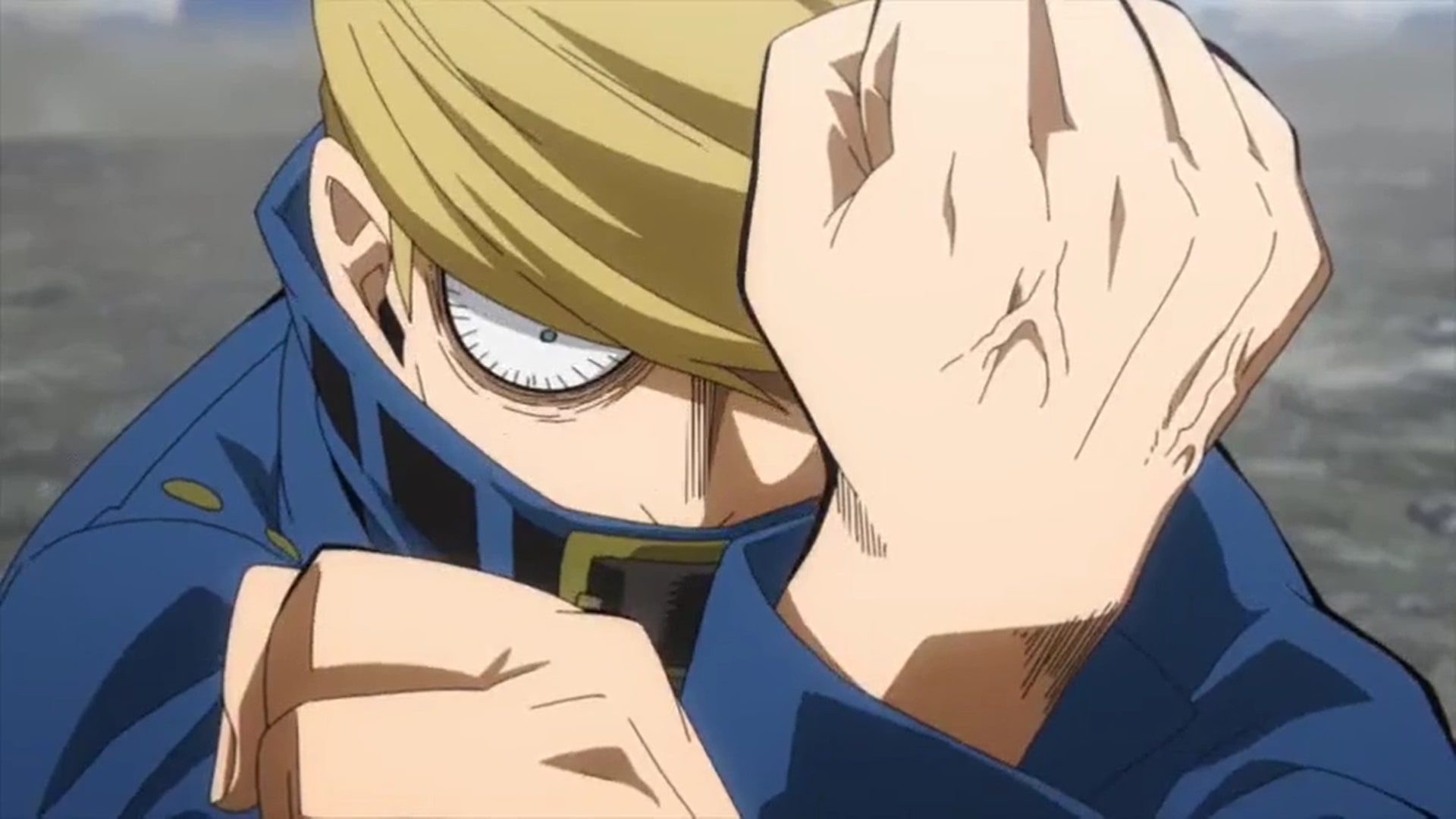 In the twelfth episode of ‘My Hero Academia’ season 6 titled ‘Threads of Hope,’ the show follows Best Jeanist as he arrives just in the nick of time to save the heroes from Gigantomachia. While he manages to restrain the giant villain for quite some time, Nomus try to attack him to create a power imbalance and free their compatriots. To everyone’s surprise, Mirio suddenly appears at ground zero and takes on the Nomus with Nejire, Ingenium, and Bakugo’s help. However, all of these efforts appear fruitless when Gigantomachia frees himself from Best Jeanist’s restrain and is about to unleash a devastating attack when something surprising happens. Here is everything you need to know about the ending of ‘My Hero Academia’ season 6 episode 12. SPOILERS AHEAD!

Just when Gigantomachia is about to attack the heroes along with Dabi, Best Jeanist intervenes and restraints every single villain. Since Shigaraki is unconscious at this point, Nejire feels that this is the right time to take him out. When she is about to attack the villain, she is blindsided by Dabi’s attack and begins to fall to the ground. Luckily, Ingenium manages to catch her just in time but she has already sustained a lot of injuries at this point. 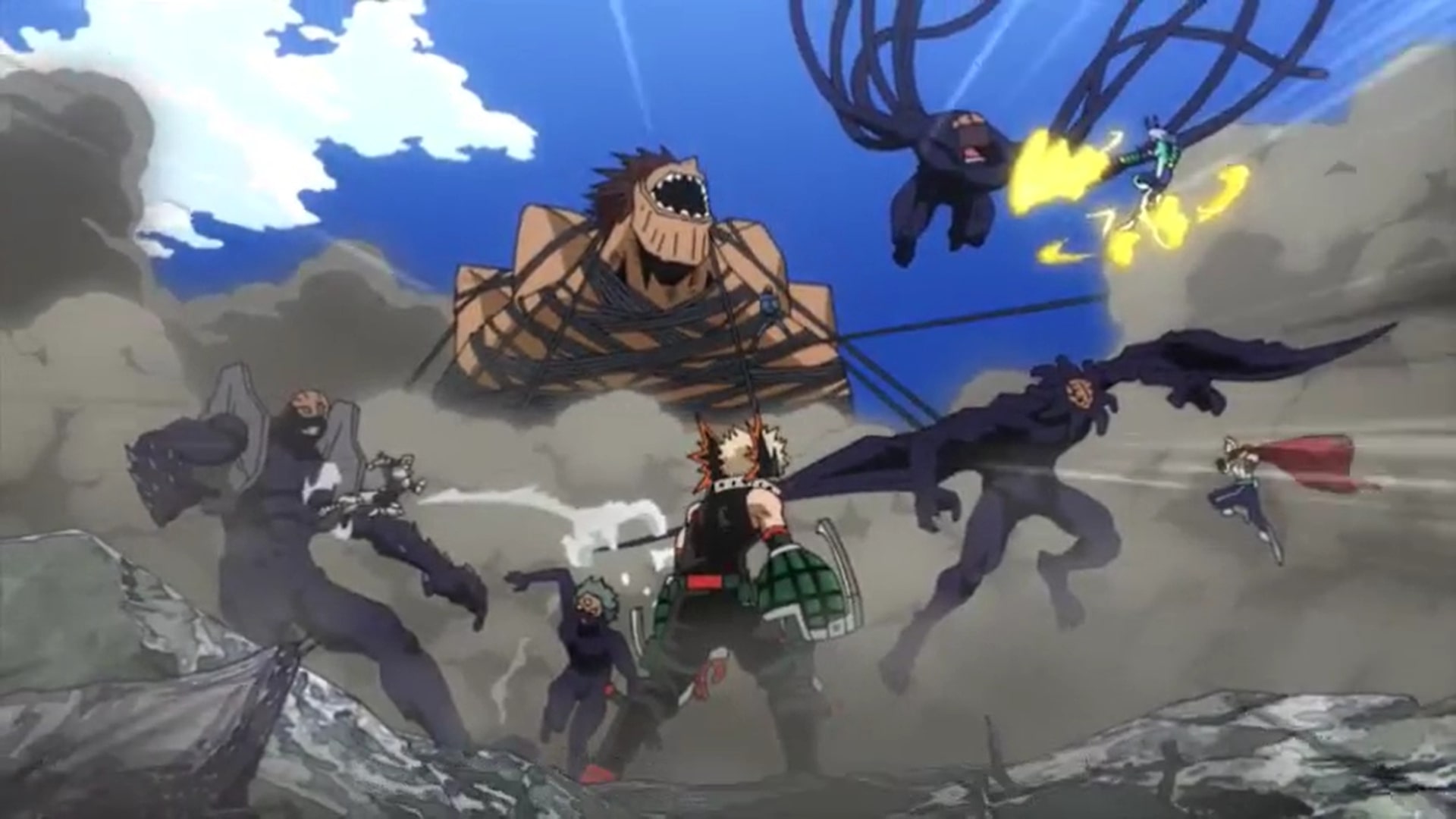 Meanwhile, the heroes who have been fighting the Nomus have managed to take down half of them but have also lost 50% of their comrades. All of a sudden a group of Nomus turn their direction and immediately fly towards Shigaraki’s location. It seems that they have some plan in mind and having seen them fight so far, the heroes conclude that they know how to strategically fight alongside one another.

It is soon revealed that the Nomus were heading straight toward Best Jeanist who has restrained their comrades. They immediately leap in his direction in order to free the villains but just in the nick of time, Mirio AKA Lemillion lunges from under the ground and fights back against all of them on his own. Deku like others is shocked to see him there but watching him fight with so much conviction uplifts the morale of his comrades as well.

Naturally, he cannot fight all the Nomus on his own for long and soon screams for help. Despite being stabbed, Bakugo jumps into action along with Nejire and Ingenium to stop the powerful monsters. Meanwhile, Best Jeanist does not even flinch from his position and continues to tighten his grip on the villains with every passing moment. 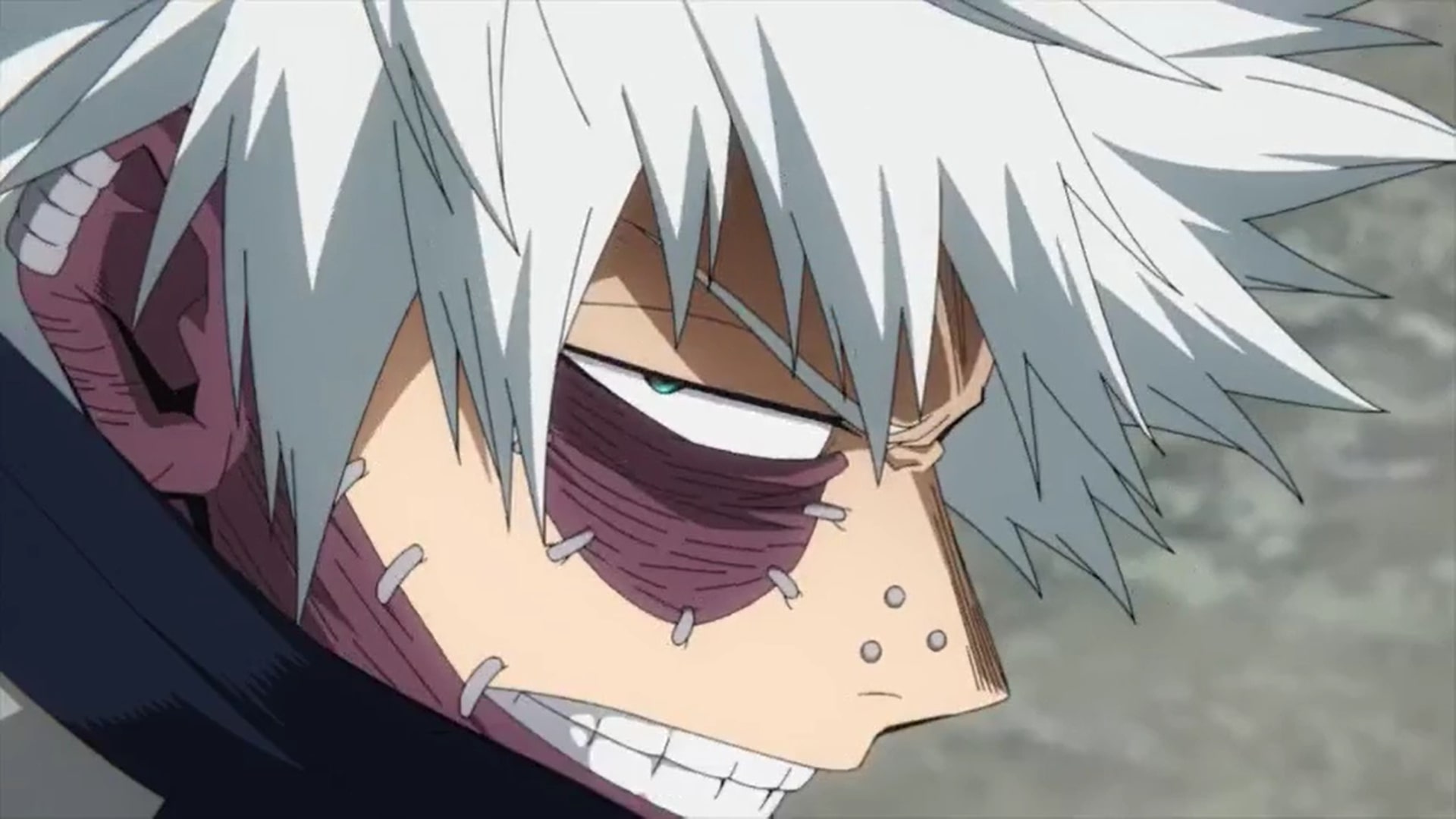 Heroes have done a wonderful job so far against the villains after the initial pushback by Shigaraki. But they are yet to take down Dabi AKA Toya Todoroki who is driven by the hate of his father to destroy the hero world. When Shoto tries to fight his brother, Dabi catches him and is about to kill him. Luckily, Deku uses his Blackwhip quirk to separate the two and saves his friend before it’s too late.

While the Nomus approach and try to take down Best Jeanist so that Gigantomachia can be freed from his restraints and attack the heroes, his companions constantly come to his rescue and save him at the very last minute. But after Shigaraki briefly comes to his senses and orders the giant villain to take on the heroes, Gigantomachia manages to break free of the restraints on his own. This is alarming for the heroes as they know what he is capable of. 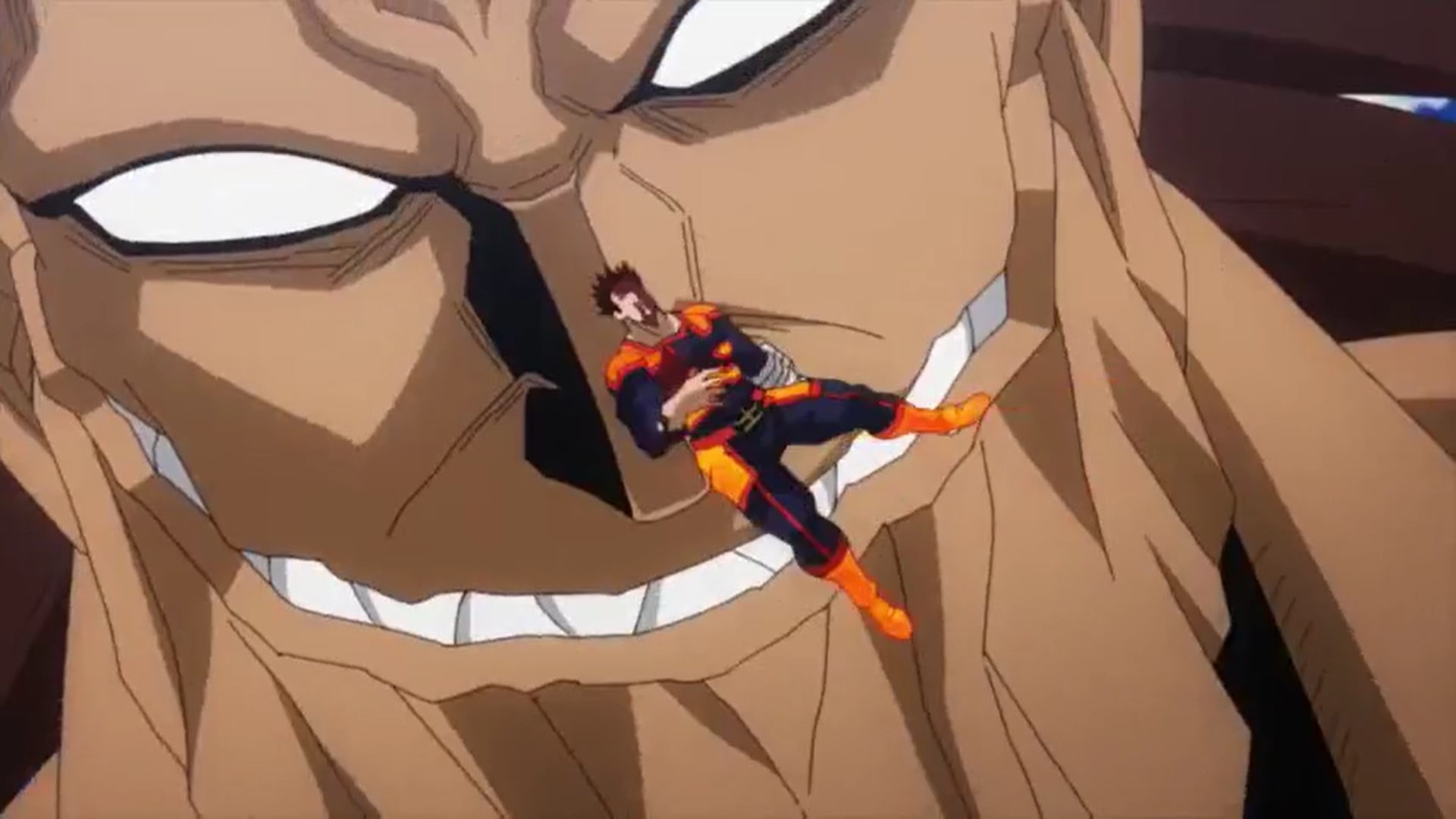 But luckily, Endeavor who has been in a state of shock for quite some time now suddenly springs into action and attacks the villain with all his strength. Exactly at that moment, the sedative used by Momo and her team of U.A High students on Gigantomachia appears to kick in and the giant villain falls to his knees. He then complains about the fact that his body can’t move anymore before losing consciousness.

Hero No. 1 who has used all his strength to attack the villain also falls to the ground and does not move from his position at all or try to slow down his free fall at any moment. This may give viewers the wrong idea that Endeavor is probably dead but it is not the case. It turns out that he has barely lost consciousness because of overexerting himself and will soon come to his senses to fight alongside his comrades and mentees.

How Did Mirio AKA Lemillion Get His Quirk Back?

When Mirio AKA Lemillion suddenly arrived on the battlefield, everyone was shocked. After losing his quirk several months while fighting Overhaul, he has been out of action as he is more of a liability on the battlefield now instead of being useful. But when he learned from Bubble Girl that the heroes were planning a raid on the villains, Mirio desperately wanted to participate in it. However, this was not possible without his quirk. 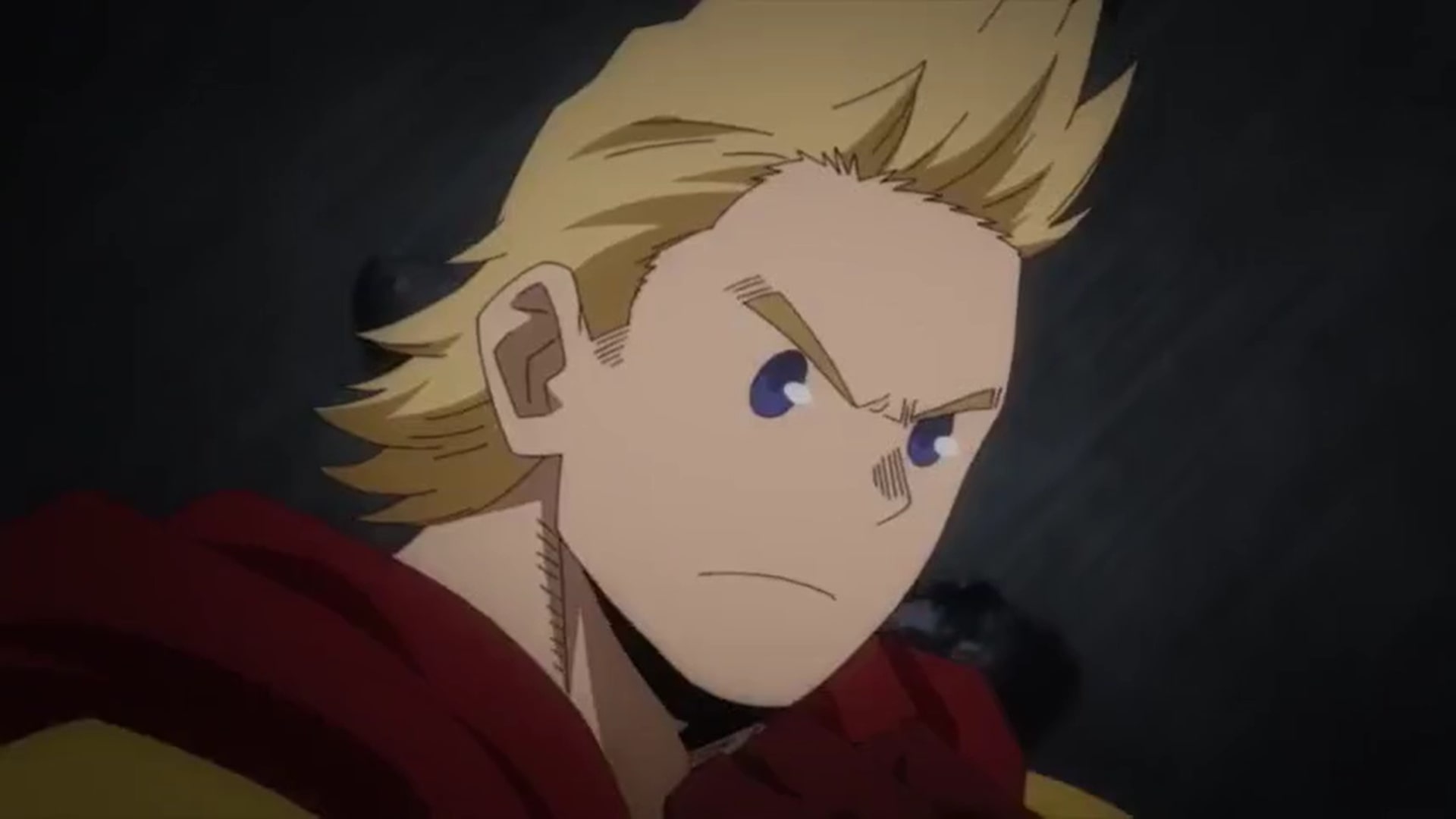 Meanwhile, Eiri has been practicing hard to control her Rewind quirk, so Mirio asks her to try to use her powers on him with the hope that his Permeation quirk will be restored. He feels sorry that he is using Eiri in this manner but is surprised when she reassures him that she has been learning to master her quirk for exactly this reason. When Eiri touches his cheeks, her powers get activated, and shortly afterward Mirio’s Permeation quirk returns.