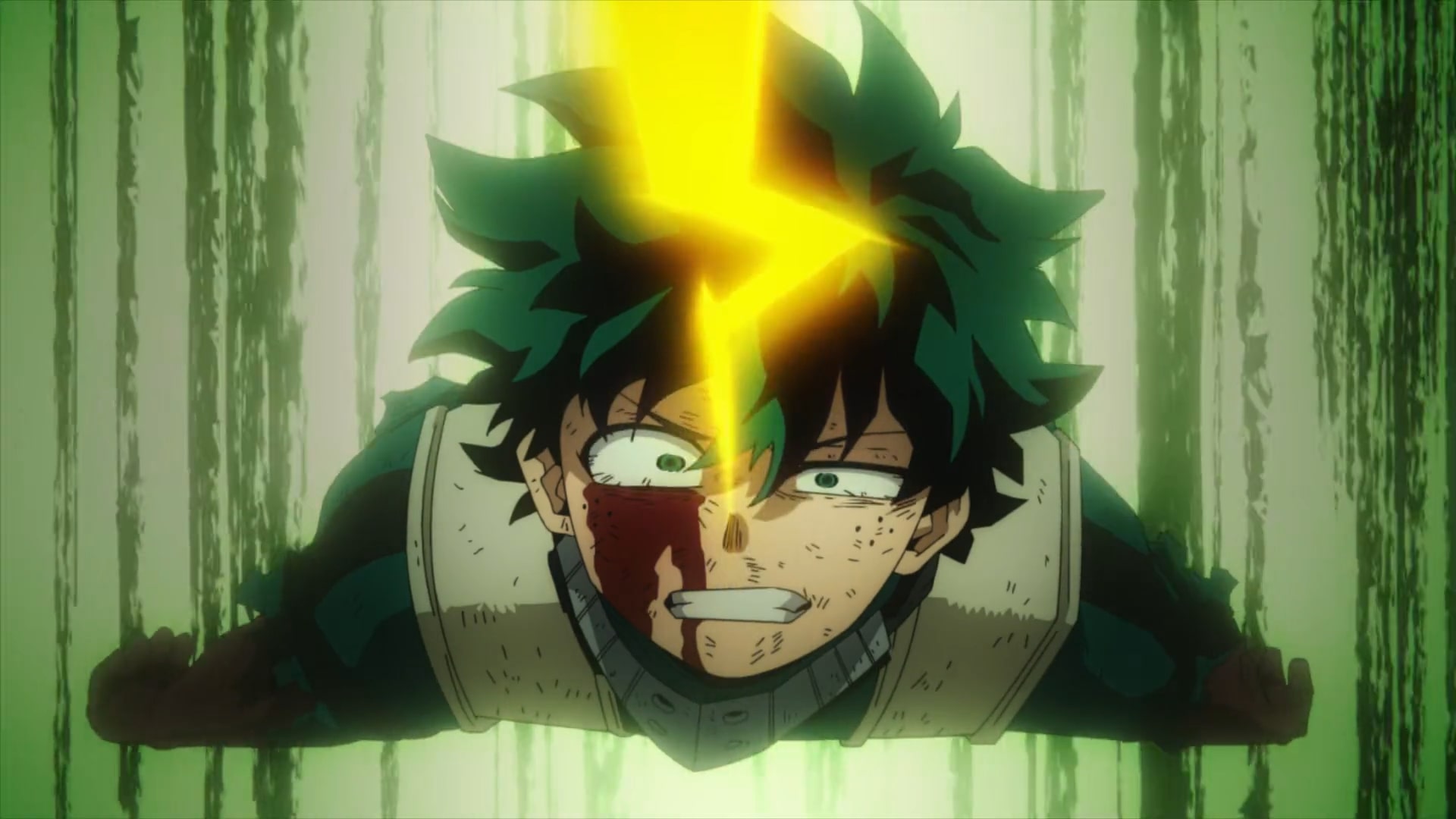 In the thirteenth episode of ‘My Hero Academia’ season 6 titled ‘Final Performance,’ Mr. Compress put his own body on the line to free himself in order to give the villains a chance of victory against the heroes. Interestingly, his sacrifice does not go in vain and One for All manages to take control of Shigaraki’s body before things get out of hand. Meanwhile, Izuku discovers something unexpected after losing consciousness momentarily on the battlefield. Here is everything you need to know about the ending of ‘My Hero Academia’ season 6 episode 13. SPOILERS AHEAD!

After the sedative finally kicks in and knocks out Gigantomachia, Best Jeanist manages to tie up all the villains using his quirk so that they are effectively taken out of the battle- giving heroes an unprecedented moral victory. But it has come at a huge cost as most heroes are heavily injured or knocked out. Therefore, Best Jeanist tries to make his grip even stronger to strangle the enemies so that they lose consciousness soon. 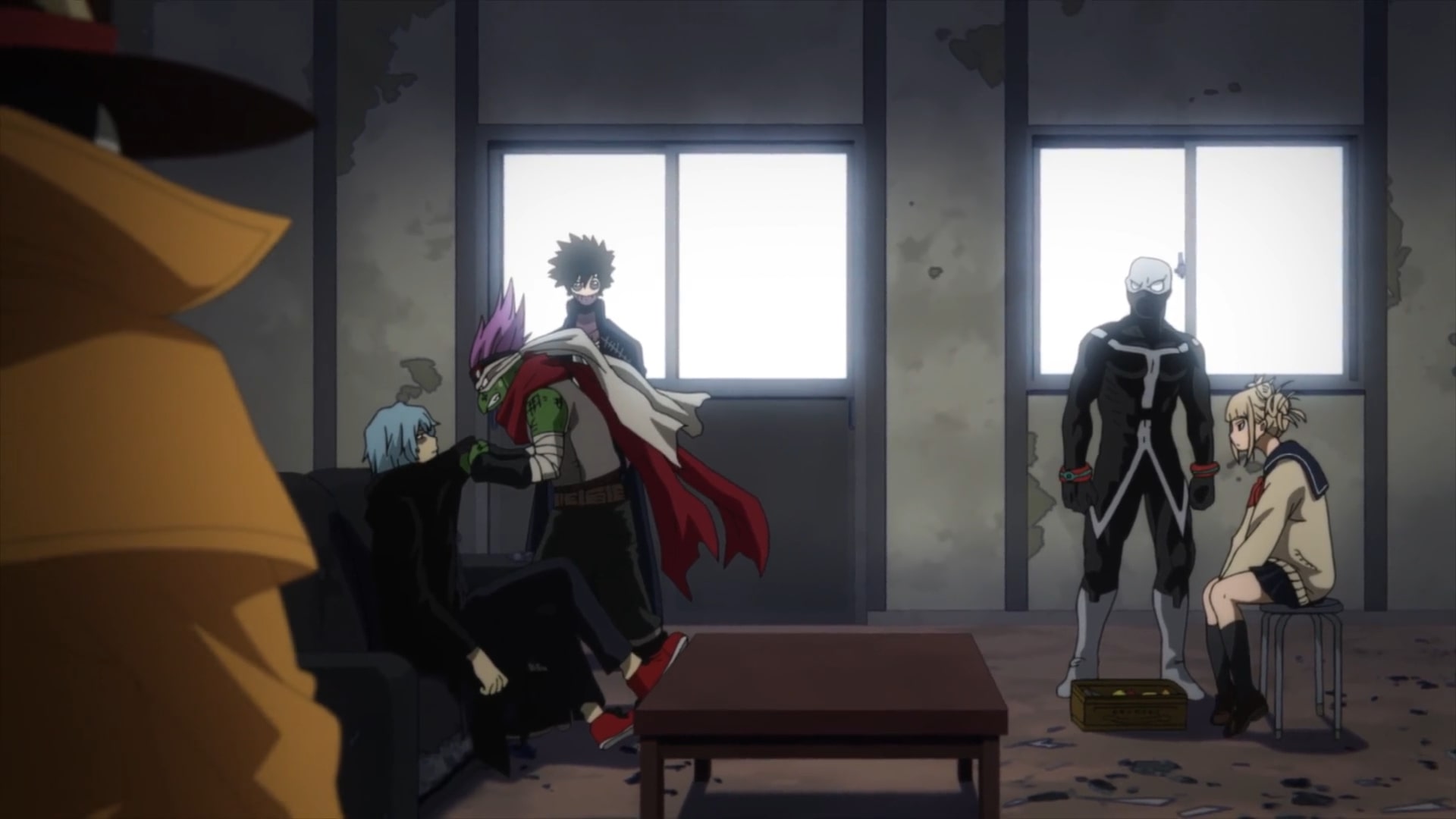 Meanwhile, Mr. Compress recalls the early days of the League of Villains, when they used to struggle financially and barely had much to eat. While Shigaraki is barely conscious and others are not even in the position to fight, he realizes that this is now his responsibility to pull off something unexpected and give his companions a shot at victory.

My Hero Academia Season 6 Episode 13 Ending: Is Mr. Compress Dead? What is His Real Name? How Was He Related to the Peerless Thief?

As Mr. Compress put his own life on the line and digs his own body to make enough space for movement, he is able to shift his hand from its original position and use his quirk. When he manages to free himself, Best Jeanist quickly tries to tie him up again but the villain is quick to break free instantly by anticipating his aim. Mr. Compress is determined now to give his friends a chance to win. It is then revealed that Mr. Compress’ real name is Atsuhiro Sako. He recalls being told (supposedly by his father) about Oji Harima or the Peerless Thief when he was really young. 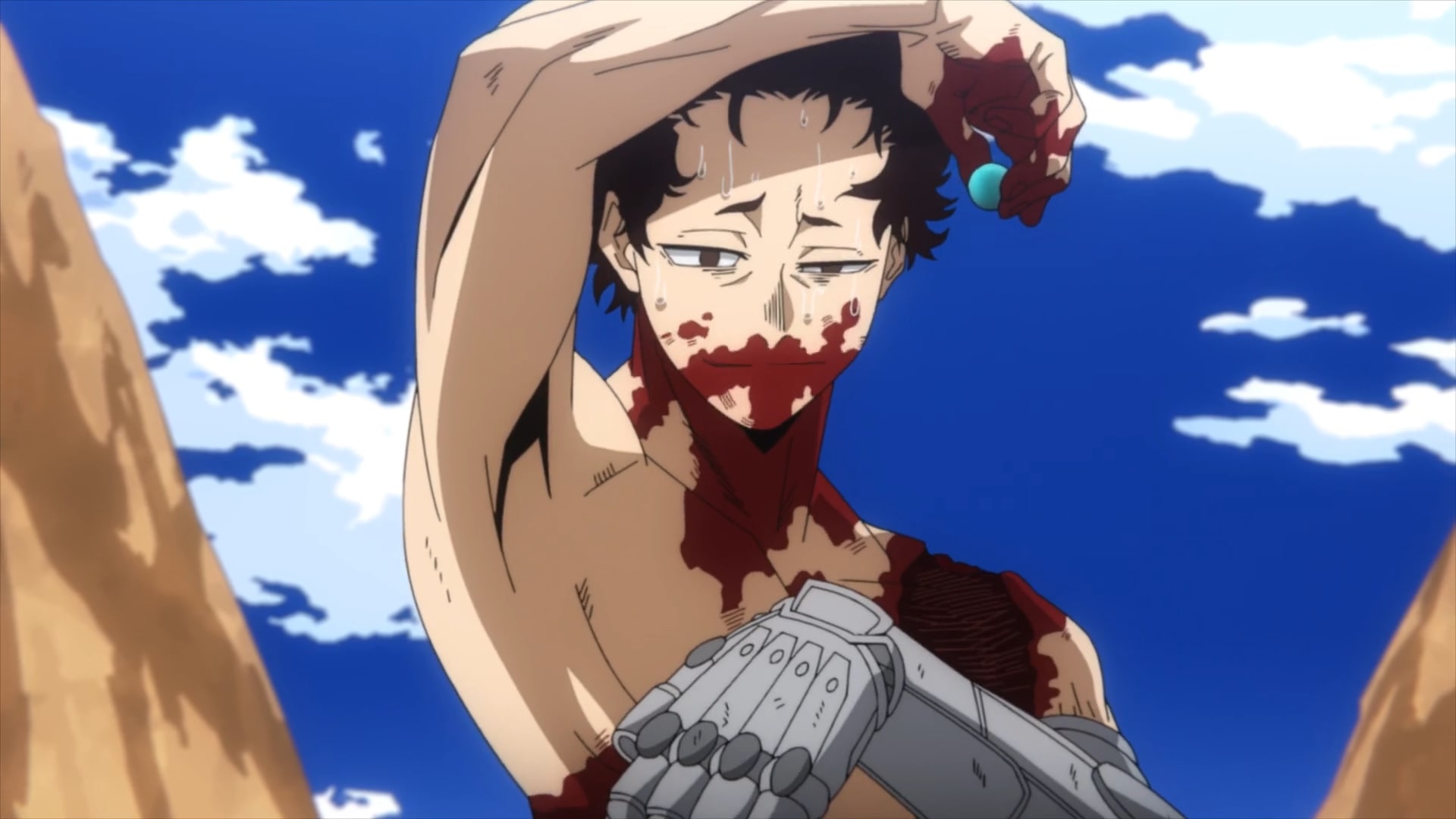 When the hero society was just shaping up to represent its present form, he was quite active and was critical of the Pro Heroes who made a fortune by protecting the civilians. Harima felt that they were corrupt and decided to attack them directly. He would often steal their money and distribute it amongst the common people who he felt were the true owners of the fortune. It turns out that Mr. Compress AKA Atsuhiro Sako is actually the great-great-grandson of the Peerless Thief. Confident that he could provide an advantage to the villains, Mr. Compress manages to free Shigaraki and Spinner as well.

While Spinner tries to wake up Tomura, Mr. Compress prepares to reveal another mysterious trick up his sleeve but Mirio with his well-timed attack manages to take down the villain just in the nick of time. Unfortunately, One for All has taken back control of Shigaraki in the meantime and goes on to push back the heroes to make a retreat. Mr. Compress’ injuries were too serious by this time and he seems to die sometime later during the battle.

What is Danger Sense? Who Did Izuku Acquire it From? 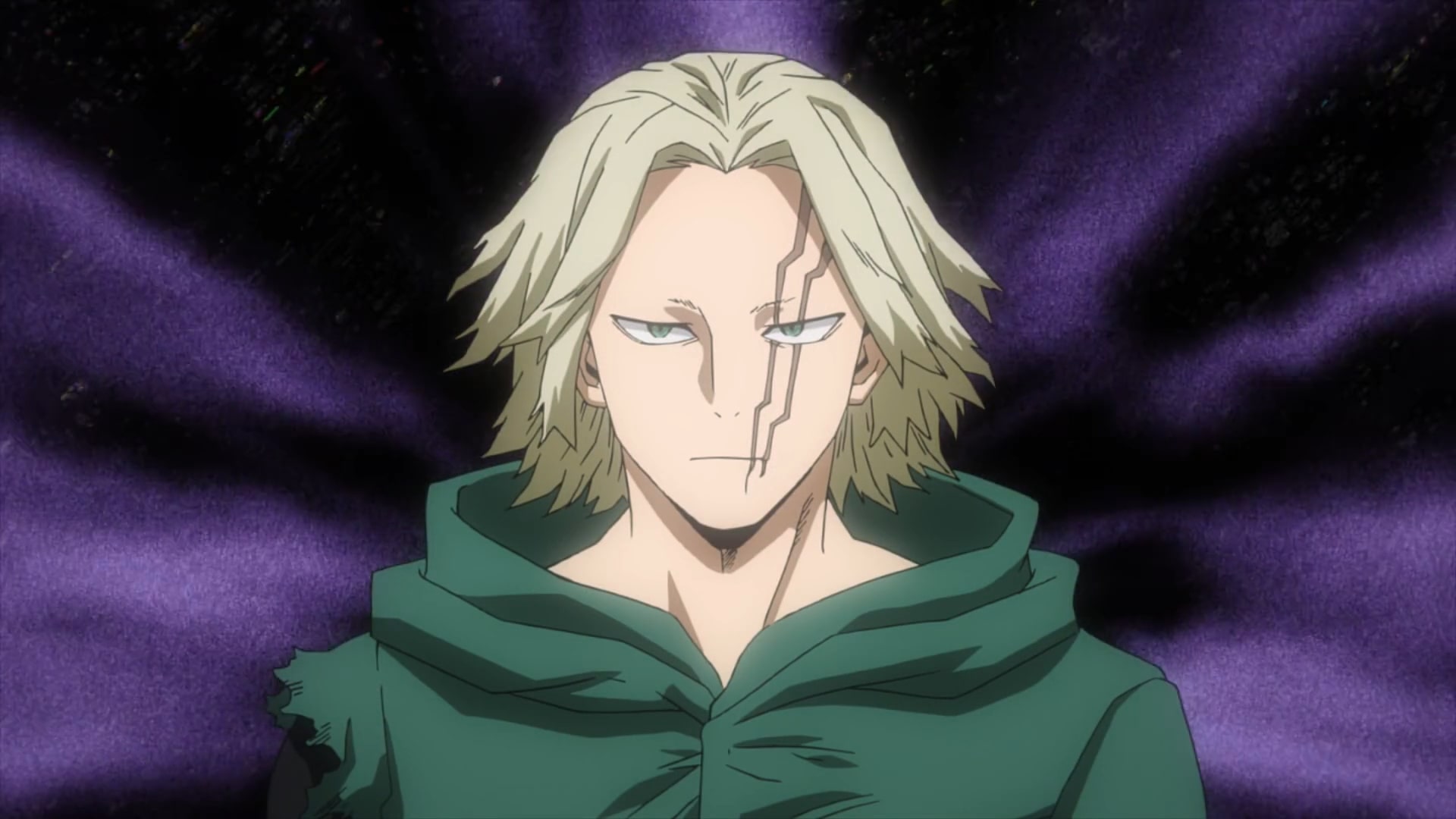 As the name suggests, the Danger Sense is a quirk that allows users the ability to sense an incoming threat, which can be critical in combat as it gives one more time to react to the potential attack. The functionality of the ability is primarily dependent on negative emotions and the intent of the aggressor. The quirk was originally used by the fourth user of the One For All Quirk, Hikage Shinomori. While fighting against the Paranormal Liberation Front, Izuku accidentally manifested it and realized it much later when he was helplessly lying on the ground.

Does Izuku Manage to Stop Shigaraki?

After Igenium, Shoto, Lemillion, and others have tried their best and failed to stop Shigaraki and his men from running away, Izuku feels that it is now his responsibility to turn the tables in the favor of the heroes. While Shigaraki (who is currently controlled by All for One) is getting away, Izuku uses the Blackwhip quirk from his mouth for forward mobility to close the distance between him and the villain. 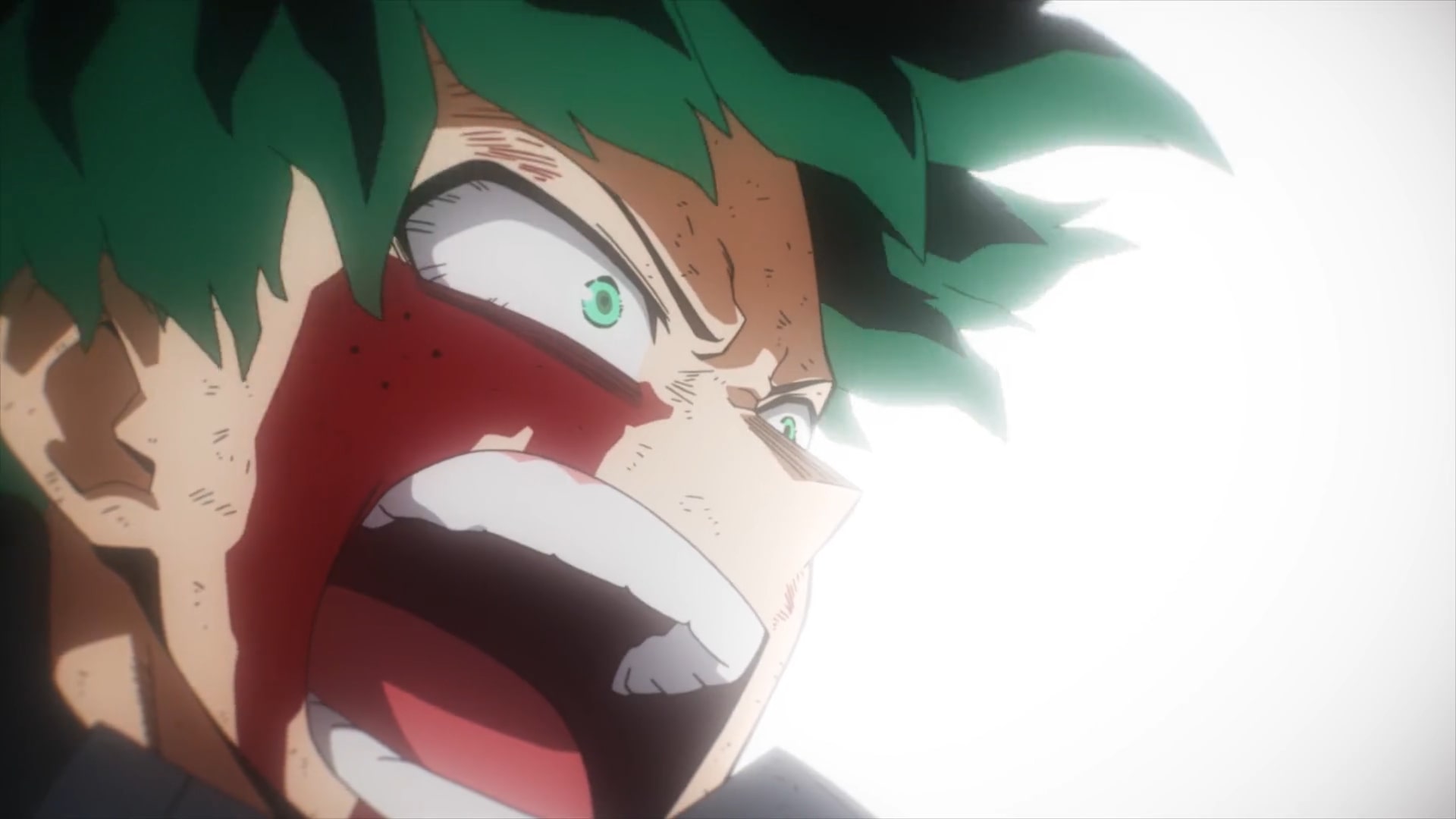 It is a desperate effort and with both of his arms completely broken, he is in no position to fight Shigaraki. One for All mocks Izuku and goes on to warn him before directly attacking All Might’s successor. One attack is more than enough to take down Izuku who is unable to fight back against the villain.