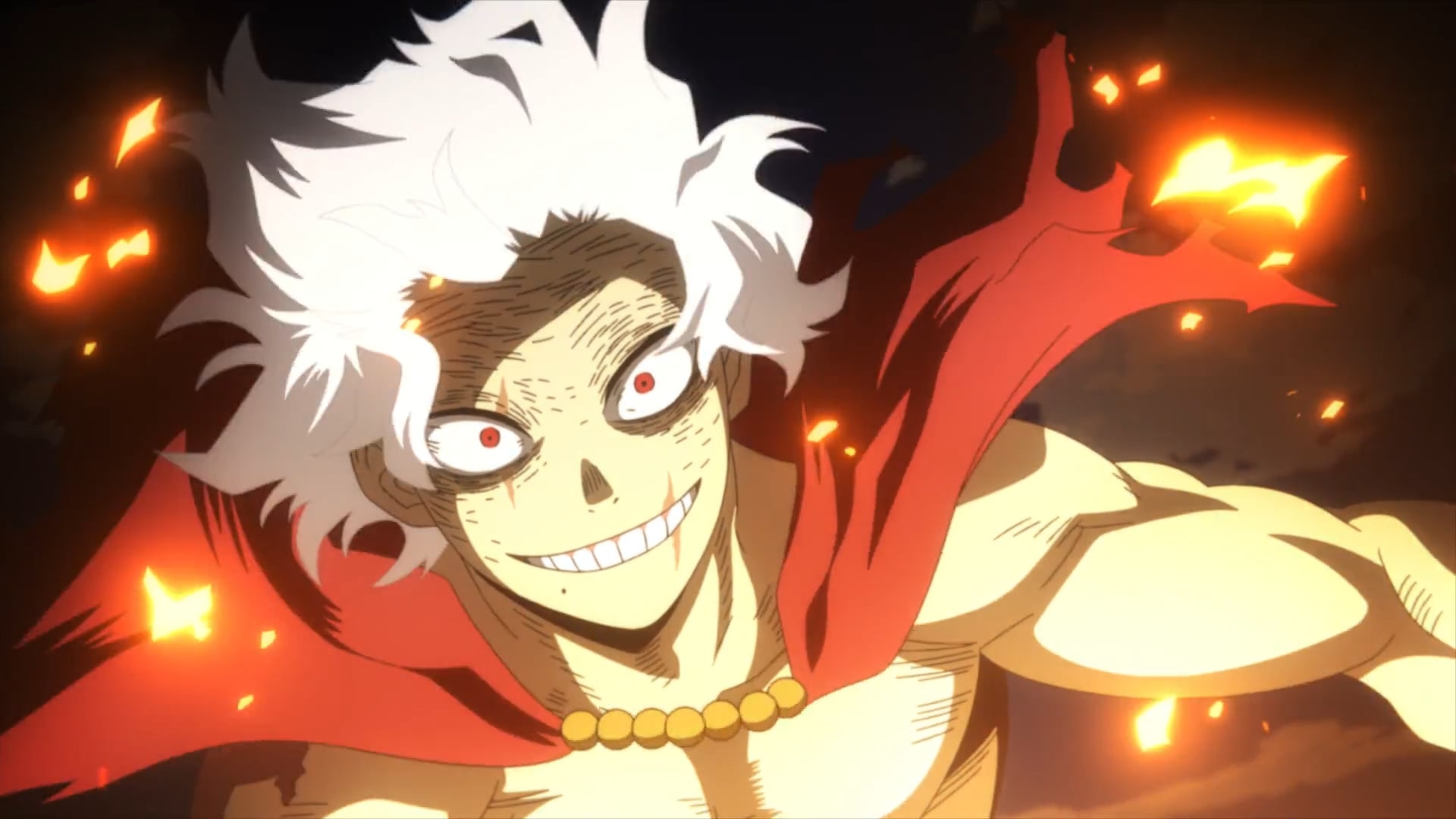 In the sixth episode of ‘My Hero Academia’ season 6 titled ‘Encounter, Part 2,’ the Pro Heroes continue to push back against the villains at the Gunga Mountain Villa until Gigantomachia emerges from underground after receiving direct orders from Tomura. Meanwhile, Endeavor decides to take on Shigaraki as soon as the dust settles near the Jaku Hospital. However, Tomura suddenly has the urge to find out Izuku, the present holder of One for All. Here is everything you need to know about the ending of ‘My Hero Academia’ season 6 episode 6. SPOILERS AHEAD!

At the headquarters that monitor the entire operation against the villains, a piece of sad news soon comes from ground zero that contact with Pro Heroes working at the Jaku Hospital has been lost following Tomura’s decay wave. Luckily, they had managed to escape moments before the wave hit the nearby localities. Meanwhile, at Gunga Mountain Villa, Tokoyami takes Hawks to safety after rescuing him from Dabi while Midnight has fallen to the ground following Geten’s ice attack. 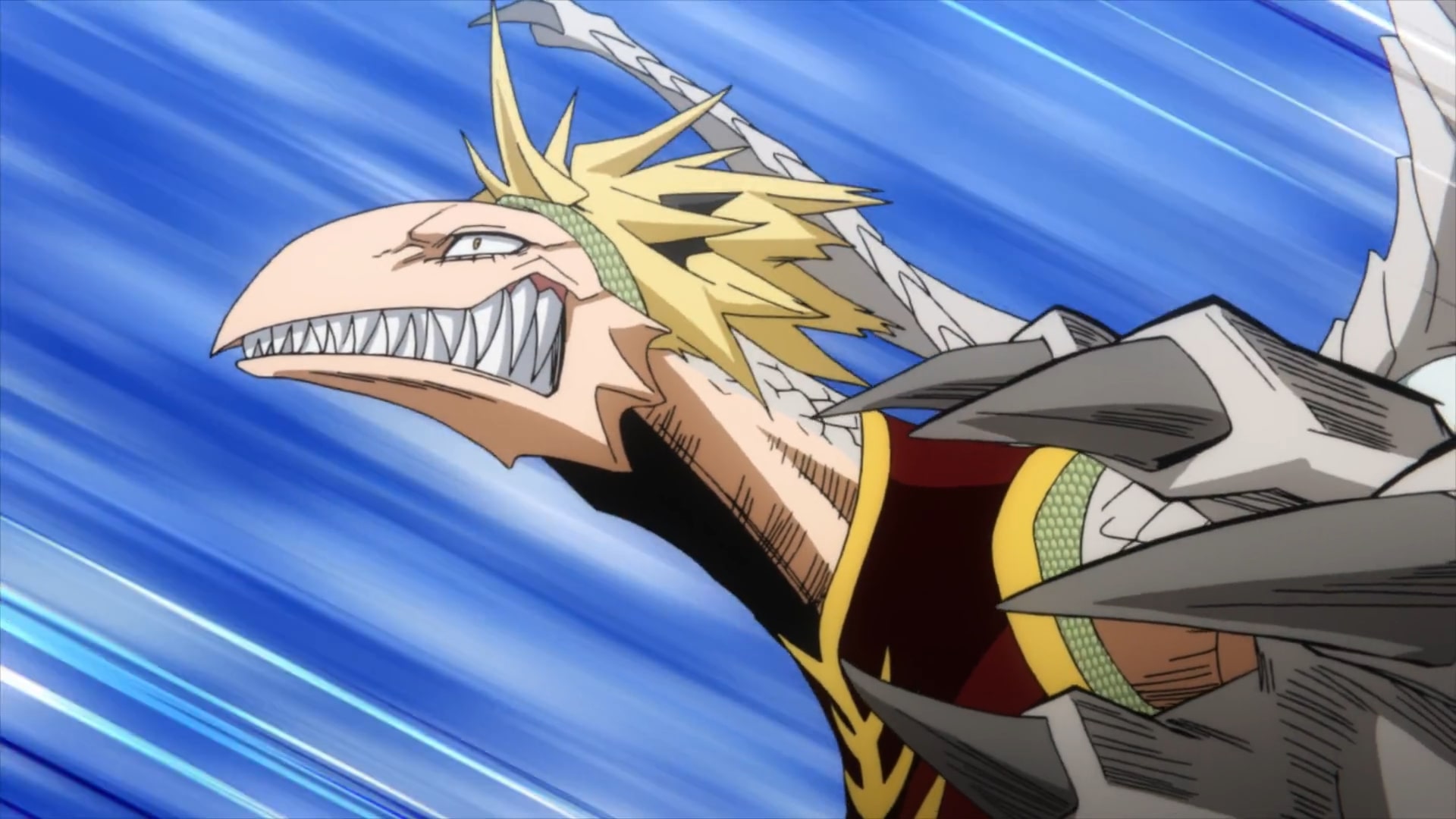 However, the Pro Hero is infuriated by the fact that the villains managed to hurt her. With Cementoss’ help, she unleashes a brutal counterattack on the villains. But little do the heroes know that Tomura has contacted Gigantomachia. Suddenly the ground starts shaking and the giant villain emerges in front of the Pro-Heroes on the frontline. Elsewhere, Izuku can feel the impending doom as the evacuation work is being done.

My Hero Academia Season 6 Episode 6 Ending: Why Does Tomura Want to Find Izuku? How is He Able to Track Him Down?

After Shigaraki has contacted Gigantomachia, he is preparing himself to unleash death and destruction on the hero world with no remorse in his heart for anyone. But before he could do anything, Endeavor finds him and starts relentlessly attacking the villain. The No. 1 Hero knows that Tomura poses a very serious threat to the hero world and must be taken down as soon as possible. 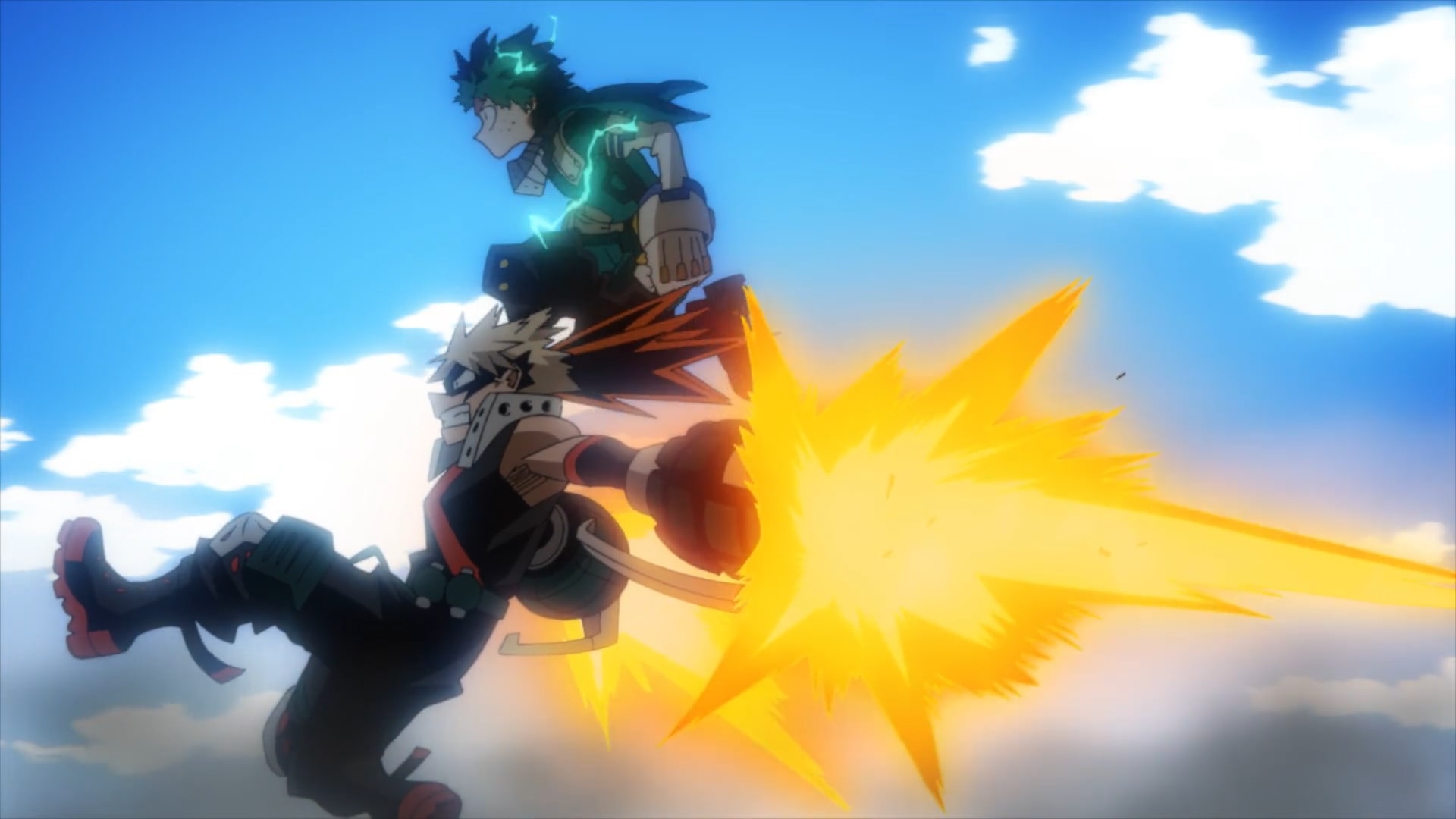 Therefore, Endeavor does not hesitate even one second to use Hellfire on his enemy and tries to kill him on the spot. But to his surprise, Shigaraki not only manages to leap toward him but is also able to regenerate his tissues instantaneously. While he tries to use Decay on the No. 1 Hero, Endeavor manages to evade his attacks. However, in the middle of the fight, Tomura is disturbed by a deep-rooted internal desire to find One for All. Luckily for him, All for One has stolen the Search quirk from Ragdoll. Search allows the user to find the location and the weakness of whomever one looks at. Tomura uses it to his advantage and manages to figure out that Izuku is somewhere near the area where the heroes along with students with provisional certificates were busy doing the evacuation work.

With no fear of Endeavor, the villain shows his back to the No. 1 Hero as he uses his impressive muscular powers to leap toward Izuku’s direction. Luckily, Izuku figured out through the radio communication that Tomura was repeatedly blabbering about One for All. At that moment, All Might’s successor knew that Shigaraki was now coming for him. Therefore, he decided to immediately run away from the evacuation zone to ensure that the civilians are not injured because of him. 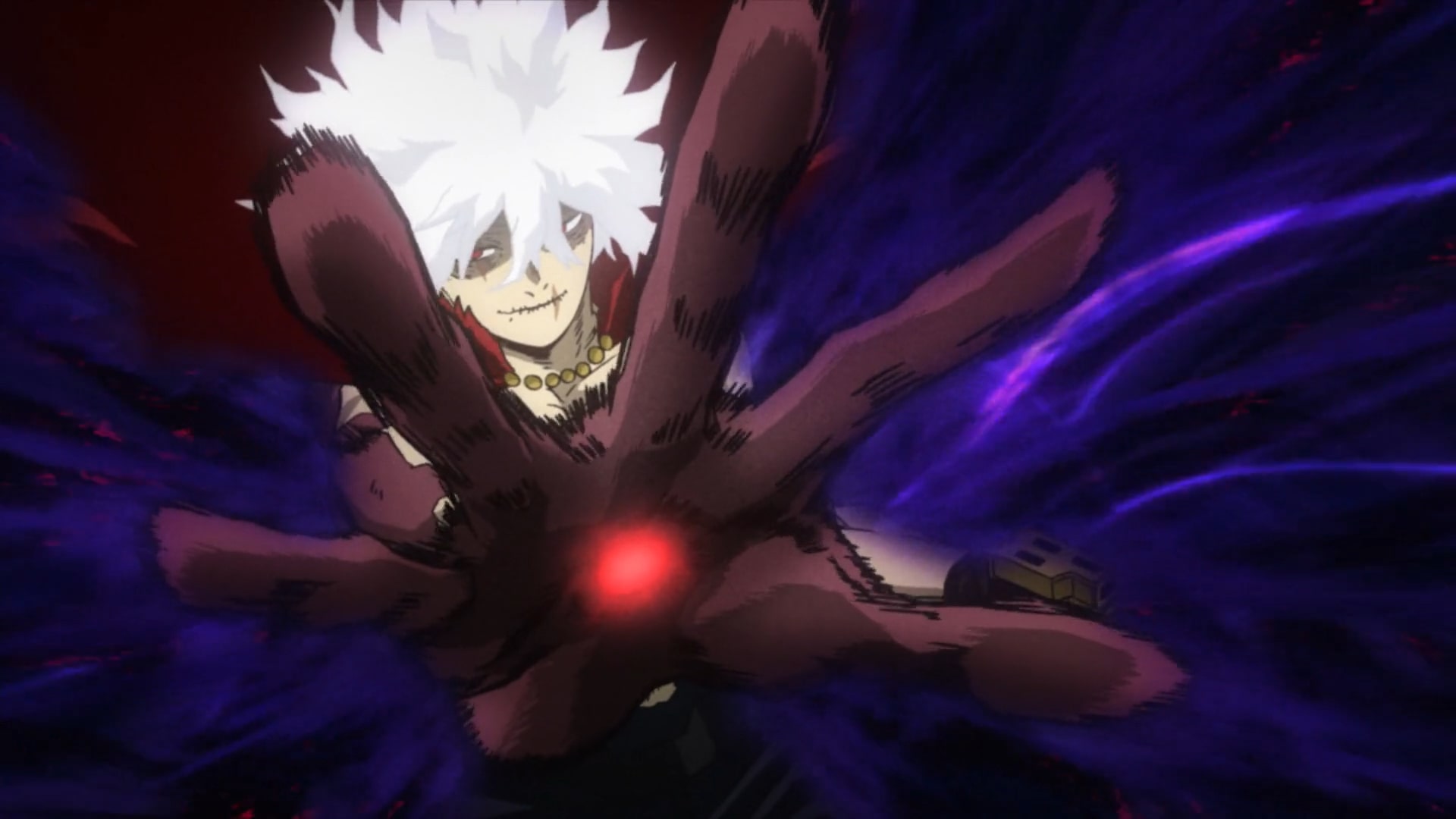 Bakugo realizes what Deku is trying to do and follows his friend without even thinking twice. Both of them are aware of the threat posed by Tomura who has now overpowered thanks to Dr. Garaki and his genius experiments that took decades to finally bear fruit. On their way, Deku informs Endeavor over the radio that he is deliberately making Tomura follow him to an isolated location so that civilian casualties can be limited. But Tomura is determined and is not ready to settle down for anything less. He knows that by acquiring One for All from Deku, he will become unstoppable, so the villain is relentless in his pursuit.

Who Saves Deku And Bakugo’s Life?

When Deku is telling Endeavor about his plans, Tomura notices that the heroes are contacting each other using wireless devices. Therefore, he unleashes a shock wave that destroys them and also starts some inexplicable movements in the containers in Garaki’s secret lab that are now buried underground. When Tomura notices that Deku has changed his direction of movement, he quickly adjusts accordingly and eventually manages to catch up to him. 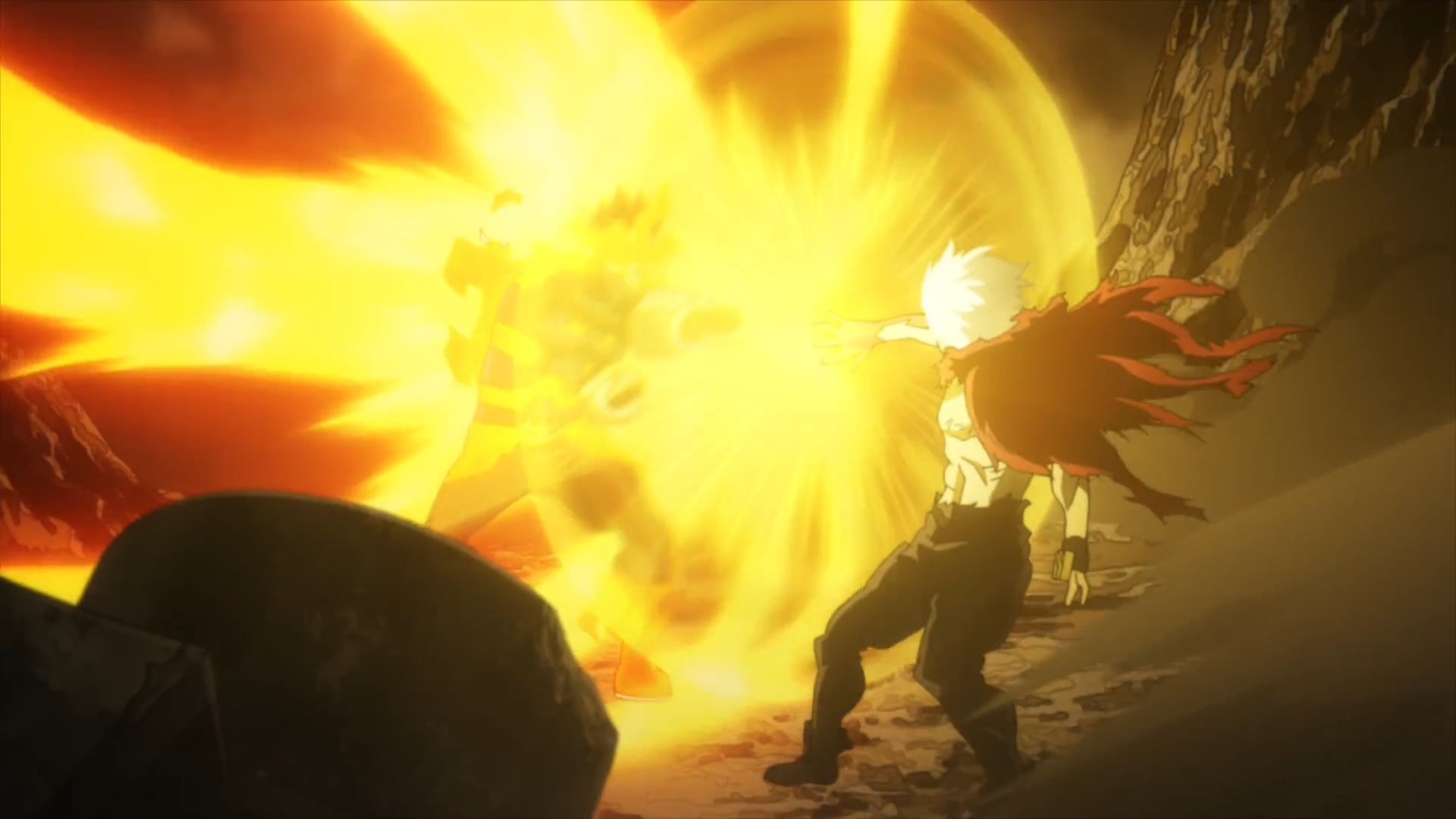 Deku and Bakugo are inches away from Tomura’s hand when Gran Torino grabs both of them and takes them out of harm’s way. If it hadn’t been for him, both of them would have been impacted by the decay quirk and died on the spot. But the trouble for the heroes is far from over as they suddenly realize that Garaki’s Nomus is somehow alive and are coming out of the now-buried secret lab.