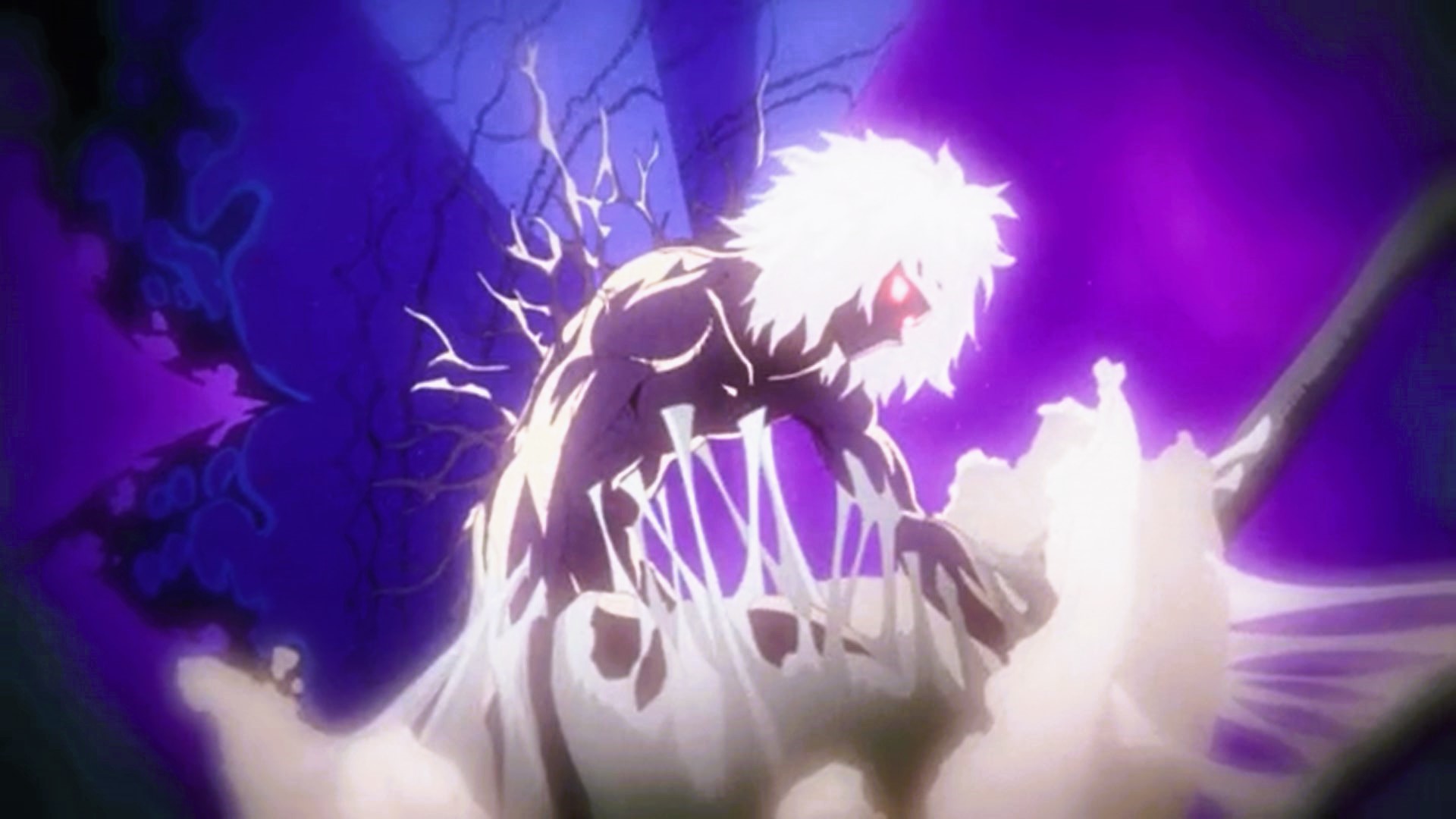 In the seventh episode of ‘My Hero Academia’ season 6 titled ‘Disaster Walker,’ the Heroes watch helplessly as Nomus emerge from the underground to participate in the battle. Meanwhile, Shigaraki realizes that Aizawa is using his Erasure quirk to deny him access to his Decay wave. When he tries to target him, Deku and Bakugo stop him just in the nick of time. Meanwhile, Gigantomachia starts to make a move from the Gunga Mountain Villa to be with Tomura as soon as possible. Here is everything you need to know about the ending of ‘My Hero Academia’ season 6 episode 7. SPOILERS AHEAD!

Sometime after Tomura released his decay wave in Jaku City, the media finally starts bringing live reports to viewers across Japan. It turns out that a significant part of the region is already destroyed and citizens are being evacuated by the combined efforts of heroes and the police. Moments after saving Deku and Bakugo from Shigaraki’s Decay quirk, Gran Torino notices that Nomus are emerging from Dr. Garaki’s destroyed facility. 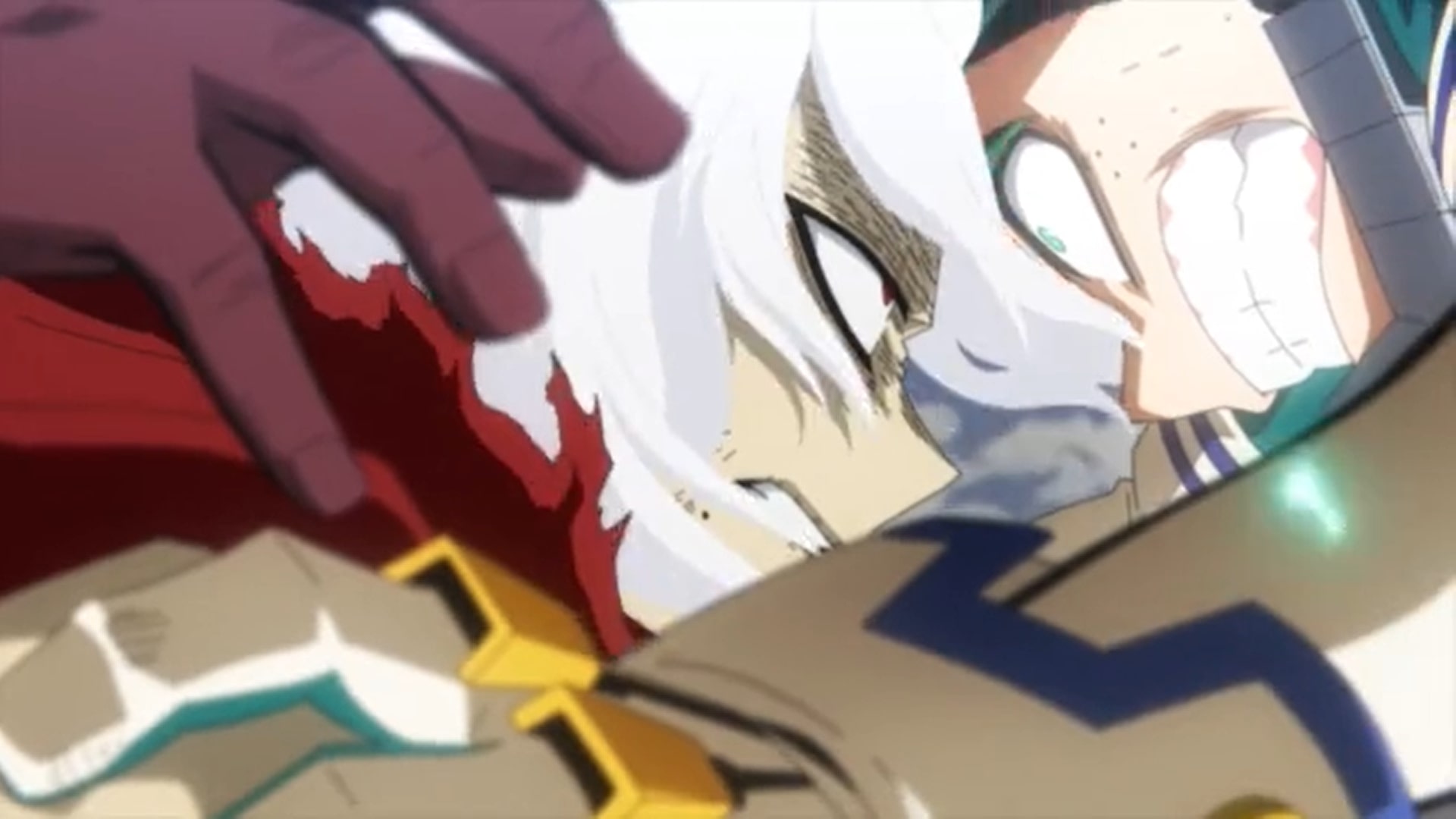 This is a piece of bad news since the heroes barely have any idea to keep Tomura at bay and fighting Nomus alongside him will be an uphill struggle. Meanwhile, Endeavor is putting his life on the line to fight Shigaraki with the help of Ryuku. The two of them try their best but Tomura is just too powerful and manages to take them both down with his sheer strength alone. Although Shigaraki has the upper hand in the fight, he realizes that he is unable to use his Decay Wave because of Aizawa.

Tomura knows that he can turn the battle in his favor if he manages to eliminate the Erasure quirk and that’s exactly what he tries to do. But when he plunges in Aizawa’s direction, the other heroes also spring into action to protect him. Unfortunately, all of them soon realize that they are too late and it appears that they may lose their friend soon. Luckily, Izuku intervenes at the right time and with Bakugo’s help unleashes a relentless attack on the villain. Soon Endeavor also joins the U.A High students as the battle with the leader of PLF continues.

My Hero Academia Season 6 Episode 7 Ending: Why Does Gigatomachia Want to Get to Jaku City?

While Shigaraki is fighting the heroes on his own in Jaku City, Gigatomachia suddenly emerges from the underground facility at the Gunga Mountain Villa. Moments earlier, Tomura contacted him after getting forcefully awakened from his long sleep and told him to join the revolution that he is about to commence. The villain plans to destroy everything in his path and before he starts he wants his loyal followers with him. 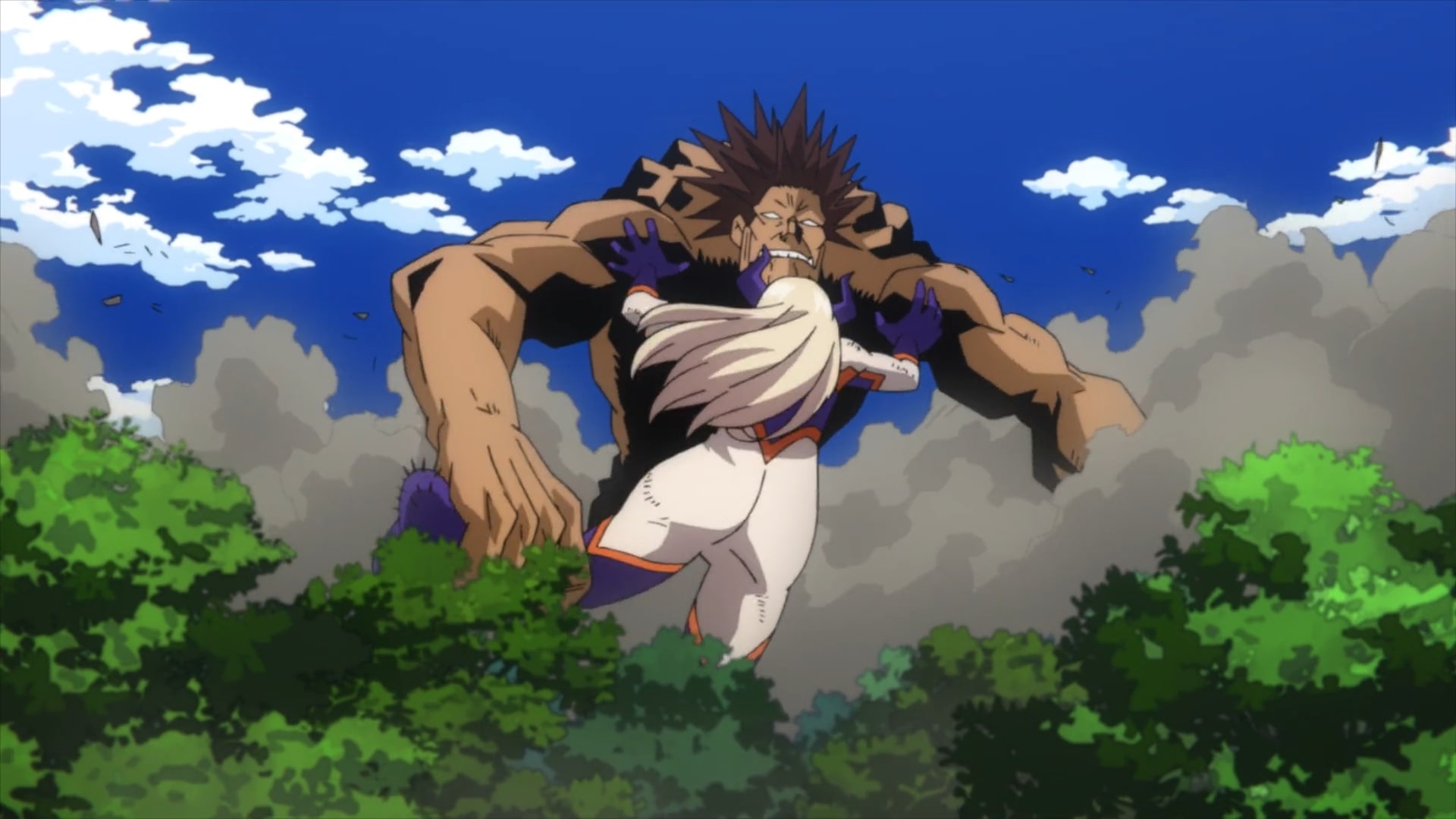 As soon as Gigatomachia gets this message, he immediately springs into action. When he emerges from the underground facility, Gigantomachia puts the original members of the League of Villains on his back before he begins to make a move. Soon Gigantomachia heads towards Jaku City but Mt. Lady is right in his path. He sprints without even paying any attention to her although she tries her best to stop him.

Gigatomachia is so powerful that all she manages to do is slow him down but not in a significant manner. Midnight also tries her best but fails miserably and gets injured in the process. That’s when she contacts Yaoyorozu and tells her about her plan to put Gigantomachia to sleep using sedatives. Class 1-A and 1-B students decide not to run away from a fight and prepare to confront Gigatomachia with or without the help of Pro Heroes.

Ever since the raid of the Gunga Mountain Villa began, the villains desperately fought back to ensure that the heroes do not suppress their brewing revolution. In their efforts, Geten with his Ice Manipulation has played a critical role. When Gigantomachia is trying to get to Jaku City to fight alongside Shigaraki as soon as possible, he ignores all the heroes in his path. Meanwhile, other villains of the Paranormal Liberation Front are trying to keep the heroes at bay. This is where Geten plays a very crucial role thanks to his Ice Manipulation which is ideal for long-range attacks.

However, Pro Hero Cementos realizes this at one point in the battle and uses his quirk to trap the villain by creating a huge wave of cement. It appears that Geten is trapped and suffocated inside it. But it turns out that Re-Destro emerges at the right time and saves the villain. This is also clearly stated in Horikoshi Kouhei’s Japanese manga series which serves as the inspiration for the anime. Therefore, to sum up, no, Geten is not dead and fans will likely get to see him fight more in the Paranormal Liberation War Arc.