Has Anyone Died on Naked And Afraid? 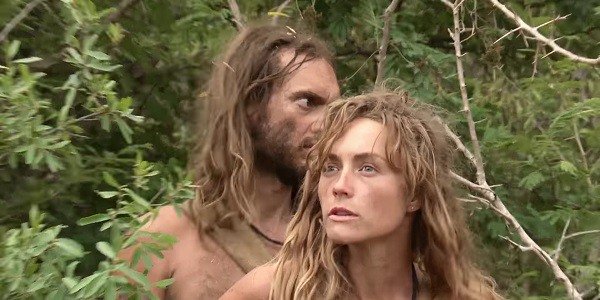 ‘Naked and Afraid’ is a reality show that tests contestants on their survival instincts — and that too under the most extreme conditions. No clothes, food, water, or shelter – the participants are required to fend for themselves while battling harsh environmental conditions. Although there is a camera crew following them to document the ordeal, the production team cannot intervene. The survivalists are on their own – literally! So, this raises the question. Considering the grueling terrain and surroundings, without the availability of basic necessities, do contestants face the danger of life-threatening conditions? Or has anyone died while filming the show? Let’s find out.

Naked And Afraid Deaths and Injuries

Thankfully and fortunately, no contestant has died in ‘Naked and Afraid’ to date. But there have been a few instances when contestants did have a close brush with death.

Manu Toigo, in season 1, was bitten by a mosquito that got her infected with a serious illness. After the bite, once she returned home to LA from her ordeal in the Panamanian coast, she started suffering from recurrent headaches and nosebleeds.

She became extremely weak and eventually, had to be admitted. There, it was confirmed that she contracted dengue hemorrhagic fever in the wilderness. Fortunately, following extensive treatment, she made a full recovery.

Another case that generated massive controversy was the “near-death” experience of Honora Bowen. After being dropped off with her partner Matt Strutzel in Brazil’s North Region, she passed out and had to tap out. But later, she revealed that she had faked the whole scenario. Honora had been asking to leave the show because of her bladder issue. But apparently, the producers ‘goaded’ her to carry on. Hence, she put up an act.

Honora later wrote a blog where she explained how she managed to get herself eliminated. She allowed her body to go catatonic — fully limp — as she was already on the verge of collapsing. Hence, the act was easy. Her blood pressure was around 40-60 and this made her pretty close to reaching a comatose stage. Therefore, playing dead came almost naturally.

Army vet Samantha Ohl and newlywed Adam Adams were stranded in the mountains of Croatia in season 8. After battling extreme hunger and frigid temperatures, Samantha is one more contestant who had a close encounter with death. She and her partner were trapped in a rainstorm and the temperatures dipped like crazy. The only way out was to share body heat but Samantha denied doing so with Adam. As a result, she fell seriously ill and Adam had to call a medic. Samantha was diagnosed with stage-two hypothermia.

The situation was extremely tense since the medic started worrying that Samantha’s organs would stop functioning. However, she was admitted to the nearest hospital on time and she survived without any permanent damage to her health. Samantha later admitted that she still regrets not having been able to finish her challenge.

‘Naked and Afraid’ producer Steve Rankin, while scouting for shooting locations in Costa Rica in 2013, was bitten by a pit viper. When the venom traveled up his leg, his foot was severely infected. But he also made a full recovery after being transported to the hospital on a helicopter.