Nany Gonzalez From The Challenge: Everything We Know 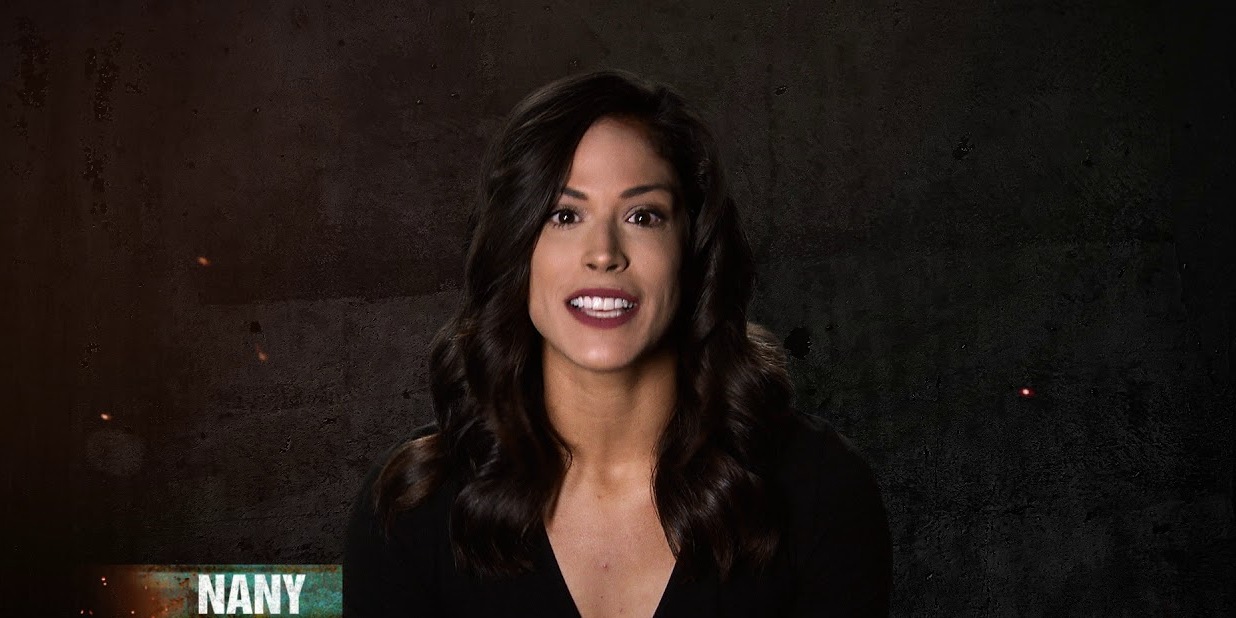 Noemi Carmen “Nany” González is a Dominican-American reality star known for intermittently participating in MTV reality shows like ‘The Real World: Las Vegas’ in 2011 that her career initially kicked off with. Nany has been on a tumultuous journey with MTV for almost ten years now. ‘The Challenge’ has since then witnessed her grow after multiple exits, and become more consistent in her daily challenges.

Nany’s recent appearance in the ‘The Challenge: Double Agents’ are overthrowing viewers with joy. The 36th season of the MTV reality show also renewed her long lost dynamic with old contestants from the show like Cory Wharton and Aneesa Ferreira. Her unforgettably vigorous performance in the show motivated us to dive into her personal life. Here’s everything we know!

Nany Gonzalez is a 31-year-old athlete whose biggest advantage is her size and natural versatility. She was one of the strongest contestants in ‘The Challenge’ back in the mid-2010s, and in terms of performance, proved to be able in almost every daily challenge. Gonzalez was born to a mother who suffered from crack addiction and a father, who was incarcerated even before she was born. Although her childhood was far from normal, her mother eventually got sober and re-married to Charles. Nany grew up with her sisters Jasmine, Rosa, Stephanie, and Crystal.

When she was 14, Nany found letters tucked away in her mother’s closet addressed to her, which fired up an interest in her heart to find her biological father, Leonel Gonzalez. After hiring a Private Investigator, she discovered that he passed away in 2002. Along with that, she also learned that she had a brother and sister. Her stepfather showed full support in her endeavors. The reality star has admitted to having a deep desire to build a better life, away from the psychological trauma resulting from a battered childhood.

Before climbing up the ladder of stardom, Nany was a Criminal Justice Major at Jamestown Community College, with serious goals to pursue a career as a parole officer. She was also an athlete and a cheerleader for a semi-pro hockey team. She made her debut on TV with the MTV reality series ‘The Real World: Las Vegas’ in 2011. This turned her into a household name, and in 2012, Nany appeared in ‘The Challenge: Battle of the Seasons’. 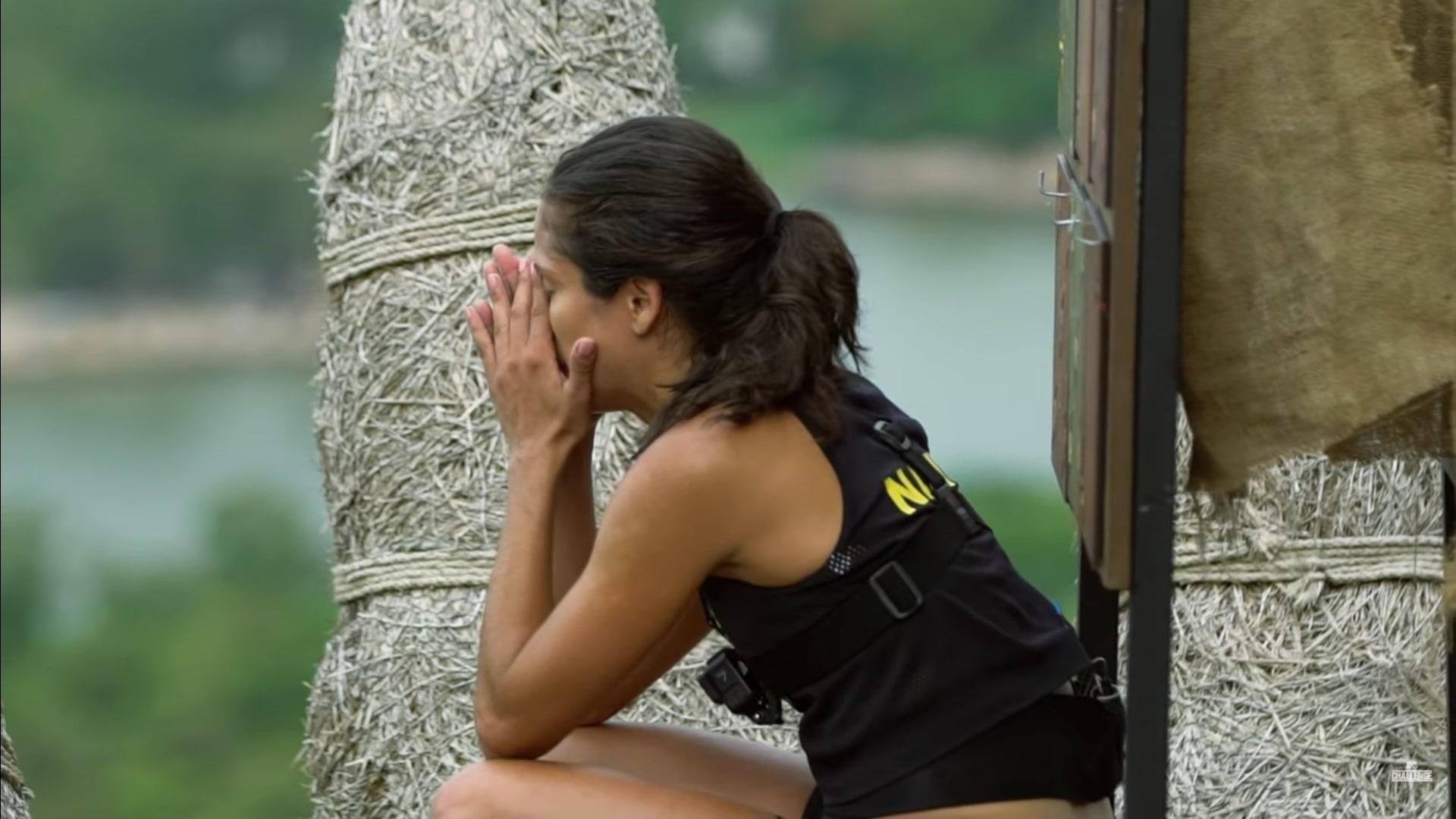 Two seasons later, she reappeared in ‘The Challenge: Free Agents, ’ finishing in second place. She has often claimed to have “the challenge curse,” considering her knack for getting eliminated right before finals. She also appeared in other seasons of ‘The Challenge’ like ‘Battle of The Exes II’, ‘Battle of The Bloodlines’, and ‘Rivals III,’ among others. She has 24 wins throughout her career in the reality show, with 12 eliminations where she has a record of three wins and nine losses.

Nany Gonzalez: Past Relationships and Boyfriend

Nany was in a relationship for six years before she entered ‘The Real World’ in 2011 and developed a strong attraction for Adam Royer. She decided to end her relationship with her longtime-boyfriend, Jordy, and moved on with Adam. A few days later, Adam violently threw a fit in a drunken state, which caused the end of their relationship. In ‘The Challenge,’ we mostly saw her having casual encounters with other contestants, out of which the most scandalous ones include Marlon on ‘Rivals II’, a super drunk moment of passion with Reilly on ‘Free Agents’, and Asaf Goren in ‘Total Madness’.

It has also been reported that Nany had a fling with Johnny Bananas. Initially off-camera, they had a long-distance relationship that ended before ‘Rivals II’ started in 2013 because she didn’t trust him back then. But they reconnected almost instantly on ‘Rivals II’. She also entered a relationship with Cohutta Lee Grindstaff on ‘Free Agents’ in 2014. However, that didn’t last long either. Although Nany has not discussed her dating life openly, the pictures on her Instagram account are proof that she is currently dating her mystery man. 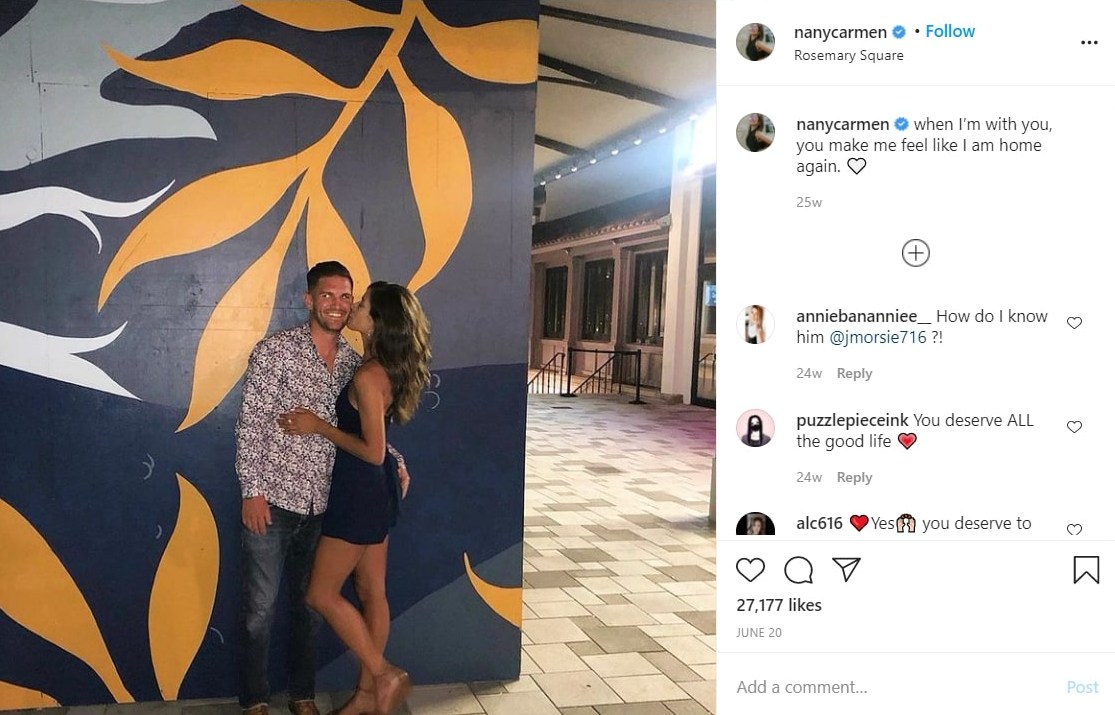 Read More: Aneesa Ferreira from The Challenge: Everything We Need to Know