Nathan Paet Murder: How Did He Die? Who Killed Him?

When a US Air Force sergeant is shot to death in his own garage, the once happy and normal family is pushed to the face of destruction. The revelation that surface following the brutal death leaves the family in shock. Investigation Discovery’s ‘American Monster’ covered the murder of Nathan Paet through an episode titled ‘Watch Your Back’. The series brings to the screen, tales of horrendous crimes and their criminals who hide in plain sight, disguised as a loved one or a trustworthy person. It takes into consideration real-life accounts and videos which directly reflect the personality and characteristics of the criminal.

The episode ‘Watch Your Back’ depicts one of the most appalling cases. We have been left asking many questions about the crime. A little investigation of our own has allowed us to obtain somewhat substantial answers to these questions.

How Did Nathan Paet Die?

Born in 1982, Nathan Paet was living with his wife Michelle Paet and their four children aged between two and nine in Las Vegas. The couple had a long-term relationship that had birthed from their high school years. Both of them had grown up on the small island of Guam in the Pacific Ocean and in that process had developed a romance. Nathan joined the US Air Force with a determination to serve his country loyally. His military career was decorated with his service during the Iraq War, after which he took to working as a supply technician at the Nellis Air Base in Las Vegas. At the age of 28, he was the assistant noncommissioned officer-in-charge for the Strike Aircraft Maintenance Supply section of the 757th Aircraft Maintenance Squadron.

Staff Sergeant Nathan also volunteered to take up the night shift job to bring in more financial support for the family. He was utterly devoted to his family and was responsible for ferrying the children to and from school. On December 1, 2010, the authorities received a 911 distress call. Nathan Paet had been shot at his home in the 9200 block of Alta Monte Court, near Mountain’s Edge Parkway and Durango Drive in the southwest Las Vegas Valley. The emergency responders dispatched to the scene immediately took Nathan to the University Medical Center, where he was pronounced dead. Later on, investigators said that Nathan had opened the garage door in preparations to leave for work when he was shot at least five times before he staggered into his house and collapsed before his family. The detectives believed that the shots that killed Nathan were targeted at him, judging by their trajectories. 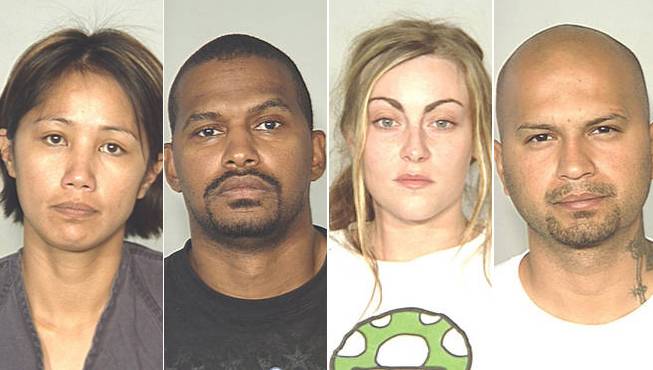 Nathan Paet’s wife, Michelle Paet conspired with her secret lover Michael Rodriguez to kill her husband. The third person involved in the shooting was Corry Hawkins, a nine-time convicted felon. Hawkins’ girlfriend at the time, Jessica Austin also pleaded guilty to the conspiracy charge. Unknown to Nathan, who was working at late hours in the night, his wife was being unfaithful to him. She had allegedly started indulging in an extramarital affair with Michael Rodriguez, her co-worker at a telemarketing company she worked in. Michael, a previously convicted felon for forgery, shared an intimate and passionate relationship with Michelle. The two of them chalked out an elaborate plan to not just remove Michelle’s husband from the picture but also financially benefit from his death.

It was later revealed that Nathan’s death would impart $650,000 to Michelle owing to Nathan’s military profession and a life insurance policy. Text messages exchanged between Michelle and Michael during the last few moments of Nathan’s life show that the plan had been aligned to Nathan’s schedule. In December 2010, Michelle was the fourth to be arrested among the group of conspirators who had planned and plotted Nathan Paet’s death. Michelle had broken under primary interrogation and had allegedly confessed to everything. Even though it is not clear who pulled the trigger, there were varying accounts from Rodriguez and the girl Rodriguez was with after the murder. While Rodríguez claimed that Hawkins had pulled the trigger, the girl said that Rodriguez had conceded to her that he had shot Nathan.

Read More: Where Are Michelle Paet and Corry Hawkins Now?