The history of cinema in China is rich, varied, and complex. Since 1905, the time when the country started making movies, there have been several Chinese flicks that manage to blow western audience away. Chinese and Hong Kong stars like Bruce Lee, Jackie Chan, Jet Li, and others are famous not only in their own countries but all across the world. Before we go any further about China and its movies, it is imperative to remember that there are three distinct film industries in China — the Chinese mainland film industry, Hong Kong cinema, and Taiwanese cinema. We shall not be talking about any one industry in particular, but all of them combined.

In the 1930s began a rich period of filmmaking in China, though most of the films were either communist or nationalist propaganda films. Some of the movies even showcased the rivalry between these two ideologies. This period was known as the Golden Generation of Chinese cinema. During this time, Shanghai became the hub of Chinese films, and it was here that even western films garnered a lot of viewers. Shanghai slowly came to be regarded as the ‘Hollywood of The East’. The enormous growth and prosperity of Chinese films halted after the Japanese invasion and occupation of Shanghai and the rest of the country. It was only after the Second World War ended that the Chinese film industry began to grow and prosper once again. ‘Spring in a Small Town’ (1948) is a bright example of post-war Shanghai films.

Hong Kong is also a massive film industry, and because it was under the British rule, Hong Kong enjoyed artistic freedom which was unseen in Shanghai or Taiwan. Some of the most important films from China are Hong Kong productions. The martial arts cinema thrived in Hong Kong with the rise of production houses like Shaw Brothers and Golden Harvest. It was with Golden Harvest that Bruce Lee made his first film, ‘The Big Boss’ (1971).

When the 1970s came to a close, Golden Harvest picked up another young actor who would go on to redefine martial arts cinema forever — Jackie Chan. Chan started his career playing extras and we can even see him as an extra getting beaten up by Bruce Lee in ‘Fist Of Fury’ (1972). Hong Kong crime films also became extremely popular during the 1980s and 1980s, and with the help of directors like Ringo Lam and John Woo, some absolute classics like ‘A Better Tomorrow’ (1987), ‘City On Fire’ (1987), and ‘Hard Boiled’ (1992), came out. Chow Yun-fat became an international sensation during this period. Thus, we see how vast and dense the history of films in China is. If you want to explore Chinese cinema, but do not know where to look for some easily accessible films from the country, then you have come to the right place. Here’s the list of really good Chinese movies on Netflix that are available to stream right now: 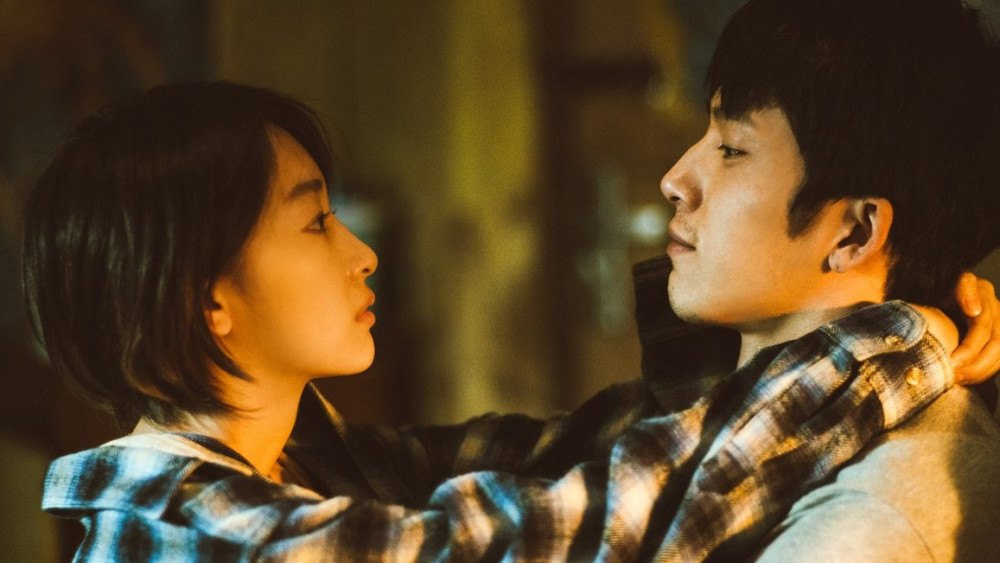 ‘Us And Them’ is directed by Rene Liu and stars Jing Boran, Zhou Dongyu in leading roles. The film centers around their characters, Lin and Fang. The two of them fall in love but eventually, the harsh realities of life keep them apart. The movie uses a nonlinear format of storytelling, with jumping between the past and present. While the past is shown in color, the present is shown in black and white. This effective use of different tones for nonlinear storytelling was popularized by Christopher Nolan in ‘Memento‘ (2002).

Later, we see that the owner of the complex where the couple live asks them to move out because a friend of the owner will be coming in. This infuriates Lin a lot. He even becomes rude to his father when he calls him to inquire about his work and health. Seeing this change in him, Fang decides to end their relationship. The two of them meet after a long time when Lin is finally successful and happily married. Though responses to the film have been mixed to positive, it must be said that considering it is the debut film of director Rene Liu, she has done a fine job in storytelling and character development. 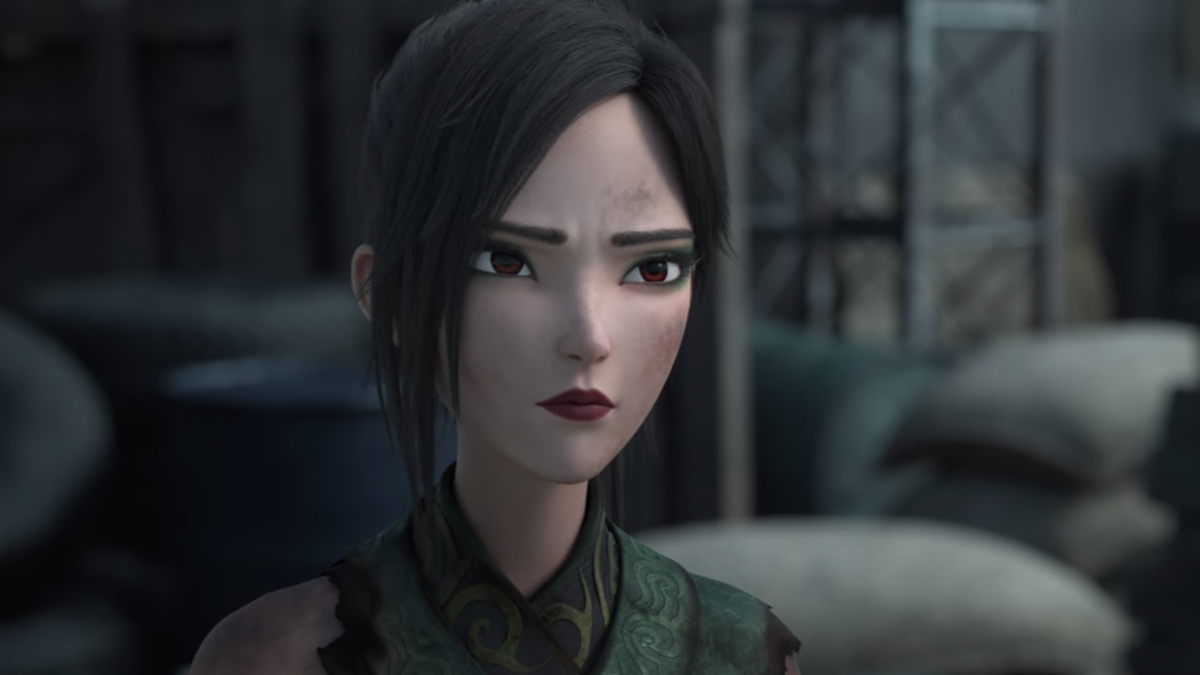 Starring talented voice actors like Tang Xiaoxi, Zhang Fuzheng, Wei Chao, ‘Green Snake’ is an action-adventure fantasy film directed by Amp Wong. The story revolves around two demon-snake sisters whose attempt to flatten an island temple is fouled by a gold monk named Fahai. After they are separated, Xiao Qing finds herself in a dystopian and embarks on a quest to find his sister. In her journey, she meets a mysterious man who is struggling to recall his past life. Does he hold the key to Xiao’s reunion with her sister? Or is he an enemy trying to misguide her? 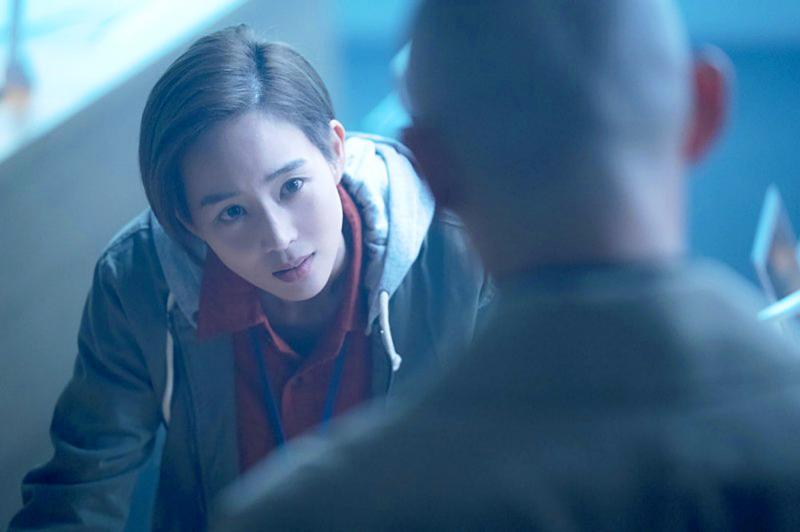 Written by Cheng Wei-hao and Jin Bailun, ‘The Soul’ is a Chinese-Taiwanese neo-noir sci-fi movie that is based on Jiang Bo’s fictional novel ‘Yihun Youshu.’ The film revolves around the mysterious murder of Wang Shicong, the chairman of a powerful group who passed away in suspicious conditions at home. Liang Wenchao, the detective who is shouldering the responsibility of investigating the murder, learns several shocking facts about Wang’s past. As he delves deeper into his findings, he realizes that there is some connection between the victims’ ex-partner as well as his son to the brutal murder.

Featuring stand-out performances by Ho Wi Ding, Hu Chi Hsin, Winnie Lau, and Alexis Perrin, ‘Cities of Last Things’ is a drama movie directed by Ho Wi Ding himself. The film centers upon the life of an ordinary man named Zhang Dong Ling, who kills himself in the opening sequence. The story then opens up in reverse chronological order and takes viewers back to the moment in his life when Zhang first encountered the alleged infidelity of his wife. As he loses his temper and violently confronts his wives’ lover, his life begins to spiral out of control after that as he makes one shocking choice after another as new challenges come in his way. 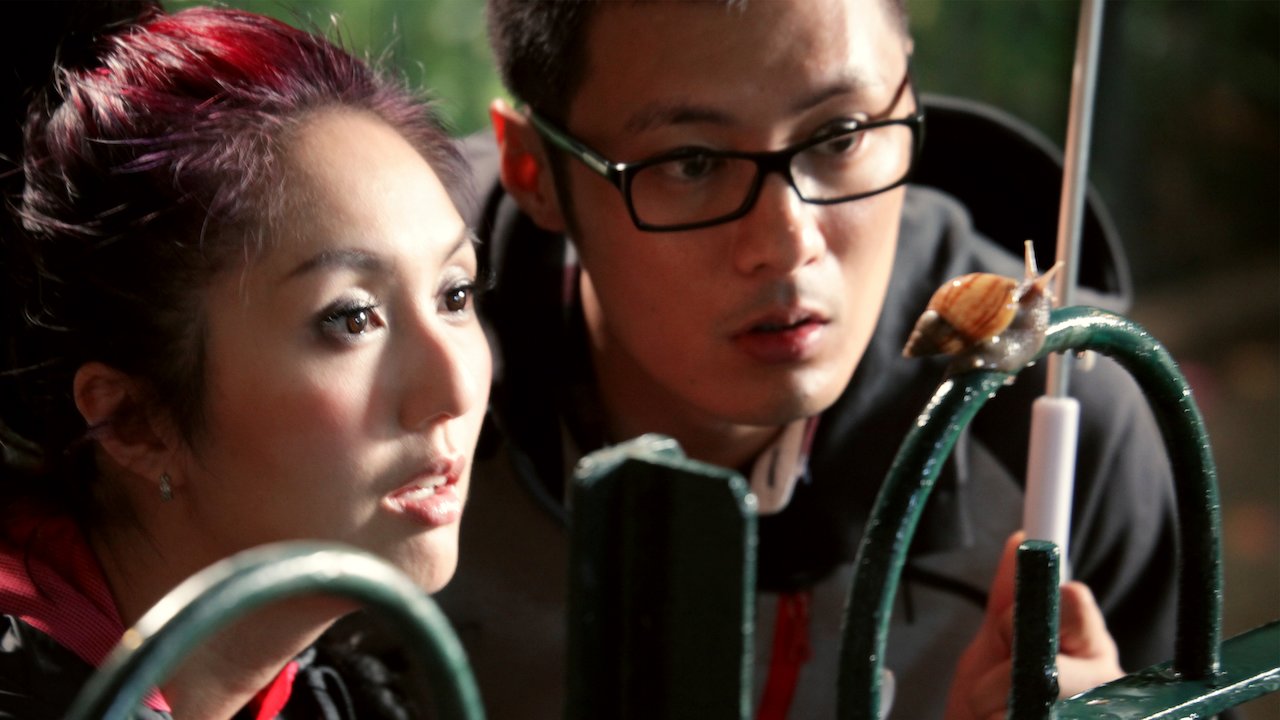 Directed and written by Pang Ho-cheung, ‘Love in a Puff’ is a Hong Kong romantic comedy that stars Shawn Yue and Miriam Yeung. The movie follows an ordinary advertising executive named Jimmy, who loves to engage in mundane gossip with his colleagues while smoking in the alley. It is during one of his casual conversations Jimmy becomes friends with a strange cosmetics salesgirl, Cherie. Despite their differences, the duo soon begins to fall in love with each other and eventually develops a relationship that changes their lives. 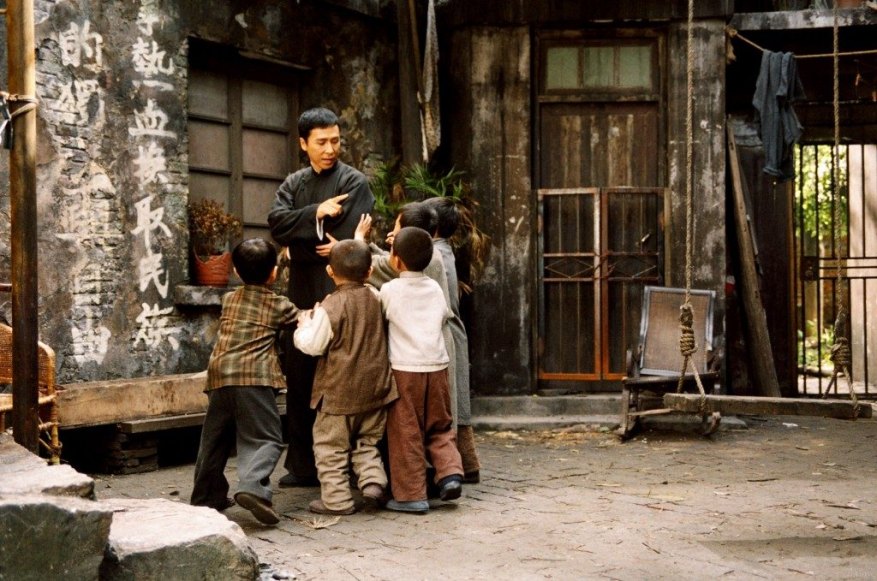 Donnie Yen stars in this wuxia film about one of the greatest practitioners of the wingchun form of Chinese martial arts. When the film begins, we see that despite being the best martial artist of Foshan, Ip Man does not teach his craft. But when a northerner comes to Foshan challenging them to pit their style against his, Ip Man takes up the challenge and shows the man who is the boss. His life goes well till China is occupied by Japan during the Second World War and Ip Man and his family have to give up their home and live in abject poverty.

To support his family, Ip Man takes the job of a coal miner. A Japanese high-ranking officer called General Miura comes to the coal mine to see if there are Chinese martial artists available because he himself is proficient in karate and wants to test the mettle of the Japanese soldiers by making them fight with the Chinese. During the fighting event, when Ip Man witnesses a lieutenant of Miura shooting one of his friends, he gets enraged and demands a match against ten Japanese soldiers at once. Naturally, these soldiers do not even manage to find their feet against Ip. This superior display of skills now brings Ip to the notice of the Japanese. Critical comments on the film have been ecstatic. The impeccably crafted and executed action sequences in the film received praise from all over the world. 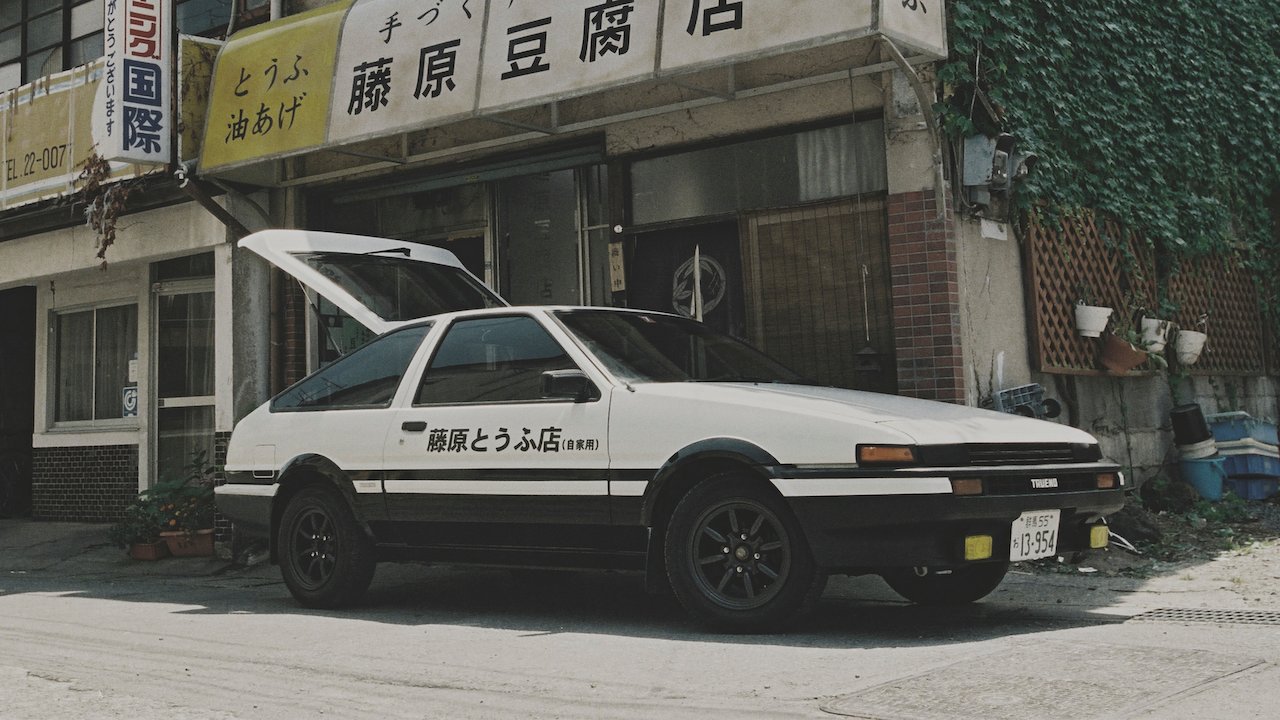 Based on Shuichi Shigeno’s manga series of the same name, ‘Initial D’ is a Hong Kong action film directed by Andrew Lau and Alan Mak. The Jay Chou and Anne Suzuki-starrer follow a high schooler named Takumi Fujiwara, who helps his father’s tofu business by delivering goods using his vintage Toyota Sprinter Trueno AE86. While he is happy with his ordinary life working part-time at a gas station apart from helping his father, Takumi’s life takes an unprecedented turn when he is introduced to the world of competitive racing.