How Much of Netflix’s Hollywood is True? 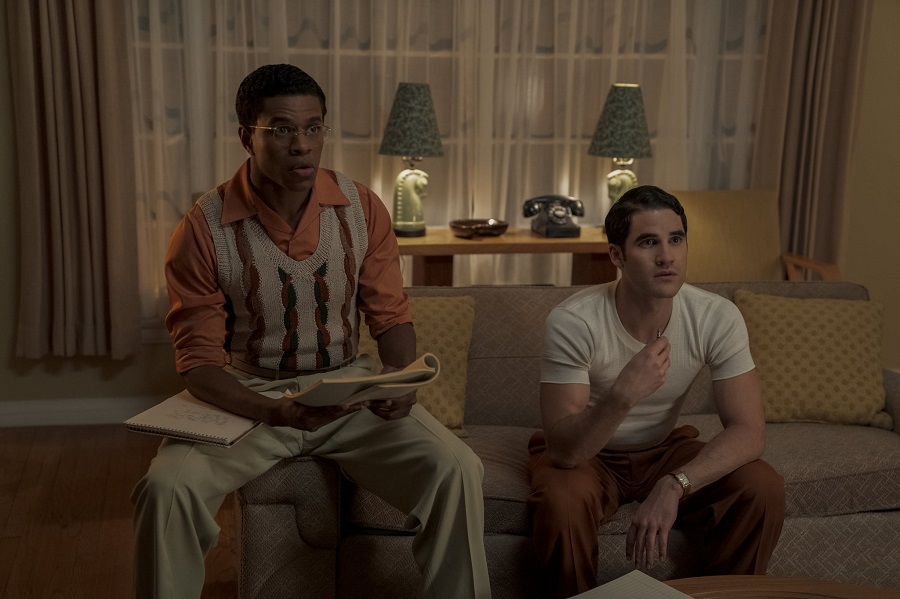 Netflix’s ‘Hollywood’ follows the story of a group of people who become part of a risky project that aims to change the entire scene of the industry. It plucks some of the well-known characters from the past and gives a rewrite to their story through Murphy’s perspective. It does take several liberties with the story, but there are a lot of things that are still rooted in reality. If you want too know how much of ‘Hollywood’ is based on a true story? Here’s the answer.

Is Hollywood Based on a True Story?

No, ‘Hollywood’ is not based on real events. It is a reimagination of the late 40s era of the film industry, imposed with the question of various “what ifs”. “I wanted to do a show about buried history,” said creator, Ryan Murphy. “I wanted to give some people who were dealt a terrible hand by Hollywood a happy ending. And I wanted to ask a big, revisionist history question, which was: If these people who were allowed to be who they were in the late 1940s and get that image up on the screen, would it change the trajectory of Hollywood and would it trickle down and change my life as a gay kid growing up in the 1970s who felt that I had no role models?”

The idea germinated in his mind while talking with Darren Criss over dinner. After the dark twists and turns of ‘The Assassination of Gianni Versace’, both of them wanted to do something more hopeful with a happy ending. Murphy, from a young age, had been interested in the rot below the glitz and glamour of Hollywood and wanted to explore the stories of the actors he had watched growing up. Criss put forward the idea of the 40s, and the mention of Scotty Bowers turned things around.

As they started thinking about the biggest stars and stories of that time, the “what ifs” started to pop up. What if Rock Hudson had come out of the closet back then? What if a studio had been under the rule of a woman? How would these things change Hollywood? This further led them to people like Anna May Wong and Hattie McDaniel. It allowed them to ground imagination in reality. “Fifty percent of it is based on reality. The show is a blending of real-life people I’ve been obsessed with since I was kid: Anna May Wong, Hattie McDaniel, Rock Hudson, Vivien Leigh, George Cukor. All of their stories and almost all of the things that they’re involved with are pretty accurate and heavily researched. And then the fictionalized people around them, many of them are based on real-life characters,” Murphy explained.

Patti LuPone’s Avis Amberg was loosely based on Irene Mayer Selznick, and Dylan McDermott’s Ernie West came out of Scotty Bowers. Murphy weaved in Anna May Wong into the story and gave her the Oscar that she never received in reality. “The goal was to find some degree of onscreen justice for characters who never found it in real life. “With those three people individually, I always just wished that they had been seen, were able to be who they were, and, more importantly, who they wanted to be,” Murphy said.

The turning point for the characters of Jack Castello and Archie Coleman comes after they start working at a gas station run by Ernie West. They get into prostitution, which also leads them to make connections because a lot of clientele come from Hollywood. Murphy does not concoct the idea of such a place on his own. It comes from the real-life work of Scotty Bowers. He operated out of a similar gas station in Hollywood Boulevard and came clean about it in his memoir, ‘Full Service’ written by Lionel Friedberg. Bowers had come to Hollywood with the hopes of becoming an actor. He started working at the Richfield Oil gas station at the corner of Van Ness Avenue in 1946. Once he got involved, he never looked back.

While this was an exciting plot angle for Murphy, he also saw it as an opportunity to focus on the identity crisis of closeted gays at the time. “We were less interested in the lurid sexual nature of it [than] the idea that there was a time when people had to go to this gas station to be themselves, to be able to express their sexuality, to be able to express their fantasy. What we’re dealing with here is a complete look at an idea of buried history in Hollywood. The idea of people not being able to be who they were, and to show their best side of who they were. What if we went back and sort of did a revisionist look and created an alternative universe?” said Murphy.