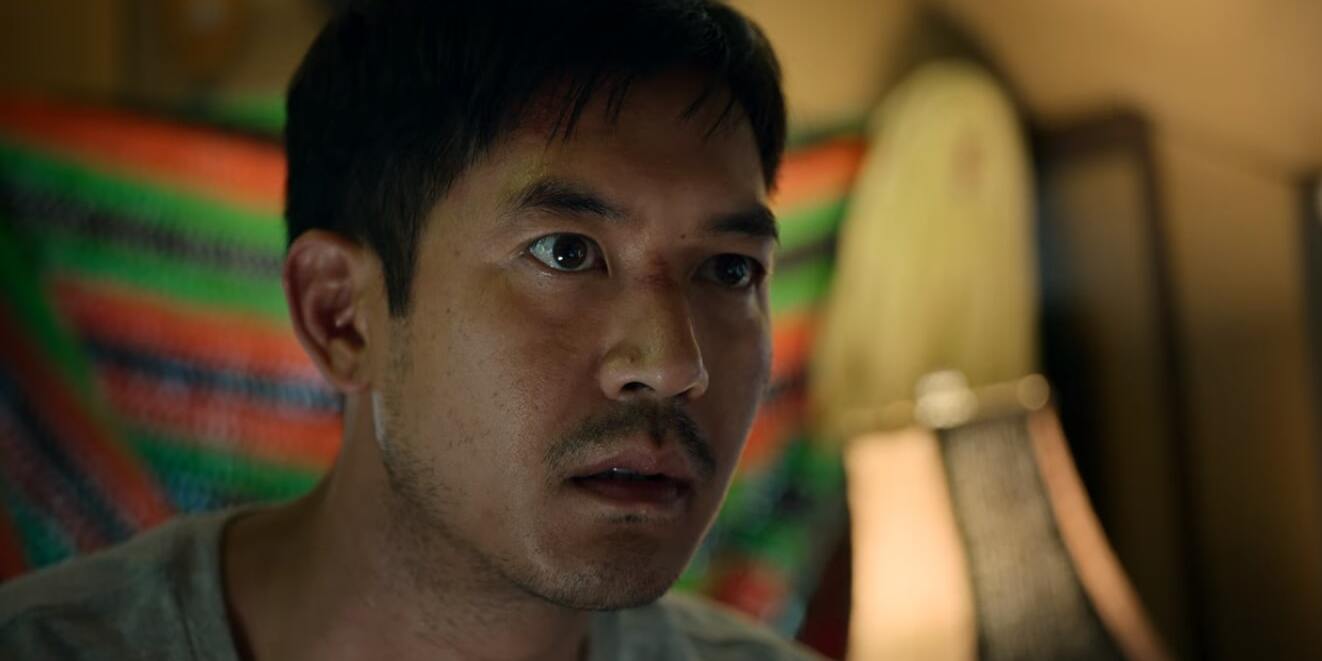 The world may be corrupt, fraudulent, and full of terrible people, but Netflix’s noir-tinted Thai original thriller series ‘Bangkok Breaking’ never gives up on humanity. The story beings and ends with accidents, and the protagonist, meanwhile, accidentally gets wrapped up in a vortex of a mystery surrounding his brother’s death. Director Kongkiat Khomsiri weaves a poignant tale of a moment of crisis bringing strangers closer. In the early moments, friendly neighborhood Wanchai takes a bus to the city to meet his brother Jo.

But volunteer worker Jo dies on his way to the bus station, sparking off this sinister mystery, topped with an adequate air of conspiracy. This rescue procedural drama veers towards a criminal underworld replete with villainy, but in the end, the show sees good triumphant over evil. The last two episodes pack many surprises, and you may lose out on some critical details due to the pace. Let us take you back to the accident-prone streets and look for answers if that is the case. SPOILERS AHEAD.

Wanchai reaches Bangkok via bus. His brother Jo (Jirayu Praisoong) has promised to come to the station and pick him up, and thus he politely declines a co-passenger’s offer to give him a lift. Wanchai waits for his brother outside the bus station. However, before Wanchai can understand anything, a sports car almost jumps on him. Wanchai sees Jo crawling out of the car, and they exchange hapless glances. In the other vehicle, journalists Muay, Pisaro, and Kat are late for an appointment with their editor. They are also victims of this tragic accident. 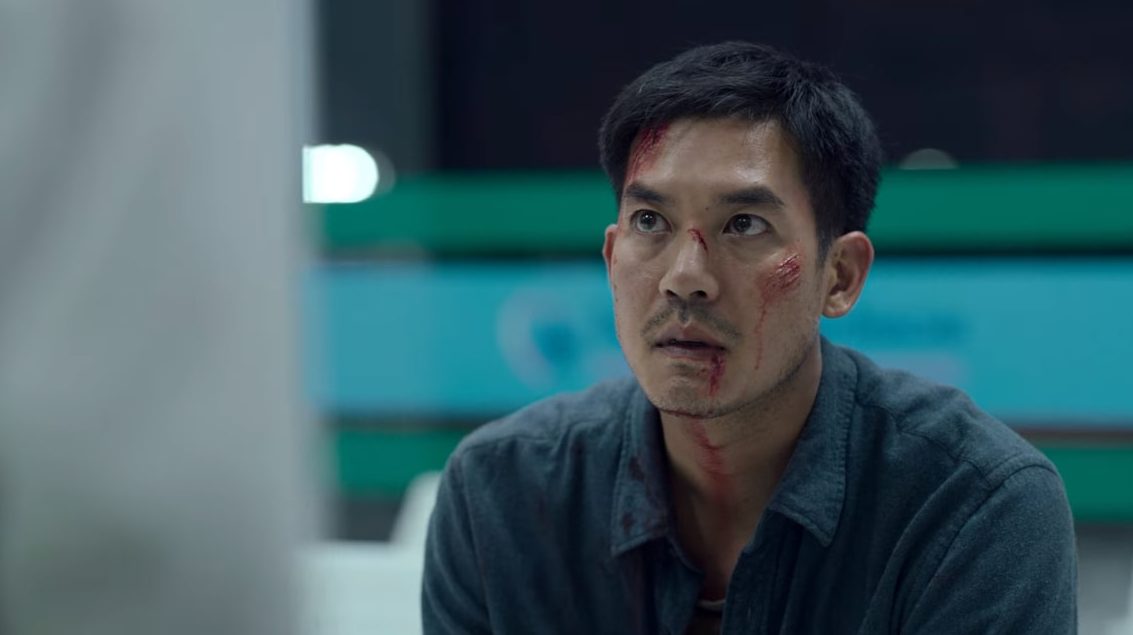 Somsak and his rescue team rush to save Jo, but Pradheep and his Ruampalangjai Foundation take over the case. Wanchai sees Pratheep saying something to Jo before declaring him dead.  Now Muay fights for her life at the hospital, while Jo’s corpse is taken for autopsy. Wanchai comes to know that Jo was a valuable volunteer worker for Ruampalangjai Foundation. Jaitham Foundation, a rival organization, led by Somsak, gives shelter to Wanchai. New in the game, it takes some time for Wanchai to understand his brother’s deeds.

A menacing mafia mogul named Hardcore gets hold of Wanchai and his family. Jo has some debt to Hardcore, and in his absence, Wanchai has to take his brother’s place and do the dirty work of Jo. At the Ruampalangjai Foundation, they have a ceremony for Jo. Pratheep tells Wanchai to obey the words of Hardcore if he wants to stay out of trouble. Hardcore is a drug mafia and a major stakeholder in the criminal underworld of the city.

Wanchai teams up with Somsak, Bua, Aod, and Pipo, wearing the uniform of Jaitham Foundation. He crosses paths again with Kat, and they assure to help each other know the truth behind the accident and the rescue foundations’ involvement in it. Although Wanchai is initially suspicious towards the team, he becomes a local hero after saving a person from a burning building as Kat’s video of Wanchai in action becomes viral. Conflicted by mixed signals, Wanchai is keen on finding the identity of his brother. The hero’s quest for truth is also a journey in self-realization, and after complying for a while, the hero attempts to take righteous action and redeems himself.

Bangkok Breaking Ending: Is Mr. Wat Dead or Alive? Do Kat and Wanchai End Up Together?

Persuasive and adamant journalist Kat is after a news scoop of the corruption within the emergency patrol, and she teams up with Wanchai. She initially knows that the emergency patrols are allegedly stealing jewelry and valuables from the accident victims. Wanchai comes around to divulge to Kat that he saw a girl from the Ruampalangjai Foundation wearing the necklace of a girl who died in the accident. This finding makes Wanchai and Kat come closer. 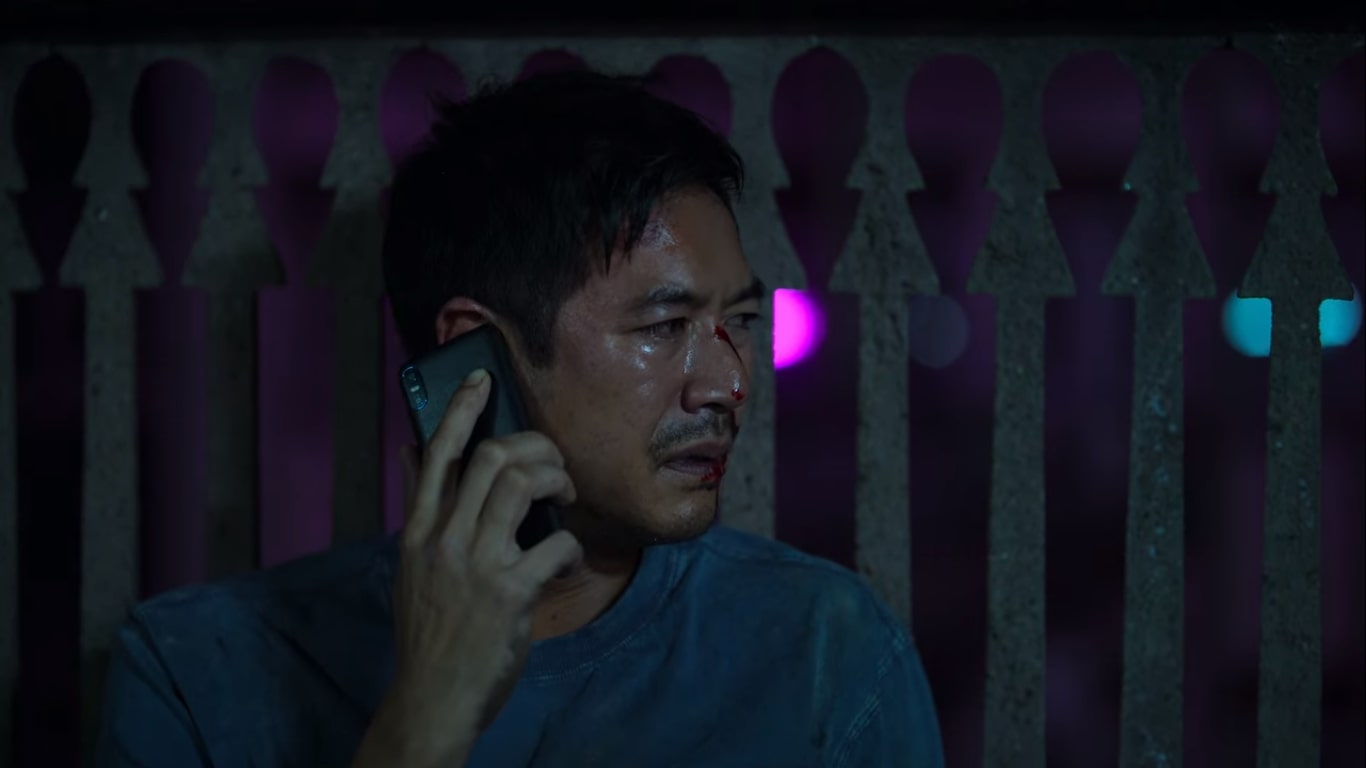 However, with the encounter with Hardcore and his men, the life of Wanchai seemingly takes a wrong turn. Teaming up with Aod, Wanchai smuggles drugs using the ploy of the emergency patrol badge. Later in the plot, Kat catches Wanchai with Pratheep and knows that they are working together. While Wanchai says that he was keeping the truth from her only for her protection, Kat is naturally upset.

The investigation sends Kat towards the project Babylon, which was the flagship smart city park project of Mr. Wat. However, there is little to no information about the park on the web. Probing further into the matter, Kat finds out that the proposed park space has been transformed into a site of shady drug dealings. The big revelation is that Ruampalangjai foundation smuggles drugs hand in hand with Hardcore, who works for business tycoon Mr. Wat.

Although thwarted by the big guns, Kat goes for a confrontation with Mr. Wat. As she has hard evidence, Mr. Wat cannot deny the allegations. He manages to escape with Kat. In an irony, Wat’s car has an accident when his own poorly made “Safe Songkran” billboard malfunctions. He would die if not for the honesty and righteous action of Wanchai. Wanchai thinks of killing him as he has momentary flashbacks of his brother’s accident, but he is better than that. He does his duty as an emergency worker, and Wat is saved.

But what happens to the central pair of the story, one may ask. Although Kat seemingly breaks up with Wanchai after catching him with Pratheep, they overcome their communication gap. Kat later understands that Wanchai really cares about her safety, and she also understands how good a person he is. In the story’s final moments, Kat tells Wanchai that she understands him better now, and the pair share a kiss. Somsak and the team bless them with open hands while Kat’s other companion Pisaro takes their photograph. As they reminisce over Jo’s death on the rooftop in the final scene, the audience knows that Wanchai and Kat are together through thick and thin.

Is Thida Dead or Alive? Was Jo’s Death an Accident? 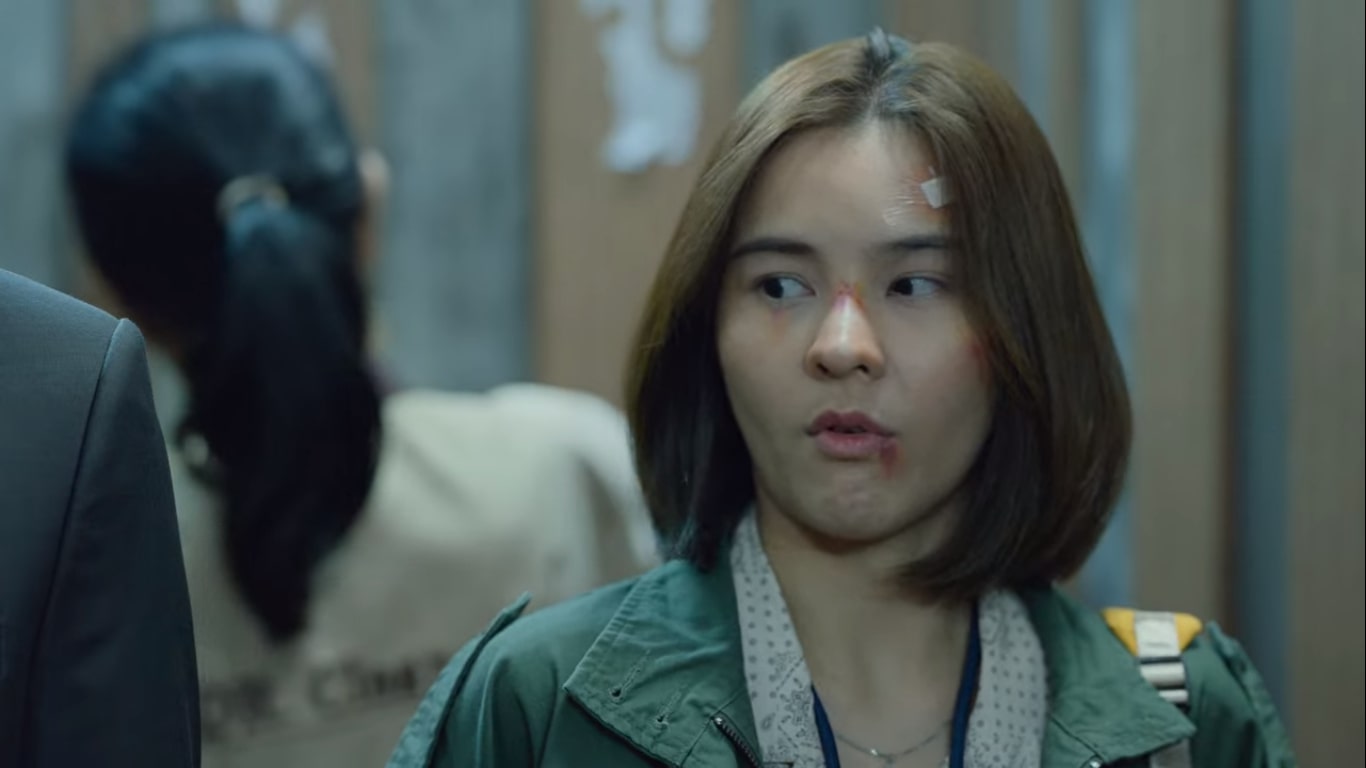 The accident in the first episode comes as a shock. Things escalate suddenly, and before you know it, the situation turns into a massacre. The show makes the audience aware of a sinister reality of Bangkok streets – that of the street accidents. The story kicks off with asking questions about the accident, and we come to know later that Jo’s death was not an accident. As it becomes apparent, Jo was deep into the criminal fabric of the city. He was working as an emergency worker in Ruampalangjai Foundation, and the line of work made him meet Mr. Wat.

In the present timeline, Wanchai gets hold of Jo’s phone and communicates with Thida. He goes to meet Thida at the Passionista, and she tells him that she was the source of Jo’s troubles. We come to know later that Thida is the mistress of Mr. Wat. In the twist of fate, Thida was also romantically involved with Jo and pregnant with Jo’s child. The human mind is keen on making connections, and we jump to the conclusion along with Wanchai that Wan killed Jo since he was having an affair with Thida. The course of events pans out quite differently. As the season finale reconstructs the pilot’s accident, we come to know that Jo went to pick up Wan’s son Man from a nightclub.

However, Jo was seemingly fed up with his dirty work, and after knowing the news of Thida’s pregnancy, he thought of becoming a whistleblower and running away with Thida. While in the car, he was texting Muay. The final twist reveals that Jo was the secret informant. But Man saw the text and got into a fistfight with Jo. The car lost control and veered off the course. Hardcore came with a bike and drove away with Man, while Pratheep was directed to carry out the final murder. Thus, Jo’s death was an impeccably managed accident, albeit it was an accident after all.