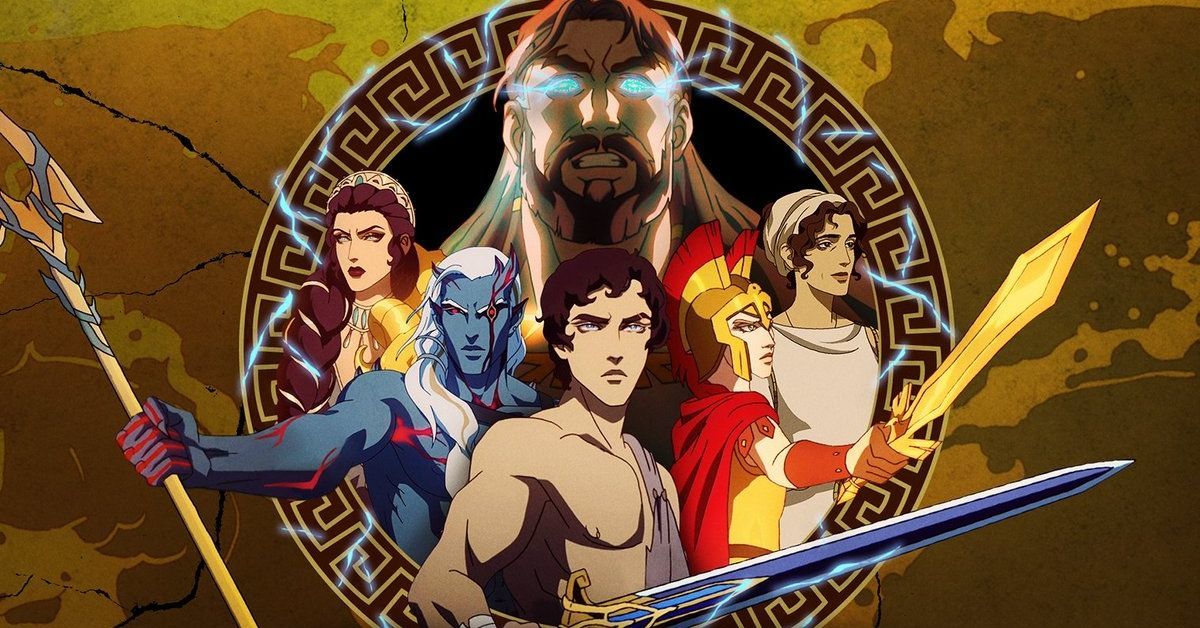 Every decade or so, some form of Greek mythology-related content comes out that not only inspires the respective generation of young adults but also ensures that those amazing stories and legends will live on. In the 1990s, it was Disney’s ‘Hercules’. In the 2000s and 2010s, the mantle was passed to Rick Riordan’s ‘Percy Jackson’ book series. With the release of Netflix’s ‘Blood of Zeus,’ it appears that the 2020s has already found its seminal pop-cultural work on Hellenism.

The show is made by the same production company that created ‘Castlevania,’ the Powerhouse Animation Studios. Their unique brand of animation is a perfect blend of Japanese and western style. In the show, it acutely supplements the rich and complex plot, which itself maintains an effortless balance between the traditional Greek Mythology and the lore that the showrunners, Charley and Vlas Parlapanides, invented. SPOILERS AHEAD!

During the production, the show had a very Dungeons & Dragons-esque name, ‘Gods & Heroes.’ And about halfway into the first episode, it becomes clear that the creators are aiming for the same level of scope. The series also has been influenced by ‘The Lord of the Rings,’ ‘Game of Thrones’, Arthurian legends, and even Italian sword-and-Sandal movies. It opens with a polis (city) being attacked by demons.

The Amazonian Alexia (Jessica Henwick), Grand Archeon of the city, leads a group of soldiers after a pair of demons through the woods as thunder rumbles in the distance. Heron (Derek Phillips) and his mother, Electra (Mamie Gummer), are shunned by the city because Heron is believed to be a bastard. However, as it is later revealed, he is actually the son of Zeus (Jason O’Mara). Electra used to be a queen. She became simultaneously pregnant with the children of her husband, a mortal king, as well as the king of the gods, and gave birth to them both.

Zeus took Electra and Heron away from the palace and hid them on the outskirts of a city. As it always has been throughout mythology, his biggest concern is his wife Hera (Claudia Christian), who has understandably grown tired of his philandering ways. But judging gods by human morality has always been a fool’s errand. Zeus has been a constant part of Heron’s life, disguised as a feeble old man.

Elsewhere, Seraphim (Elias Toufexis), Electra’s other son, has survived a power-hungry, murderous uncle and grown up in the woods. But when his adoptive mother is killed by his cousins, he starts hunting them down. This is when his metamorphosis begins, which culminates after he eats the flesh of a giant and becomes a demon. The first season has four main characters: Heron, Seraphim, Alexia, and Hera.

The individual journey of each of these characters and how they are interconnected, make up the central part of the story. Heron is trying to understand what his destiny is. Alexia wants to rid the world of demons. For Hera, it’s vengeance for the humiliation and shame that Zeus has put her through all these years. Seraphim wants to eradicate all the nobilities and royalties.

In the season finale, titled ‘War for Olympus’, the true extent of Hera’s megalomaniac plan is revealed. Earlier in the series, she recruited Seraphim as her reluctant servant. With his help, she acquires the cauldron that contains the spirits of the giants and frees them from their watery prison. When one of the giants tries to attack her, she simply pulls its spirit out of its body with the help of the cauldron.

She then directs her massive new army towards Olympus and tells the giants to kill Zeus. Meanwhile, Heron, Zeus, other heroes, and the gods belonging to his faction prepare for the battle. Heron takes the responsibility of securing the cauldron. For Evios (Chris Diamantopoulos) and Kofi (Adetokumboh M’Cormack), this war is a chance for redemption as they earlier sold the remains of a giant to Seraphim.

As the battle begins, Heron, Alexia, Evios, and Kofi make their way toward the wagons at the tail end of the invading army, but they don’t find the cauldron there. Heron realizes where it is: Up in the sky surrounded by Hera’s sacred birds. He gets on the back of his bird mount and flies there. Elsewhere, Zeus and Hera fight, although he continues to try to make her see reason. When a thunderbolt hits her, she loses control over the cauldron, and it begins falling, with Heron diving after it.

Hera and Zeus have been together for ages, and their relationship has become epically destructive, affected by their very human shortcomings, from lust to greed to rage. While it’s mostly Zeus’ fault, he is the one who is trying to make amends here. Ultimately, it turns out; they still love each other.

As Hera doesn’t have control over the cauldron, the giants are free to attack their former subjugator. Zeus saves her from one of the attacks but gets caught in another. As the giant prepares to trample Hera into the ground, Zeus uses the last ounce of his energy so Hera can escape.

Born as twins from different fathers, Heron and Seraphim will always be linked by fate. Throughout the season, Zeus continues to tell Heron to show the world who he really is. And that moment has finally come. But first, he must bring his anger under control. Seraphim again asks his brother to join him so that they can defeat the gods together. However, Heron knows that Seraphim wants to rule the world by himself, so he turns him down.

During their fight, Heron finally gains mastery over his anger, and his eyes begin to sparkle with electricity. When Seraphim stabs him with his bident, Heron pushes it into himself deep enough so it can go right through his brother, killing him. As the final show of his worth, he grabs the cauldron and pulls the giants’ energies back into it. As the season ends, Heron is in Olympus, surrounded by his friends and new family. With him inheriting his father’s powers, he emerges as the chosen successor of Zeus.

Seraphim is dead and now in Hades, where the eponymous god approaches him. It is revealed that the bident belongs to Hades. When he was alive, Seraphim has caused widespread misery and destruction. Now, it is time for his comeuppance. Hades offers him a deal to make his life easier in his realm if only he kneels before him, echoing Hera’s words from earlier. A horrified Seraphim screams, realizing that even in death, he is not free from the schemes of the gods.