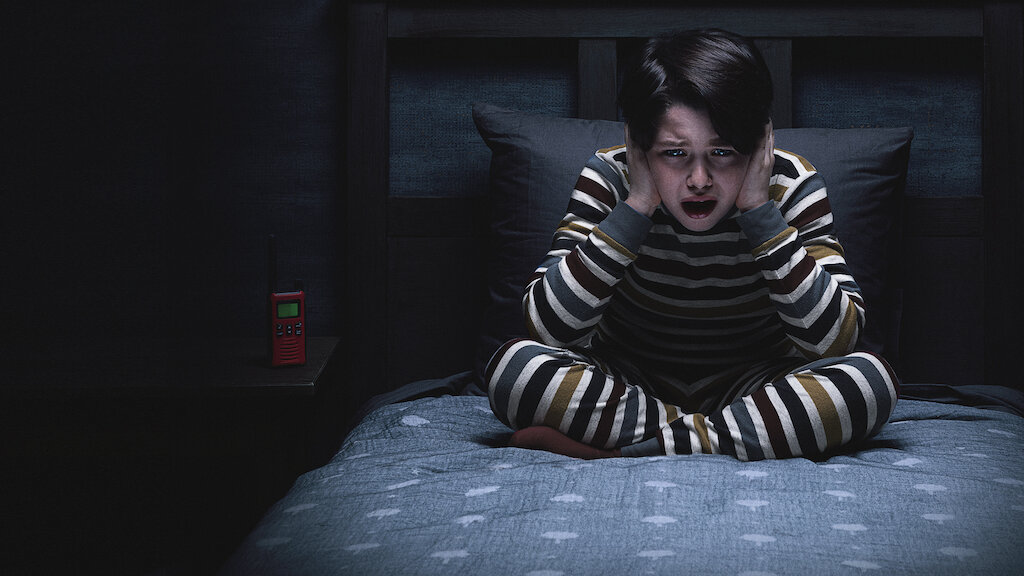 Netflix is expanding its content in the horror genre with ‘Don’t Listen’ (whose original title is ‘Voces.’) Initially, it may seem as though the basic premise is nothing too unique. After all, the plot follows a family that moves into a new house only to find that the son can hear strange voices. However, it is the powerful performances by Rodolfo Sancho, Ana Fernández, Ramón Barea, Belén Fabra, and Lucas Blas that truly keep you hooked. So, if you want to learn more about the ending, then we have got your back.

Daniel makes a living by renovating and selling properties. As such, he moves in with his wife, Sara, and his son, Eric, into a massive house. When Eric tells them that he can hear voices, they call a therapist who states that it could just be his overactive imagination since he has had to move around a bit recently.
However, one night, strange incidents happen, and Eric ends up drowning in the pool. The parents are heartbroken, and Sara decides to leave the house for a bit to get some space. Before Sara leaves, she and Daniel have a small argument.

Later, Daniel sends her a voice note apologizing for his behavior. But Sara states that his message was not too clear. So, Daniel replays the recording and hears Eric asking for his help. Shocked, the father goes to see a paranormal expert at a book signing. Germán deals with electronic voice phenomena, and Daniel recruits his help to find out more about what happened to Eric. Ruth, Germán’s daughter, also comes with him, and the three begin their investigation.

Eric’s red ball rolls into the garage while Daniel is looking for lighter fluid. The witch is also there, and she takes the form of the deceased wife (Sara) and son (Eric) and implores Daniel not to let Germán burn her corpse. Back in the dungeon, Ruth comes and stabs the paranormal expert. Her eyes are bloodshot, which means that she is possessed. Juxtaposed with this is the scene where Daniel, who is also possessed, pours lighter fluid all over himself and is ready to burn himself at any moment. 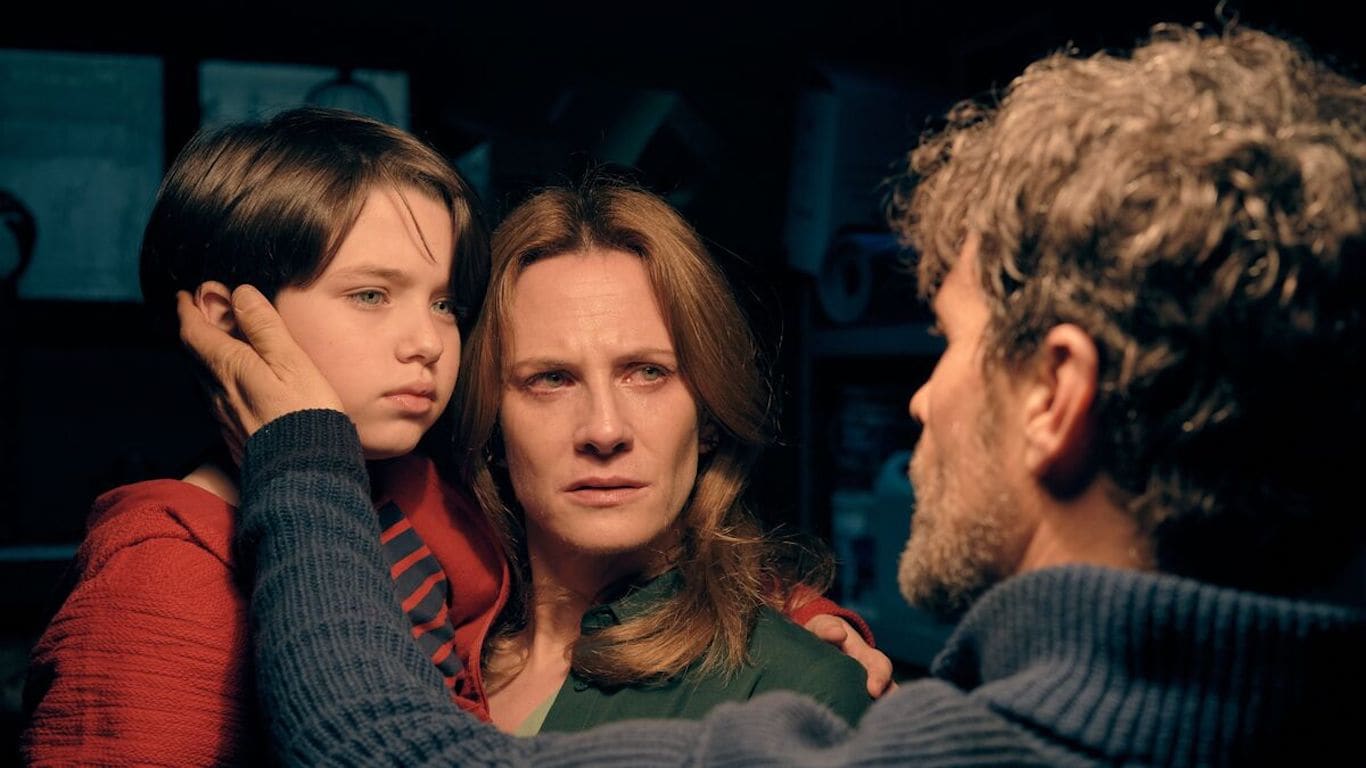 Luckily, Germán can overpower his daughter and lights the witch’s corpse on fire, saving both Ruth and Daniel. Ruth bandages her father’s wounds and asks if the witch has been eliminated. While Germán wishes that is the case, he also states that he does not want to stick around to find out. Furthermore, he states that he had always wanted to know what evil caused Ruth’s mother to kill herself but has never been able to find the answer.

Germán seeks solace in the fact that if there are malevolent spirits, then there must be good ones as well. Daniel goes to Eric’s room, where he observes the drawings on the walls. Each paper reveals how an individual in the vicinity had died. This is when he finds out that he is responsible for his son’s death. He had been possessed that night and drowned Eric. Unable to cope with this information, he goes out to the pool and shoots himself.

Has The Witch Been Eradicated?

No, in our opinion, the witch and her evil clout have not disappeared from the mansion. It is more than likely that when Germán lights the corpse on fire, she temporarily gives up control of both Daniel and Ruth to make them feel as though the expert is successful. However, with the events that follow, it becomes clear that she has a few tricks up her sleeve. In fact, possessing the two almost basically serves as a distraction for us, the viewers. 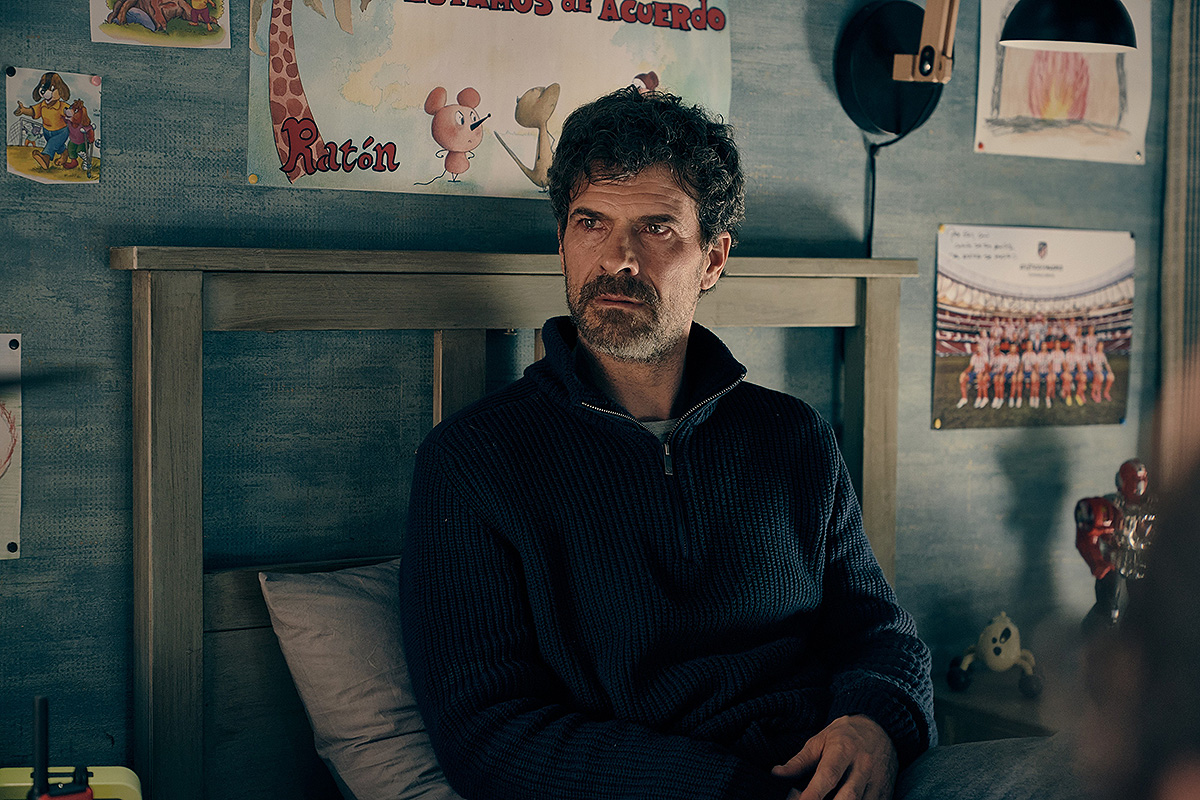 Her actual plan starts unfolding right when Daniel enters Eric’s room and sees the drawings. But before that happens, the audience actually breathes a sigh of relief, believing that the trio has been able to at least protect themselves if not destroy the witch. It is only once we feel at ease that the truth is disclosed.
When it comes to the witch, one of the most obvious clues about her presence is the fly and its buzzing.

In almost all the events she partakes in, be it killing the therapist or possessing the protagonist to drown his own son, we see the fly enter their ears. It is also audible when Daniel goes through the drawings in his son’s room, implying that the witch is around. (There’s also the fact that when Eric was around, he drew only two pictures of the many that the father later finds). She is the literal and metaphorical fly on the wall who knows a lot about everyone and manipulates things accordingly.

At one point in the movie, Germán states that she wants them off the property. Keeping this in mind, we think that the witch gets what she wanted all along. The paranormal expert and his daughter won’t be sticking around, and Daniel has killed himself of his own accord. Therefore, she can continue to reside in the “House of Voices,” which is what the neighbors have always called it.