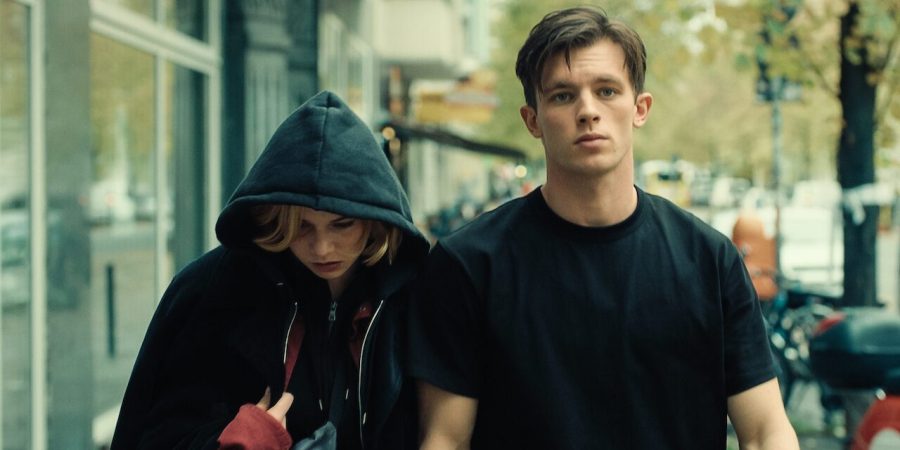 ‘Je Suis Karl’ is a German drama film directed by Christian Schwochow (‘The Crown‘) that canvases political extremism in Europe. It examines the role the younger generation plays in the propagation of far-right ideas and the appeal these ideas hold in the first place. The story follows Maxi, a young girl who survives a bombing attack but loses her mother and brothers to the act of terrorism.

While Maxi’s story is provocative, one has to stop and wonder whether that is the purpose of the film or if it simply dilutes a more significant political conflict for the general audience in the form of palatable entertainment. Therefore, it is hard to form an informed opinion about the film’s themes. If you found it difficult to grasp some of the political nuances of the movie, allow us to provide some insights about the ending of ‘Je Suis Karl.’ SPOILERS AHEAD!

‘Je Suis Karl’ opens with Alex Baier and his wife, Ines, helping an Arabic man, Yusuf, cross the border and immigrate to Germany. A couple of years later, Alex and his wife are living with their daughter, Maxi, and two younger sons. One day, Maxi returns home from a trip and leaves the apartment shortly afterward. Alex brings in a parcel meant for their old neighbor but heads back to get a bottle of wine from his car. Just then, a bomb explodes in the building killing Alex’s family and other residents.

Soon after the incident, Maxi grows distant from her father and meets a young man named Karl. He invites Maxi to join him at a student meet in Prague. Maxi does not know that Karl is the person who bombed the building and is grooming Maxi to join Re/Generation, a group of young people with far-right ideologies. Maxi travels to Prague and is inducted into the group. She is convinced to share her story with people through the group’s platform, thus earning sympathizers and supporters for their Pan-European nationalist cause.

Meanwhile, Karl prepares to support radical right-wing French politician Odile Duval and travels to Strasbourg with Maxi. A worried Alex meets Yusuf, who helps him track down Maxi to France. At an event to implore the citizens to vote for the referendum organized by Odile, Maxi and Karl deliver rousing speeches. After the event, as per their plan, Karl is shot dead. As a result, riots break out across Europe, and Maxi and Alex are caught in the middle of the power grab.

Je Suis Karl Ending: Is Karl Dead? What Is the Significance of His Political Views?

To create some context for the uninitiated viewers, the objective of Karl and his group appears to stem from anti-immigrant and anti-Islamic sentiments. While the film does not explicitly state so through dialog, it is clear that Re/Generation sees immigrants, especially Muslims, as a threat. To quantify their assimilated political ideas, we shall use the term identitarianism. For the sake of this discussion, let us simplify the concept of identitarianism and see it as the political ideology of Europe belonging exclusively to people of European descent.

Karl and his group wish to spark a movement across Europe to further their agenda that echoes the sentiments of the Great Replacement, a theory that posits that white/native European groups are “being reverse-colonized by black and brown immigrants.” In effect, the group’s feelings seemingly stem from the Great Replacement and their agenda resembles global repatriation. This anti-globalization stance is commonly seen in identitarian ideologists. On the surface, the ideology might sound Fascist or neo-Nazi, but identitarians typically denounce this notion. This is particularly evident in one scene where Karl condemns a follower for making a Hitler joke.

The choice of the name Karl particularly reminds the viewers of Karl Marx and his theory of materialistic socioeconomic analysis. However, that only serves the purpose of showing how muddled the beliefs of Karl and his followers are — Marxism in and of itself does not necessarily push for remigration. In fact, at the second international assembly of the International Workingmen’s Association in 1867, Marx exclaimed that “managed migration” was not the answer — international organization was the need of the hour. And although the discussion of all these ideologies is one that could span for hours at an end, we get the feeling that the makers of ‘Je Suis Karl’ chose the protagonist’s name to give the viewers a sense that the confusion they are feeling is intentional.

The team behind the movie wants the audience to feel the contrast and overlap of political ideas that have shaped our world today. After all, Karl and his group are the perpetrators of both acts of violence at the start and end of the movie. Their actions are meant to spark a collective revolution across Europe, and Karl’s death proves to be that spark. Yes, Karl is dead, and his death acts as the blindfold that makes the politically uninformed public perceive immigrants and Muslims as a threat to their ideas of what Europe is.

The points Karl, Maxi, and Odile make in their speeches originate from a feeling of fear and are proved right by the attack on Karl. After Karl’s death, people adopt the chant of “I am Karl” to honor the memory of the person who they believe to be a hero. The impact of Karl’s death serves as social commentary on counterfeit heroism, or, for that matter, nationalism — although, it is getting increasingly difficult to differentiate between the two in today’s day and age.

What Is the Political Relevance of Maxi, Alex, and Yusuf’s Fates?

Towards the end of the movie, Maxi finds herself entangled in another tragedy in the form of Karl’s death. To make matters worse, when the riot breaks, Maxi and Alex are left to fend for themselves. Yusuf hides inside a car in a scene that is reminiscent of the way in which he arrived in Germany. It is a subtle visual motif that underlines the tragic state of immigrants in Europe who are more or less conformed to a life of fear and hiding amidst the growing anti-immigrant sentiments.

After Yusuf’s introduction in the film’s opening scenes, his fate is left intentionally unresolved until much later. Yusuf’s fate serves as a pop quiz for the viewers to check their political views. Those who presumed that Yusuf has some connection to the bombing of Alex’s house might want to rethink their political correctness. Nonetheless, the narrative that thrives on this presumption is proof enough of why people, especially the younger generation, are attracted to far-right political ideas.

On the other hand, Maxi and Alex are simply common people who suffer due to the political power struggles and radical acts of nationalism in their respective regions of residency. In the movie’s final moments, Alex and Maxi head out to save Yusuf from the riot. Instead, Yusuf ends up taking them to safety. The film ends with the trio walking in a dark underground tunnel with a faint light at the end.

Maxi, Alex, and Yusuf make it out of the riot alive, and their collective fate represents the codependency between natives and immigrants. It is a poignant note to end the film on and leaves the viewers with the hope of creating a harmonious future even though the possibility seems bleak. The fact that the audience is aware of the real threat in the film allows them to form an objective opinion on the themes it portrays. In the process, the movie also presents the audience with the challenge of creating such nuanced views in real life.