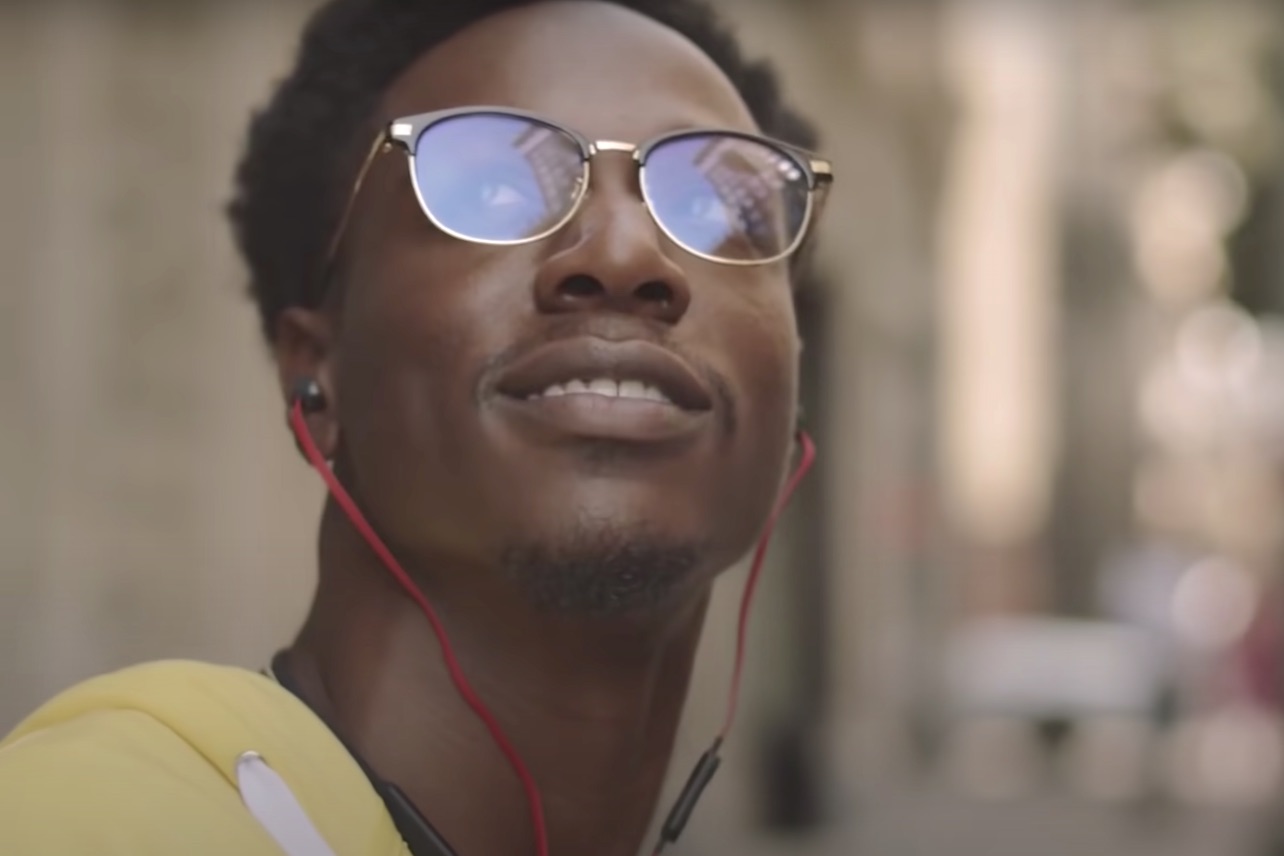 Getting home to your dog is a pretty regular task that we all look forward to. Well, ‘Two Distant Strangers’ uses this seemingly mundane gesture to reevaluate how the black community is viewed by the very people sworn to protect society, and it makes for a frightening thought experiment for the audience. A racist cop, an innocent black man, a dog, and a time loop are all elements that make up the plot, and they are more than enough to make this movie stand out. So, without further ado, let’s talk about that ending, shall we? SPOILERS AHEAD.

Carter, a graphic designer, spends the night with Perri and has to go home to his dog the next day. After he leaves Perri’s apartment, Carter smokes a cigarette on the sidewalk and accidentally bumps into a man, spilling the latter’s coffee. Just then, a police officer named Merk approaches Carter and questions him about the “contents” of the cigarette and a wad of cash that fell from Carter’s bag. By the end of this interaction, Merk, along with other cops, “restrains” Carter with his knee (in a manner quite similar to how George Floyd was subdued).

Shouting “I can’t breathe,” which is an obvious homage to Eric Garner’s death, Carter dies due to the use of excessive force. He then wakes up in Perri’s bed with the feeling of deja-vu. After a few more incidents, Carter soon realizes that he is stuck in a time loop. No matter what precaution he takes, Carter meets the same fate eventually. After 99 iterations of his death, he decides to approach Officer Merk. Will Carter be able to secure his safety?

When Carter approaches Merk, the latter cannot fathom that they are stuck in a time loop. He seems to understand Carter’s predicament and even agrees to drop the protagonist home. The car ride also makes for an interesting one. After all, while Carter points out how institutionalized racism and other factors have really impacted the black community, Merk feels as though each individual is responsible for their own actions. The two individuals then agree to disagree. 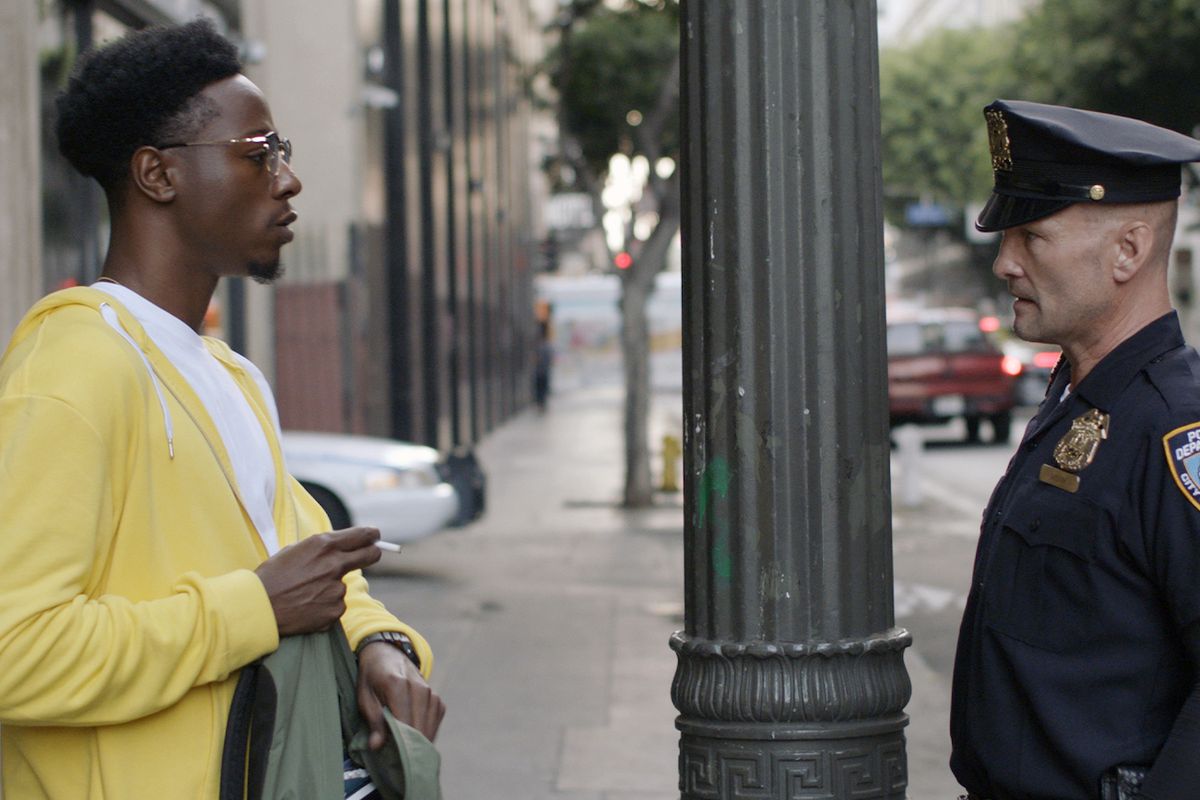 As Carter and Merk finally reach the former’s place, things seem to end on a good note. Just then, Merk starts clapping and calls the protagonist’s “performance” the “best of the bunch” before he shoots Carter. Merk then tells Carter, “See you tomorrow.” Evidently, Merk has always been aware of the loop, and it seems, in a twisted way, that the cop enjoys these fatal interactions that he has with Carter. But needless to say, Carter doesn’t share this same sense of elation as the cop. It is imperative for the black protagonist to break the cycle and escape his tormentor.

In essence, the only way Carter can escape this time loop is by actually surviving, and it is clear that Merk won’t really let that happen. Although Carter vows to never give up and promises to work on finding a solution, there is something else that needs our immediate attention – the very purpose of the time loop. Before we can discuss if Carter will be able to break the loop, we need to talk about the time loop itself. As a rhetoric device, it serves to highlight just how many black individuals have been killed while doing some rather regular and non-threatening activity, like eating ice cream.

Moreover, it pertinently points out that while some conditions may change, it always involves the same basic factor – police brutality against the black community. You can change the names of both the individual and the cop, you can change the location they’re in, and you can even try to ameliorate the situation and provide proper justification for your actions. But if the cop is a racist, then the outcome will most likely not be any different. Be it because of a gunshot or because the cop knelt on someone’s neck, the black person will be marched to their demise in such situations.

Yes, not all cops are racist, but the ones that are, really do torment the black community. This naturally makes us feel as though Carter cannot break the time loop. It is not because he doesn’t want to do so, but because Merk will most likely not let that happen. It seems that for Carter to escape this situation, either Merk needs to let him live willingly, or Carter will have to kill Merk. However, both these situations seem next to impossible. Merk has already established that he will “see” Carter the next day, thereby confirming that the cop doesn’t plan on changing the status quo anytime soon. 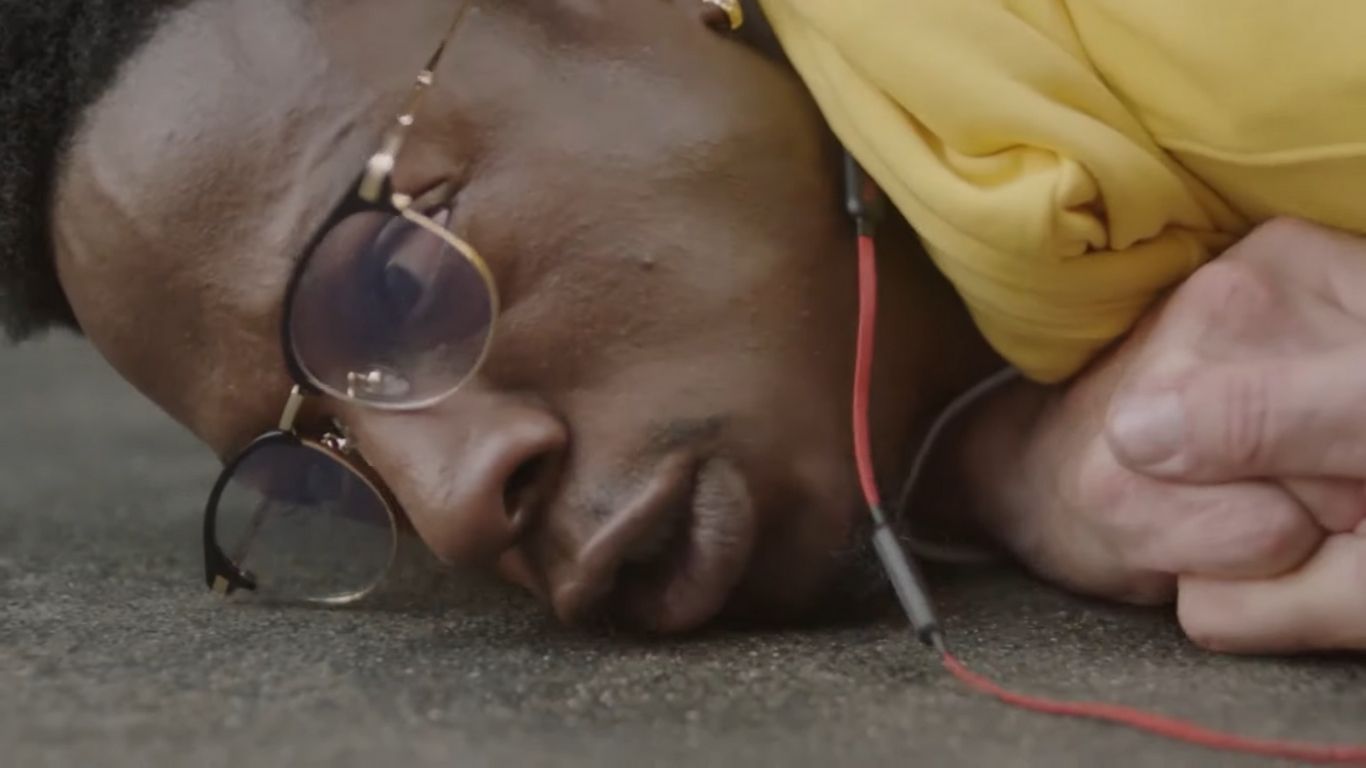 As for Carter, he could kill Merk in self-defense. But somehow, we don’t think it’ll lead to the outcome that Carter would want. Sure, the graphic designer may be able to escape the loop, but it will, more likely than not, land him in jail since no one will really buy the self-defense claims. In conclusion, although Carter is optimistic that, one day, he will be able to escape this predicament, it seems as though he would actually need Merk to cooperate as well.

After all, it takes two to tango. This vicious cycle can only come to an end when both the black community and the police officers join forces. Until empathy becomes the norm, not much is likely to change. Black individuals will still be put in harm’s way, and until and unless police officers are actually held accountable in a court of law, which is quite a mammoth task in itself, the cycle could just continue.

Hence, after reviewing all the evidence, it seems like Carter will not be able to break the time loop easily. The loop represents not only the countless people who have died at the hands of unscrupulous police officers, but it is also a double-edged sword – although it ensures Carter’s survival, it is also the reason he has died a hundred times. Carter will have to wait for a while before he can get home to his dog (if that possibility will still exist in time).