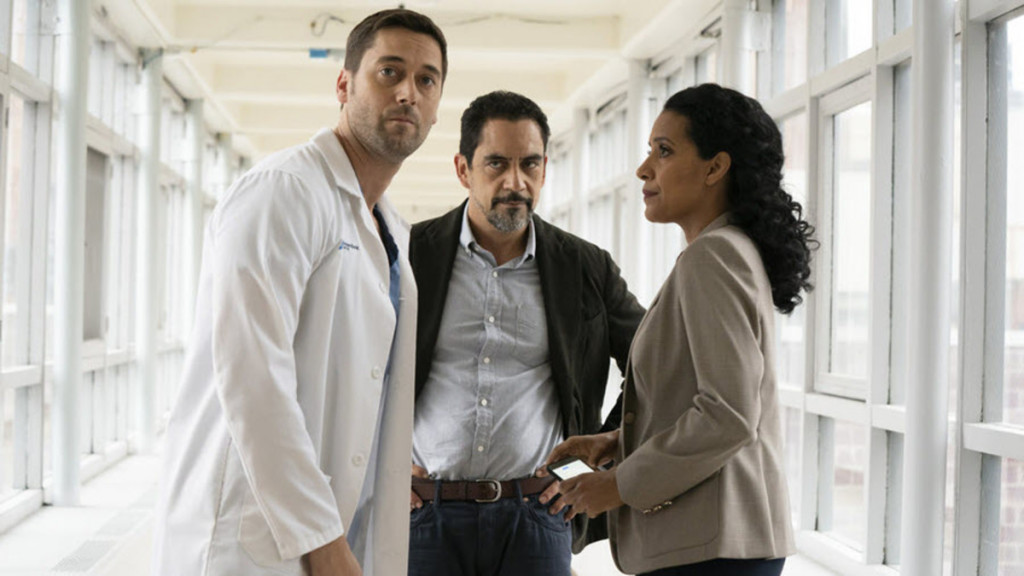 Medical dramas…they make us gasp at the characters’ personal lives affecting others’ health, root for patients with very low chances and empathize with morally grey characters. More effectively however, they make us really ponder over ethics and the consequences of our actions since they are set in a place that is the symbol of swinging between life and death: the hospital.

Based on the memoir, ‘Twelve Patients: Life and Death at Bellevue Hospital,’ ‘New Amsterdam’ is a television series by NBC. It follows the charming and genius doctor, Max Goodwin who becomes the new medical director at America’s oldest public hospital. The show changes the story’s setting from the actual Bellevue Hospital in the memoir to the fictional, New Amsterdam Hospital.

Where is New Amsterdam Filmed?

‘New Amsterdam’ is a medical drama whose title is an allusion to one of the first settlements in New York City. As mentioned earlier, it focuses on a fictional hospital in Manhattan. Hence, many of you might be wondering where the show is actually filmed. Is it shot primarily in the Big Apple? Or is it filmed elsewhere and on other locations which are passed off as the city?

Yes. The show is indeed filmed in New York City. It has been shot at a variety of locations in the city. The hospital, for instance, has actually been filmed in more than one location. And the fictional New Amsterdam Hospital obviously plays a big role in the medical drama.

Like every medical drama, it is the most frequent setting/location on the show. Interestingly, it has been partly filmed at the first public hospital in the United States, the Bellevue Hospital. It was founded way back in 1736. Moreover, this is also the hospital where the memoir that the series is based upon is set in.

Moreover, scenes set in the New Amsterdam Hospital have also been filmed at Kings Country Hospital in Brooklyn. It was founded a long time ago, in the 19th century and has its origins in an institution known as The Almshouse. Additionally, another NYC hospital founded in the 19th century that has been used to film scenes set in New Amsterdam hospital is the Metropolitan Health Centre in East Harlem.

Apart from the pilot, most of the scenes set in the New Amsterdam Hospital are filmed at other hospitals including King County Hospital and numerous other soundstages in the cities of Mount Vernon and Yonkers in New York.

Furthermore, according to local sources, the producers of ‘New Amsterdam’ shelled out $66,000 to shoot in Metropolitan Hospital, Manhattan. Moreover, they paid $187,500 to King’s County Hospital.

Plus, the show also has several scenes that are filmed on the streets of New York including 32nd and 2nd Avenue:

Furthermore, the following tweet reveals how the show was also filmed in Crown Heights, a neighborhood in Brooklyn, New York.

The show was also filmed in 27th Street, 5th Avenue and on Madison Avenue as the following tweets reveal:

Additionally, the following tweet shows how ‘New Amsterdam was filmed on Bedford Avenue between St. Johns and Sterling Place in Brooklyn.

#VerbatimNYC: “We're making snow, #FakeSnow. You’ll have to walk around.” This was yesterday on a day when real snow fell! Location: Stuyvesant Square Park. They're filming through Friday, Feb 1, for @NBCNewAmsterdam, a hospital drama show I've never watched on @NBC. pic.twitter.com/mGiIBXfywM