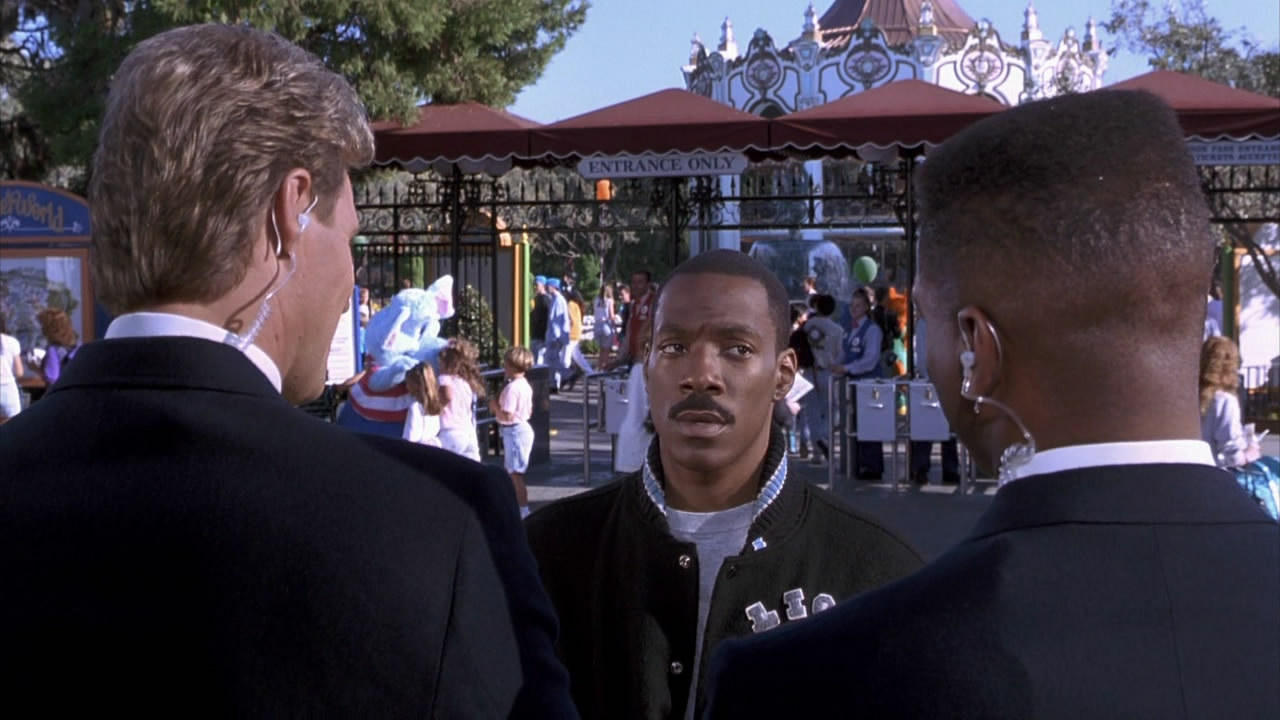 The movies that catapulted comedian Eddie Murphy into Hollywood super stardom, the ’Beverly Hills Cop’ franchise had pretty much run out of steam by the time it wrapped up in 1994. Nevertheless, the movies remain fondly remembered by many who grew up watching them, and there has been talk of another possible sequel for a long time now.

After multiple attempts to revive the series throughout the years, including an unaired pilot for a possible TV show, it is looking like Axel Foley is finally ready to make his return to the silver screen, thanks to Netflix. Read on to find out everything we know about ‘Beverly Hills Cop IV’.

The first movie in the trilogy titled ‘Beverly Hills Cop’ debuted in 1984 and starred a fresh face Eddie Murphy as Detective Axel Foley, a police officer with an unorthodox approach to the job hailing from the streets of Detroit. Axel doesn’t get along very well with his superiors in the police department, who all consider him to be a bit of a loose cannon. However, when Axel’s childhood friend Mikey Tandino gets murdered by some thugs who break into his apartment, Axel goes to California in order to track down the killers and bring them to justice.

In California, Axel enlists the help of two circumspect police officers from the Beverly Hills Police Department named Billy Rosewood and John Taggart and must try and work around the restrictions put in place by the chief of police, who is not the biggest fan of Axel’s manner of working.

‘Beverly Hills Cop’ is directed by Golden Globe Award winning director Martin Brest and stars actor comedian Eddie Murphy as Axel Foley, Judge Reinhold as Detective Billy Rosewood, John Ashton as Detective John Taggart and Lisa Eilbacher as Jenny Summers as part of the main cast. The movie was a massive commercial success, raking in $234 million at the Box Office to become the highest grossing film in the US in 1984.

A sequel to the original movie titled ‘Beverly Hills Cop II’ came out three years later in 1987, this time directed by English filmmaker Tony Scott of ‘Top Gun Fame’. Detective Axel Foley returns to Beverly Hills when he learns that his friend Captain Andrew Bogomil has been shot. The old band gets together once again, as Axel teams up with Beverly Hills Police Department detectives Billy Rosewood and Sgt. John Taggart.

The trio set about trying to find Andrew’s shooter and come across a string of high end robberies where the perpetrators leave behind monogrammed envelopes with alphabetical sequences. After some investigating, they find out that a local weapons kingpin named Maxwell Dent is behind the so-called “Alphabet crimes”, and they must try and lure him out while also contending with an ineffectual and derisive Police Chief named Harold Lutz.

Despite not being as commercially successful on home soil as the previous movie, ‘Beverly Hills Cop II’ was a resounding commercial success. However, the critical reception was decidedly much more mixed.

The final movie in the original trilogy came out sometime later in 1994 and was called ‘Beverly Hills Cop III’. Like in the previous two films, Detective Axel Foley once again returns to Beverly Hills, and when his boss, Inspector G. Douglas Todd, is shot dead by a gang of car thieves his investigations lead him to an amusement park named “Wonderland”. This time around, John Ashton’s Sgt. John Taggart does not return, and it is explained that he retired sometime in between the events of the second and third movies. However, Billy Rosewood returns yet again, and this time he has been promoted to DDOJSIOC – the Deputy Director of Joint Special Inter Operational Command. Together with his new partner Jon Flint (played by actor Héctor Elizondo), the three must band together to face their newest nemesis.

Compared to the lofty standards set by the first two movies, ‘Beverly Hills Cop III’ was an underwhelming failure, both commercially and critically. Lead actor Eddie Murphy himself considers it to be the weakest film in the ‘Beverly Hills Cop’ trilogy.

Beverly Hills Cop 4 Plot: What Could it Be About?

After several failed attempts at rebooting the franchise, it was recently confirmed that a ‘Beverly Hills Cop IV’ movie is now officially in the pipeline. The previous three films all followed one basic formula. Axel returns to Beverly Hills to investigate the shooting of one of his close friends/mentors, and then finds himself investigating a mysterious new threat along with his friends in the police department.

There’s a good chance that the fourth movie could follow the same fundamental premise, but some rumors seem to suggest that this tried and tested formula could be flipped on its head this time around. This time, a much older Axel Foley could return to Detroit for a new case and is paired with a young and unyielding Detroit cop as his partner. As a fan of the original movies (well, at least the first two), it would be very interesting to see Axel Foley in a more mature, mentorship role this time around, possibly even struggling to keep up with his more youthful and vigorous new partner.

Co-directors of ‘Beverly Hills Cop IV’ Adil El Arbi and Bilall Fallah were also supposedly considering either actor Channing Tatum (best known for his role as Mike in ‘Magic Mike’) or Tom Hardy (Bane in ‘The Dark Knight Rises’) for the role of the main villain in the upcoming movie, but nothing is confirmed on that front yet.

Beverly Hills Cop 4 Cast and Crew: Who Could Be Behind The Movie?

It has been confirmed that ‘Beverly Hills Cop IV’ is helmed by director duo Adil El Arbi and Bilall Fallah. Eddie Murphy will return as Detroit turned LA cop, Axel Foley. Not much is known about the rest of the cast, but we may see Channing Tatum or Tom Hardy cast as the antagonist in ‘Beverly Hills Cop IV’.

Beverly Hills Cop IV Release Date: When Will it Premiere?

Earlier in October 2019, Eddie Murphy revealed that production on ‘Beverly Hills Cop IV’ will begin when work on his other reboot ‘Coming to America 2’ wraps up. Paramount Pictures has struck a deal with streaming giant Netflix to create the fourth film, which means we may see the movie come directly to our home screens. By my most optimistic estimates, I expect ‘Beverly Hills Cop 4’ to release sometime in 2021.