Nicole Lovell, a teenager who had her whole life ahead of her, disappeared from her home in Blacksburg, Virginia, in 2016. The ensuing investigation revealed a disturbing story and the prevalence of predators on social media preying on unsuspecting children. CBS News’ ’48 Hours: The Stranger Online’ shines a light on Nicole’s tragic murder and what happened to the people responsible. So, let’s find out more about this case then, shall we?

How Did Nicole Lovell Die?

Nicole Lovell was a 13-year-old living with her mother in Blacksburg at the time of the incident. Since she was born with a damaged liver, Nicole needed a transplant and continued taking anti-rejection medication every day even after she got older. The surgery left scars, and as a result, Nicole was bullied at school. The teenager had trouble fitting in and spent a lot of her time online on social media.

On the morning of January 27, 2016, Nicole’s mother, Tammy, went to her daughter’s room only to find the nightstand pushed up against the door. The window was open, and Nicole was nowhere to be seen. After not hearing back from her daughter, Tammy contacted friends, and eventually, the police. About three days later, Nicole’s naked body was found about 90 miles away in North Carolina. She had been stabbed at least 14 times, and her throat was slashed.

When the authorities looked into Nicole Lovell’s social media activity, they learned that she used Kik, a messaging app. On that platform, Nicole had been talking to someone with the screen name Dr_Tombstone. This was traced to a then 18-year-old freshman at Virginia Tech, David Eisenhauer. The athlete was brought in for questioning and had claimed that he had been talking to Nicole, but she told him she was 16 or 17 years old.

David claimed they planned to meet on the night of January 2016, but when he noticed she seemed much younger, he took off immediately. He contended that nothing sexual happened between them. However, Nicole’s conversations with him on Kik painted a different picture. They had been talking for months, had met in person at least once before, and had possibly gotten sexually intimate. During questioning, David implicated another freshman from the university, Natalie Keepers, then about 19-years-old.

Natalie told the authorities that David feared people would find out about his relationship with Nicole, an underage girl. Natalie further added that David came up to her, and they talked about different ways to kill the 13-year-old. They even considered switching out her medication with cyanide pills at one point. Around 1 am on January 27, David picked Nicole up, drove her into the woods near Virginia Tech, and stabbed her to death.

The authorities found extensive physical evidence that connected both to Nicole’s murder. David’s DNA was found under the victim’s fingernails, and her blood was located inside his car. Furthermore, the day before Nicole’s death, David searched the internet for “knock-out drugs,” and questions like, “How long does it take to burn a body” and “How does the tv serial killer Dexter get rid of bodies.” Natalie’s handprint was found on the bloody shovel, and surveillance footage from a Walmart showed them both buying the shovel and cleaning supplies on January 26, 2016. Additionally, some of Nicole’s belongings were found in Natalie’s room.

Natalie also admitted driving around with David to look for a place to carry out the murder. In 2018, at David’s trial, his lawyers tried to paint Natalie as the mastermind, claiming that she influenced his decisions. They said David had trouble making up his own mind and was diagnosed with an autism spectrum disorder. Natalie’s attorneys later claimed that their client believed killing Nicole was a fantasy. While she admitted to planning, helping clean up, and disposing of the body, Natalie reportedly denied being present when the murder happened and claimed David was solely responsible for it.

Where Are Natalie Keepers and David Eisenhauer Now?

In February 2018, a few days into the trial, David pleaded no contest to first-degree murder, abduction, and concealing a dead body. A few months later, he received 60 years for the murder, 10 years for the abduction, and 5 years for hiding the body. After the judge suspended 25 years, David received 50 years behind bars and 20 years of probation. He apologized in court, saying, “I’m sorry for the pain my actions have caused Nicole Lovell and her family. It is my deepest regret, and I’m aware my actions have consequences.” 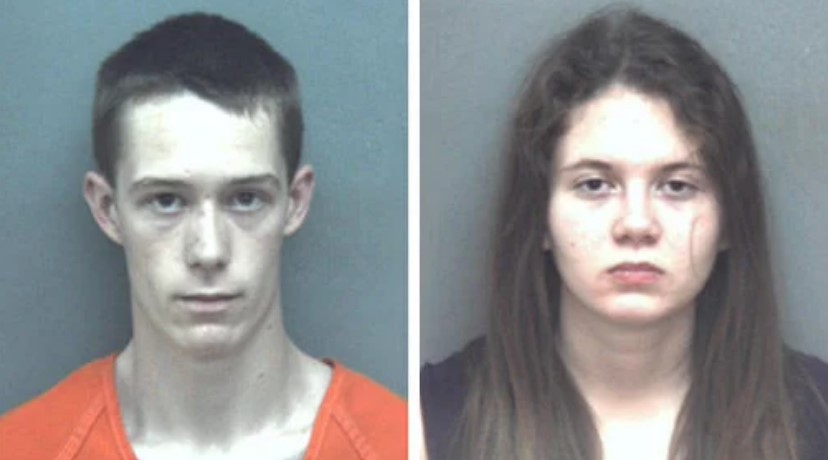 David added, “Nothing can ever undo what has been done, and for that, I am deeply, sincerely, and forever sorry.” Prison records indicate he remains incarcerated at Red Onion State Prison in Pound, Virginia. On the other hand, Natalie pled guilty to helping conceal Nicole’s body but went to trial on a charge of accessory to murder in September 2018. She was found guilty and sentenced to 40 years in prison. Nicole is serving her sentence at Fluvanna Correctional Center for Women in Troy, Virginia.