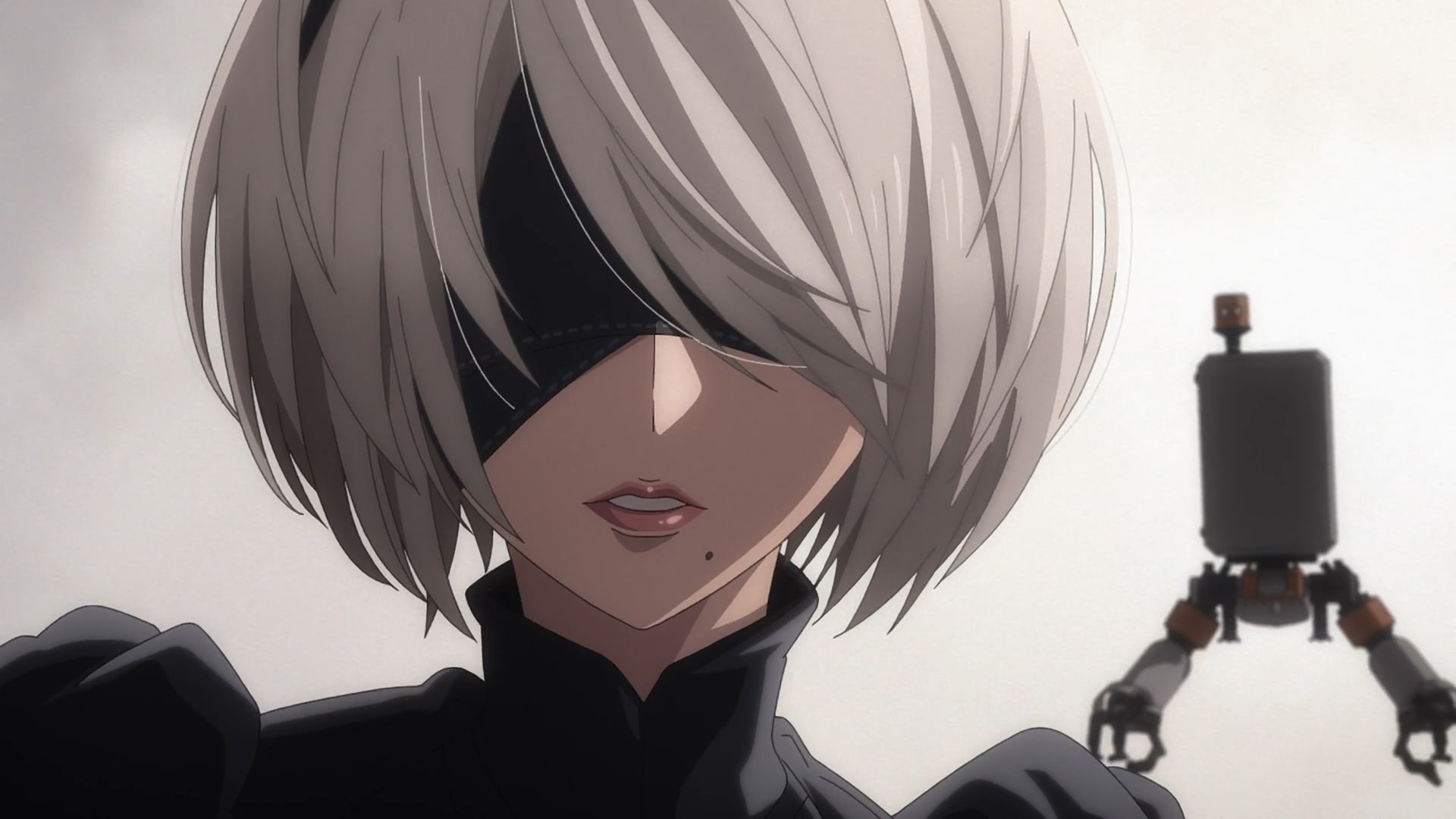 In ‘NieR:Automata Ver1.1a’ episode 1 titled ‘Or not to [B]e,’ an android soldier named 2B is tasked to eliminate a Goliath-class Machine lifeform with the help of her unit. Unfortunately, she encounters overwhelmingly strong enemies along the way, and by the time she reaches the abandoned factor to fight the target, all she has left is a pod to support her. But help soon arrives when another android named 9S, joins 2B to locate and then eradicate the Goliath-class Machine lifeform. Here’s everything you need to know about the ending of ‘NieR:Automata Ver1.1a’ episode 1. SPOILERS AHEAD!

An android named 2B is assigned the dangerous mission to eliminate a Goliath-class Machine Lifeform. Unfortunately, even before she gets to the enemy, her unit is attacked relentlessly by enemies. While she fights back valiantly, each member of her unit is eliminated one by one until she is left to fend for herself. Despite the obvious risks, she manages to continue fighting and eventually makes her way to the abandoned factory where the Goliath-class Machine Lifeform is probably hiding. 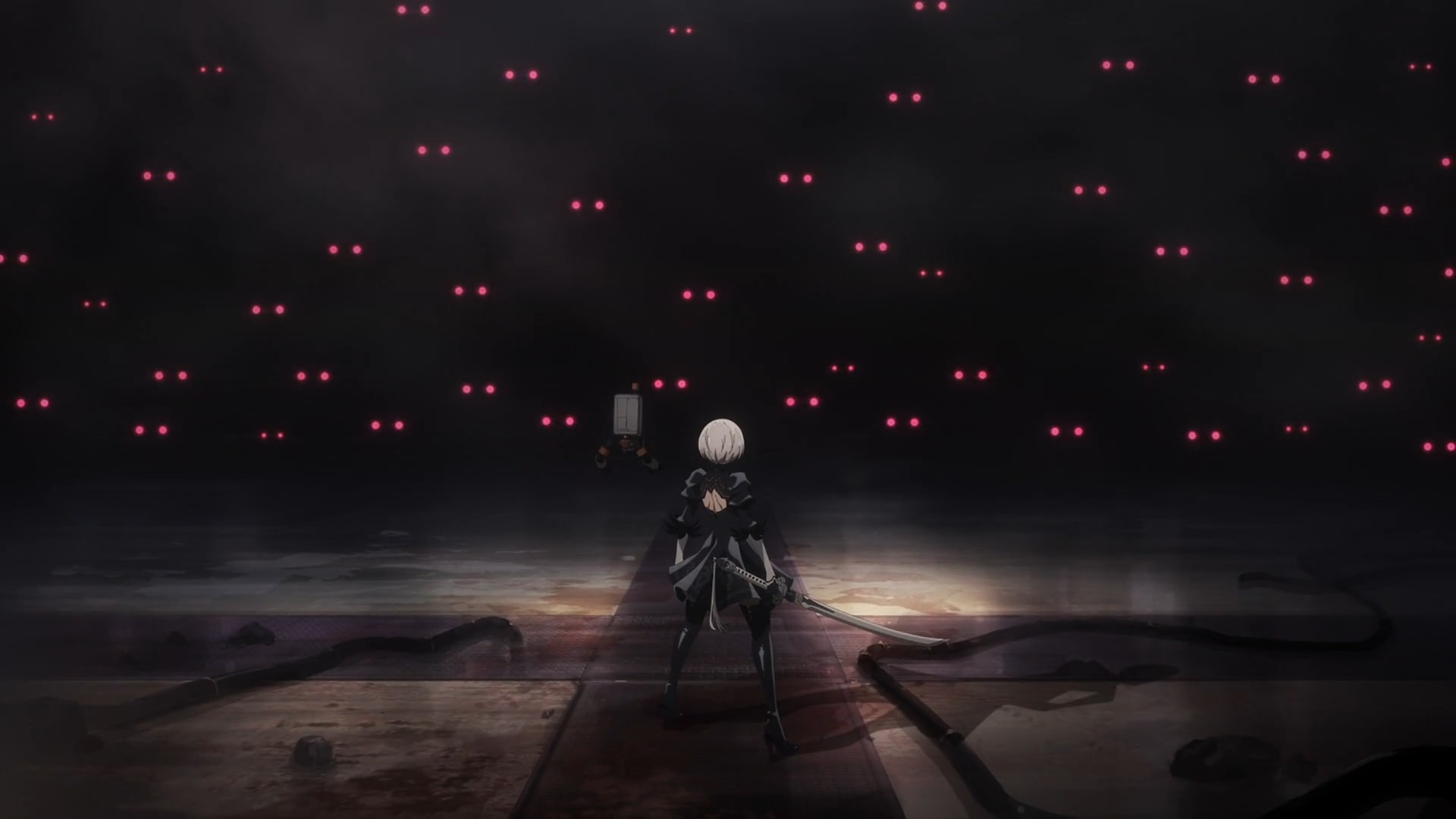 2B realizes that the factory was most likely built by humans and is now being used by enemies to create more machine lifeforms. There she encounters various non-threatening enemies. Meanwhile, another android named 9S that specializes in warfare is sent as backup. Around the same time, 2B is fighting a gigantic machine in the factory. She almost manages to take it down herself, but despite being on fire it somehow gathers strength and launches one last attack.

9S intervenes just in time to save 2B from an unexpected attack. After they briefly get acquainted with one another, the duo starts looking for the machine lifeform and its core. While they manage to track down the core, there are no traces of the Goliath-class Machine Lifeform they have been looking for in the region. 2B soon manages to get to the core and suddenly the target makes its appearance as well. However, the building-sized Machine will not naturally go down so easily, so they prepare for a long battle.

After 2B and 9S come face to face with the Goliath-class Machine Lifeform, they realize that it is actually a building-sized Machine that won’t easily go down. Therefore, 9S decides to hack it instead, hoping that this way they won’t have to risk anything. While he initially has some success trying to hack the internal mechanism of the huge machine, he soon realizes that it is recovering way faster than he has anticipated. 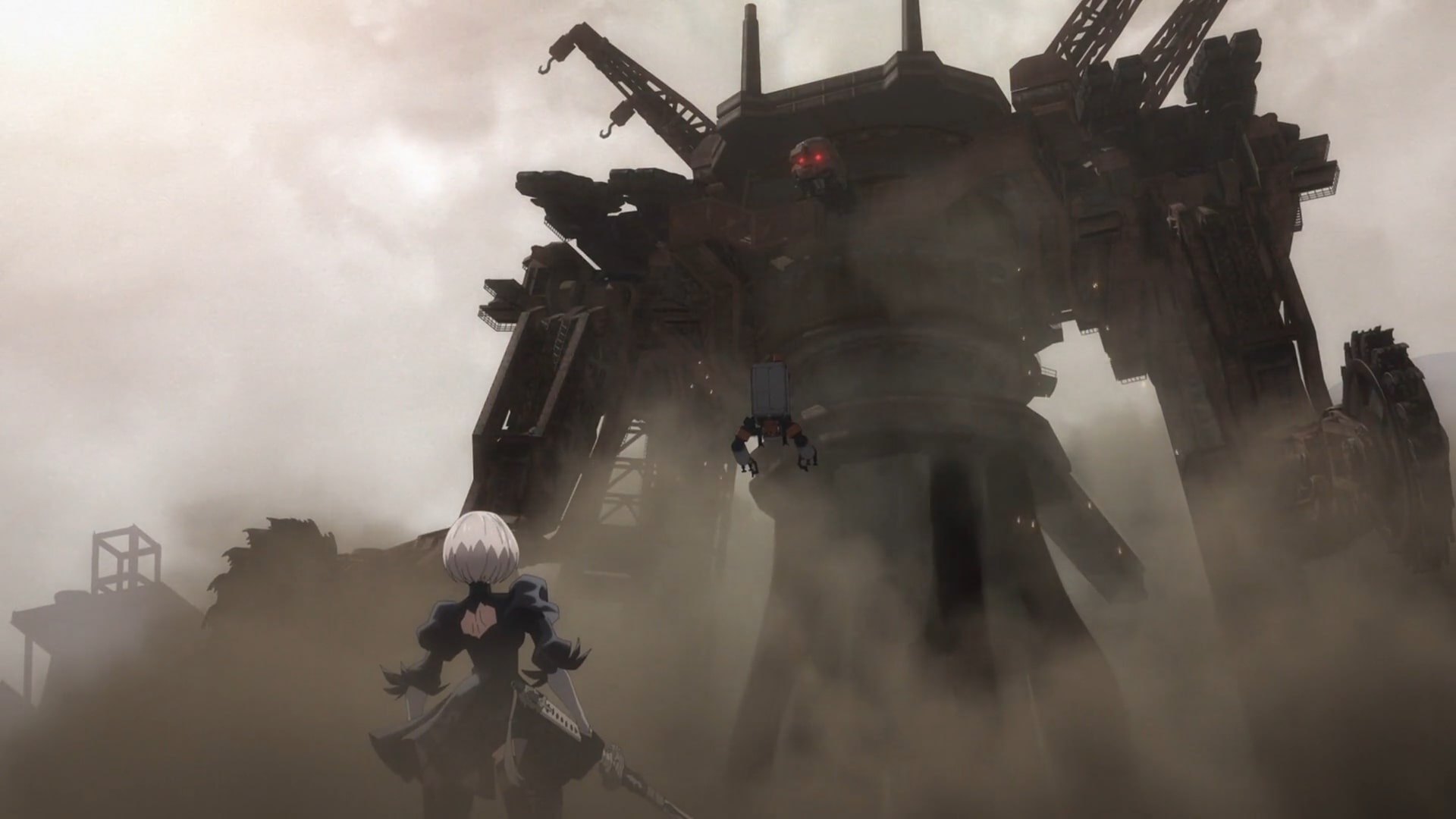 Suddenly, 9S gets attacked and sustains some serious injuries. 2B immediately rushes to his side and learns that her vitals are concerning. While she wants to help him, 9S expects 2B to focus on the mission. Interestingly, the duo had managed to inflict some damage earlier and the hacking had managed to temporarily shut down the Goliath-class Machine Lifeform’s functionality. This indeed afforded 2B some opportunity to complete the mission.

After transferring the control rights of the equipment Ho229 from 9S to 2B, the latter uses it to fight the enemy. This time the attacks are even more effective than before, but just when it seems that the battle is won, 9S and 2B are surrounded by three more Goliaths. At this point, the duo knows that there is only one way to win the battle and that is to self-destruct their black boxes, which they eventually do to destroy the Goliath-class Machine Lifeform.

What Happens to 2B and 9S? Are they Revived? Why Does 9S Not Remember Anything After Meeting 2B?

After 2B and 9S together come to the conclusion that they have only one way to destroy the three Goliaths surrounding them, they self-destruct their black boxes. The blast is big enough to kill all the enemies in the vicinity, but this also means that 2B and 9S are annihilated in the process. But since they are androids and not humans, they do not necessarily die. It is then revealed that both of them are later revived in YoRHa’s orbital headquarters as if nothing ever happened. 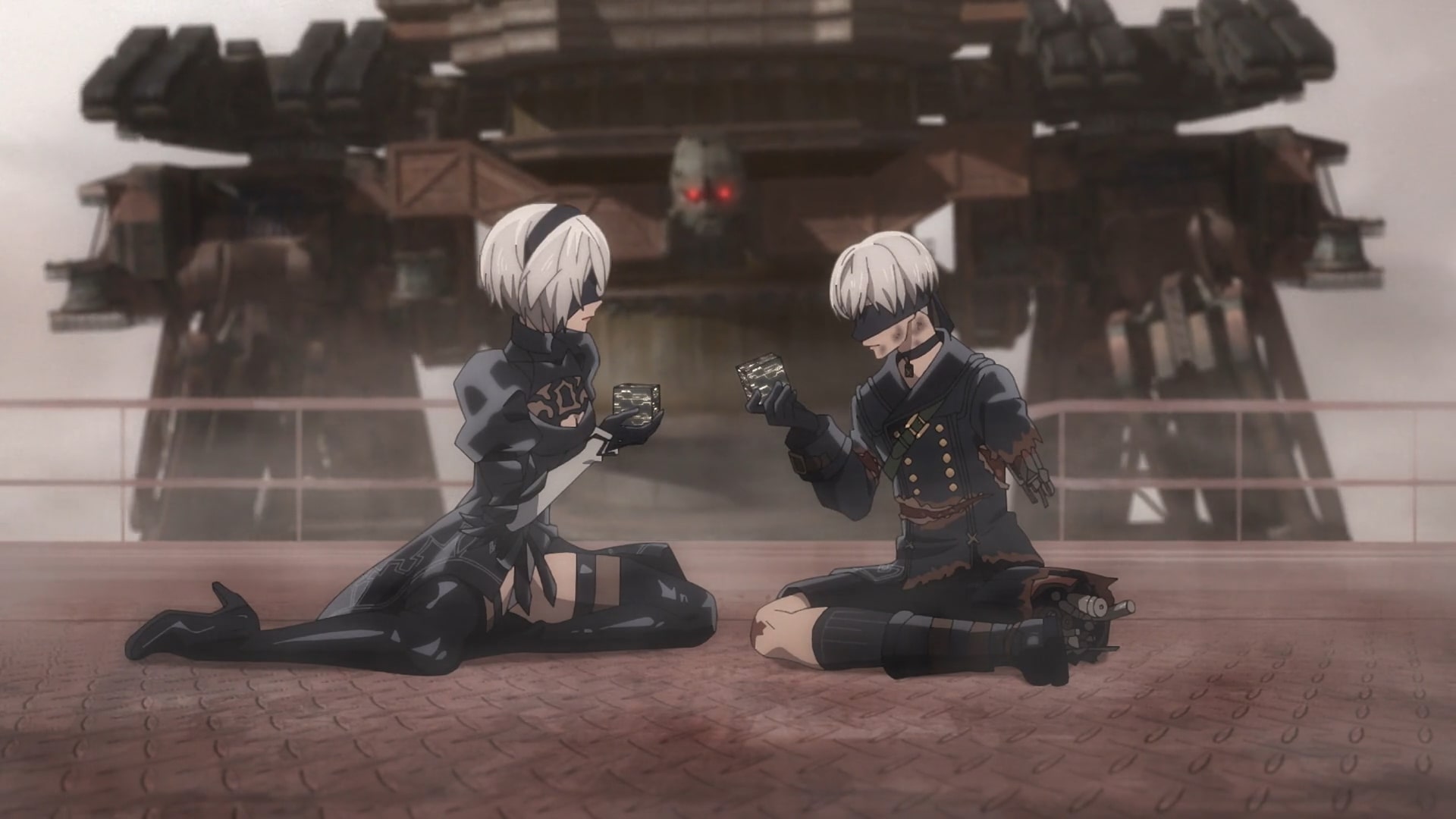 When 9S and 2B meet again, the latter realizes that the former does not remember everything. It turns out that 9S had prioritized backing up 2B’s data first and he did not find enough time to do the same for himself. So when they were incinerated in the blast, only 2B’s uploaded data was accessible, which meant 9S despite being revived does not recall anything after meeting her.