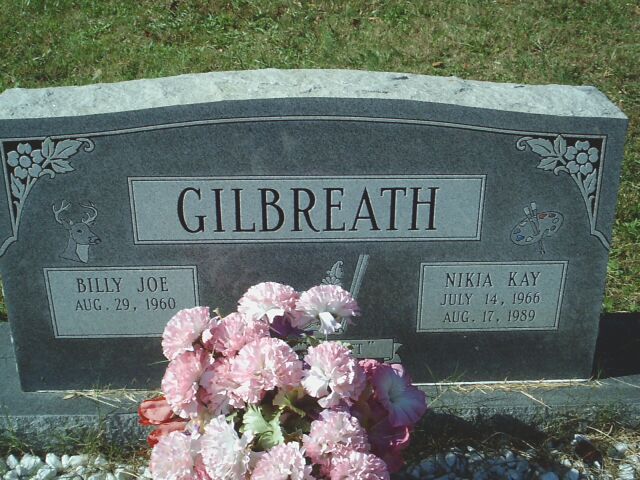 In August 1989, the town of Villanow in Georgia was rocked by the discovery of the body of the 23-year-old mother, Nikia Gilbreath, who had been kidnapped from her home, murdered, and dumped in an illegal trash dump while she was five months pregnant. The case was slowly turning cold when a stroke of luck pushed the police to capture the perpetrator, who was also found to be linked with other crimes.

Investigation Discovery’s ‘On the Case With Paula Zahn: The Depths of Evil’ meticulously chronicles this tragic tale and helps the viewers understand the various aspects of the investigation involved. If you want to know more about the case details as well as the identity and the current location of the perpetrator, we have you covered. Let’s dive in then, shall we?

How Did Nikia Gilbreath Die?

Born on July 12, 1966, Nikia Kay Tucker Gilbreath was the daughter of Linda (Anderson) Tucker and Gary Tucker. Niki, as her friends and family used to call her, was a sweet and caring person. Describing her daughter, Linda said, “She was trusting, and that had a lot to do, I’m sure, (with what happened).” Nikia graduated from Northwest High School in 1985 and adored dancing, pottery, painting, and gymnastics during her high school years. She was happily married to her husband, Joe Gilbreath. Nikia and Joe had a beautiful daughter named Amber.

At the time of the incident, Nikia was five months pregnant with their second child and had been planning to visit Florida with Linda and Amber, then nearly 2-years-old, so that her daughter could see the beach for the first time. Hence, it came as a shock when Joe left at around 6 am for work on August 17, 1989, and returned in the evening to find Amber alone at their home in Villanow, Georgia, and Nikia missing. She had an appointment to enroll Amber in dance or gym classes but had not kept it. Her car was also missing, and the family suspected something was wrong.

Linda contacted her brother-in-law, then-Walker County Superior Court Judge Joe B. Tucker, and the police arrived later that evening. Nothing except the 23-year-old mom and her car seemed to be missing at first, but the police eventually discovered that a large number of Nikia’s underwear had been removed from her dresser, along with a baby blanket, a quilted bedspread, and one part of Amber’s bathing suit. A telephone cord also seemed to have been removed forcibly from the wall jack, leaving the plug.

The Walker County Sheriff, Al Millard, appeared at the crime scene later that night, and a search for the missing Nikia was organized with the help of helicopters that were equipped with infrared sensors, covering a 50-mile radius. However, the car of the young mother was found on an unpaved logging road the next day. A few days after her disappearance, a ragpicker stumbled across Nikia’s body while picking cans in an illegal trash dump several miles away in the woods on the way to LaFayette.

The autopsy report showed that Nikia’s body had three broken ribs, ligature marks around her ankles and wrists indicating she had been tied, and numerous bruise marks all over. As per reports, Nikia had died of asphyxiation caused by wadded-up paper towels stuffed in her pharynx. The fetus was in a partially delivered condition; the experts stated that the death of Nikia resulted in the death of her unborn son, whom the couple had named Garrett.

The investigators had no potential suspects for several months, with the family unable to offer any solid motive or suspect behind the gruesome murder. However, it was the missing garments that the killer allegedly took as trophies that finally led the police to the murder. Linda had made sure that the investigators had photographs of all the stolen garments, which led to one of the officers recognizing the bedspread while investigating another perpetrator in the city of Rome in Georgia. 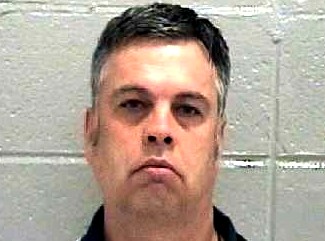 James “Jamie” Ray Ward had reportedly been convicted of kidnapping another woman from her house in Gordon County on December 18, 1989, leaving her 9-year-old daughter sleeping. As per court documents, James drove her to an abandoned warehouse, forced her to wear undergarments he had brought along with him, and raped her multiple times. The victim did not reportedly fight back and was allowed to return home alive to find some of her underwear also missing.

The Gordon County police had arrested James from his residence, which was unfinished and had no water supply or electricity, except in the bedroom. There were tons of boxes filled with stolen lingerie and pornographic magazines, well-maintained notebooks that meticulously indexed and labeled the magazines, lingerie catalogs, and scraps of paper with tag numbers and physical descriptions of women, their home addresses and directions, various newspaper clippings covering rape and murder cases, along with stolen insurance cards and driver licenses of numerous women.

One of the notebooks contained Nikia’s home address with the words “fine looking” scribbled across. The investigators also found the quilted bedspread stuffed in James’ truck along with the swimming suit bottom and other missing garments. They also came across six newspaper articles concerning Nikia’s disappearance hidden under a wood pile. It was also reported that Nikia had met James in 1989 when the latter was working on the 40 acres of farmland of the Gilbreath family along with other well-workers. She reportedly even told her family that James might drop in to check the well sometime later.

On January 18, 1990, James confessed to the police that he knew Nikia and had interacted with her. He allegedly said, “I don’t know if I (have) done anything to the girl or not. I could have done it. I (have) been a liar all my life. I need some help. If I (have) done it, I didn’t mean for it to happen and I am sorry.” James had already faced arrest a minimum of 5 times before for assaulting, stalking, and trying to lure other women into private places.

Where is Jamie Ray Ward Today?

A Walker County jury convicted James of kidnapping with bodily injury and murder as well as feticide and sentenced him to death in July 1991. The Georgia Supreme Court affirmed the convictions and the sentence in June 1992, and his motion for reconsideration was denied in July 1992. His multiple applications and habeas corpus motions were continually denied, and James lived on death row for nearly two decades. However, in January 2010, three judges with the 11th Circuit Court of Appeals reversed his death sentence on the grounds of miscommunication between the bailiff and the jury.

The Court, though, upheld the convictions on charges of murder, kidnapping, and feticide. With uncertainty being cast on her 5-month pregnant daughter’s murderer facing the death penalty ever, Linda was visibly distressed and said, “If that does not call for the death penalty, no case I’ve ever heard of does. He needs to stay on death row.” In November 2011, James Ward was sentenced to life without the chance of parole. As per official records, he is presently incarcerated at Macon State Prison in Macon County, Georgia.