Nikki Whitehead Murder: How Did She Die? Who Killed Her? 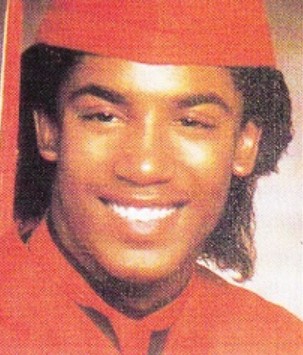 Loving mother of two, Nikki Whitehead had a seemingly perfect life and looked forward to helping her daughters become wonderful human beings. However, a sudden and shocking tragedy came out of nowhere and snatched away Nikki’s life. ‘Dateline: Bad Blood’ chronicles the gruesome murder and shows how the ensuing investigation discovered that the people responsible were much close to home than expected. If you are intrigued by this crime and want to know more, we have you covered!

How Did Nikki Whitehead Die?

Nikki Whitehead was a mother of two who had her daughters, Jasmiyah Kaneesha Whitehead and Tasmiyah Janeesha Whitehead, under her custody at the time of her murder. Interestingly, Nikki was just nineteen when she had her daughters, and they were brought up by their great-grandmother, Della Frazier. However, the show mentioned that Nikki met and got quite close to Robert Head, following which she moved with Robert and the girls to a residence in Conyers, Georgia. In Conyers, Nikki had a seemingly wonderful life, and people who knew her described her as a generous and kindhearted individual. Moreover, apart from being a loving mother, Nikki was extremely helpful and loved making new friends. In fact, she became quite popular in her Conyers community within no time, which made her sudden demise even more jarring.

Although January 13, 2010, started off as a usual day in Nikki’s household, the police received a shocking emergency phone call about a possible death in the afternoon. Once law enforcement officials rushed to the crime scene, they were met by Jasmiyah and Tasmiyah, who claimed that they found their mother in an unresponsive state in the bathroom. An initial medical inspection indicated that Nikki was beaten mercilessly, while an autopsy later determined that the victim was stabbed multiple times, which ultimately led to her death. However, nothing suggested a possible robbery, and the police also found no sign of a forced entry, indicating that the homicide was an inside job.

The initial investigation into Nikki Whitehead’s murder was relatively challenging as the police had no leads or witnesses to work with. Once Nikki’s body was taken away, law enforcement officials carried out a thorough search of the crime scene and discovered several blood splatters all over the walls of the room. Even the carpets were completely bloodstained, and the police soon discovered that Nikki was hit with a vase before being stabbed by a kitchen knife. However, there wasn’t enough to point to a suspect, and investigators soon found themselves on square one. On the other hand, detectives also sat down for several interviews with the victim’s acquaintances, but people had no idea why anyone would want to hurt Nikki.

Nevertheless, through the investigation, the police learned that both of Nikki’s girls, Jasmiyah and Tasmiyah, were brought up by their great-grandmother, Della Frazier. Moreover, the show mentioned that the girls greatly detested their mother, and the situation escalated to the level where the police were called to the residence multiple times by Nikki, who claimed that she was attacked. Moreover, according to the Dateline episode, the girls were even produced in Juvenile court, and even though the judge put them back in Della Frazier’s custody for a short while, Nikki soon got their custody back in January 2010, on a trial period basis.

In the months following Nikki’s murder, the police focused on the evidence at hand and soon figured out that Jasmiyah and Tasmiyah were lying about the events of that day. While the girls mentioned that they were late to school by ten minutes, authorities found CCTV footage that showed them entering their school hours after the stipulated time. On the other hand, the police also noticed that the killer had used bleach to try and wash away the blood from the crime scene, while Nikki’s washing machine contained Jasmiyah and Tasmiyah’s blood-soaked clothes. However, the most significant breakthrough arrived when detectives discovered that a strand of hair recovered from the victim’s mouth belonged to one of the sisters, while Tasmiyah had a bite mark on her hand, which perfectly matched Nikki’s dental pattern. Thus, putting two and two together, the police were convinced of the sisters’ involvement and arrested them for murder.

When charged for the first time, Jasmiyah and Tasmiyah insisted on their innocence and pled not guilty. However, when produced in court four years later, both sisters pled guilty to voluntary manslaughter, possession of a knife during a crime, and making false statements, which saw them get sentenced to thirty years in prison in 2014. Thus, at present, Jasmiyah is incarcerated at the Pulaski State Prison in Hawkinsville, Georgia, while Tasmiyah is spending her days behind bars at the Arrendale State Prison in Raoul, Georgia. Besides, both sisters have a maximum possible release date of 2040.