Are Nikko and Amber From Say I Do Still Together? 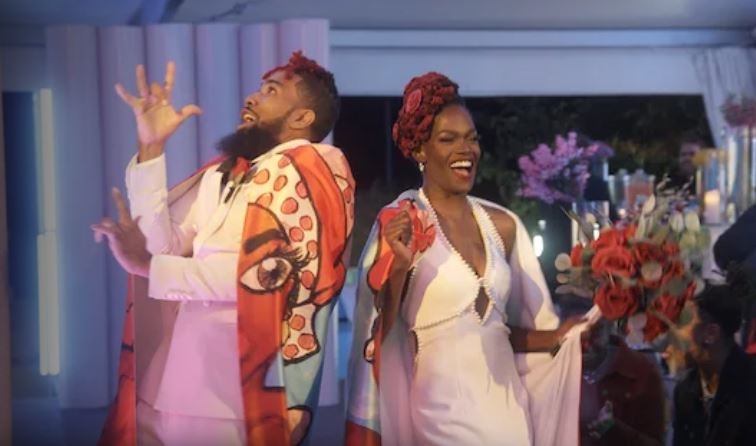 ‘Say I Do’ on Netflix is a series that could potentially leave the craze of the dramatic and over-the-top dating reality shows behind. By focusing on the couples and their struggles itself, the series does a brilliant job in highlighting romance and showing us how good things can come off of severe circumstances. With the help of three amazing experts, it follows the story of a couple as one half of it surprises the other with their absolute dream wedding. And one such couple was Nikko and Amber.

Nikko and Amber: Say I Do Journey

The pair met when they were in school together and one of the very first things that Nikko said to Amber was, “I know this sounds crazy but we’re gonna be together and get married one day.” It seemed like a joke at that point and something was never attainable, especially because Amber was in a relationship with someone else. Nevertheless, they became friends and remained that way even after Amber was single again, just because they didn’t want to start something until they graduated. Nikko flirted via text, though, by sending her video links every morning, but that’s as far as they went at that point.

As time went on and they became closer and closer, they realized that they had a genuine connection which they never wanted to let go of, so they got together. Amber had previously had an operation where one of her ovaries had been removed, so it came as a massive surprise for the couple when they found out that she was pregnant just within 3 weeks of them being together. They were happy, though. They thought that they were meant to be and that this was just another sign. However, that all changed during the 12-week appointment when the doctor couldn’t find a heartbeat.

What followed all that was a roller-coaster of ups and downs. Amber was sad and depressed, so when Nikko proposed, she, of course, said yes. But it was because of the pressure and they both knew that. After that, they got custody of Nikko’s two sons from a previous relationship, Amir and Nasir, because their mother was going through a tough time, and overnight, Amber stepped up to be a stepmother. Miraculously, just a short while after that, she became pregnant again and gave birth to a son, Yahnis.

Nikko knew that their family and financial situation wasn’t the best, but he still wanted to give everything to his “queen.” Therefore, he got the help of the experts, and together, they planned her dream wedding. The experts themselves, went above and beyond to give this couple their regal wedding, and in just a little while, Nikko and Amber were looking mighty and tying the knot in front of all their friends and family. The highlight of their wedding has to be Amber including her three sons in the vows and the couple saying, “This ring has no end. My love is forever.”

Are Nikko and Amber Still Together?

The King and Queen are, in fact, still together. Not just together, but together are thriving. Nikko is focusing on his career in the creative path and is currently the CEO of a label by the name of BLAQ ATOM. Amber, on the other hand, has a hairstyle company by the name of Locs & Braids. Just recently, the couple even welcomed their second miracle baby, Lyric Gianna Rose Griffin, into the world. She was born nine weeks premature but she is happy and healthy.

Amber even took to her Instagram to gush about her experience on ‘Say I Do’ and give a massive shoutout to the experts -Jeremiah Brent, Thai Nguyen, and Gabriele Bertaccini – who made her dream wedding a reality. She said: “You all gave us an experience we will never, ever forget. Never in a million years could we have created what you 3 created for us! We genuinely love each of you so much…Thank you so much for EVERYTHING you’ve blessed us with.”

Read More: Are Marcus and Tiffany Still Together?