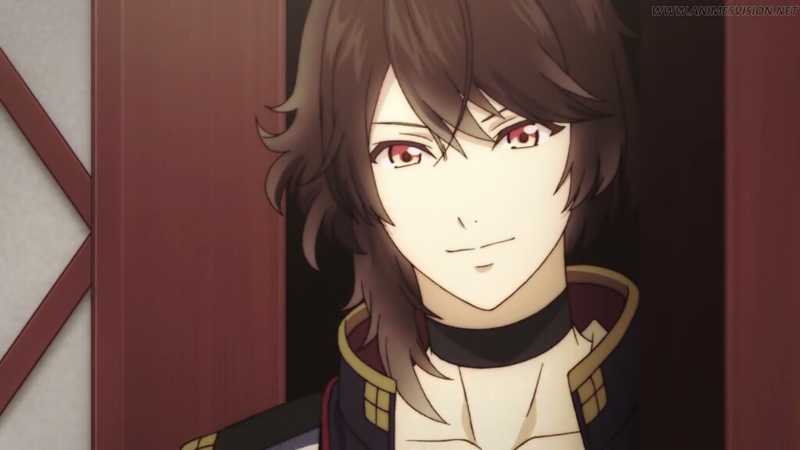 Nil Admirari no Tenbin is a historical fantasy romance anime television series which is based on a visual novel of the same name. Developed by Otomate for Playstation Vita, the visual novel video game was released on April 21, 2016, and it was followed by the release of a sequel a year later in 2017. In January 2018, a manga adaptation of the game series, written and illustrated by Shou Yuzuki, began serialization in the Monthly G Fantasy magazine and new chapters are being published even to this day.

Subsequently, famed Japanese anime studio Zero-G announced plans to adapt the original game into an anime television series and Season 1 of Nil Admirari no Tenbin made its way to viewers’ screens on April 8, 2018. In spite of not being a very highly rated show, the adaptation was deemed to be a success by fans of the franchise and new viewers alike and since then, fans have been waiting to hear news on a second season. Here’s everything we know about the prospects of Season 2 thus far.

Nil Admirari no Tenbin Season 2 Release Date: When will it premiere?

Nil Admirari no Tenbin season 1 consisting of 12 episodes, premiered on April 8, 2018 and ran till June 24 of the same year. However, in spite of the show’s popularity, it has not been renewed for a second season yet.

That being said, there’s no reason to worry just yet if you’re looking forward to a second season of Nil Admirari no Tenbin since there’s plenty of time left for Zero-G to announce a second season. Further, there are other factors which are in favour of a second season being made.

Firstly, Season 1 adapted the original game into an anime show and it could well be that Season 2 will adapt the game’s sequel. Secondly, there is also a popular manga adaptation of the game series which the show’s creators can draw on for source material. Given these facts, we think that there’s a good chance of Nil Admirari no Tenbin being renewed for a second season. However, the anime industry is an unpredictable one and we can’t say for certain what fate awaits the show till Zero-G makes an official announcement on the show’s future. We’re keeping our ears open for news on Nil Admirari no Tenbin season 2 release date and we’ll update this section as soon as we hear something reliable.

For those who like watching anime shows in English, the bad news is that Nil Admirari no Tenbin has no English dub yet. However, that doesn’t rule out the possibility of an English dub being licensed in the near future, especially if the show takes off in the West and other English-speaking regions. Meanwhile, if you want to watch the show, you have to watch the original Japanese version which has been praised far and wide for its voice acting. You can find the original Japanese version with English subtitles on Crunchyroll.

The show is set in the fictional 25th year of the Taishō Era in Imperial Tokyo and follows a young girl named Tsugumi Kuze. In a bid to save the name of her waning family, Tsugumi decides to marry an influential man she has never known. However, just before the marriage takes place, Tsugumi’s family is struck by tragedy when her brother commits suicide by self-immolating. When his remains are discovered, his corpse is found clutching on to an old book.

Once the news of the suicide spreads, the Imperial Library Assets Management Bureau steps in to investigate the suicide. What draws the bureau in is the book which Tsugumi’s brother was found with. Known as Maremono (literally meaning “rare thing”) these rare books are said to have an extremely strong influence on those who read them and are considered to be dangerous artifacts. As the bureau starts investigating the suicide, something strange happens to Tsugumi and she gains the ability to see “Auras”, which are manifestations of the sentiments of the Maremono, usually invisible to the human eye. After Tsugumi gains these powers, she feels that destiny is calling and reluctantly agrees to work for the Imperial Library Assets Management Bureau. However, this life turns out to be a dark one filled with betrayals and the show follows Tsugumi’s adventures as an agent of the bureau.

Although Nil Admirari no Tenbin has a long list of characters, there are only a few main characters in the show. Below, we’ve provided you with brief backgrounds on each of the important characters.

Tsugumi Kuze: The main protagonist of the show, Tsugumi is the daughter of the noble Kuze family, which has started to decline in influence and wealth of late. In spite of the declining influence of the Kuze family, Tsugumi is shown to be a cheerful and warm person who has no dearth of intelligence. She is also shown to be an extremely caring person and was a mother-like figure for her younger brother. Understandably, Tsugumi’s life takes a drastic turn after her brother’s suicide, and Tsugumi can’t help but blame herself for the tragedy. As a result, she decides to work for the Imperial Library Assets Management Bureau to try and redeem herself.

Hayato Ozaki: A member of the Search Team of the Imperial Library Assets Management Bureau, Hayato is the person with whom Tsugumi gets engaged. A born leader, Hayato has a very strong sense of justice. However, he speaks his mind without consideration for how he might make others feel and this bluntness of his is often mistaken for deliberate rudeness.

Akira Kougami: Another member of the Imperial Library Assets Management Bureau, Akira is a veteran at his job and takes his job very seriously. He is an extremely career-minded person and is a stoic who does not forge relationships with anyone outside of his work.

Hisui Hoshikawa: Also a member of the Imperial Library Assets Management Bureau, Hisui is a polite and well-mannered person. He joined the bureau after special powers awakened within him and he often takes up the responsibility of scolding the blunt Hayato when he starts acting rude.