When Does Psycho-Pass Season 3 Start? 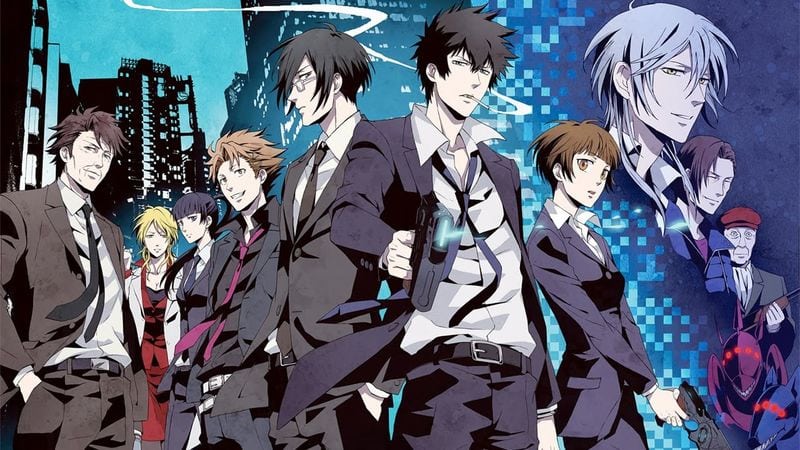 Psycho-Pass (also known as Saiko Pasu in Japanese) is a cyberpunk anime television series. Inspired by multiple dystopian books and movies, with the most notable inspiration being the 1982 film Blade Runner, Psycho-Pass is written by Gen Urobuchi and co-directed by Naoyoshi Shiotani and Katsuyuki Motohiro.

Season 1 of the show premiered on October 12, 2012, and was an immense success. Subsequently, the show was renewed for a second season, and Season 2 premiered a couple of years later on October 10, 2014. A year later, on January 9, 2015, an anime movie based on the show was also released, and it went on to solidify the brilliant reputation Psycho-Pass had built for itself. With fans all demanding a new season, a third season was confirmed, and is slated to air in 2019. Here’s everything you need to know about Season 3 of Psycho-Pass.

Psycho Pass Season 3 Release Date: When will it premiere?

While this steady stream of new content was successful in keeping fans hooked to the franchise, fans were overjoyed when Psycho Pass season 3 was announced in March 2019. As far as the exact release date of is concerned, Psycho Pass season 3 will premiere on October 25, 2019 and is expected to continue for 8 episodes.

The English dub of ‘Psycho Pass’ Season 1 is available on Funimation and you can find the subbed version of its third season on Amazon Prime.

Psycho-Pass is set in a dystopian future where Japan is governed by an authoritarian government. Using something called the Sibyl System – a powerful network of psychometric sensors which can read people’s minds and decipher their personalities – the government keeps order with an iron fist. While those who are deemed to pose no threat to the government or society are allowed to live normal lives, the government ruthlessly pursues, captures, and even kills those who are deemed to be a threat by the Sibyl System. These operations are usually carried out by officers known as Enforcers, who themselves are deviant and are often deemed to be “latent criminals”. In many cases, Enforcers are also killed by their overseers if they are deemed to be harmful to society.

In this backdrop, the show follows a young police inspector called Akane Tsunemori, who is tasked with overseeing a veteran Enforcer called Shinya Kogami. Towards the beginning of the show, Akane is tempted to kill Shinya because she judges him as a threat. However, Akane’s more empathetic side gets the better of her, and she lets Shinya live. As the show progresses, Akane soon learns that the Sibyl System is far from perfect. This revelation, in turn, shatters Akane’s perceptions about justice, and she is forced to confront the reality of an extremely powerful yet corrupt system.

Later in the show, Akane is also joined by a junior inspector by the name of Mika Shimotsuki. With Mika having an unwavering belief in the Sibyl System, Akane again has to contend with the reality she is living in. Meanwhile a mysterious adversary with the ability to manipulate the Sibyl System surfaces, forcing Akane and other inspectors into a deadly game of cat and mouse.

Psycho-Pass has featured dozens of characters over the years, and understandably, has a pretty long list of main characters. Below, we’ve given you brief backgrounds on each of the main characters in the show.

Akane Tsunemori: The main protagonist of the show, Akane is a young woman who picks a career in law enforcement owing to her strong desire to create a just society. A model citizen, Akane aces the tests and lands up as an inspector in charge of Enforcers. However, her entire belief in the Sibyl System is compromised when she learns that the system is far from perfect. Despite a strong urge to reveal the truth about the system, Akane cannot do so owing to complicated circumstances.

Shinya Kougami: An Enforcer, Shinya works under Akane and is a veteran. Despite having the mentality of a hardened criminal, Shinya is kept on the force by the government owing to his abilities as a detective. Later, it is revealed that Shinya used to be an inspector like Akane, but fell from grace when an Enforcer under him became a victim of the system he was sworn to protect.

Shougo Makishima: The main antagonist of the show, Shougo Makishima is a manipulative anarchist who seems to be in love with violence, savagery, and pretty much everything that is wrong with humanity. Despite being a vicious human being, Shougo is shown to have unparalleled charisma and can spin convincing narratives. Despite being a criminal mastermind who has orchestrated dozens of crimes, Shougo remains immune to the Sibyl System’s assessments of criminality, and is considered to be “criminally asymptomatic”.

Sakuya Tougane: Another member of Akane’s team. Sakuya is also among the main characters in the show. A man with an extremely shady past, very little is known about Sakuya. However, later it is revealed that Sakuya has the highest criminal rating ever recorded on the Sibyl System, although this does not exist on official records. Despite his shady past and high criminal coefficient, Sakuya mostly seems to agree with Akane on principles.