Who is Nimue in Cursed? 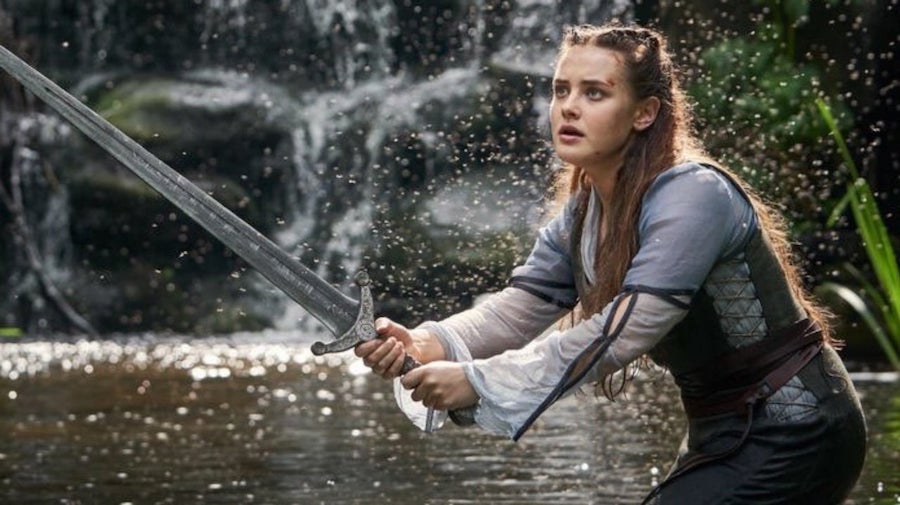 The legend of King Arthur and the Knights of the Roundtable has been repeated time and again. And yet, it harbors some characters that haven’t received as much limelight as they deserve. Netflix’s ‘Cursed’ uses this flaw to its purpose and reinvents the story from the fresh perspective of an important but obscure character. It tells the story of a girl named Nimue who learns to harness her exceptional abilities to save herself and her people. Throughout the show, more parallels appear between her story and the legends that we are familiar with. If you are wondering where she fits in this equation, here’s the answer. If you haven’t seen ENTIRE the show yet, head over to Netflix. SPOILERS AHEAD

Who is Nimue in Cursed? Is She Lady of the Lake?

The legend of King Arthur is rich with powerful and mysterious characters and has been retold a number of times ever since its inception. It has been reframed, be it with regards to the story itself or the perspective of the primary character, in books, songs, plays, movies, and TV shows. ‘Cursed’ follows the same framework from the point of view of Nimue and shuffles the deck so much that it becomes tricky to pinpoint all the old characters from the tale and understand their new relationships with each other.

In the original story, Nimue is best known as the Lady of the Lake. The supernatural figure has always been an elusive character, and several variations about her origins and her role in the story of King Arthur have appeared over different adaptations. She is best known for giving Arthur the famous Excalibur, for working her magic on Merlin, and serving as a foster mother to Lancelot.

Her origins remain shrouded in mystery, with some tracing it to Celtic gods and lake ferries of the Welsh folklore. It is known that she lives in a lake surrounding the island of Avalon. She learns magical powers from Merlin, and a romantic relationship is forged between them. In some versions, after learning all of Merlin’s tricks, she traps him within a tree or inside a cave, depending on the version of the story. A variation explains her act in the light of self-preservation where she tries to thwart the advances of the sorcerer.

She is also known for bringing Lancelot under her wing after his father’s death. She teaches him the magic that later turns him into a powerful figure. She also brings Excalibur to Arthur from the water, and in return demands revenge on Sir Balin, whom she holds responsible for the death of her brother. However, things don’t turn out in her favor and Balin kills her in the court, as he too holds her responsible for the death of his family member.

While these three acts serve as the cornerstones of Nimue’s story in most of the versions, ‘Cursed’ brushes them off in its retelling. It twists and turns the relationships around so much that the Nimue of ‘Cursed’ looks nothing like the tragic Lady of the Lake. In the original story, she is supposed to be Merlin’s paramour, but in the show, she is revealed to be his daughter. The one common thread is that in both the versions, Merlin is the source of her power.

Another twist the show introduces is her relationship with Arthur and Lancelot. In the original story, she is far from being a love interest of Arthur, who is wedded to Guinevere. In the show, they get romantically entangled. In the original story, she is a maternal figure to Lancelot, but the show completely reimagines the latter’s story, with Nimue now younger than the knight. It also pits both of them against each other and they turn out to be one another’s worst enemies. Considering this pattern, it wouldn’t be surprising if the show adds more tension and surprises in their arc.