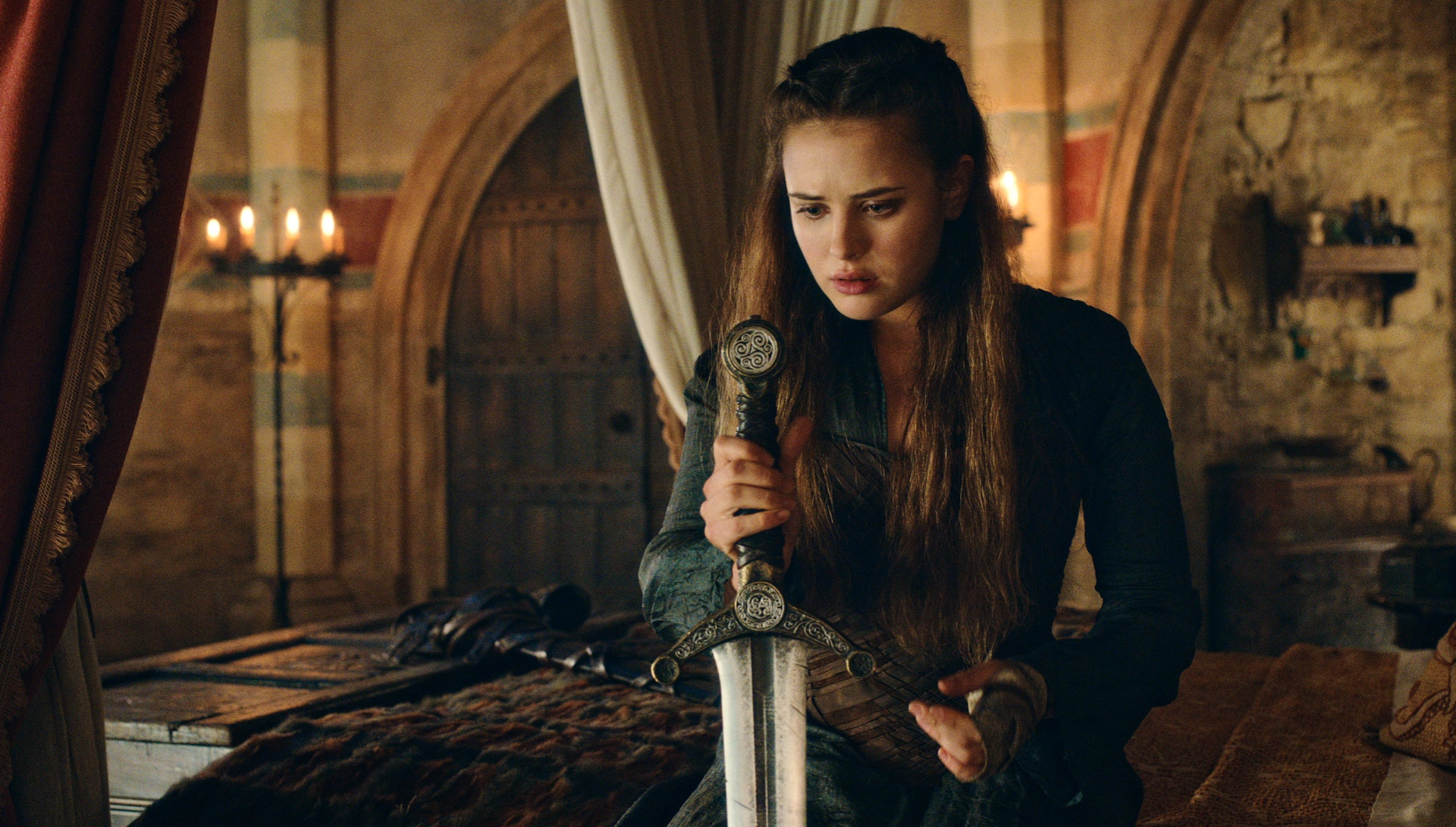 Netflix’s ‘Cursed’ tells the compelling tale of a young girl who is forced to leave her home and embarks on a journey across the kingdom to deliver a powerful sword to a mysterious sorcerer. The show uses real-life locations as pointers and creates its own fantasy world in the process. The knowledge of locations becomes extremely important to understand where the wars are being fought and what battles are won or lost. Without a key, it becomes impossible to understand the workings of a kingdom and pin down its politics.

Considering this, a map becomes an extremely important thing in a fantasy world. While TV series like ‘Game of Thrones’, ‘The Witcher’, and even, ‘The Letter for the King’ provide us with detailed maps of their respective worlds, ‘Cursed’ keeps its geography obscure from us. The book doesn’t provide any proper maps, and the TV series never highlights the names of the empires or the kingdoms. We get a sense of territory from the conversations where characters devise plans for attack or survival. Here’s what it looks like.

From the legends, we know that King Uther Pendragon’s kingdom was what is now the United Kingdom. The series, too, references some real-life locations in the country to convince us of the same. The mention of Britannia as the kingdom of Uther is casually dropped in the middle of the show to allow the audience an awareness of their whereabouts. However, it also adds new mystical locations to add its own touch to the mythical tale of Nimue.

In one of her conversations with Pym, we come to know about the extent of the world according to them. They talk about the Northlands and the Southern Desert. Extrapolating on this, we deduce that the Northlands are what is now Scotland, in addition to Ireland, Norway, and Sweden. The Southern Desert that the girls talk about could be North Africa and the Middle East, the latter’s claim substantiated by the mention of the Byzantine Empire, placing Constantinople on the map of ‘Cursed’.

The story of ‘Cursed’ begins with Nimue’s little Fey village, called Dewdenn. We know that it lies somewhere in the southern territories of Britannia as it is close to a port town called Hawksbridge. Initially, Nimue had planned to board a ship from there to cross the sea and sail to the, yet unnamed, desert kingdoms.

On the periphery of Dewdenn lies a thick forest named the Iron Wood. This is where the Fey’s flee after the Red Paladins attack and butcher them. Moving towards west, we come across the Yvoire Abbey, which is where the Red Paladins set camp, and this is also where Nimue seeks shelter for a day before she has to make a run for the next place, named Gramaire. It takes the audience further west and is presented as a town under the rule of Arthur’s uncle. This is where Nimue and the Fey people seek refuge after their sanctuary is discovered by the Weeping Monk. Moving further south from here, we arrive at the Beggar’s Coast, which is where the final showdown takes place between the armies of Cumber the Ice King, the Red Spear, and the fleeing Fey. They hope to run away to Byzantine, which lies down South, further convincing us of the northern location of ‘Cursed’.

At some distance from Gramaire (moving north this time), lies Moycriag, another small-town location but all the more vital to the Fey. Further north from here lies the sanctuary in Minotaur, named Nemos. The Fey live her peacefully, protected from the attacks of the Red Paladin until the Monk seeks them out. At a distance from it, lies the Culzean Castle, where Nimue and Merlin meet for the first time. In reality, Culzean is a place in Scotland, which again proves that the Fey had been hiding in the north all the while and had to flee to the southern port towns to secure ships for themselves.

Some more locations mentioned in the series refer to places like Sheep Herd, Burned Pass, Cinder, and Rue Gorge. Considering the present geography of the show, all these places lie somewhere in-between places like Hawksbridge and Gramaire. There is also a mention of Harrow’s Pond, the home of the Snake Clan, which lies somewhere in the southeastern territory of the kingdom.