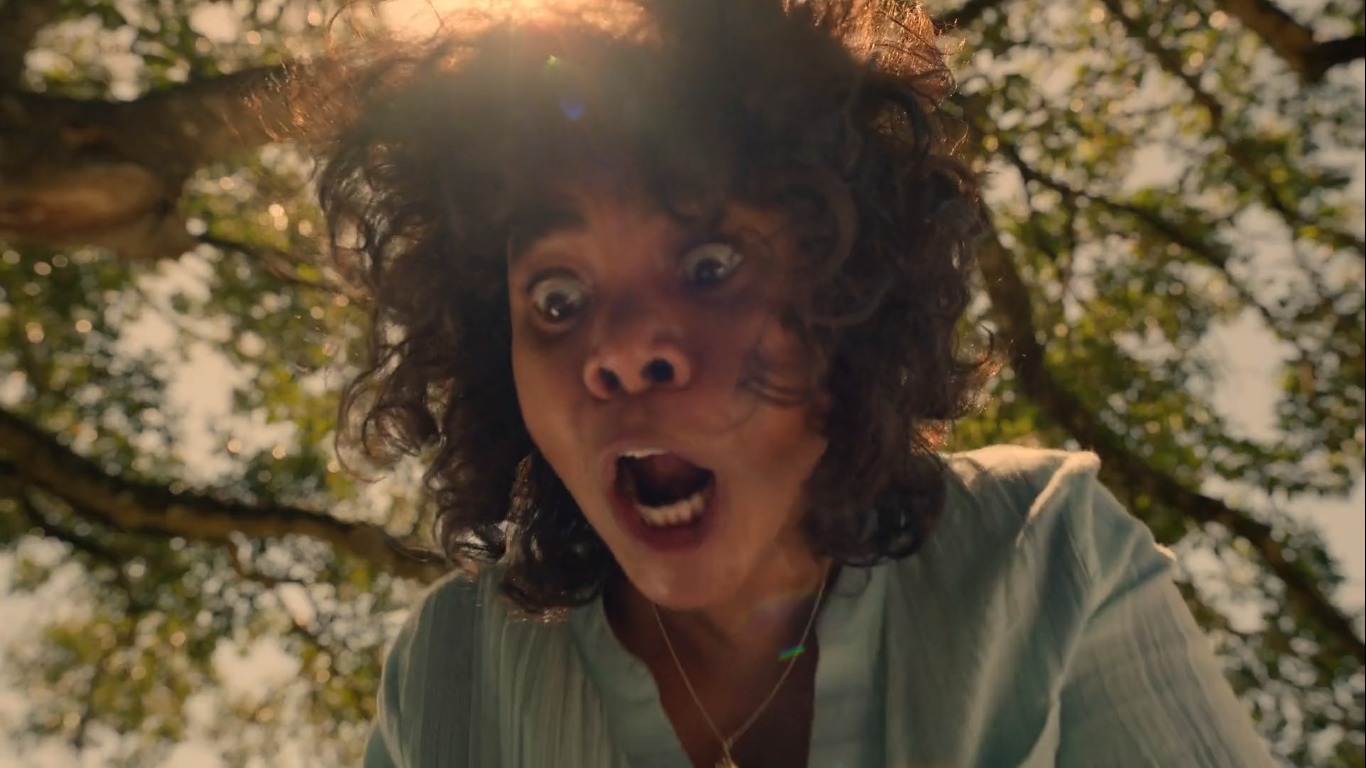 ‘Nine Perfect Strangers’ follows the increasingly surreal journeys of nine individuals that attend a ten-day retreat at an ultra-exclusive wellness resort. Initially thought to be a luxurious getaway, the guests soon find themselves going on psychedelic journeys and confronting their darkest fears under the guidance of the program’s mysterious leader Masha.

Episode 7, titled ‘Wheels on the Bus,’ finds the staff and guests of Tranquillum House coming increasingly undone as the effects of increased doses begin to alter their sense of reality, and people start panicking. Masha struggles to keep things under control as she recklessly forges ahead with the treatment, and there is a definite sense of something sinister beginning to creep in. The cliffhanger at the end is also one of the show’s best so far and has probably left you with a few questions, so without further ado, let’s delve into the ending of ‘Nine Perfect Strangers’ episode 7. SPOILERS AHEAD.

The episode opens with Carmel violently attacking Masha, who she mistakes for Lillian — the woman that ran away with her husband. As she repeatedly strikes Masha’s face, drawing blood, Carmel refers to her as Lillian until Yao subdues her. The other guests see Carmel being taken to the infirmary and begin to panic, wondering whether Masha has dosed them too strongly. Frances claims to see herself headless, and even Tony begins to feel strange. Ben and Jessica seem to be the only ones relaxed and decide to renew their wedding vow amidst all the chaos. 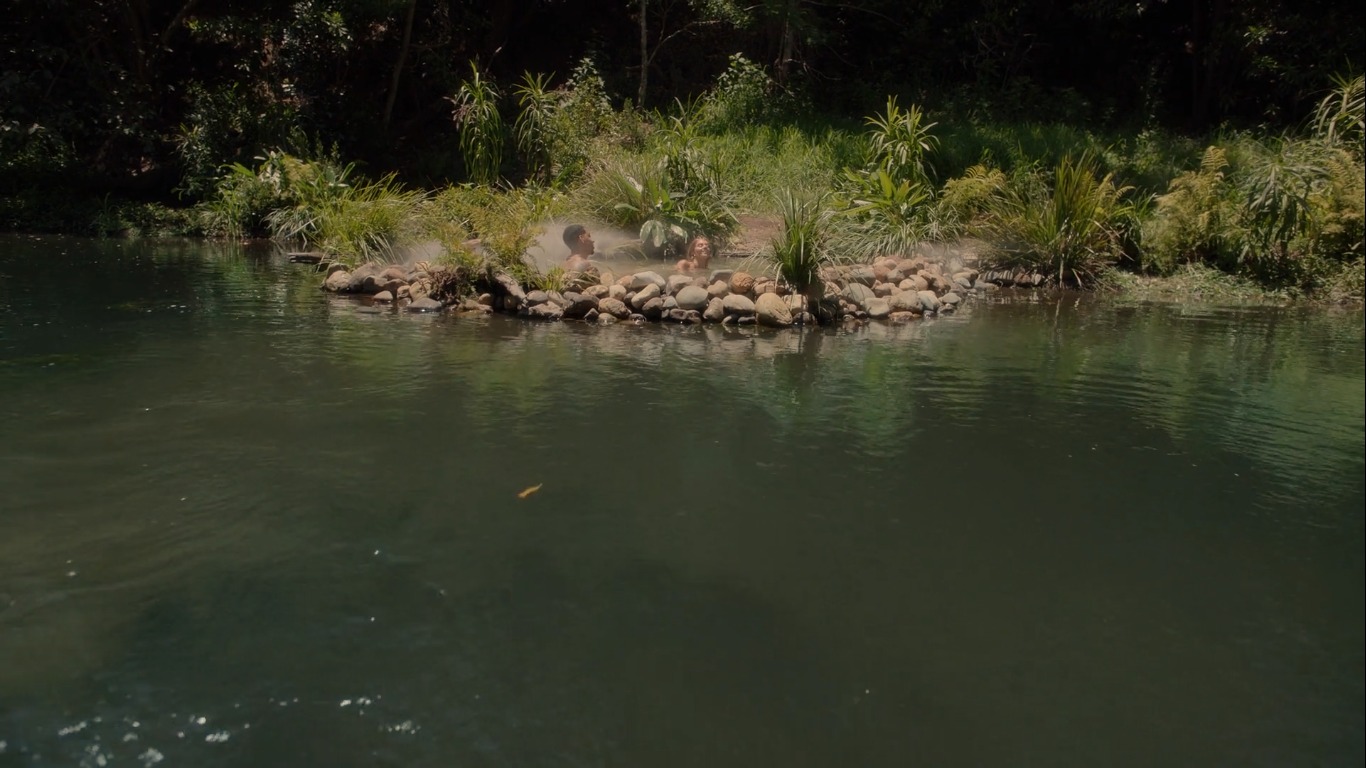 The Marconis struggle to decide whether to take the powerful blend of hallucinogens that Masha claims will help them speak to their dead son Zach. Zoe is the most apprehensive, but the trio is finally convinced when Masha says she will consume the substances and go on the “journey” with them. Delilah and Lars both feel that what Masha is doing is dangerous, and the former finally decides to go to the police and breaks out of the premises.

After consuming the blend of hallucinogens with the Marconis, Masha heads to Carmel’s room to pacify her. She finds her distraught and packing her belongings but tries to convince Carmel to stay and complete the treatment. Carmel keeps repeating that it is not safe for her to be around Masha and finally turns her back toward the Tranquillum House leader while she fidgets with her eye. In the episode’s closing scenes, Carmel turns to face Masha again, revealing that one of her eyes is clouded and blue, at which point Masha has a brief flashback of being shot. 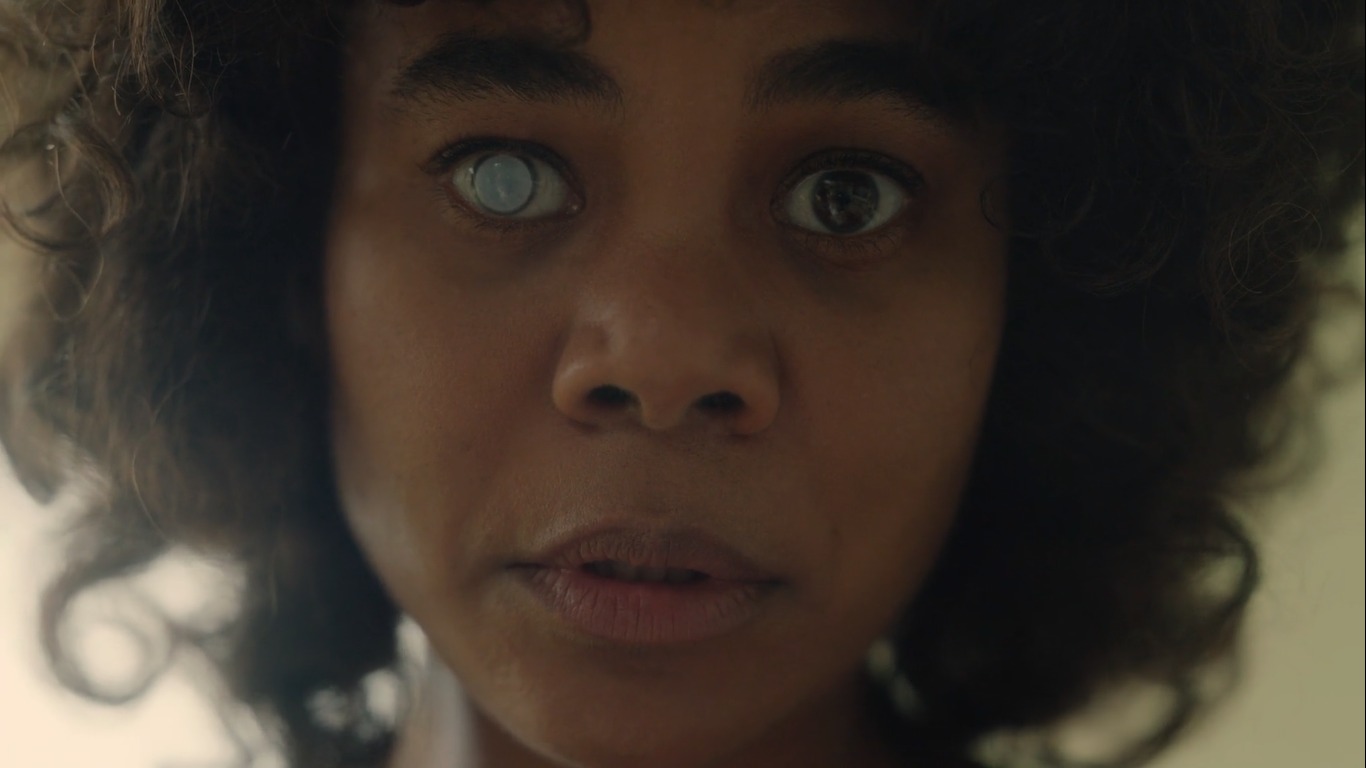 So Carmel reveals herself to be the same person who shot Masha years ago and almost killed her. The person Masha sees in the flashback is the one who attacked her and has a similarly clouded eye. The fact that we also see Carmel pull a phone out of a hiding spot in her room tells us that this unlikely guest of the Tranquillum House has been sending those threatening messages to Masha this whole time.

Carmel is likely driven by an urge for revenge since Masha slept with her husband many years ago and seemingly set him on a path that led to him abandoning Carmel. Despite saying that she forgives Masha, it looks like Carmel has been plotting her revenge for many years and has even attempted to kill Masha in the past. She also seems to be in control of her faculties and was likely bluffing when she assaulted Masha and claimed to have hallucinated that she was Lillian.

Are the Marconis in Trouble? Who is Aaron Connelly?

The last we see of the Marconi family, they have just ingested a potent blend of hallucinogens that include psilocybin, LSD, and DMT. Despite Masha claiming that the blend is safe, she also describes the violently surreal experiences they will experience after ingesting it. What is perhaps most worrying is that a man named Aaron Connelly seemingly died a year ago at the Tranquillum House after ingesting the same mix. Lars, who has researched extensively into Masha’s past, is perhaps the only guest that knows this and questions her about it. 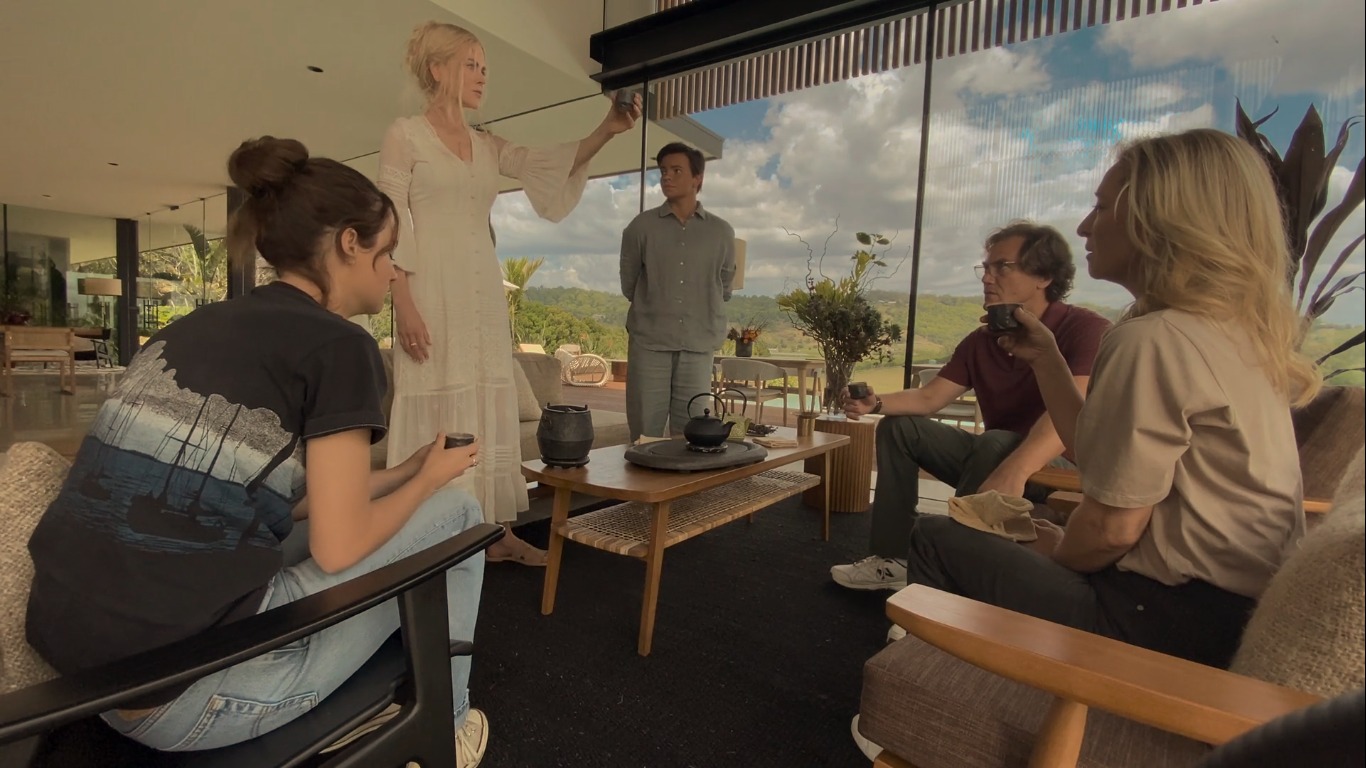 In response, however, Masha blames Aaron’s death on his bad diet and weak heart, saying that the Marconis are perfectly healthy and not in danger. However, Masha’s own increasingly erratic behavior seems to hint otherwise. It seems like the Tranquillum House leader is secretly motivated by somehow wanting to connect with her own dead daughter, who died in a car accident many years ago. She seems to be using the Marconis to test out a potential method to reach out to those that have died. 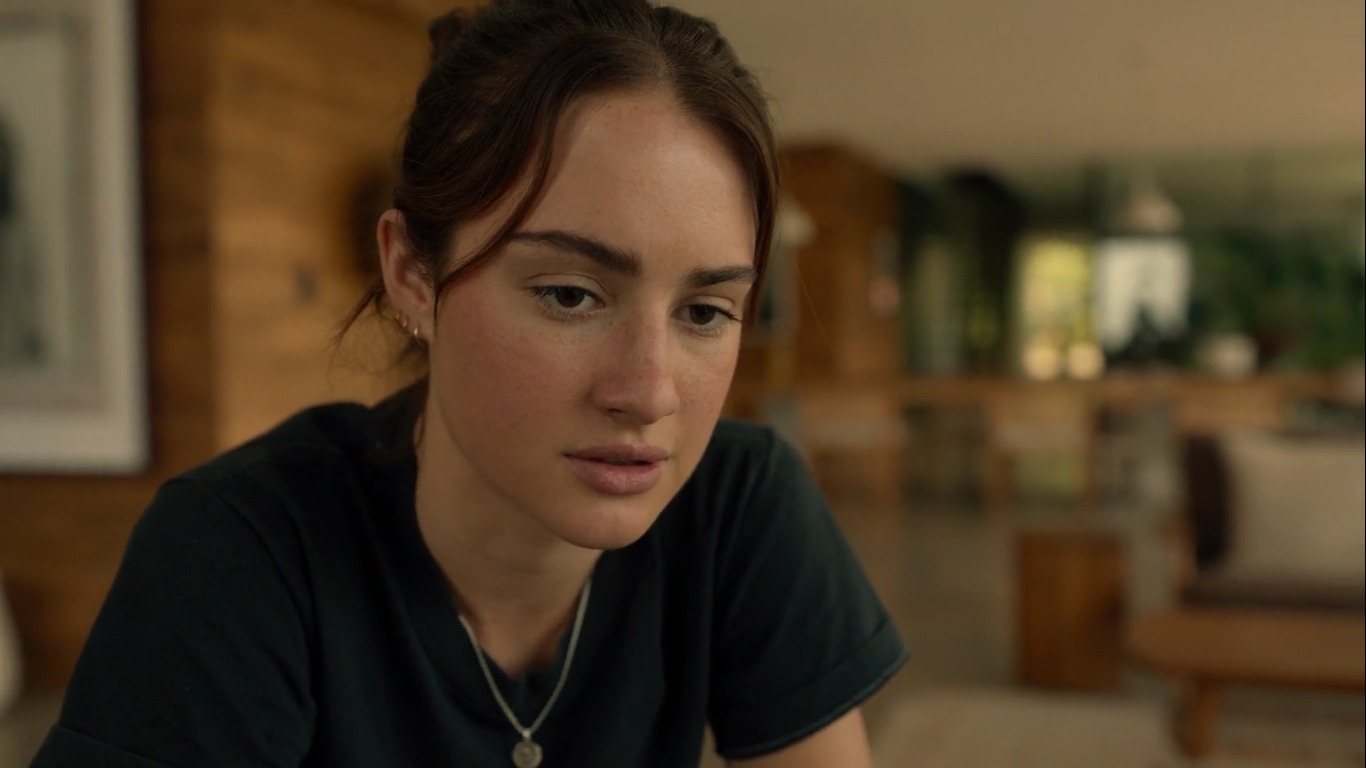 As Masha’s actions get increasingly dangerous and unethical, it truly looks like the Marconis are in for a rough time. Considering both Napoleon and Heather have had particularly strong reactions to hallucinogens in the past — and all three (including Zoe) were apprehensive about consuming the potent blend in the first place — there seems to be a lot that can go wrong. Of course, there is also the slim chance that Masha is right, and the Marconis will get to experience Zach in their hallucinations.