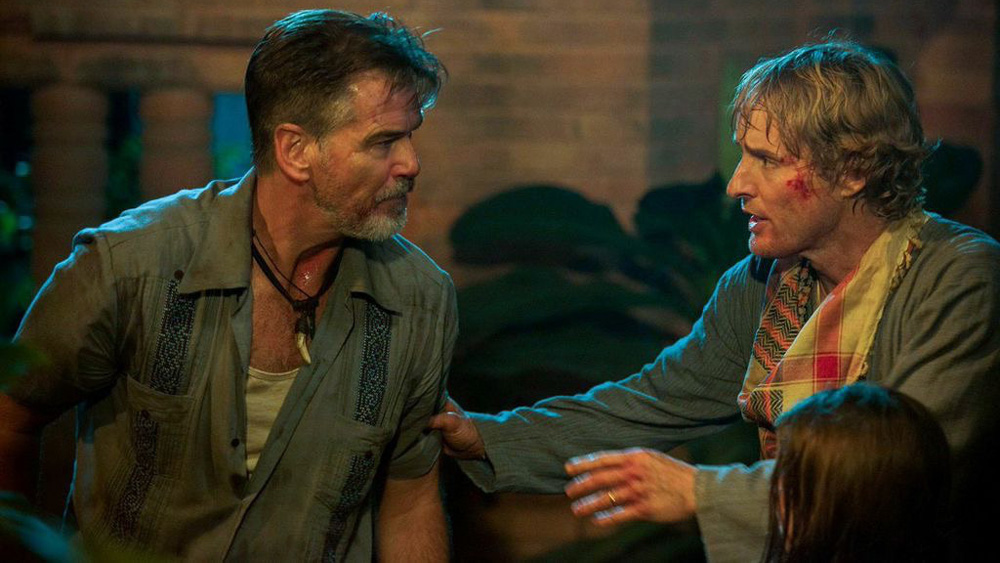 In his first action thriller, indie horror filmmaker John Erick Dowdle (‘The Poughkeepsie Tapes’) manages to maintain an overwhelming sense of dread prevalent in his previous works. Set in an unnamed Southeast Asian country in the middle of a violent coup d’état, the film follows American Jack Dwyer (Owen Wilson) as he desperately tries to keep his family safe. Léo Hinstin’s restless camerawork, combined with Elliot Greenberg’s austere editing, gives the film its exemplary pacing, amplifying the grim atmosphere. Here is everything you need to know about the ending of ‘No Escape.’ SPOILERS AHEAD.

The film opens as the coup begins. The Prime Minister of the country meets the representative of an American company named Cardiff. After they come to an agreement, the Cardiff executive leaves. This is when the rebels attack and execute the Prime Minister. Meanwhile, Jack lands in the country with his wife Annie (Lake Bell) and two daughters, Lucy (Sterling Jerins) and Briegel or “Beeze” (Claire Geare).

At the airport, the family becomes acquainted with Hammond (Pierce Brosnan), a scruffy and rumbunctious Briton who helps the family reach the Imperial Lotus Hotel. It is revealed that Jack is in the country to assume a middle management position at Cardiff. He previously owned a water system business venture. After that company went belly-up, Jack was forced to accept the job at Cardiff, which is a big company operating in the sector as Jack’s company used to. 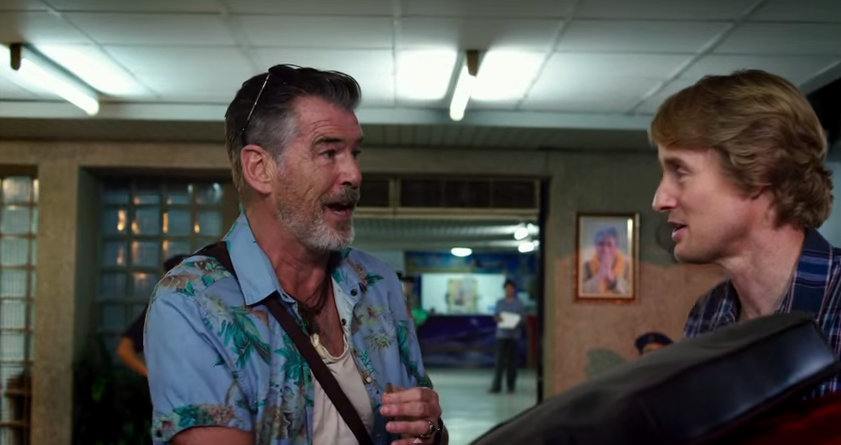 The suddenness of the relocation seems to put some strain on Jack and Annie’s relationship. Neither wanted to end up in the unnamed country, but both knew that this was the best choice under the circumstances. However, that doesn’t make accepting the situation any easier. Imperial Lotus seems to be a high-end hotel, where most of the guests are foreigners like the Dwyer family. But as Jack, Annie, and their two daughters check into their room, they discover that none of the utility services are properly working.

The following morning, when Jack goes out of the hotel to get a newspaper, he witnesses armed rebels clash with riot police. As he tries to get back to the hotel, the city descends into a violent pandemonium. He discovers that while the rebels are killing anyone they find on the streets, they seem to have a special vendetta against the foreigners.

He manages to return to the hotel, and on Hammond’s advice, gets his family to the roof. When the roof is breached, the Dwyers jump to the roof of the next building and continue to evade their murderous pursuers. Jack later learns from Hammond that the rebels are especially targeting him and his family because he is a Cardiff employee. With that in mind, Jack must do everything he can to get his family to safety.

No Escape Ending: Does Jack Succeed in Getting His Family to Safety?

Yes, he does. Hammond tells Jack that their best option is to reach Vietnam, which is on the other side of a nearby river, and seek asylum there. A battle-hardened mercenary, Hammond knows that things will get even tougher from this point onwards, and the family needs enough nutritious food in their bellies to survive the ordeal. So, he feeds them dog meat and exempts the children from experiencing the horror of knowing it.

From the moment the family arrives in the country, they sense that something is amiss, though they don’t figure out what it is at the time. Jack was promised that Cardiff would send a car to pick them up. But they find no car is waiting for them when they get out of the airport. Their initial experience at the hotel increases that uneasiness.

For all its luxurious appearance, the electricity and television aren’t working properly in the hotel. Dowdle continues to build this sense of foreboding until actual violence starts occurring in front of his protagonist. After that, the film’s pacing goes to hyperdrive as Jack and his family flee from one bloody and vicious situation to the other.

Jack is the quintessential ordinary man forced to endure the extraordinary circumstances he finds himself in. Life hasn’t turned out the way he wanted it to, but confronted by the rampaging mob intent on killing him and his family, he finds enough courage within himself for the entire family and drags his wife and daughters along in his pursuit for a secure location. He kills a man when the latter tries to alert the rebels about him and his family. After Hammond’s death, he momentarily loses that courage.

But, by then, the initial shock has worn off for Annie, and she comforts him, reminding him that they have to get to the river. During the final confrontation with the rebels, Jack accepts his fate when the leader of their pursuers holds Lucy at gunpoint and tells her to shoot her father. At that moment, Jack is very much willing to sacrifice himself for his daughter. Fortunately for both of them, Annie comes to the rescue again, killing the man who earlier tried to rape her.

Jack knows that the only salvation for him and his family exists on the other side of the river, where Vietnam lies. So, he and Annie do the only thing they can do at that moment; they continue to paddle despite the Vietnamese military’s warnings, hoping that they will not fire at a foreign family fleeing an unstable country. The gamble pays off. The moment the boat crosses into the Vietnamese territory, the soldiers turn their guns toward the rebels, effectively ensuring the Dwyer family’s safety.

Why Does the Coup Happen? Why Are the Rebels Targeting Jack and His Family?

It is revealed that Hammond and his friend “Kenny” work for the British secret service. They convinced the leaders of the former government of the country to sign the deal with Cardiff. The Southeast country has drawn Western corporations’ attention for the same reason as the Middle East and Latin American countries generally do: a massive cache of natural resources. The rebels launch the coup, accusing the government of selling the country and playing an active role in its people’s enslavement. 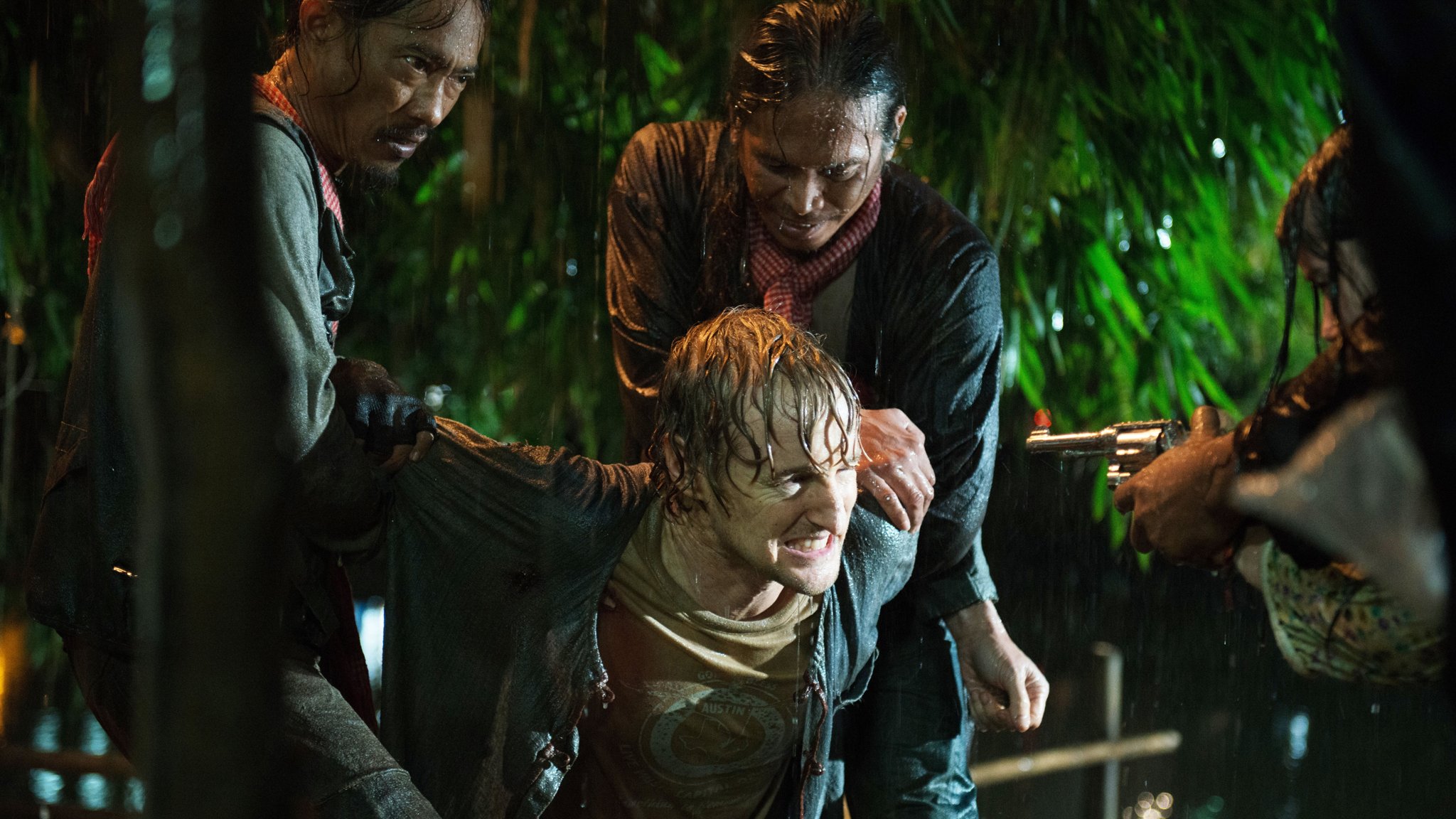 The rebels are after Jack and other Cardiff employees because the rebels hold the company responsible for the depletion of their water supply. Moreover, the rebels know who Jack is and what he looks like from the Cardiff poster they find in the hotel lobby. During the coup, the righteous anger of the natives has devolved into the mindless wrath of a vengeful mob bent on destruction and butchery. Both Jack and Annie kill people to protect their family, showing that they too are capable of taking extreme measures when their loved ones are threatened. As Hammond tells Jack, “Most of those mindless men out there, they’re just trying to protect their children, just like you.”

What is in Store for Jack and His Family?

The ordeal, as terrible as it was, ends up bringing the family together. When they take shelter at the roof of a brothel, Jack and Annie share a candid moment, in which they resolutely tell each other that they have no regrets about their relationship. After surviving such traumatic few hours together, all the disappointment and frustration they had for one another go away. 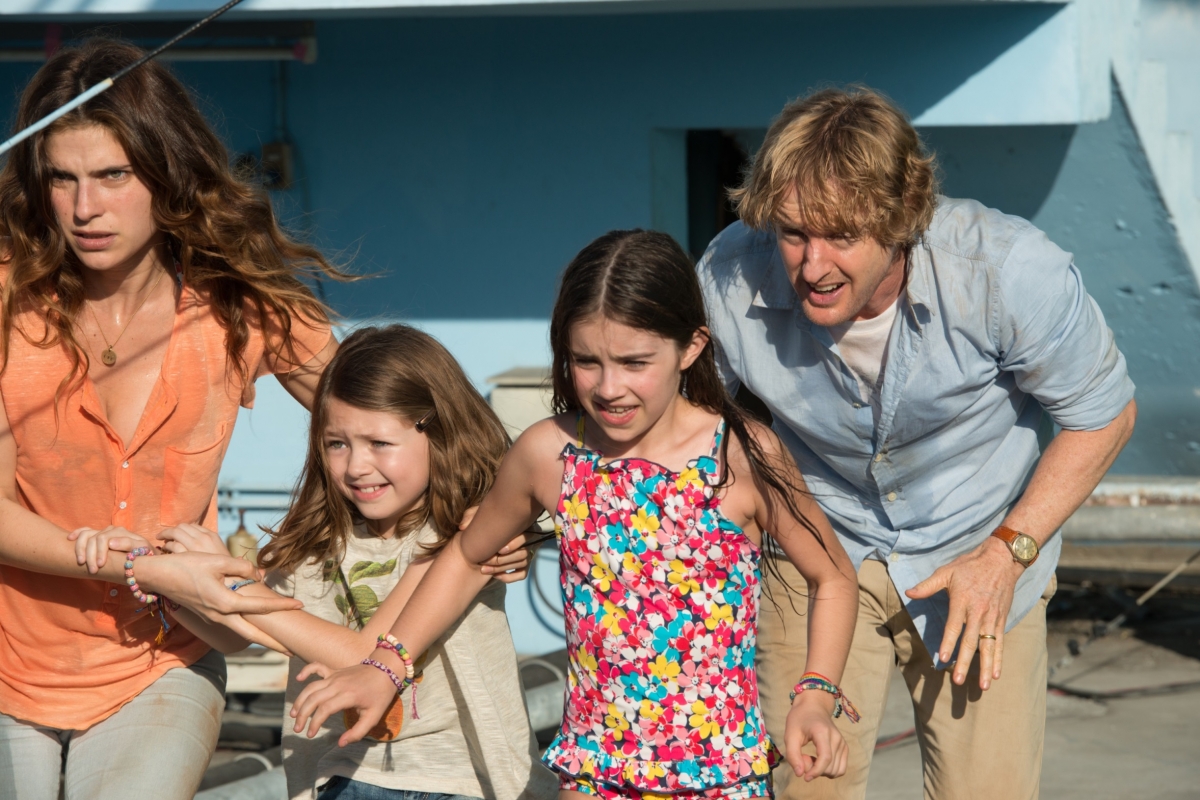 In the closing scenes, as Jack recovers from the bullet wound that he received during the final altercation with the rebels, the family plans for a prosperous future. It might lead them back to Texas or someplace completely different. The most important thing is that the Dwyers will be there as a family.

Read More: Where Was No Escape Filmed?