No Exit Ending, Explained: Who Are the Kidnappers? 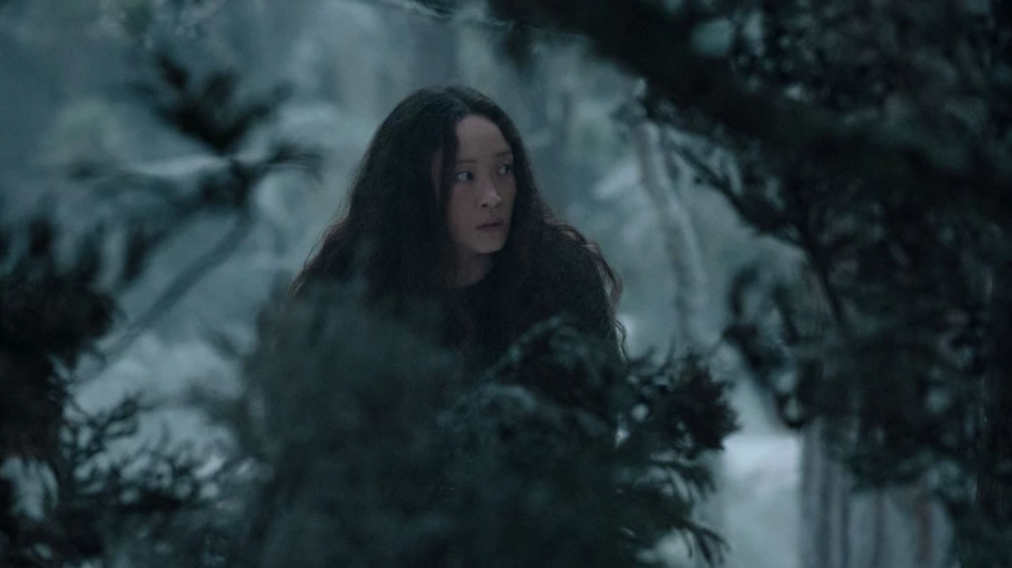 ‘No Exit’ is set amidst a blinding snow blizzard that strands Darby (Havana Rose Liu) at a rest stop with four strangers. However, things are a lot more ominous than they seem on the surface, and the shocking discovery of a kidnapped child suddenly turns everyone into a potential suspect.

The narrative is tense, slowly revealing surprising layers of each character as the situation gets increasingly deadly. The child’s life hangs by a thread, making the whole affair even more frantic. The climax is a fitting explosion of shocking reveals and violence that leaves the fates of all the characters in limbo. This is one film where the details truly matter, so let’s take a closer look and see how things turn out in ‘No Exit.’ SPOILERS AHEAD.

The film opens in a rehab center, where Darby is pulled out of a group therapy session and informed that her mother is in the hospital after suffering from a brain aneurysm. Not allowed to make phone calls (as part of her rehab treatment) and worried for her mother, Darby breaks out of her clinic and heads to Salt Lake City. However, a violent blizzard soon forces her to cut her trip short and take shelter at the Muir Tree highway rest stop. 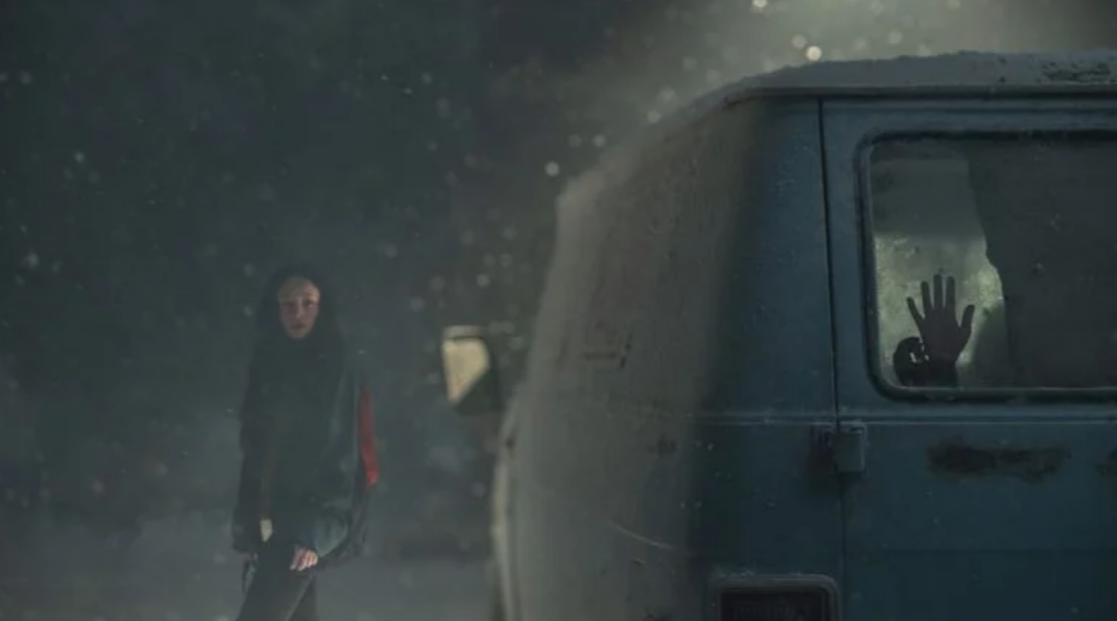 Things initially look peaceful in the shelter, which houses four others — a kindly couple (Ed and Sandi) on their way to Reno, a good-natured young man named Ash, and a shifty, suspicious-looking loner who introduces himself as Lars. During a game of cards, the latter proves to be slightly unstable and becomes hysterical after losing. Darby steps out to try and get a signal on her phone only to discover a young girl tied up in the back of a van in the parking lot. Realizing that one of the people in the rest stop with her is a kidnapper, the young woman cautiously goes back indoors to try and ascertain the criminal’s identity.

Soon, it becomes clear that Lars is involved in the abduction, and Darby secretly informs Ash of the same. To her horror, it is then revealed that Ash, too, is in on the plot, and the two young men are actually accomplices, merely pretending not to know one another. A frantic chase ensues in the blizzard outside while Ed and Sandi remain indoors, oblivious of the deadly situation playing out so close to them.

Eventually, the young girl, named Jay, escapes from the van where she is held hostage and is rescued by Ed, who brings her into the rest stop. Darby also makes it inside, locking the two kidnappers out. A stand-off ensues, made all the more frantic by Jay’s rapidly deteriorating health due to a medical condition. Just as things look irreconcilable, Sandi makes the shocking revelation that she, too, is involved in the kidnapping. As her husband watches in disbelief, his wife of many years opens the door to the rest stop and lets the kidnappers in.

No Exit Ending: Does Darby Die? Is the Closing Scene a Flashback?

Things get increasingly violent inside the rest stop as Ash first shoots Ed and then Sandi. Darby has her hand brutally nailed to the table and watches helplessly as Ash tries to find the car keys so that he and Lars can escape with their young victim. However, using Lars’ unstable demeanor and his apparent attachment to Jay, Darby is able to free herself. Lars is subsequently killed by a nail gun, and the scuffle between Ash and Darby continues. The police officer that arrives on the scene is also brutally murdered by the kidnapper. 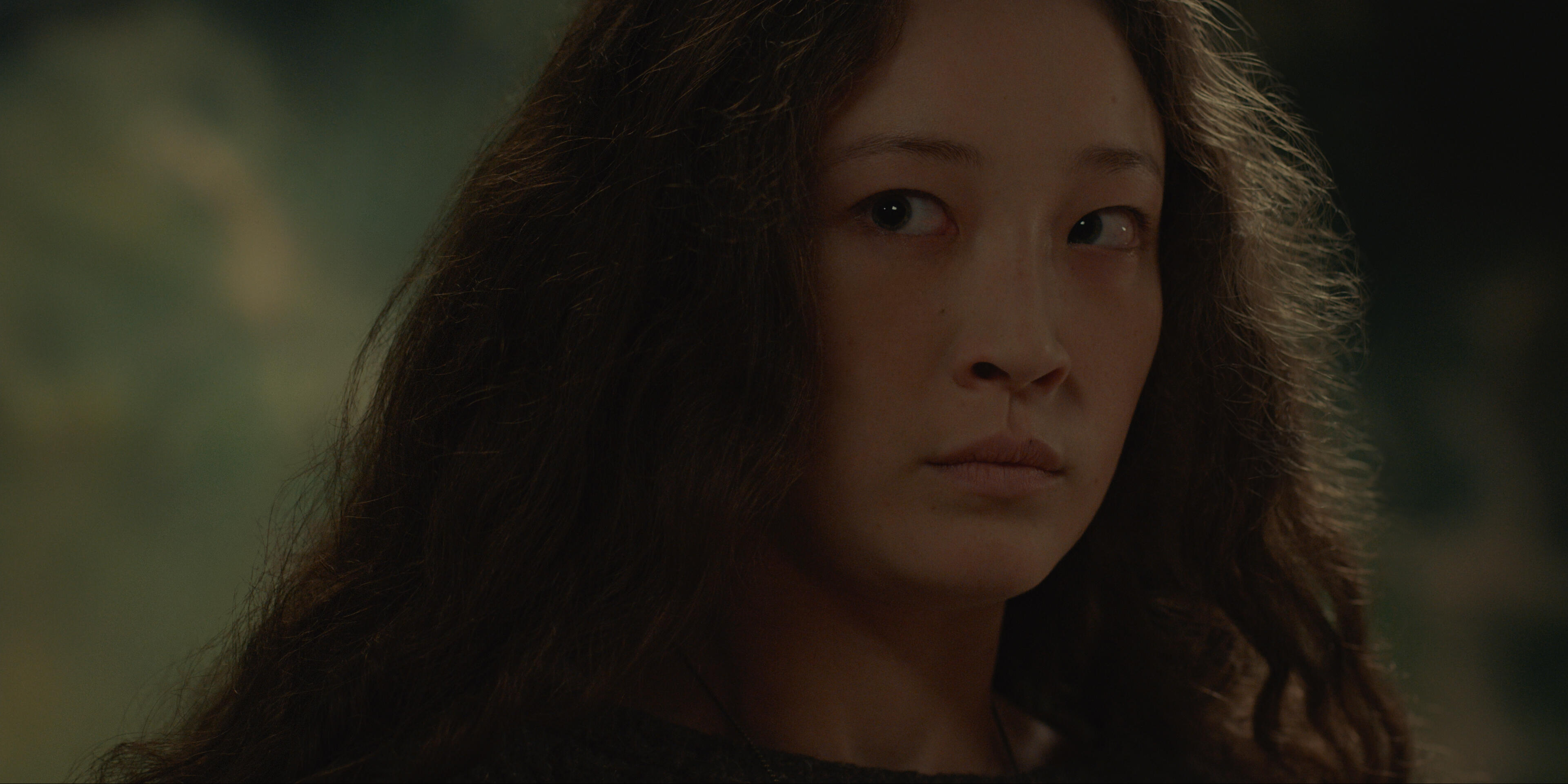 Eventually, a bruised and bleeding Darby is finally able to take Ash down and subsequently crawls to the dead police officer’s radio to signal for help. The film then makes a dramatic shift in tone, and we see Darby back at her group therapy session in the rehab facility. Once again, she is called outside, only this time she sees her estranged sister Devon waiting to meet her. The film closes with Darby and Devon looking at each other with kindness, ending the narrative with a sort of uneasy peace.

So, first things first, let’s see what the film’s closing scene is trying to tell us. Soon after she radios for help, we see Darby back at the rehab facility, sitting in the same posture, holding the same expression as she is at the beginning of the film. However, a few hints tell us that we are now seeing the protagonist in the aftermath of the ordeal (as opposed to it being a flashback). The first clue we get is the drawing on her wall, which is signed by Jay and depicts Darby in a superhero cape. An even more specific clue is subtly folded into the group therapy scene, where Darby introduces herself and then says, “forty-eight days.”

In case you missed it during the chaotic climax, the recovering addict snorts a hefty dose of drugs to help cope with the injuries inflicted on her. Thus, it appears that the closing scene is set about forty-eight days after the violent incidents, and our heroine is referring to how long it has been since she last ingested drugs.

Interestingly, the closing scene seems to depict a relatively unchanged Darby on the surface. However, through little details, we realize that a lot has changed. Most notably, reconnecting with her sister, Devon, seems to hint that the traumatic experience at the rest stop has transformed Darby profoundly and possibly for the better.

Who are the Kidnappers?

The big question of ‘No Exit’ is the kidnappers’ identity, and the film is in no hurry to show its hand. The narrative lulls audiences into a false sense of knowing what’s going on by first disclosing Lars, the most obvious candidate, as the kidnapper. However, subsequent twists then reveal increasingly unlikely candidates. The first surprise comes when Ash turns out to be Lars’ accomplice. However, a much more shocking twist is when Sandi admits to being part of the plot. Through quick flashbacks, it is then revealed how she was a maid that worked for Jay’s parents and helped kidnap the little girl, expecting to get a share of the ransom. 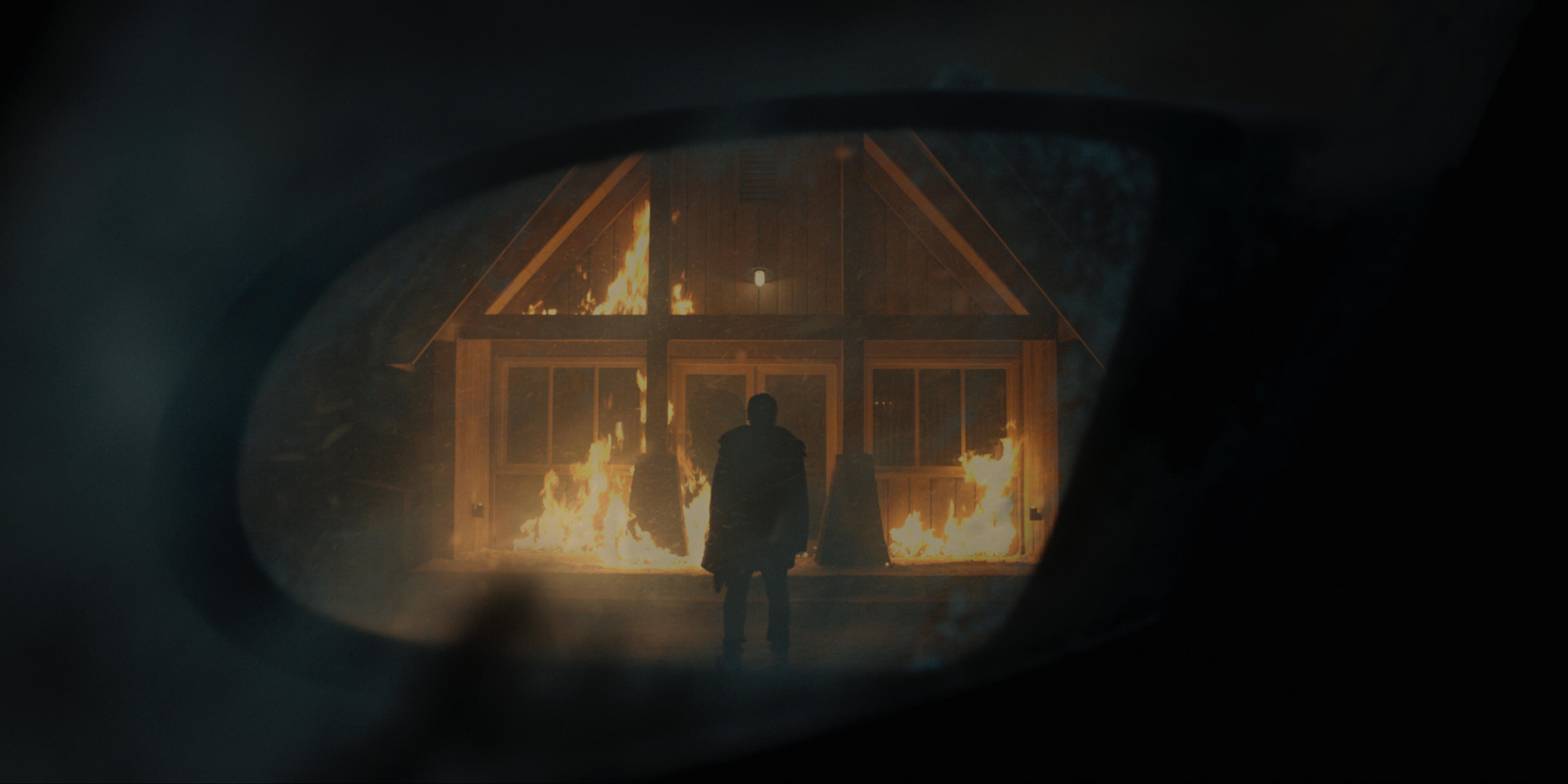 Interestingly, it appears no one is truly innocent as even Ed, the self-righteous retired Marine, is seemingly responsible for driving his wife to such extreme measures. Ed’s love for gambling is made clear right from the start. However, just how bad the habit is, becomes clear when Sandi, trying to justify kidnapping Jay, tearfully explains how her husband has gambled away all their life savings.

To sum up, Lars and Ash are kidnappers that carry out the crime with Sandi’s help since the latter works in the victim’s home. Though unaware of the kidnapping plot, Ed seemingly drives his wife to commit the crime due to his gambling habit. Finally, an unseen character named Uncle Kenny is seemingly the mastermind behind the kidnapping and is revealed to be the man Lars and Ash work for.

What Happens to Jay, the Kidnapped Girl? Is She Dead or Alive?

Despite her close brush with death, Jay survives. At the end of the film’s climax, the young girl is unconscious in the car that Darby crashes as she tries to escape Ash. Though we don’t see Jay after that, the drawing in Darby’s rehab quarters depicting the protagonist as a cape-wearing hero and signed by Jay confirms that the young girl survives the ordeal and is now safely back home.

Read Home: Is No Exit Based on a True Story?