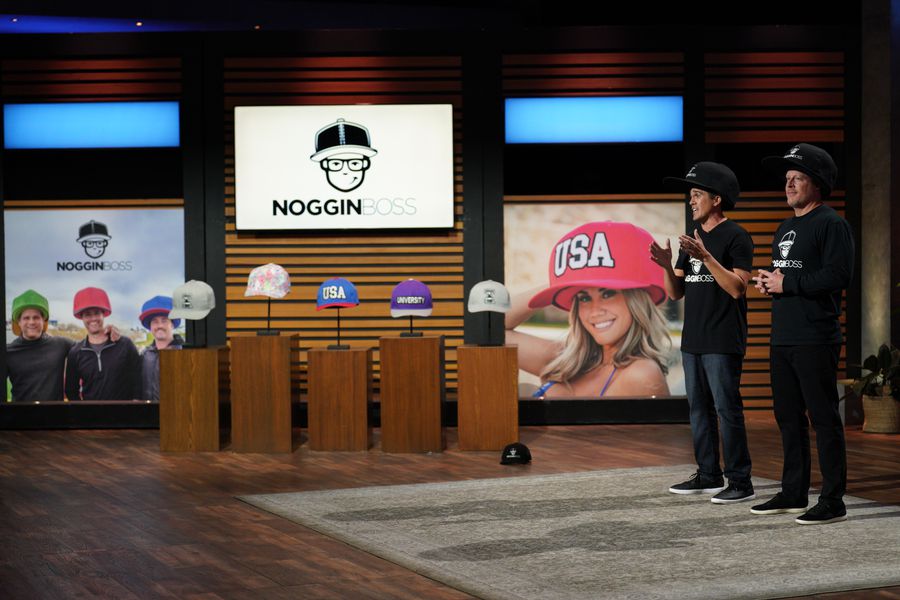 Shark Tank knows how to bring an interesting new business to the limelight. One such entry is Noggin Boss, which makes custom oversized hats. Are you wondering what they are all about and how the company is doing now? Well, we’ve got the details!

Noggin Boss: Who Are They and What Do They Do?

Based in Arizona, Noggin Boss is a business founded by long-time friends Gabe Cooper and Sean Starner. They are on the same page when it comes to their ideas on family, faith, business, and charity. But most importantly, they are former college athletes and sports superfans which serve as the driving force for their shared business venture.

An alum of the University of Maryland, Sean Starner was a Sales Executive at Peak Impact Inc. before he founded his marketing firm Instant Media LLC in September 2010. Similarly, Gabe Cooper has an impressive understanding of running businesses as he studied MBA in Business Administration, Management and Operations from Grand Canyon University. Together, the friends wanted to do something fun and innovative, which helps one promote something they believe in. It is this idea that was refined and transformed into Noggin Boss.

Sports are an important part of American entertainment and pop culture, and fans find different ways to express their enthusiasm. While team jerseys and foam fingers are some of the most common merchandise bought by sports fans, nothing new has come to the market in a long time. That is why Sean and Gabe thought oversized baseball caps could be the next thing people see in sports arenas.

Now, Noggin Boss makes hats not just for sports events but also conferences, family gatherings, and other occasions. You can buy a Noggin Boss hat on the official website. All one needs to do is pick a size, select a color, and then choose a logo, text, or patch that they would like to see on the product. The hats usually cost $65, but if it has a custom logo, there is an additional one-time charge of $50.

Where Is Noggin Boss Now?

The hats by Noggin Boss went through several trials before Gabe and Sean zeroed down on the correct size. They were tested out at several places and were almost always met with curiosity. Finally, the signature hats were launched at the Waste Management Phoenix Open (AKA the Phoenix Open) in February 2020. The highlight of the golf tournament is the zealous fans, so the Noggin Boss hats were perfect for the tournament. However, the COVID-19 pandemic threw a wrench in the plans for the company as sporting events were being canceled.

But Gabe and Sean did not give up on the project. They utilized that time to get in touch with buyers of professional sports teams and corporate sponsors and pitched their product so that Noggin Boss remained on their radar. As expected, this helped the company stay in business. In 2021, Arizona Cardinals ordered some hats for their NFL draft and now have partnered up with Noggin Boss. Subsequently, the startup began eyeing a deal with the NBA team Phoenix Suns.

As per sources, Gabe Cooper has an office at Canyon Ventures, a business center in Phoenix. Therefore, the plan is to eventually move the operations of Noggin Boss there. At present, the company does not seem to have a very large following on social media, but Gabe and Sean have big dreams. They want their venture to be associated with all sports teams in Arizona before expanding to teams across the USA, at school, college, and professional levels. While the company strives for greater success, it does not forget to give back to the community. A portion of the profits at Noggin Boss are donated to support coaches and youth athletes.