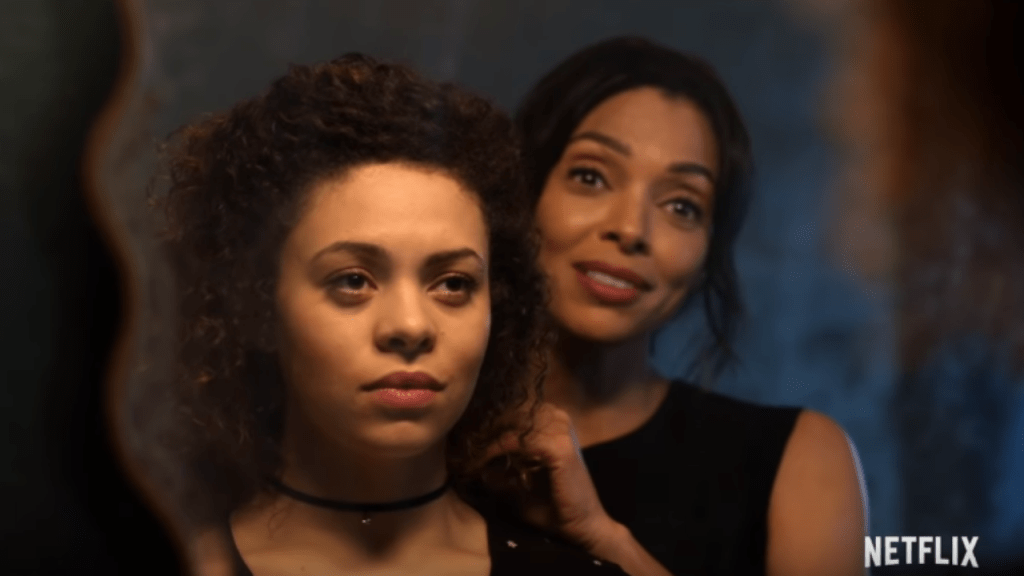 ‘October Faction’ is Netflix’s latest addition to its long-running comic book obsession. The series is dark, gritty, and absolutely twisted, based on the eponymous comic series by Steve Niles and Damien Worm. It follows the Allens, a monster-hunting family, as they make their way back to their home-town. But soon, their past catches up with them, revealing the dark secrets that their town kept hidden all these years.

To make it all the more fun, the series is filled with all kinds of wild monstrosities. Even the kind that will sing jingles with you at the superstore. The first episode, ‘Presidio’, has the Allens returning to Barington, not aware of what’s in store for them. SPOILERS AHEAD. 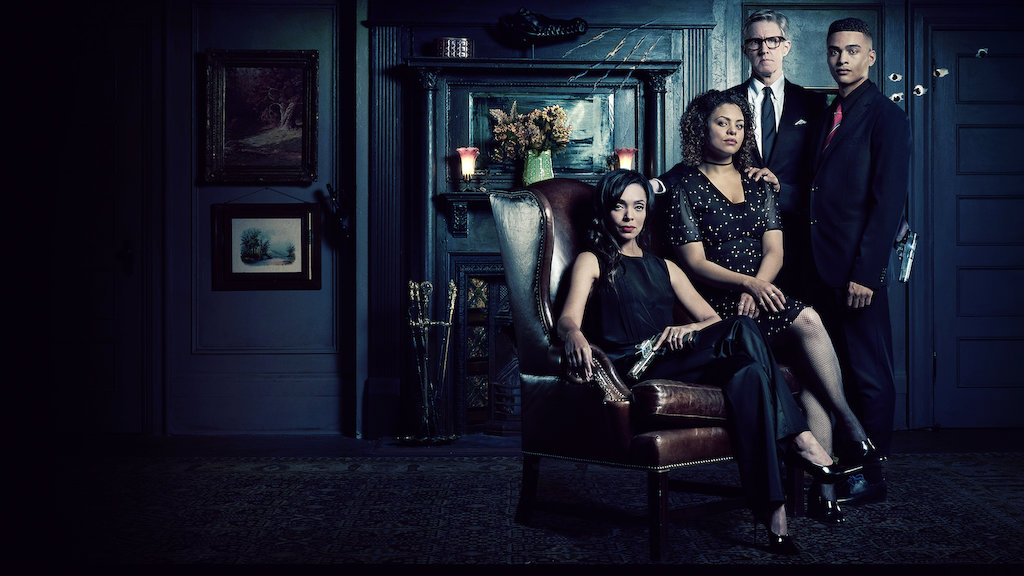 We’re introduced to the Allens, the monster-hunting couple, as Fred tells his wife, Deloris, about his father’s death. They take their children (who’re twins), Geoff and Viv, back to Fred’s ancestral home in Barington for Samuel’s funeral. It is revealed through Fred and Deloris that Samuel too was a monster hunter, that the three of them are agents and work for the secret society, Presidio.

The episode is filled with warm-tinted flashbacks, which reveal to us Fred’s brother, Seth’s death. Fred lives in the shadow of his older brother who also worked for Presidio. He was killed by a monster, and Fred always blamed himself for his death. Meanwhile, it is also revealed that both Fred and Deloris grew up in Barrington and went to highschool together. The funeral and the wake turn into a mini-reunion, as Deloris meets an old friend, Gina, who is the current Sheriff. We also have Fred’s mother, Maggie, return to Barington as she wants to take over the mansion.

The episode also features Fred and Deloris fighting a pair of monsters at the superstore, which involves a hilarious conversation between Fred and the monster man. Meanwhile, back home, Geoff pushes Viv to perform a seance with the snobby kids of the town, to help her fit in. But this goes horribly wrong, as Viv ends up waking up and freeing a supernatural creature that possesses her.

‘October Faction’ doesn’t waste time on introductions. It jumps right in. Lucky for us, it also immediately hits us with the show’s best feature, its subtle, sometimes absurd, dark humour. As Fred confesses how scary going back home is, the very next moment, we see the pair killing off monsters. All casual, you know. We learn that the two are trained monster killers with weird gadgets, without any warning or lead-up. If you think this is as crazy as it gets, well, we’re only 2 minutes in.

In many ways, ‘October Faction’ is as cliched as cliche gets. We have an eerie small-town that almost seems to be stuck in time. We have a large mansion which Geoff’s describes as Fred’s “Wayne Manor” that has its own share of dark secrets, from clawed walls to secret rooms. In fact, the episode also instantly reminded me of the premiere of ‘The Umbrella Family’, with the funeral of the father who everyone hates, bringing the family back to the mansion, and forcing them to face their pasts.

Despite its use of tropes, the one thing that keeps ‘October Faction’ fresh is its humour. One of the best parts of the episode is actually the conversation a drunk Fred shares with a monster at the superstore. The two bond and sing jingles together, after which, the monster convinces Fred not to kill him. He states that his species is endangered because they’re being hunted. Ultimately giving up, he hilariously says, “Jesus man, it’s Saturday!”. There’s something quite amusing about watching a monster calling out to Jesus in exasperation, and it is equally hilarious that he doesn’t want to die on a weekend.

The episode also has some other redeeming qualities. This includes its take racism in a small-town, and what Geoff calls “white privilege HQ”. Geoff is a sassy young gay man of colour. But he does remind one of Ambrose from ‘Sabrina’, which I am not sure is a good thing. We also have Viv, who’s an artist. It is definitely refreshing to a protagonist that doesn’t look like a teenage Barbie. It is also through Viv’s art that the episode explores the dark aesthetic of the original comics.

The fun doesn’t end here. Adding to its absurdity, we have a really random seance, that actually ends up working. It is also hinted that Geoff sees dead guys, which is probable considering the fact that Geoff in the comics does see dead people. The comics also reveals that Geoff and Viv could potentially be into witchcraft, which almost explains the random summoning of a supernatural entity. But the flaw of the episode lies in how rushed it feels. It’s a little all over the place, and doesn’t leave room for us to process what’s happening. Of course, it’s too soon to say where the rest of the season will take us. Though it seems to have more potential being a fun guilty pleasure than a true marvel.