Odd Taxi Season 2: Everything We Know 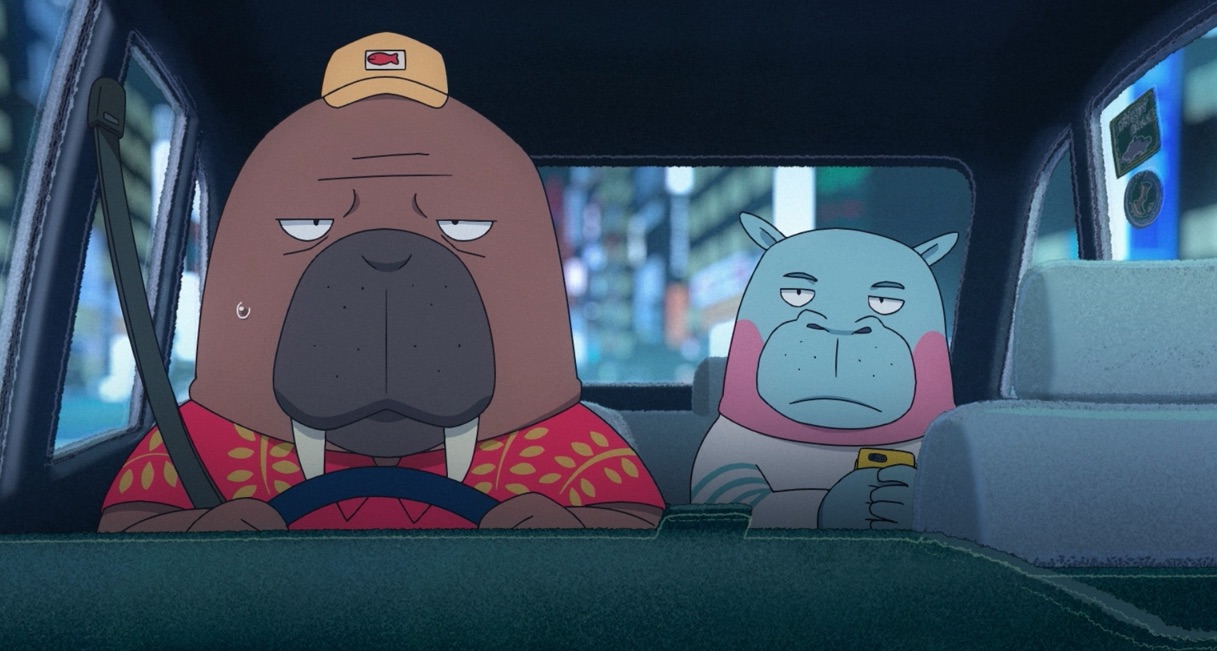 ‘Odd Taxi’ is an original anime series that seemingly takes place in an alternate version of Tokyo inhabited by anthropomorphic animals. The protagonist is a 41-year-old taxi driver Hiroshi Odokawa, a socially reclusive walrus. Despite his issues, he naturally converses with his passengers during their journeys, letting him become acquainted with individuals of a wide spectrum of personalities. As the series progresses, the audience realizes that something is definitely unconventional about the world around Odokawa, and that ends up becoming one of the two main mysteries of the anime, the other being the disappearance of a girl.

Following its premiere, the show received mostly positive reviews, with critics praising the seamless deliverance of its complex and ambitious themes. Season 1 has just concluded airing. If you are curious to know when the second season will come out, we got you covered.

‘Odd Taxi’ season 1 premiered on April 6, 2021, and aired 13 episodes before concluding on June 29, 2021. Studio OLM developed the series in collaboration with Studio P.I.C.S. Baku Kinoshita helmed the directorial team, and Kazuya Konomoto led the writing staff. As for season 2, this is what we know.

No official statement has been released either confirming or denying the development of a second season. But as the first season ended on a cliffhanger, there might be a significant chance of the development of season 2. Anthropomorphic characters have been long used to tell complex and parabolic stories in various kinds of literary and entertainment mediums, and anime is no exception. In recent years, shows like ‘Beastars’ and ‘Aggretsuko’ have demonstrated the freedom the creators can potentially enjoy while using anthropomorphic characters. ‘Odd Taxi’ takes it up a notch by infusing the possibility that none of the things that the protagonist experiences are real. OLM has produced multi-seasonal runs of anime like ‘Cardfight!!’ and ‘Inazuma Eleven,’ so they definitely have the skills and resources to develop future seasons of ‘Odd Taxi.’

Ultimately, it all comes down to how many copies of Blu-ray/DVD the anime sells. On January 15, 2021, a manga serialization of ‘Odd Taxi’ began to be published through Shogakukan’s Superior Dalpana website. Written by Konomoto and illustrated by Takeichi Abaraya, 2 volumes of the manga have been released to date. If and when the manga goes beyond the events depicted in the anime, it can potentially serve as source material for the second season. Another possibility is that Konomoto might repeat what he did in season 1 and come up with an original script. Considering all this, it can be speculated that ‘Odd Taxi’ season 2 might come out sometime in 2023.

Odd Taxi Season 2 Plot: What Can It Be About?

It is revealed Odokawa has a psychological condition called Visual agnosia. The characters of ‘Odd Taxi’ are humans, but Odokawa has perceived them as animals. Shirakawa saves him from drowning in the river, after which he starts seeing humans as humans again. Imai visits him at the hospital and hands over the 100 million retrieved from the river. However, Odokawa decides to give the money to Kuroda. The episode ends as Sakura, who is revealed to be Yuki’s killer, gets into Odokawa’s taxi.

In the prospective season 2, we will likely learn whether Odokawa has survived his encounter with Sakura. If he does, the relationship between him and Shirakawa will likely develop further. We might learn how Baba and Shibagaki are faring since deciding to give their relationship another try. Dobu and elder Daimon might come out of jail and target those who they think have wronged them.