Are Hunters’ Helga and Heinrich Hansöm Based on Real Architects?

Prime Video’s ‘Hunters’ is set in America in the seventies, where three decades after the war, a group of people are brought together to hunt the Nazis hiding in America and make them pay for their crimes. Despite the fictional nature of the show, it does rely on some very real events to lay the foundation for its plot. A number of characters and events depicted in the show are real. While it brings many terrible things to the fore, it also shows the good side of humanity by telling stories of people who chose to do the right thing when they could’ve easily looked the other way. In the penultimate episode of ‘Hunters’ Season 2, we meet Helga and Heinrich Hansöm, an old married couple who take an immense risk in saving a number of people hunted by the Nazis. If you are wondering whether or not they were real people, then here’s what you should know about them.

Who Are Helga and Heinrich Hansöm? 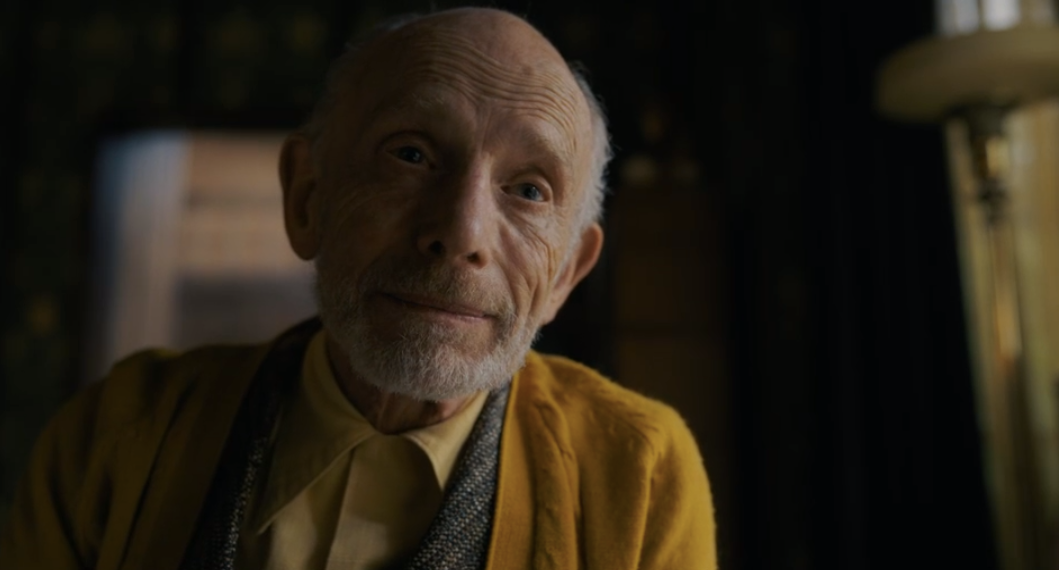 Helga and Heinrich Hansöm are introduced as an odd couple who live alone in their huge house. Soon, however, it turns out that they have many Jews hiding inside the walls, living in the basement and attic. The couple has come up with an elaborate system to communicate with their guests, to keep them occupied during the day, and to alert them whenever danger is near. It is difficult to confirm whether Helga and Heinrich Hansöm were real people who helped Jews during the Second World War. Even though they might not be based on real people, their characters were inspired by the stories of many people who risked their all to save people when everyone else around them seemed intent on doing otherwise.

A detail about Heinrich Hansöm reveals that he was an architect. The most well-known architect who helped Jews escape the Nazis was Raoul Gustaf Wallenberg. Wallenberg was also a businessman, but it was his status as a diplomat that allowed him to help Hungarian Jews during the Holocaust. He is known to have handed out passports to help people leave the country and find safe haven in Sweden as its citizens, if only on a provisional basis. He also set up safe houses for them, and reportedly, ended up saving hundreds of thousands of people in the process. Sadly, Wallenberg disappeared in January 1945, and the details of his fate remain a puzzle to this day.

While Wallenberg had the power of his status as a diplomat, there were people like the Brilleslijper sisters, who created their own safe house to keep many people safe in Amsterdam. They found refuge in a house named The High Nest, on the outskirts of the city, which was later discovered by Roxane van Iperen, an author and a journalist. For about a year and a half, the sisters, who were also Jewish, made a home in the Nest and brought a number of other people to hide there.

Their nearest neighbor lived three miles away which allowed the residents to live comparatively freely. Their brother created hiding places all over the house which came in handy whenever any SS officer or someone they didn’t trust came around. After a while, a neighbor became suspicious and reported them to a Nazi, which led to the capture of all of the residents. Fortunately, three children were allowed to run away.

In the same vein, Wiktoria and Josef Ulma also hid several people in their farmhouse during the war. They too were informed upon, which led to the death of all the Jews hiding inside the house, along with the execution of the Ulmas and their children. There is also the story of a woman named Irena Gut who hid around twelve Jews, keeping them safe for as long as she could. What makes her story even more curious is that she did it right under the nose of a Nazi officer.

Gut was hired by an SS commander as his housekeeper in a house that was located outside of town. Just before that, she’d discovered that the Jews in the town were to be taken away. She shared this information with her twelve Jewish friends, helping them escape just in time. She also managed to sneak all of them into the basement of the house of the commander through a secret tunnel created by the previous owner of the place. For two years, Gut kept her friends safe. Though there were a couple of mishaps that could have undone everything, in the end, everything turned out well for them.

These are only a couple of many stories of people who helped complete strangers in the times when people found friends and neighbors turning against them. While the show doesn’t confirm whether Helga and Heinrich Hansöm existed in real life, it is clear that they are meant to represent the real people like the Ulmas and the Brilleslijper sisters who decided not to bow down to the oppressive forces and fought back the Nazis when things got unimaginably tough.