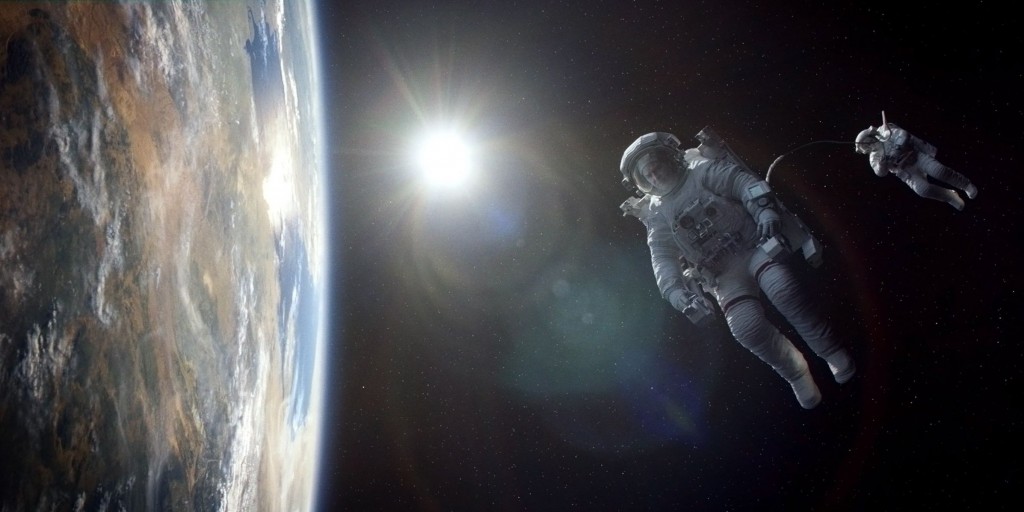 When you enter a movie theater, you take your allotted seat. Then, you watch a few ads and trailers of films you didn’t come to watch. And then arrive the pre-credits. Along with that or post that, you get to see the opening shot of the film you have come to watch. Finally, you start feeling the film, the intensity builds and you become a part of the film. In other words, an opening shot sets the tone for the film. You get it right and you have the audience hooked for the rest of the movie. You get it wrong and there is a very little scope for improvement left. That is why the opening shot holds the most importance in a film.

World cinema has produced plenty of good films and those good films have generally contained perfect opening shots. Movies like ‘Goodfellas’ have time and again showed how it’s done. I personally feel that Martin Scorsese is the best when it comes to opening shots in films. His films have started well and gone to become classics. In recent times too, Marvel films, in particular, know how to begin a film. Here’s the list of films that have the best opening shots. 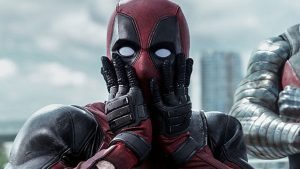 ‘Deadpool’ turned out to be a revelation in Fox’s X-Men Universe. It had a mutant superhero like none before. And this was made clear in the opening shot of the film itself. Deadpool is anything but a serious hero. Played by Ryan Reynolds, he is found sitting in a taxi in the beginning as a Hindi song is playing in the background. Soon, we realize that we are in for much more than pure action and kickass dialogues. ‘Deadpool’ is funny, sarcastic and action-packed, all at the same time but it has a great opening sequence.

The third installment of the highly popular ‘Mission: Impossible’ series is better than its two prequels for two reasons. First, the film gives a really strong supporting cast to the ever-impressive Tom Cruise with the likes of Michelle Monaghan and Laurence Fishburne churning out good performances. Secondly, it has a different opening sequence than the first two films as Ethan appears to be in trouble and his tense looks really get to the nerves of the people. 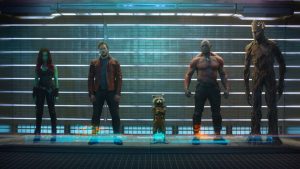 Must be the idea of a genius to collect a bunch of misfits and turn them into galaxy-saving superheroes. The best part about ‘Guardians of the Galaxy’ is the absence of Godly powers (for now) as seen in the earlier films of MCU. Despite being all fun and no sadness, Star-Lord is very soft at the heart as can be seen from the opening scene where he cries over the death of his mother. A really soft, heart-warming song plays in the background and it builds an instant connection between the audience and the story. All of a sudden, a story of aliens becomes relatable and that is why ‘Guardians of the Galaxy’ belongs on this list. 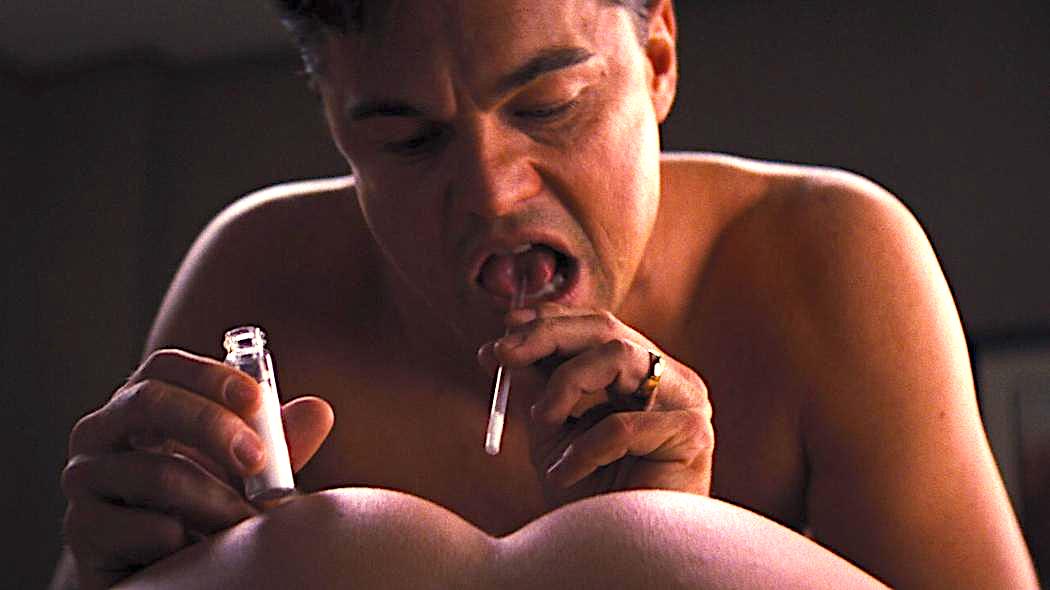 With four movies on this list, Scorsese is one director who clearly know how to open a movie and keep audiences hooked. ‘The Wolf of Wall Street’ is a film about a drug-obsessed, sex-obsessed, money-obsessed megalomaniac. And that better to open a film that shows him indulging in all three of his obsessions. If you were wondering how is that even possible to show someone obsessed with sex, money and drug in one single shot, ask Scorsese. Or better, watch ‘The Wolf of Wall Street’ 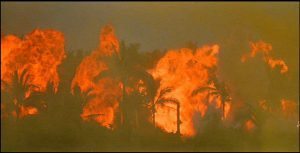 ‘Apocalypse Now’ is a pure masterpiece. Having an ensemble cast, it brings together the successful actor-director pair of Marlon Brando and Francis Ford Coppola. The opening sequence where the camera slowly moves from a burning forest to Martin Sheen hung upside down is simply enthralling. It quickly sets the mood for this war epic as ‘Apocalypse Now’ proves to be one of Coppola’s best. 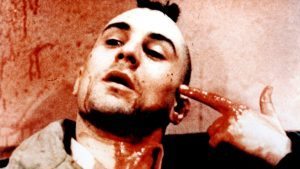 ‘Taxi Driver’ is both thrilling and scary at the same time. The way it builds the intensity minute-by-minute clearly holds us on the edge of our seats. At the very beginning, a taxi appears on the screen clearly all the smoke along with the very tense music. That opening shot gives an idea about Travis’ thoughts on the filth and scum in New York. As I have said, Martin Scorsese is the best in setting up a film and that is clearly visible here. 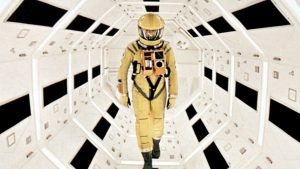 Stanley Kubrick is a genius and a true visionary. This film clearly states how he had the ability to envision something that would happen years after. From the beginning scene where the moon slowly comes up in the crescent form, every second of the film is connected and has an explanation. Not only is it a treat for the aspiring astronauts and space geeks but also, for all the true cinema lovers out there. 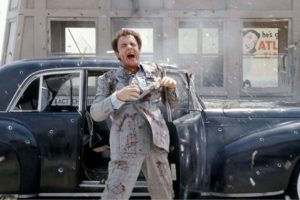 ‘The Godfather’ is arguably the best film ever made. The film begins with the words “I believe in America” which are said with great depth and ferocity. Through this scene, the stage is set for the film to conquer the world of cinema as it is now. One can’t argue about the magic that Coppola weaved on the screen while it is futile to think of a better performance than Marlon Brando’s in this one. For these reasons, it is one of those reasons which deserve to be on everyone’s ‘watch-before-dying’ list. 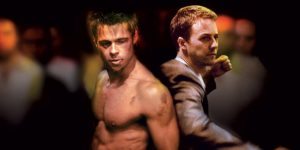 The name ‘Tyler Durden’ sends chills down our spines whenever we hear it. That is exactly what happened in the opening seconds of ‘Fight Club’. Add to that, Edward Norton’s voice and you know that you are in for a ride. ‘Fight Club’ is a youth film with a huge cult following (which is common with David Fincher’s films) but its strength lies in the fact that it stars two not-so-established actors in Brad Pitt and Edward Norton in the film. Obviously, the plot doesn’t disappoint either and one can say that ‘Fight Club’ is a film where your life is seen in an extreme fantastical manner. 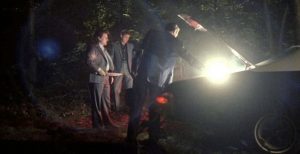 I personally don’t consider ‘Goodfellas’ to be a film of this high regard. The words “As far back as I can remember, I always wanted to be a gangster” drag this film to the no. 3 spot. Ray Liotta is not the best actor in the world but his monologue at the beginning of this film is truly one of the best I have ever heard. If not for ‘The Godfather’ trilogy, this film would be considered the best Gangster film ever, all due to this monologue and Scorsese’s brilliant direction. Special Mention for De Niro who, despite all that people might consider, is just a sidekick in the film (but a rather good one).

‘The Dark Knight’ is one of the most memorable films in modern cinema. It simply redefined the concept of superhero films while its artistic value is beyond measure. This can be seen as soon as you get into the film. A bank robbery, shattering of glasses, focus on men wearing joker masks and the intensity levels are at an all-time high. Before Heath Ledger could reveal himself as the Joker and totally awe us, Christopher Nolan slipped in this opening shot where you get to understand why he is one of the most appreciated directors in the world. 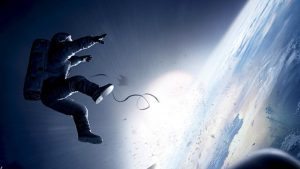 Directed by Alfonso Cuarón, ‘Gravity’ is a pure visual treat. With Sandra Bullock and George Clooney in the lead, it is an out-and-out space film with nothing much of anything else. That is what makes the film so thrilling. In the beginning, few scary facts regarding space are revealed. Then, as visuals appear, two astronauts are in conversation with Mission Control. As the film directly gets to the point, it becomes very intense and entertaining to watch. 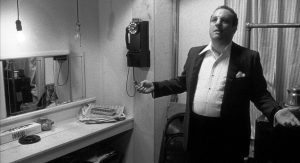 There is a reason why Martin Scorsese is revered by filming fraternities around the world. ‘Raging Bull’ is that reason. This biographical sports drama begins with the scene where a boxer practicing his moves is shown in slow-motion. Skip to an old-looking Robert De Niro as Jake LaMotta. He delivers one of the best monologues ever talking about ‘boxing’ and ‘entertainment’. No doubt it is the best opening shot ever seen in films.