Operation Repo: Where is the Cast Now?

‘Operation Repo’ is an exciting TV series that dramatizes and re-enacts actual incidents of car repossessions in California’s San Fernando Valley. While the incidents shown on the show are primarily true, it often fictionalizes parts of the narrative to make it appear more dramatic. The show, which initially premiered on Telemundo in 2006, follows a team as they repossess cars from angry and sometimes even violent owners. The added drama and suspense make the show quite thrilling and with cameras now turned away, fans are curious to know where the cast members are at present. Well, fret not because we come bearing answers!

Where Is Sonia Pizzaro Now?

Sonia Pizzaro shot to fame with her appearance on ‘Operation Repo,’ and subsequently became a part of other TV shows, including ‘Repo Chick’ and ‘World’s Dumbest.’ After ‘Operation Repo’ wrapped up, she appeared in the 2016 TV movie ‘Operation Sonia: Love Thy Bleeping Neighbor,’ and the 2018 movie ‘Followed.’ Additionally, Sonia even featured in the 2016 spinoff TV show ‘Operation Repo: Lou’s Revenge.’

Unfortunately, on May 9, 2018, Sonia suffered a sudden stroke and had to be immediately hospitalized. Her family members announced the incident on Instagram, and in June 2018 mentioned that she was back home and slowly on her way toward recovery. Although Sonia has embraced privacy since then and rarely posts on social media, she seems to be leading a happy life surrounded by her loved ones, and we wish her the best for the future.

Where Is Lyndah Pizarro Now?

Since Lyndah was one of the prominent cast members of ‘Operation Repo,’ viewers will be interested to know that she even worked as a makeup artist for the production. Additionally, she was a part of three spinoffs, namely ‘Operation Repo: The Movie,’ ‘Repo Chick,’ and ‘Operation Repo: Lou’s Revenge’ as well as the 2010 TV movie ‘Beverly Hills Pizarro’s.’

Lyndah has a massive following on social media and undertakes several brand deals as an online influencer. Besides, she owns and operates her apparel brand, Pink Pizza, while her cosmetics company, Lyndahface, now appears to be defunct. Moreover, from the looks of it, Lyndah still resides in the United States and is a single but proud mother of two. We hope happiness never eludes her soon.

Where Is Froylan ‘Froy’ Tercero Now?

Apart from appearing in ‘Operation Repo,’ Troy was a part of ‘Repo Chick,’ ‘Operation Repo: The Movie,’ and ‘Operation Repo: Lou’s Revenge.’ Besides, he appeared as himself in the TV series ‘LeagueOne: In the Spotlight!,’ and plays Ceaser in the 2020 movie ‘Federal Execution.’ In 2022, Troy became a part of the exciting documentary Surviving Sunset an Actor’s Hollywood journey,’ while sources state that he appears as Fred in an upcoming movie ‘Ride or Die,’ which is currently in post-production.

Apart from his career in the entertainment industry, Troy has seemingly built up a happy life surrounded by his close ones and often posts on social media to keep his fans updated. Besides, he maintains a solid bond with his father, and the two celebrated the latter’s birthday in September 2022. It is heartwarming to witness Troy happy, and we hope success never eludes him.

Where Is Matt Burch Now?

Matt Burch is a pretty well-known name in the entertainment industry and has worked on several popular productions, including ‘Mariano Big Dawg’s Corner,’ ‘Repo Chick,’ ‘Operation Repo: The Movie,’ ‘Crustacean,’ and ‘Mythica: A Quest for Heroes,’ among others. In 2021, he appeared on an episode of the podcast ‘The FIttest Fat Kid You Know’ and was also involved with the documentary ‘Surviving Sunset an Actor’s Hollywood Journey.’

Furthermore, while sources state that Matt is working as a key wrangler for the upcoming movie ‘Go West,’ he appears as Mitch in ‘Ride or Die,’ which is currently in post-production. Unfortunately, he presently prefers to keep off social media and remain private., although we know he is happily married to Mary Burch and became a grandfather in 2020.

Where Is Carlos Lopez Now? 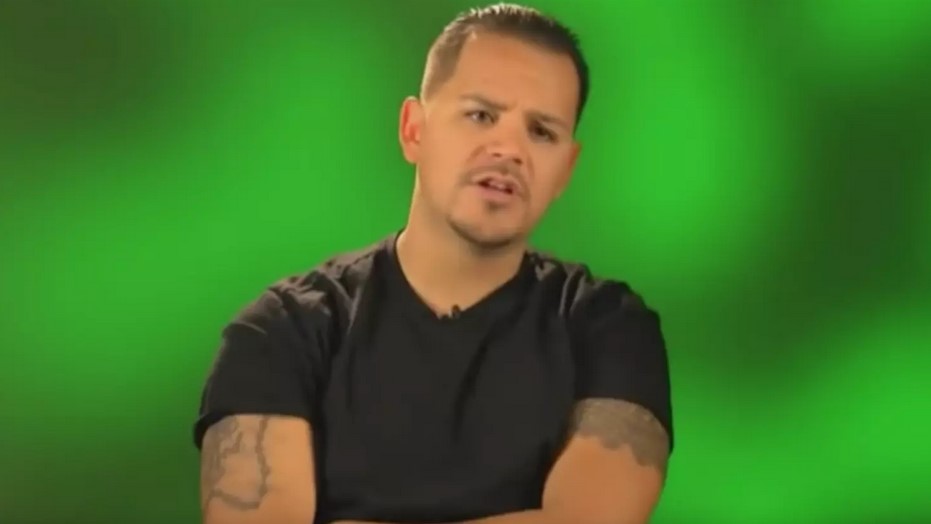 Carlos Lopez had a successful career in the entertainment industry. He appeared on several TV shows and movies, including ‘America’s Most Wanted: America Fights Back,’ ‘American Made,’ ‘Captain America: The Winter Soldier,’ and ‘Kroll Show.’ However, we are sorry to report that Carlos, who was also a veteran of the United States Army, passed away at his Los Angeles apartment on June 24, 2018. When first responders arrived on the scene, they found him dead from a gunshot wound which was reportedly self-inflicted. His mother even shared a remembrance post on social media, and Carlos is still missed.

Where Is Ronnie Lee Now?

After Operation Repo, Ronnie appeared as Polo on the TV series ‘One Ten’ and was a part of other productions, including ‘It’s About Time,’ and ‘Game Shakers.’ In 2019, he stepped into the shoes of the character Tyrie in the Oscar-winning short movie Skin,’ before going on to play Kurtis Striker in ‘Federal Execution,’ Agent Jackson in ‘Medicine Man, and a commander in ‘Warhammer-Pre Space Marines.’

Apart from producing, directing, and editing short films, Ronnie has been involved with the movies ‘The Sweepers,’ and ‘The Charisma Killers,’ both in post-production. Besides, he maintains a close bond with his family and has built a happy life.

Where Is Luis ‘Lou’ Pizarro Now?

The executive producer of ‘Operation Repo,’ Luis Pizzaro, later produced several other movies and TV shows, with a select few being ‘Operation Repo: Lou’s Revenge,’ ‘The Blonde Bonder,’ ‘Exodus of the Prodigal Son,’ and ‘ Mark & Clark World Adventurers.’ Currently, he has been working as the executive producer of the upcoming TV movie ‘Way of the Empty Hand’ and as an associate producer of the short film ‘Four Hour Layover in Juarez,’ which is still in post-production.

Besides, Luis even maintains an intimate bond with his family and often posts heartwarming posts of the memories they make on social media. He is still well-known as a creator and director in the entertainment industry, and we hope he finds success in all his future endeavors.