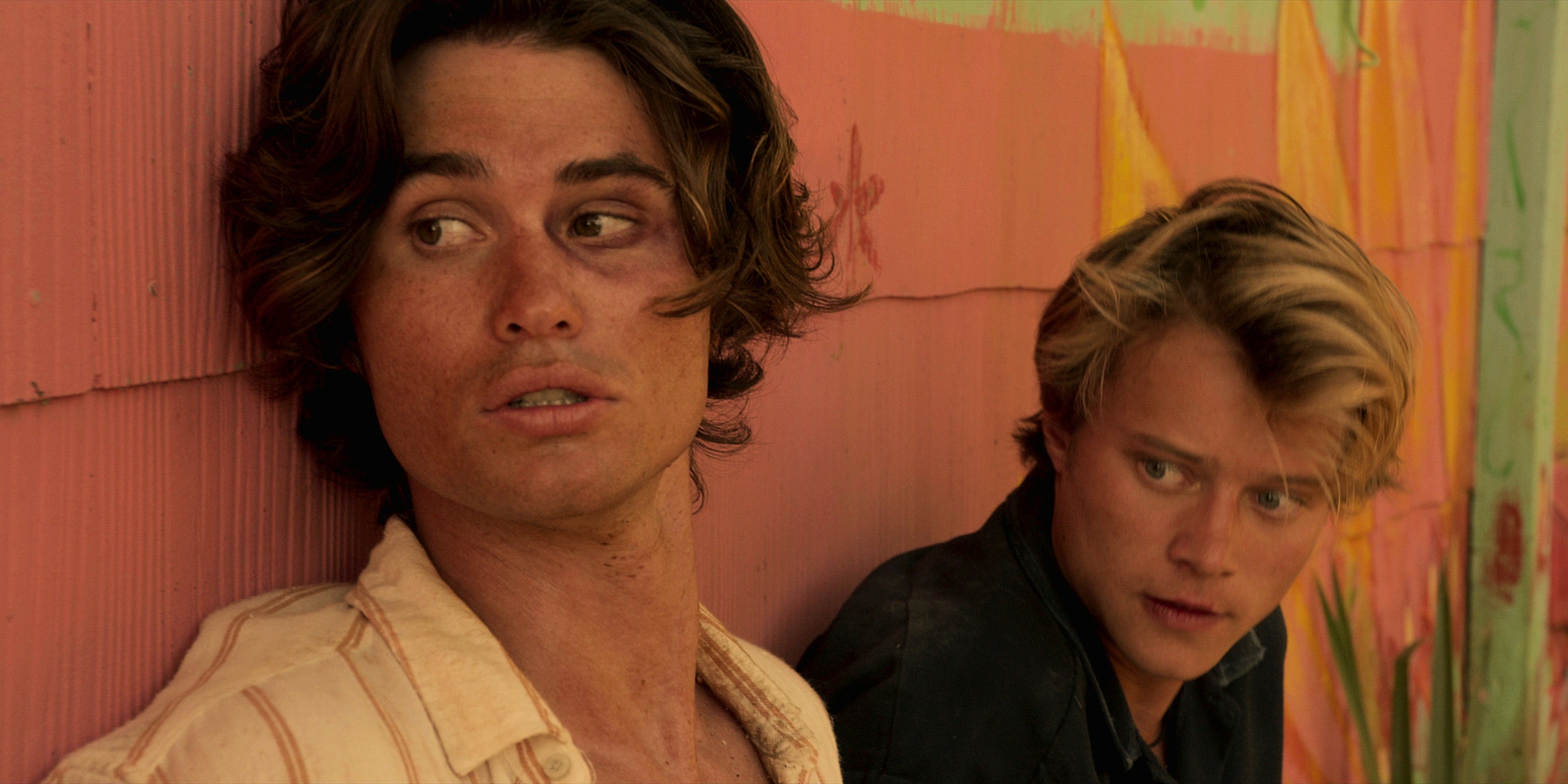 Set in the eponymous barrier islands off the coast of North Carolina, ‘Outer Banks’ is a tale of classism, economic disparity, love, revenge, substance abuse, friendship, and redemption. In season 2 episode 2, titled ‘The Heist,’ John B (Chase Stokes) and Sarah (Madelyn Cline) team up with Captain Terrance (Terence Rosemore) and his crew to steal the gold from Ward (Charles Esten). Meanwhile, JJ (Rudy Pankow), Kiara (Madison Bailey), and Pope (Jonathan Daviss) search for the Sheriff’s murder weapon, while Rafe (Drew Starkey) proves his worth to his father. Here is what you need to know about the ending of ‘Outer Banks’ season 2 episode 2. SPOILERS AHEAD.

Before the security officers can show Ward the face of the intruder, Sarah helps John escape. The two of them later go back to Terrance and recruit his crew for a heist job, promising each of them $10 million in return. Meanwhile, Gavin and Ward meet at a construction site. Ward has brought all the money he had at home, but that’s not enough for Gavin. He refuses to give the gun back to Ward.

The two of them struggle, and Ward ends up killing Gavin. JJ, Kiara, and Pope witness the entire incident and even film it. But the old camera they use breaks as they try to escape after Ward finds out that some people have seen him killing Gavin. Sarah and John know that they have to conduct the heist within a strict time frame because the money will go beyond their reach afterward. When Kiara goes down into the sewage tunnels to look for the gun, Rafe nearly drowns her. The romance between Kiara and Pope seems to hit a few roadblocks as a sober Kiara tries her best to dismiss her earlier words to Pope by claiming that they were just ramblings induced by weed.

Outer Banks Season 2 Episode 2 Ending: Who Shoots Sarah? Who Has the Gold Now?

The heist initially goes as planned. Sarah reaches out to Wheezie and convinces her younger sister that it’s actually her. Wheezie tells Sarah about Ward’s upcoming meeting with some Swiss bankers in Nassau. This makes Sarah realize that her father is planning to move the money the next time he is in the Bahamas. Wheezie takes a photo of Ward’s calendar and sends it to Sarah.

It is revealed that Ward has hired a security team to move the money. He comes to Nassau with Rafe, and together they load the gold into a truck, not knowing that they are being watched. With the help of some local children, Terrance and his crew separate Ward, Rafe, and their gold from the security team. Wearing disguises of road construction workers, Terrance and Cleo convince Ward and Rafe to stop and then hold them at gunpoint. This is when Ward and Rafe find out that Sarah and John are still alive as the latter two come out of hiding. Rafe tries to shoot John, but due to Cleo’s intervention, he misses.

It is later revealed that the bullet has hit Sarah. John and Sarah take the truck with the gold and drive away. Although Ward’s security team gives chase, John drives the truck into a field and hides there until their pursuers move on. For the first time in the show, John is truly in possession of the gold. However, it turns out to be a bittersweet moment as he discovers that Sarah has been shot.

After witnessing Gavin’s murder, Pope, JJ, and Kiara lose the only evidence they have gathered against Ward. However, Kiara still calls the police to let them know what has happened. By the time acting Sheriff Shoupe gets there, Ward has cleaned the scene and taken the body. He later dumps Gavin’s body in the ocean with Rafe’s help. Meanwhile, Pope, JJ, and Kiara’s protests go unheard, as Shoupe tells them to go home. They realize that they need to find the gun. During Ward’s scuffle with Gavin, the gun fell and was swept into a storm drain.

Kiara later nearly dies while trying to retrieve it after Rafe floods the tunnels. However, Shoupe still refuses to press charges against Ward. After the three friends leave, Shoupe does some research and finds out that the gun is registered in Ward’s name. He decides to keep the weapon for now in his desk drawer. While Shoupe is far from an honest police officer, he genuinely cared for Peterkin. It doesn’t matter what Ward might offer him to overlook this particular indiscretion of his son; Shoupe will still likely try to bring Rafe to justice.