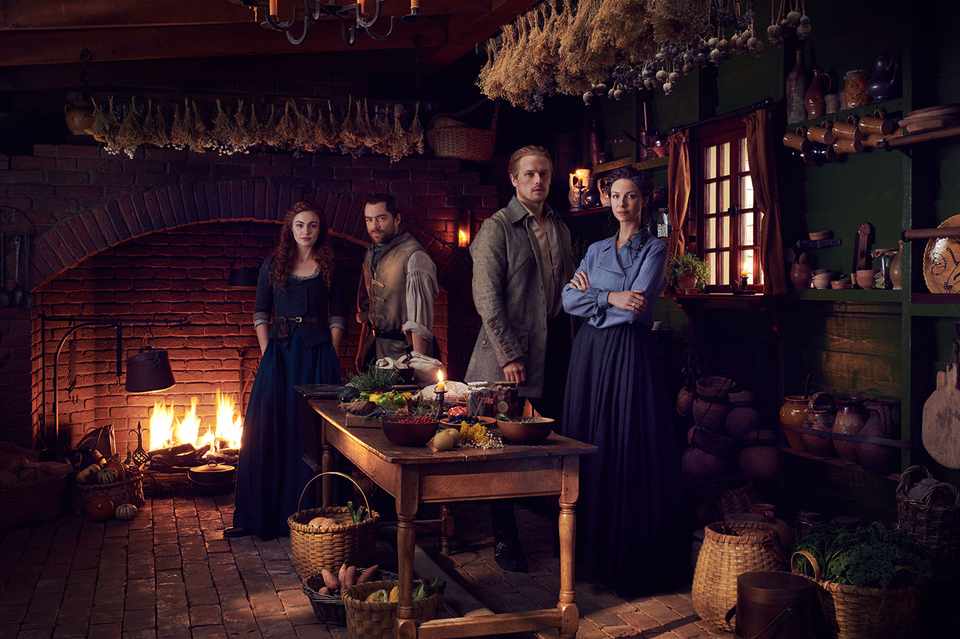 ‘Outlander’ is a fantasy show that not only transports its characters through time but also causes its viewers to flock to its filming locations. The places where ‘Outlander’ has been filmed have reportedly witnessed massive surges in tourist visits due to the popularity of the Starz series.

The romance fantasy show is set in gorgeous medieval castles and breath-taking natural landscapes. It follows a former World War II nurse, Claire Randall who gets transported to 18th Century Scotland. Randall is married to a historian in her actual life. However, in the 18th-century world where she is transported, Randall is almost forced to marry a Scottish warrior, Jamie for the sake of her safety. Soon, she falls in love with the warrior and has to make a choice not just between two men, but also two vastly different worlds.

Where was Outlander Filmed?

Many of you might be wondering what are the ‘Outlander’ filming locations. Well, without further ado, here is the short answer: ‘Outlander’ has been mostly filmed in Scotland. The locations where the show has been filmed have seen a noticeable spike in the number of people visiting them. According to BBC, some of them have seen a jump in the number of visitors by 200%.

The cast and crew of ‘Outlander’ began filming for the fifth season of the show in April, 2019. The season sees Jamie and Claire continue their new life in colonial America. Many fans expected the show to move its production from Scotland to the United States for that reason.

Executive producer, Matthew B Roberts told Radio Times that North Carolina (where the story is set) had been considered as a filming location. However, it was eventually decided that Scotland would continue to serve as the filming location. Roberts said: “We have our crew, our big studio here, so it was better to base here and remain here. And believe it or not, Scotland plays for North Carolina quite well.”

‘Outlander’ is mainly filmed at the Wardpark Studios on Wyndford Road in Cumbernauld, Glasgow. The production facility boasts of a studio space sprawling over 200,000 square feet. Over time, the ‘Outlander’ crew has constructed some truly impressive sets at the facility.

The sun setting on my final drone pic of 2019. This is Wardpark Studios in #Cumbernauld in North Lanarkshire where all the movie magic and most of the interior studio filming for #Outlander happens. 😎

Apart from the studio, however, several actual places in Scotland were used for on-location filming. Thomas Coats Memorial Baptist Church in Paisley, Scotland had been used to film a scene set in the 1960s. Some of the other places used to film the fifth season of ‘Outlander’ include the Bridge of Allan town, Queen’s Park in Glasgow, the village Cambusbarron, Cambusmore Estate in Callander, Tynighame Beach in Dunbar and The Hermitage forest in Dunkeld.

The fourth season of ‘Outlander’ witnessed Jamie and Claire shift to North Carolina for the first time. As stated earlier, the American setting was recreated in Scotland itself. However, the producers also traveled to Slovakia to shoot a few establishing shots of the natural landscape that could pass off as being located in North Carolina.

One of the most recurring locations in the fourth season of the show is Frasier Ridge. The log cabin is actually located somewhere in Northern Scotland. However, the producers have intentionally kept the exact location of the cabin under wraps to avoid eager fans from trespassing the private residence.

But we do know of the filming location of another recurring setting in the fourth season: Aunt Jocasta’s River Run plantation house. The place where scenes in River Run are filmed is located at a private estate named Abercairny near Crieff, Scotland. Moreover, a few establishing shots for River Run had also been filmed at Beecraigs County Park and Caldergren County Park.

Other than that, Mohawk Village was recreated after the production team spent over a year at Faskally Forest in Pitlochry. They carried out tons of research to make the place double up as Mohawk Village aptly.

Next stop for #100OutlanderLocations is Faskally Forest. Also known as Faskally Woods, this area was used in #Outlander season 4 for many of the scenes involving native Americans.https://t.co/XHKvlcHmlX pic.twitter.com/8jbSa1oXwm

Lastly, St. Andrews in the Square in Glasgow was recreated to look like a Wilmington theatre. However, the theatre’s entrance and lobby had been filmed at the estate, Arniston House.

The third season of ‘Outlander’ begins with Jamie and Claire living separately, in their own centuries. The University of Glasgow was used to film scenes set in the Ivy League University. The Boston neighborhood where Claire and Frank live was actually filmed on Dowanhill Street and Kelvingrove Park in Glasgow.

Anyone who has been watching #Outlander season 3 on More4 will recognise this, Dowanhill Street in Glasgow, as Claire and Frank's home in Furey Street.https://t.co/TX4Jpna6sw pic.twitter.com/jDrcdUC7yq

Moreover, Craigmillar Castle doubled up as the Ardsmuir Prison where Jamie is imprisoned. Another place in Scotland where filming for the third season was carried out is the Bakehouse Close in Edinburgh.

Moreover, the Theology Faculty Building at The University of Stellenbosch in South Africa served as the filming location for the Governor’s home.

Just finished re-watching #Outlander 3.12, 'The Bakra', featuring locations The Theology Faculty Building at University of Stellenbosch and The Signet Library, representing the outside and inside of Governor's mansion. https://t.co/wJGYKPt4sw pic.twitter.com/LneL1rTdiR

In the second season of ‘Outlander,’ Jamie and Claire are seen going to France. However, the only place outside Scotland that the production team of ‘Outlander’ traveled to was Prague.

Dysart Harbour in Scotland stood in for La Havre. Plus, Drummond Castle Gardens doubled up as the iconic Palace of Versailles. King Louis XV’s library at Versailles was recreated at Strahov Monastery, Prague.

How gorgeous is Drummond Castle? No wonder they used it in #Outlander as the gardens of Versailles! #Perthshire #castlefix #ScotlandIsNow pic.twitter.com/g7kYeNkJe8

Additionally, scenes set in L’Hopital Des Agnes were actually filmed at the Glasgow Cathedral. However, the exterior shots of the hospital were taken at the Military Church of St. John of Nepomuk in Prague. Filming was also carried out on Radnicke Schody in Prague.

Back to #Prague for our next #100OutlanderLocations entry. Today it's Vojensky kostel svateho Jana Nepomuckeho (Military Church of St. John of Nepomuk), seen in #Outlander season 2 as the entrance to L'Hopital des Anges.https://t.co/zn3WLLdhuu pic.twitter.com/aZQW9qB7W9

When it comes to the first season of ‘Outlander,’ the stones through which Claire time-travels are perhaps the most crucial location for the show (not just the season). The place is called Craigh na Dun on the show. However, the place where scenes at Criagh na Dun were filmed is Kinloch Rannoch, a village in Scotland. Don’t go looking for these stones though. They were actually Styrofoam structures installed by the production team.

Next, Castle Leoch is another crucial location on ‘Outlander.’ The Doune Castle doubles up as Castle Leoch on the show. The Doune Castle boasts of a rather colorful history. For instance, the Battle of the Bastards, between Jon Snow and Ramsay Bolton happened for the control of the Doune Castle. Psych! To be clearer for non-‘Game of Thrones’ fans, Doune Castle stands in for Winterfell on the HBO fantasy series.

Bonus photo from today for any Game of Thrones or Outlander fans – Doune Castle was used as Winterfell & Castle Leoch respectively. pic.twitter.com/7dMJzeKLvy

Moreover, the actual filming location for Jamie and Claire’s wedding is the Glencorse House in Penicuick. Some of the other locations where scenes in the first season of ‘Outlander’ had been filmed include Glen Coe, Hopetoun House and Midhope Castle in South Queensferry, Blackness Castle in West Lothian and Falkland Fife.

Today, our pick of #100OutlanderLocations is Glencorse Old Kirk, the 17th century church near Edinburgh that was used in #Outlander 1.7. for Claire's and Jamie's wedding.https://t.co/DmW00D09SA
images by @Bordersjourneys pic.twitter.com/sBh0vIR49r