Outside the Wire Ending, Explained 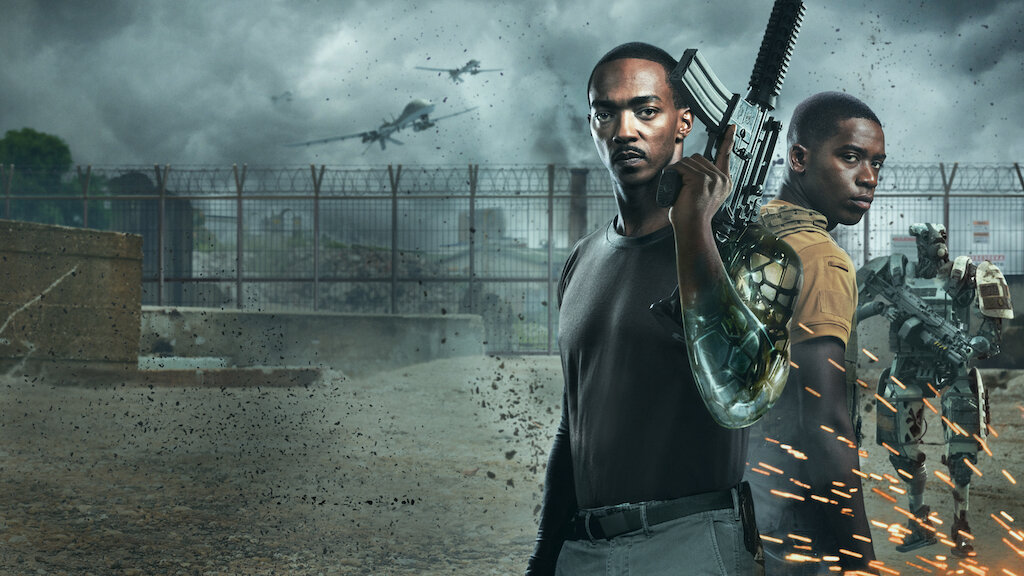 By the time the MCU reintroduced him as a legitimate action star, Anthony Mackie had already established himself as a versatile actor by playing a wide range of roles in films like ‘Brother to Brother’ and ‘The Hurt Locker.’ Even back then, it was pretty clear that this New Orleans youth had enough charisma to carry an entire movie on his own. In director Mikael Håfström’s (‘Escape Plan’) ‘Outside the Wire,’ Mackie plays an android military captain, the first of his kind, pursuing an infamous terrorist named Victor Koval (Pilou Asbæk) in the battlegrounds of the Balkans. The film puts forth some uncomfortable anti-war messages, dealing with ideas that are not particularly prevalent in Hollywood’s no-nonsense military action flicks. SPOILERS AHEAD.

Outside the Wire Plot Synopsis

The story is set in 2036. The biggest conflict of the time seems to be in Eastern Europe, where Koval’s forces have absolute control. The US military has been sent there as peacekeepers. Realizing that they need more firepower to deal with Koval’s growing influence, the US government deploys robotic soldiers, also known as Gumps, in the heavily militarized zone. Lt. Thomas Harp (Damson Idris) is a drone pilot operating from a US Air Force base in Nevada. One day, while the marines are actively engaged in a battle with the local insurgents, Harp disobeys direct orders from his superior officer to fire a Hellfire missile on a target. While it kills all the insurgents and saves the lives of 38 Marines, two 19-year-old Marines die in the blast. 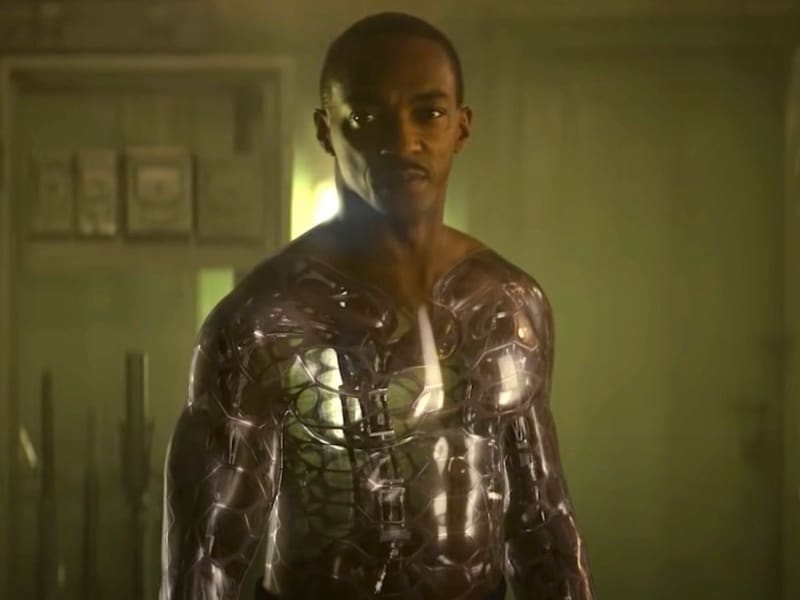 Believing that Harp needs to experience war first-hand, the military sends him to Eastern Europe. Harp is placed under the command of Leo (Mackie), a captain who regularly ventures into the militarized zone to gather intel on Koval. It is revealed that Leo is not a human but a next-generation fully autonomous biotech soldier. Leo tells Harp about Koval and the latter’s pursuit of the Russian nuclear arsenal still present in the countries that were once under the Soviet Union’s control. Leo also tells the younger soldier that he chose Harp to work with because of his ability to make tough decisions.

Completely unequipped to survive on an active battlefield, Harp almost blindly follows Leo from one peril after another, and when Leo saves his life for what seems like the umpteenth time, Harp begins to both respect and trust the cyborg. So, Harp doesn’t ask many questions when Leo requests him to remove what he claims to be a tracking device from the inside of Leo’s body, which will otherwise give away their location to the enemy. In reality, it is a fail-safe device, inserted in him as the last line of control if he ever were to turn against his makers. Now free in every sense of the word, Leo sets out to execute his master plan: nuke mainland US.

Outside the War Ending: What is the Greater Good?

In a film riddled with gunfights and high-octane hand-to-hand combat sequences, morality has a surprising amount of sway in the narrative. Harp takes the logical decision to sacrifice two Marines to save the lives of the other 38. From the beginning, there is an innate arrogance in Harp, often found in people who are extremely good at their jobs. It isn’t until he arrives in the Balkans and encounters the Marines whose comrades he killed that he finally begins to understand the true ramifications of his actions.

This is further underscored when he visits the orphanage run by the resistance and sees tens of young boys and girls there and realizes that their current fate is the handy-work of him and people like him. Leo tells Harp numerous lies, but one thing he says to him is true. Leo did choose Harp because of the latter’s near-inhuman ability to discern the cost and profit of any action dispassionately. He knew that, with correct provocations, he could make Harp disregard rules and orders from his other superior officers.

And that is exactly what he does. After Harp sees what Koval has done to the region, he becomes Leo’s eager accomplice. It isn’t until he explicitly learns that Leo has no desire to take the nuclear codes that he acquired from the insurgents to the US military that Harp begins to understand Leo’s real motives. As for Leo, he tricks both Koval and the resistance by working with both of them to get the codes. He spares Harp’s life and tells him to go home before driving to Koval’s makeshift headquarters.

Leo then kills Koval and all his men and sets out to execute his plan’s final phase. Koval’s men and the resistance might dislike each other, but both factions absolutely loathe the US and its presence in the region. So, even when the resistance learns from Harp that Leo intends to send nuclear bombs to mainland US, they believe him but dismiss it by almost nonchalantly calling it collateral damage. This kind of profound apathy is almost always reciprocal.

The resistance has seen thousands of their people die in wars orchestrated by the US. For them, America is simply getting its comeuppance. After Harp manages to incapacitate Leo during their final confrontation, the latter reveals to him his real plan. He wants his actions to serve as a cautionary tale against any future biotech development exclusively for war. In his final moments, Leo urges Harp to see that this is the only way to cure man’s inclination towards war. As a machine, his world view is ultimately austere.

Leo thinks that killing one million people to save a hundred million is logically acceptable. Perhaps, it is. But human reasons shouldn’t always be dictated by logic. This is why Harp disagrees with him. The greater good, according to Harp, is to let humanity learn from their own mistakes. He leaves Leo in the facility, as a US drone arrives and takes out the facility, along with the active missiles and presumably Leo.

Will Wars Stop Because of Leo’s Actions?

This is unlikely. Humans have an unparallel capacity for self-destruction. Despite seeing what their prototype cyborg was planning to do, the US might make more of them, believing that Leo’s actions were just a part of a glitch. As for Harp, he at least now has a first-hand experience of the results of his actions as a drone pilot. As the ending of the film indicates, he is returning to Nevada. When he resumes his duties at the Air Force base, he will now have his conscience at the forefront.

Read More: Where Was Outside the Wire Filmed?