Is The Outsider Based on a True Story?

Who doesn’t like to watch a good crime drama? A compelling murder mystery has always held the audience’s attention, and the grislier the crime, the better. HBO’s ‘The Outsider’ begins with one such case. You are sure to feel repulsed at the sight of the victim’s body. While the drama takes place on the television screen, it is powerful enough to create a dread inside of us. What if such a thing took place in the real world? If you’ve been wondering whether or not ‘The Outsider’ is based on a true story, here is the answer.

What is ‘The Outsider’ About?

‘The Outsider’ is set in a small town where a horrific crime takes place. When 11-year-old Frankie Peterson’s mutilated body is found in the woods, the whole town goes in shock. The cops want to catch the culprit as soon as possible, worried that it is someone who lives amongst them and might repeat the crime. To their relief and shock, at the same time, they don’t have to spend too much time chasing leads. One witness after another lineup and point towards just one man- the beloved coach and teacher, Terry Maitland. Detective Anderson is convinced that he has the right guy, but then Terry comes up with an ironclad alibi that puts him in another town altogether the day of the murder.

Is ‘The Outsider’ Based on a True Story? 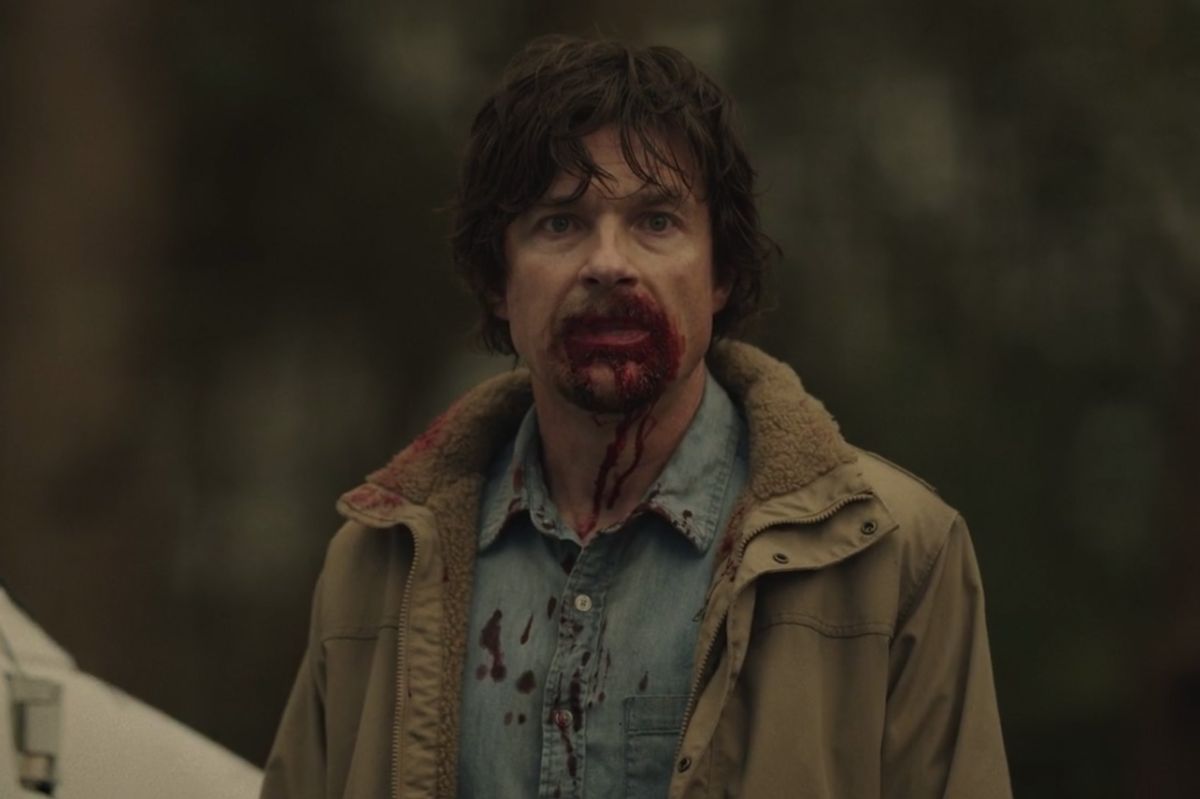 NO, ‘The Outsider’ is not based on a true story. And thankfully so! The story focuses on such a grim and unimaginable crime that it gives us nightmares as it is, and it all comes out of Stephen King’s imagination. The HBO show is based on the book by the King of Horror and embraces the mystery as well as the horror element of it with equal vigour. Some obvious changes have been made, which is often the case with the book to screen adaptations.

What is ‘The Outsider’ Inspired By?

Imagination can lead you anywhere, but you have to start with something, no matter how minor. Writers have often admitted that the story of theirs that took the world by storm came out of mundane places. With King, something similar happens. Take, for example, ‘The Shining’. He started playing with the idea of it while he was in a hotel that didn’t have any other guests. The idea for ‘The Mist’, another harrowing story that has been adapted for the screen, came to him while visiting a supermarket. The thought behind ‘The Outsider’ started with something similar.

In his interviews, he mentioned that there are a number of things that come together to create a new story. The first thing that fascinated him was Edgar Allan Poe’s short story, William Wilson. It follows the story of the titular character whose life is upended after his doppelganger walks into the school one day. This kid looks just like him, has the same name and wears the same clothes. This led King on the path that eventually turned into the story of Terry Maitland.

The choice of the Little League coach as the centre of the story comes from his own life. Years ago, he worked as a Little League coach himself and the thought of creating ‘The Outsider’ had been circling around in his brain since then. He noticed that “no one in a small town is more respected than someone who works with kids. And if something happens to that person where they find out that they have a secret life that’s not very nice, nobody is more reviled and hated. I really wanted to use that.”

Now you know how King concocts the brilliant scenarios for his stories. As for how he comes up with such terrifying monsters who commit the acts of nightmares, there really is no answer.