The new year brings a thrilling literary crossover made up of every horror-mystery lover’s dreams., with HBO‘s latest, ‘The Outsider‘. The series, based on the Stephen King novel, has been adapted for television by Richard Price. Price has previously worked on dark, gritty mysteries rooted in reality with ‘The Night Of‘ and ‘The Wire’. This, paired up with King’s penchant for supernatural horror, creates something gripping as it combines the two seemingly incompatible genres. The series is simultaneously a fact-driven detective investigation, and a speculative fiction that relies on believing the unbelievable.

Interestingly, The Outsider is not considered to be one of King’s best works. But with Price’s screenplay, the HBO series actually elevates itself and moves beyond the flaws of the novel. According to King, who rarely minces his words, the series is actually one of the best adaptations of his novels. It does a brilliant job with its visual tone as it combines the grittiness of noir with something unnatural and eerie by portraying the horrors faced by a small-town. Read on to learn more about where ‘The Outsider’ was filmed.

THE OUTSIDER is one of the best adaptations of my work. Hope you'll watch it. https://t.co/CcCtdNVn7A 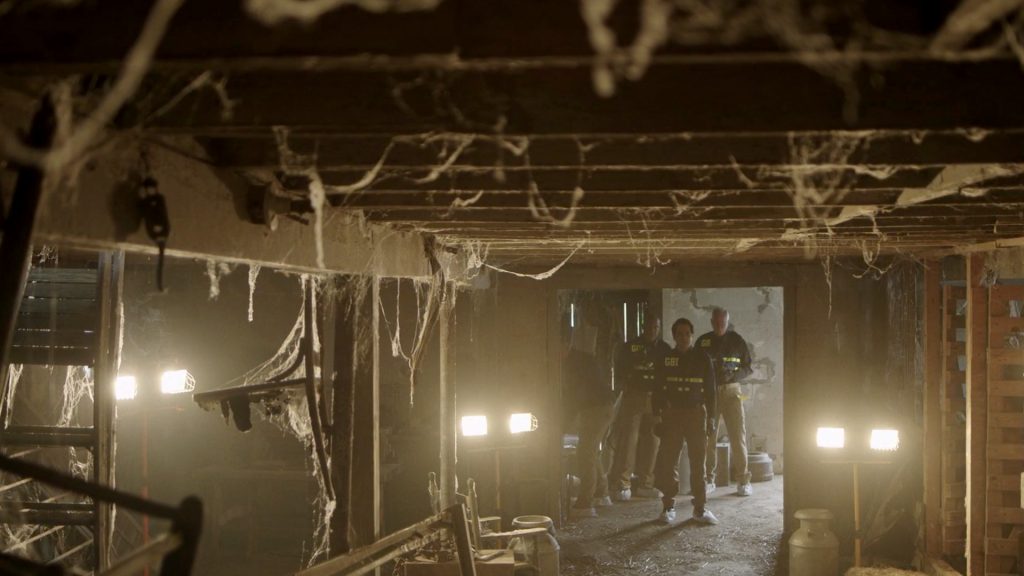 As is typical of King’s works, ‘The Outsider’ too explores the small-town life with its everyday people having to encounter other-worldly nightmares. This becomes significant as the plot unravels because ‘The Outsider’ serves not only as a supernatural horror, but a poignant social allegory on the town and its people. The novel is set in Flint City, Oklahoma. The series shifts things a little but stays true to its small-town roots. HBO’s ‘The Outsider’ takes place in a small town of Georgia. The filming of the series too, took place in Georgia, in and around Atlanta. 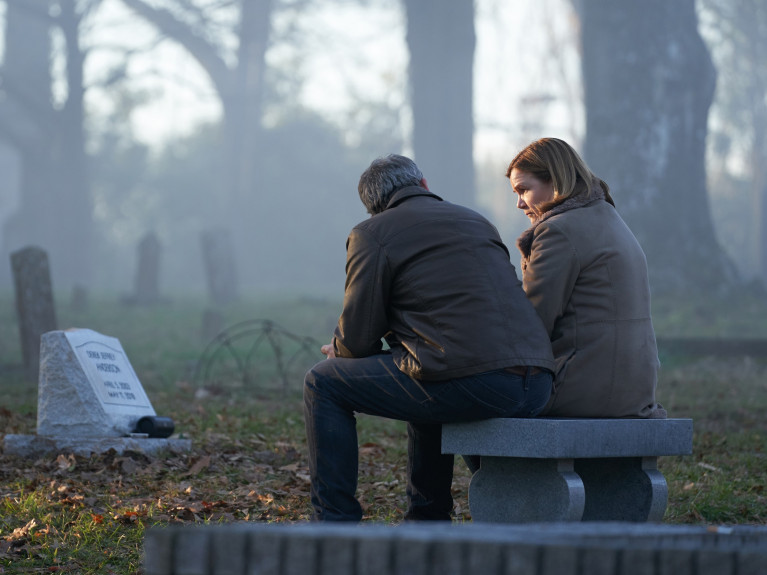 The production of ‘The Outsider’ began in February, and went on all the way to July of 2019. Several scenes from the series were shot in Downtown Atlanta. Filming took place in Lawrenceville, a suburb of Atlanta, located around 30 miles northeast of downtown. Here, scenes were shot near Cheshire Bridge and Lindbergh Roads. Scenes were also filmed in Norcross and northwest Atlanta. The production team set up a basecamp in Buckhead at Northside Drive and Peachtree Battle Road. Certain scenes were also shot around Peachtree Battle Road in a nearby residence. The team also filmed at a residence near Grant Park.

Filming for ‘The Outsider’ also took place in Decatur, especially around April. It is believed that they filmed at the Waffle House there, while there are also reasons to believe that filming also took place around the Original House of Pancakes on Lavista Road in Cheshire Square. Along with these places, the HBO series was shot in Old Fourth Ward of Atlanta, as well as Emory University, a private research university of Atlanta that was founded in 1930s. The Mall at Stonecrest in eastern Metro Atlanta was another location where the crew filmed the series.

Stockbridge, in Henry County, was another primary location for the shoot. The city is also a part of the Atlanta metropolitan area, and the filming took place here around April. The shoot took place specifically in the city parking lot on the south side of Jim Clark drive between Burke Street and MLK Sr. Heritage Drive. The scene involving the police standoff was filmed here, which included SWAT officers and gunfire.

According to a notice to the locals of Stockbridge, the location manager of the series, Andrea Keener, and the key assistant location manager, Tim McLure, stated: “We are planning to film a large scene in the city of Stockbridge in the parking lot of Jim Clark Drive. The scenes involve a standoff with police. There will be police and emergency vehicles on set, as well as uniformed police, SWAT officers and snipers. You may even hear small simulated gunfire for one of the scenes.”

In March 2019, crew could be spotted on the front law of the courthouse. The court scenes, and the ones which has Terry (Bateman) going on trial, to the court, were all filmed here. The courthouse name was even temporarily changed to Cherokee County Courthouse. The filming also took place around Broad Street, from Candler St. to Porter Street, along with Athens Street around Woodlawn Avenue.

The scenes from the series, particularly the ones set around the courthouse, also reveal a backdrop that features the Maddox Building which has Cafe at the Lobby and Lobby and was previously known to be Old People’s Bank.  Another scene features Sharpton Opera House in Winder. Along with these locations, Canton was another area where the filming of ‘The Outsider’ took place. Certain scenes from the series were shot at the Canton Village Shopping Centre.

‘The Outsider’ does a brilliant job at capturing the horrific turmoils the small-town folks have to face with the death of the 11-year-old boy who is found mutilated in the Georgia woods. It also manages to create horror in the everyday, almost revealing that a nightmarish netherworld exists amidst the characters. The visuals of the series almost seem Fincher-esque as they physicalize both dread and grief of these people, revealing vast emptiness with its eerie shots of farmhouses, bridges, woods, and homes.