In the thirteenth episode of ‘Overlord’ season 4 titled ‘The Witch of the Falling Kingdom,’ Climb challenges Aainz to a duel while Aura retrieves a demonic item from the Royal Capital. It is later revealed that Renner had played a crucial role in the fall of the Re-Estize Kingdom for a twisted motive. Here’s everything you need to know about the ending of ‘Overlord’ season 4 episode 13. SPOILERS AHEAD!

Now that the Royal Capital is on the verge of falling apart, Renner finally meets Ramposa, who plans to die with dignity like his son. Therefore, he tells Climb and Renner about a secret passage and orders the duo to run away to save their own lives. Unfortunately, Renner refuses to listen to him and argues that they can hide the Royal treasure in the capital to dissuade Aainz from further destruction.

Ramposa thinks that this is a good idea, so he decides to give the treasure to Climb on Renner’s demand so that he can hide it in a secret location. Meanwhile, Aura finally manages to track down a demonic item in the kingdom and kills everyone who is protecting it to retrieve it for herself. 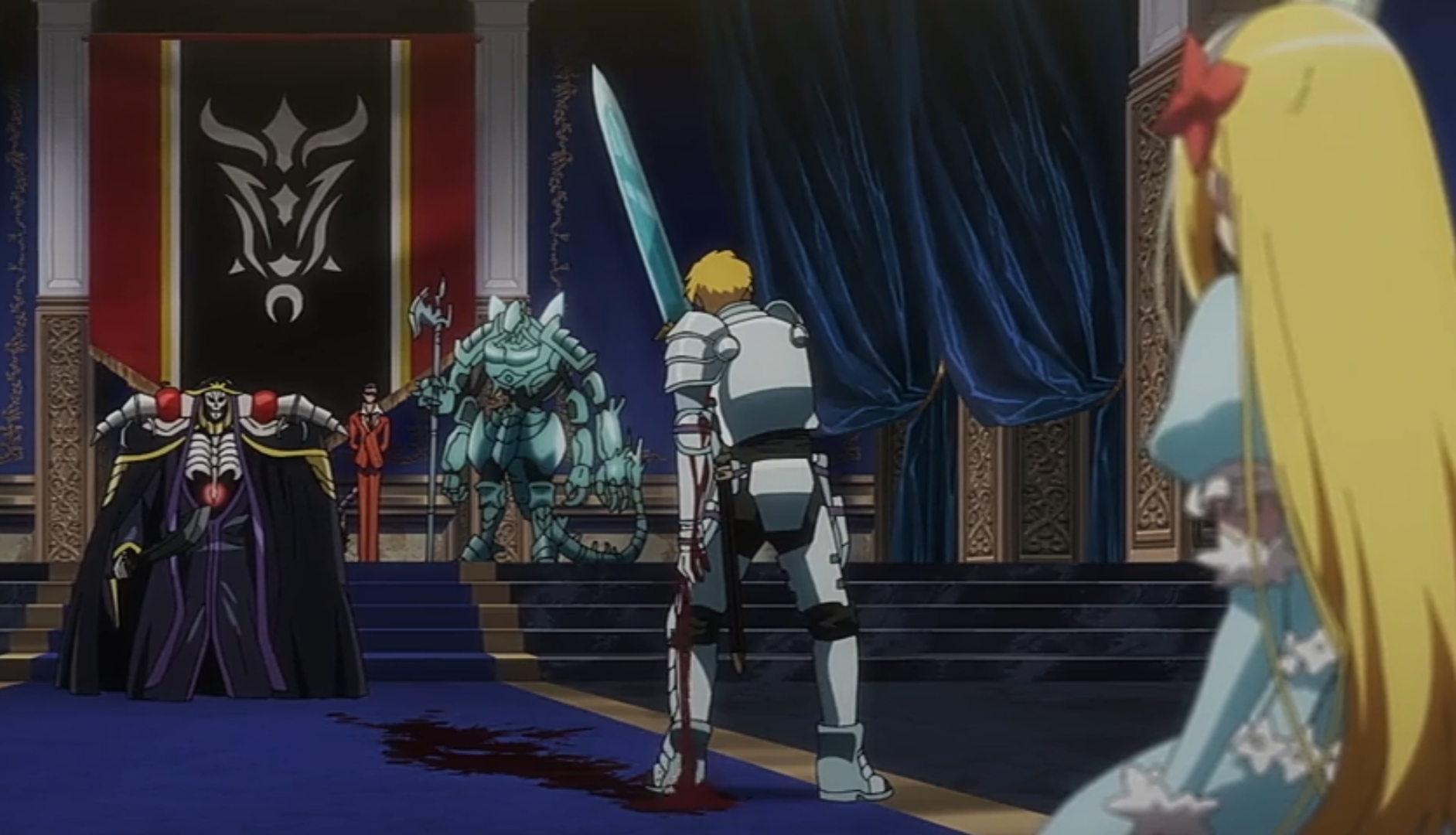 When Climb finally returns to the castle after hiding the treasure he is shocked to learn that Aainz has managed to take control of the Kingdom. Meanwhile, Ramposa is already dead while Renner is crying for his dead father. When Demiurge uses his powers to force him to bow his head in front of Aainz, Climb assumes that he must have used the same ability to get Renner to kill her father. Therefore, Climb challenges Aainz to a duel.

The Sorcerer King surprisingly accepts the duel on the condition that he will take his sword after killing him. When the battle begins, Climb uses the powers of a magical ring to push his abilities to the limit. But when he rushes toward Aainz, he could barely harm him. The one-sided duel does not last long as Aainz ends it within a second when he gets bored.

Overlord Season 4 Finale Ending: How was Renner the Mastermind Behind Re-Estize Kingdom’s Fall? Why Did She Betray Her Own People?

Climb finally opens his eyes after losing his duel with Aainz and finds himself on a bed. He is immediately approached by Renner who informs him that she has been turned into a demon by the Sorcerer King. Climb appears distressed to hear the shocking news but she claims that she did it so that Aainz spares his life. He then adds that she will now live forever, which will be extremely sad if she is all alone.

Therefore, she requests Climb to accept Aainz as the King so that he too can be turned into a demon and achieve immortality. But she does mention that Aainz will test his loyalty by putting him through a painful test. However, Climb is okay with it and accepts everything. As he rests, Renner meets Albedo who gives her the Seed of the Fallen. 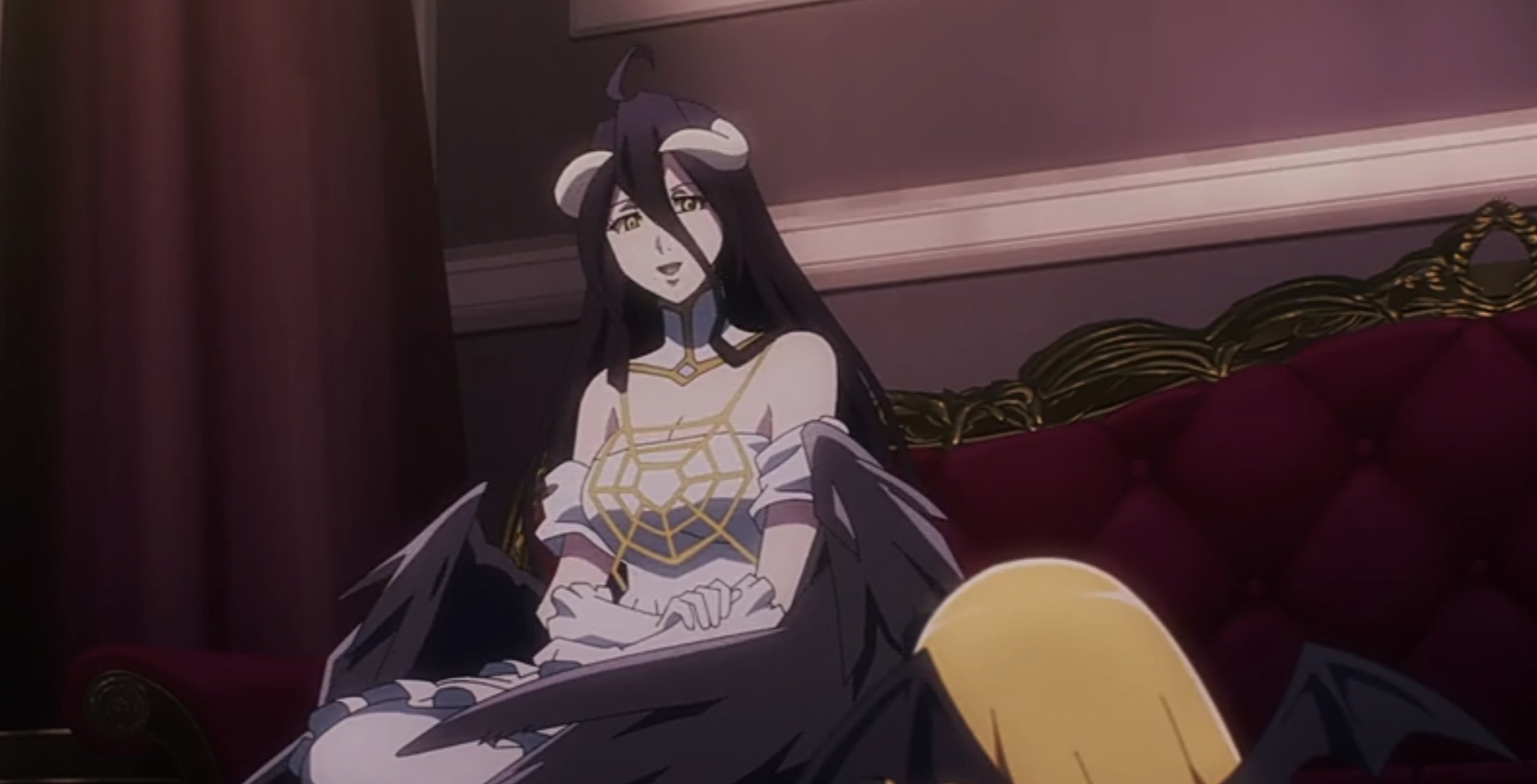 When she thanks her, Albedo mentions that the systematic destruction of the Re-Estize Kingdom the way it happened was mostly her plan. Renner has been secretly collaborating with the Sorcerer Kingdom all this time. All she wanted to get out of this was immortality for herself and Climb so that the two of them can live together. Therefore, Renner not only betrayed the people of the Re-Estize Kingdom but her own family.

Why Does Albedo Torture Philip?

After meeting Renner and handing over the Seed of the Fallen as promised, Albedo heads straight to meet Philip. When he sees her, he is rejuvenated as if expecting her to reward him for his loyalty and past collaboration. Unfortunately, Albedo has something else on her mind. After greeting him, she mentions that there is a special gift waiting for him. Philip assumes that it is a token of thanks for his loyalty and gladly opens the box. 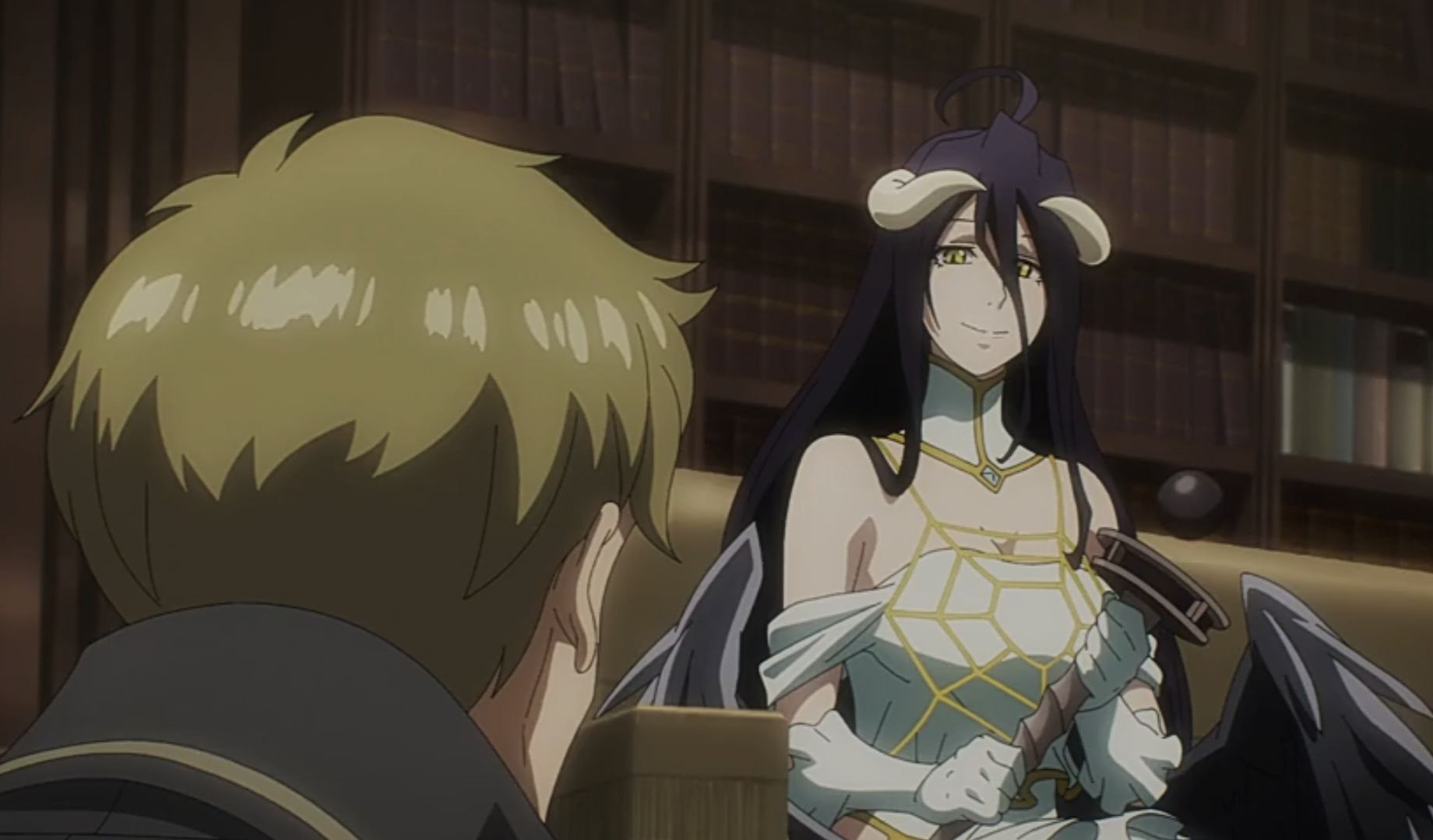 However, he is shocked to see the inside contents as Albedo has literally brought him the severed heads of his people, who have died in the senseless slaughter. Philip realizes the seriousness of the situation immediately but before he could do anything, Albedo gives him a horrible piece of news. She informs Philip that his father in his last moments requested that he must face the consequences of his action.

It was his selfish actions that sparked the fall of the Re-Estize Kingdom in the first place. Therefore, even his father wanted him to suffer for what he has done. So, Albedo delightfully starts torturing Philip without giving him any chance to appeal for his life. Unfortunately, he could barely bear it for long and died soon afterward.

What Happens After the Royal Capital of Re-Estize Kingdom Has Fallen? What Does Aainz Plan to Do With the Kingdom?

After the fall of the Royal Capital, the nobles of the Re-Estize Kingdom realized that it would be a mistake to go against Aainz. Therefore, when they finally get to meet him, they gladly swore their allegiance to him. Aainz who had been merciless until this point decides to let them keep the Re-Estize Kingdom- which is then divided among these nobles. All of them accept the condition to make the once glorious Kingdom a vassal of the Sorcerer Kingdom. Meanwhile, Aainz is finally satisfied that he has sent a strong enough message to other rulers who plans to go against his kingdom or question his rule.