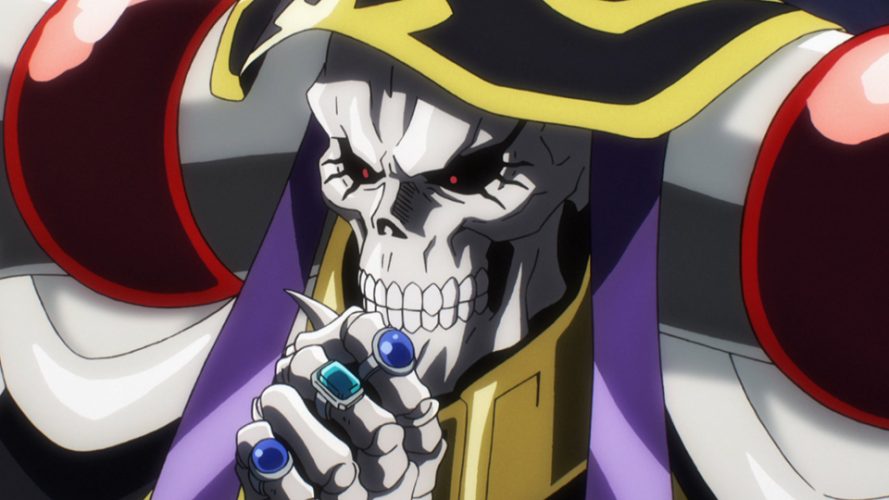 Inspired by the eponymous Japanese light novel series written by Kugane Maruyama, ‘Overlord‘ is an action isekai anime that follows Momonga, a master of the dark guild Ainz Ooal Gown, who is crushed that the developers of his favorite virtual reality game Yggdrasil plan to pull the plug on it for good. Therefore, he decides to spend the last few moments of the Yggdrasil enjoying his time in the game world. But despite passing the proposed shutdown time, he still finds himself in the game world and is forced to accept it as his new reality. Instead of complaining or losing his mind, Momonga decides to accept the situation for what it is and embarks on a journey to take control of this new world.

First released on July 7, 2015, the series is considered one of the best isekai shows of all time and has received critics’ approbation for its captivating storytelling and brilliant character development. Now several years later, the show still commands a massive global fanbase and already has four seasons. Just recently after the premiere of its season four finale, the fans have become quite curious about its next installment. If you wish to learn more about the same, then we have got you covered.

‘Overlord’ season 4 released on July 5, 2022, and concluded about three months later on September 27, 2022. The fourth installment of the show comprises thirteen episodes, each with a runtime of 23 minutes approximately.

In case you are a fan of the show and are eagerly waiting for its return, then unfortunately you have a long wait ahead of you. Studio Madhouse and any other companies involved in the production and distribution of the show have not officially commented on its future so far. However, a new film that recounts the story of Aainz following the events of the season 4 finale was announced all the way back in 2021. It will be adapting the Holy Kingdom Arc and is expected to release sometime in mid-2023.

Like its previous season, the fourth installment of the isekai series has also received critics’ approval and has a very high rating on most online platforms. Furthermore, the popularity of the show has hardly dwindled over the years and it continues to be very famous among anime fans. While these factors appear to guarantee the show’s renewal sometime in the future, the lack of source material will likely push the production back by a few years.

The new volumes of the light novel series are added only once a year in the recent past and the fifth installment needs at least two more books. Therefore, the fans are looking at a multiple-year wait. So, assuming there are no unexpected delays, ‘Overlord’ season 5 will most likely premiere sometime in late 2025 or early 2026.

Overlord Season 5 Plot: What It Can Be About?

In the season 4 finale, Aainz defeats Climb easily in a duel after he returns to the castle to find Ramposa dead while Renner mourns for him by his side. It is later revealed that Renner had colluded with Aainz and his companions to destroy the Re-Estize Kingdom as she sought immortality for herself and Climb so that the two of them could live together forever.

Later Aura finds a demonic item in the city while the Royal Capital slowly falls apart. Albedo finds and tortures Philip, who was originally responsible for the invasion of the Re-Estize Kingdom because of his selfish goals. After the Kingdom finally falls, the nobles pledge allegiance to Aainz and let it become a vassal of the Sorcerer Kingdom.

In season 5, Aainz is expected to continue expanding his influence to other Kingdoms using muscle-power and strategic alliances. However, after working tirelessly for the Sorcerer Kingdom, he will take some time off and go on a vacation with Aura and Mare. Meanwhile, the Slain Theocracy will start a war with the Elven nation, in anticipation of the eventual confrontation with the Sorcerer Kingdom.