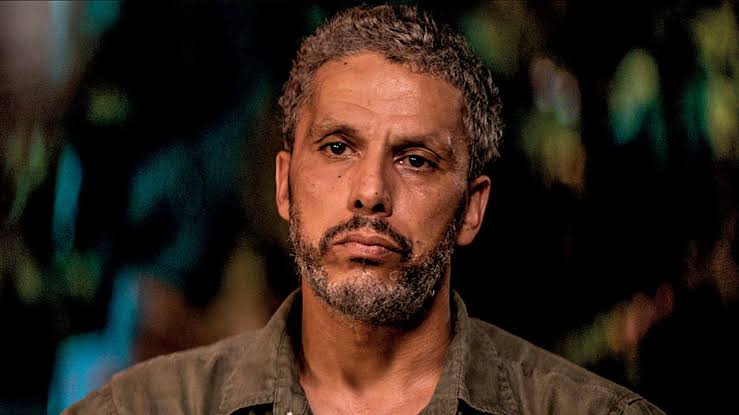 ‘Paradise Beach’ is a French crime drama that tells the story of a group of men who had committed a robbery fifteen years ago, and have to pay the price of it when the black sheep of the team returns. Mehdi is the one who spent all these years in prison so that they can stay safe. He kept his mouth shut because he supposed that this is what any other member of the team would have done. He was holding onto his honour in prison, hoping that they would be doing the same outside.

However, when he returns to freedom, he discovers that not a single penny of their loot has survived. Even though his own brother is one of the people who have to pay him back, he embarks on a ruthless journey to get what is rightfully his.

If you haven’t yet seen ‘Paradise Beach’, you should stop here. There are a number of twists in the story that you don’t want to know about. Head over to Netflix to watch the film now and then come back here to see what the ending means.

At the beginning of ‘Paradise Beach’, we are led to believe that it is about Mehdi’s rightful share of the loot. Having suffered in the prison for fifteen years, it makes sense for him to get what he paid the price for. So, obviously, he is outraged when he is told that all his money is down the drain. His brother tries to convince him that he will get it back one way or another, but it will take a lot of time, which isn’t something that Mehdi intends to spend even a second more of. He has already waited for a decade-and-a-half. Now, it is time for him to get his share.

For a while, the story takes a detour. We see the fights related to Zak’s night club and the girls employed there, and how Mehdi stirs trouble, in spite of being told to stay away from it. But in the end, it turns out that he had planned it all. Every action of his was a step towards getting his money back.

After he upsets a rival gang, the whole team has to face the consequences of Mehdi’s actions. Moussa attacks the night club, he wrecks Winny’s café and kills Slim and other loyal workers of Zak. This agitates everyone and they send their families to a safe place. While looking after Aom, Goyave is attacked and she is kidnapped. The abductors demand ransom, and her father, who is a rich businessman, agrees to pay for it. Once that’s done, he expresses some doubts about Mehdi and moments later is shot dead.

What actually happened is this. On his first day in Phuket, Hicham told Mehdi about his wife and her rich background. Next, he told him that his share of the money was gone. Now, after such a long time, all Mehdi wanted was to get his money, get out of Phuket and settle with Julia in Paris or any other place they wanted to go. But when the whole team agrees on the fact that they have nothing to give to him, he decides to formulate a new plan.

Zak shares his concerns about Moussa’s actions, as well as the anger for not being able to do anything about it. This acts as a perfect starting for Mehdi’s plan. Now, he can get Aom kidnapped and the blame would fall on Moussa. So, he starts the gang war that he was specifically told not to. Then asks them to get their families to safety. Before this, he had called Vinz and Pablo who help him with the abduction. With the money in his hand, he is ready to leave. But then, Aom’s father becomes suspicious of him which means her brother, who is a police officer, sets his eyes on him.

And this isn’t even the whole story. The real twist is that Hicham too had been involved in the abduction of his wife. Looks like he, too, desperately needed that money! But Aom’s brother had been keeping an eye on Mehdi, and when it is reported that the brothers were seen dividing the money amongst them, the whole plan becomes clearer. In the end, both Mehdi and Hicham are shot down by him.

Who Called the Cops?

One of the questions that Mehdi poses in the middle of everything is who betrayed them on the day of the robbery? He tells Zak that it must have been Francky. Of all of them, he was the only one indulged in shadier practices, especially drugs. And maybe, he wanted a fall guy for the heist so that he could escape safely. At first, Zak doesn’t believe it, but when Francky begins to conspire for Mehdi’s death, his suspicions are confirmed. When Francky is confronted about it he kills Zak and Winny.

This convinces us of his guilt, but then, another twist waits for us. When Francky tells everything to Hicham, Mehdi comes out of the shadows, and he says that no one betrayed them. The cops had been following him prior to the robbery, and that’s how they caught up with him.

This means that not only there wasn’t any mole in their team, but also that Mehdi sowed this suspicion intentionally. Francky never liked Mehdi and warned everyone that he would bring them all down. But no one listened to him. Before he could be proven right, Mehdi turned them against him, which eventually led to all of their deaths. Turns out Mehdi really was “no good” man.