Paradise Highway Ending, Explained: What Happens to Sally and Leila?

Written and directed by Anna Gutto, ‘Paradise Highway’ follows the story of a woman who is tasked with delivering a girl to human traffickers in exchange for keeping her brother alive. The film tackles some very relevant themes while delivering a crime drama that culminates in a chase of cat and mouse. Morality emerges as a prominent theme as we scrutinize every character’s actions under the lens of their past trauma. The story invokes empathy for the characters who fall victim to hideous crimes that often happen right under the nose of common people.

The characters succeed in garnering the viewers’ deepest sympathies and concerns about their future. The film is set in the background of a terrible world where no one seems trustworthy, even when it’s an innocent child’s life at stake. We root for the protagonists and hope that things turn out well for them. If you are wondering what happens after the shocking ending of the film, we’ve got you covered. Here we analyze the events of the film and see what that final scene means for the future of its characters. SPOILERS AHEAD

Sally is a truck driver who spends most of her days on the road. The only family she has is her brother, Dennis, who is about to be released from prison in a couple of days. But before that, he asks her to have a package delivered for him. If she refuses to do it, he’ll probably not be able to make it out of prison in one piece. To keep her brother alive and well, Sally refuses to take this final order for him. However, she’s thrown into a moral dilemma when she discovers that the package is actually a young girl named Leila.

While being delivered to Paul, Leila halts the process by shooting him dead. This lands Sally in a very bad situation because now, the traffickers will be after both of them, while also threatening Dennis’ life in prison. When Paul’s body is discovered, FBI agent Finley Sterling, consulted by retired agent Gerick, also starts looking for Sally and Leila. With both cops and criminals on their tails, Sally tries to keep Leila out of sight, but it proves to be a difficult task as Leila seeks to experience the world that she’s just been allowed out in.

Paradise Highway Ending: What Happens to Sally and Leila?

When Sally and Leila met, they had very different perceptions of each other. For Sally, Leila, even though just a little girl, was outright trouble. She knew her brother had landed her in something that was much more dangerous than it was worth, especially after Leila killed the person to whom Sally was supposed to deliver her. With a murder charge on their heads, Sally didn’t know what to do with Leila except to just deliver her to the intended people, as expected. For Leila, Sally was just another person to send her into a very bad life. All she thought about was survival and a possible escape. She didn’t want to go back to living in a cage, which is why she shoots Paul.

With a lot of people after them, Sally and Leila are forced to spend some days in each other’s company, and that’s what changes the dynamic between them. Following Paul’s death, when the situation starts to settle down a little bit, Sally sees that Leila is just another child, and it feels wrong to send her back to the hell that she’d come from. It is especially painful for Sally because she’d had a troubled childhood as well, suffering abuse at the hands of her father. To see that another child was going through something similar and that she was actually aiding it, made Sally question the path she was told to take for Leila.

Sally trusts Dennis to help her, but in the end, it turns out he’d been in on it the entire time. When her own brother betrays her, Sally’s other family comes out in her support. With a van full of girls, Dennis and his accomplice almost run away with Leila. This is until Sally’s trucker friends show up and bar all routes of escape. Utterly disappointed in her brother for subjecting children to unspeakable conditions, Sally decides not to save him anymore. Instead, she gives a call to Gerick.

Gerick knew Sally was the one hiding Leila, but he also knew that she was not the one putting the child’s life in danger. In fact, if he could think of anyone to take care of Leila, it would be Sally. When he arrives on the scene and finds a bunch of other girls, he decides to let Sally slip away with Leila. He’ll have to answer for it to his superiors, but he’s ready to take the fall rather than let Leila go back into the system and become susceptible to landing in such trouble again. Moreover, Sally was already ready to take Leila under her care, so much so that she sold her trailer to pay off the traffickers. So, leaving the rest of the girls to be taken care of by Gerick and Sterling, Sally and Leila ride away before the local police show up.

What Happens to Dennis? 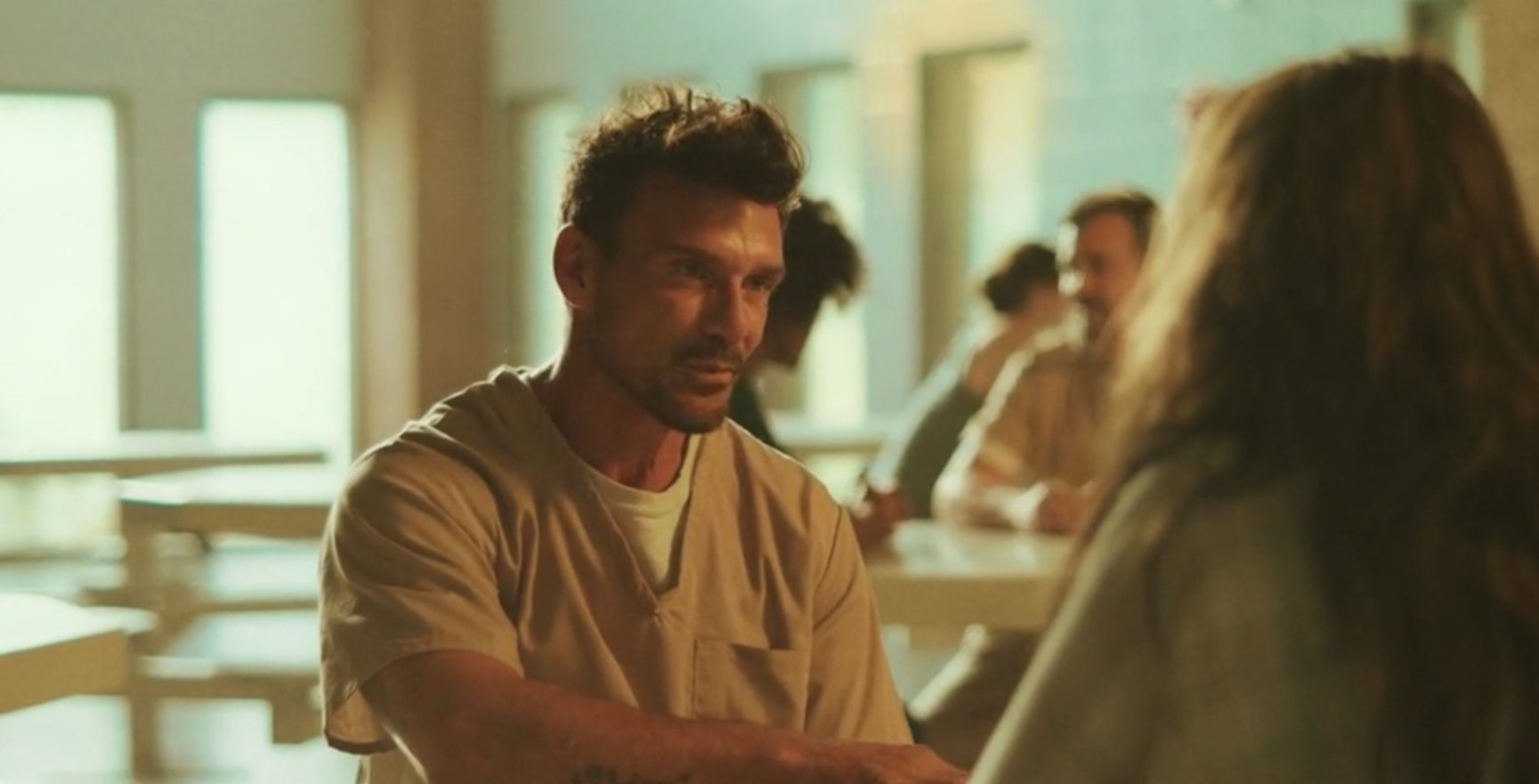 The main catalyst of the events in ‘Paradise Highway’ is Dennis. He is in jail and to save him from being beaten up or killed there, Sally makes some deliveries on his behalf. She’s been doing that for the entire time that he was in jail not just because he’s her brother, but also because she believes it’s her turn to take care of him. As children, they were abused by their father, as evident from the cigarette burns on their hands and the trauma that Sally still carries, refusing to go back to the house that they grew up in. To save Sally, Dennis would bear the brunt of their father’s cruelty. He saved her when she was in trouble, so now, Sally feels obligated to save her brother when he’s in trouble.

Her dedication also works on the fact that she believes her brother genuinely wants to reform. Once he’s out of prison, he’ll leave his criminal ways behind. No matter what he’s done before, she expects him to do the right thing, especially when it concerns a child. This is why she’s in a shock of a lifetime when it turns out that not only did her brother stage the scene to look like the traffickers were not going to let go of Leila, but he also actively helped them in the trafficking of other children. He’d duped Sally into believing that he was a good guy and that he’d help her save Leila.

After everything she’s done for him, Sally decides that whatever she owed him is also done. She doesn’t want to destroy her own life and that of a bunch of other children just because he is her brother. So, she happily turns him in, knowing that he is going to spend some time in prison. This time, however, she won’t warm up to the idea of paying him visits or doing him any favors, no matter what he says. He made his bed, and now he must lie in it.

Read More: Is Paradise Highway Based on a True Story?