Is Paradise Highway on Netflix, HBO Max, Hulu, or Prime? 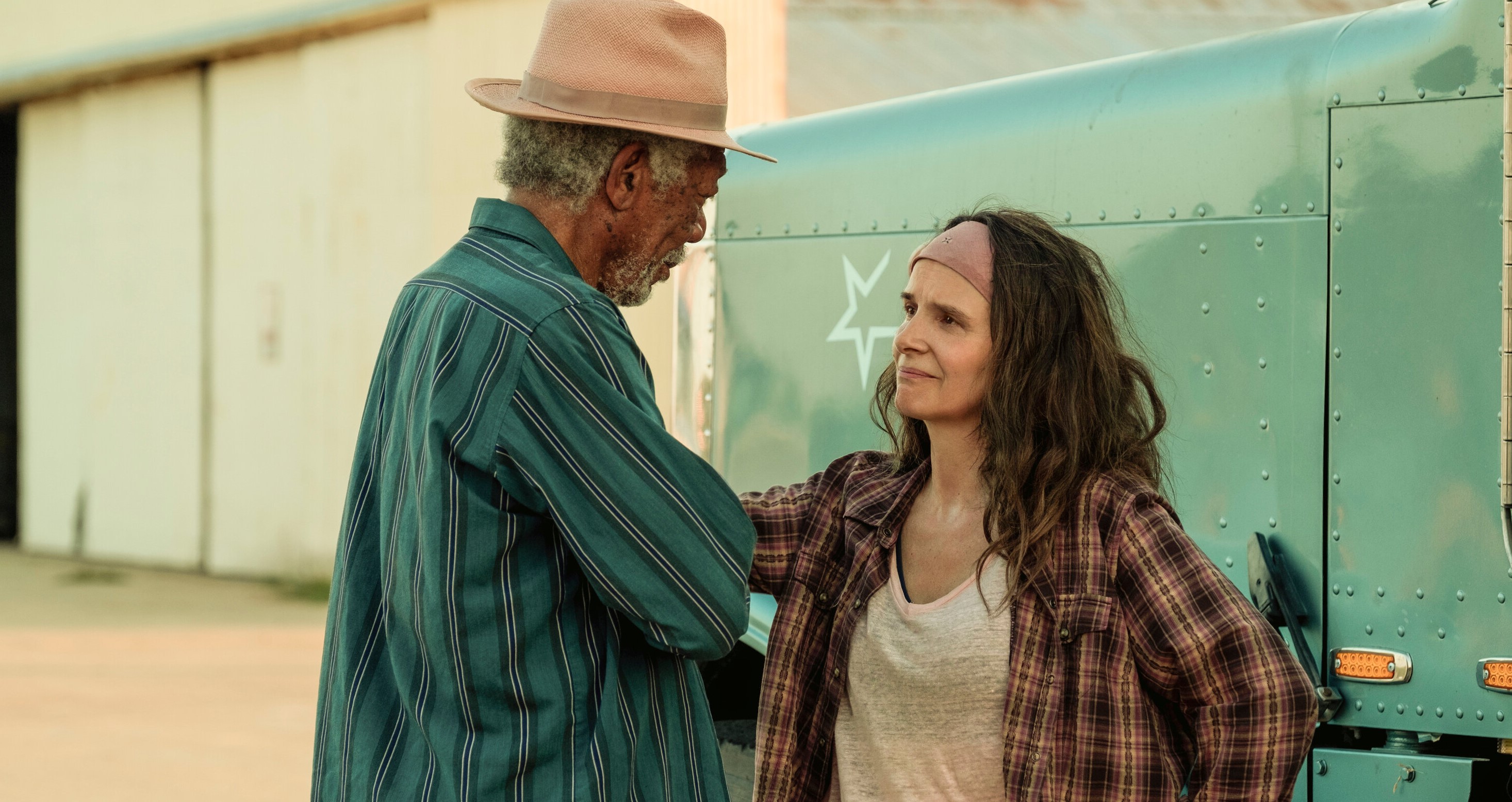 ‘Paradise Highway’ is a crime thriller movie that revolves around a female truck driver who is forced to smuggle illegal cargo in her truck to save her brother from a dangerous prison gang. Written and directed by Anna Gutto, the movie features stellar performances from some of the industry’s heavyweights, including Morgan Freeman, Juliette Binoche, Frank Grillo, Cameron Monaghan, and Hala Finley. If you are a fan of the actors or the genre, you must be looking forward to learning more about this action thriller, including how to watch it. If that’s the case, you might be interested in what we have to share!

What is Paradise Highway About?

Set in the trucking industry and its ties to the human trafficking scene, the narrative follows Sally, a truck driver who has no choice but to move a young girl named Leila as illicit cargo in her truck to save her locked-up brother from a deadly prison gang. However, both women face bumpy roads ahead as Gerick, an FBI operative, trails them in hopes of ending the human trafficking operation once and for all and consequently bringing Sally and Leila to safety. Now that you are more than interested in knowing how things end, here are all the ways you can watch the movie online!

Is Paradise Highway on Netflix?

Unfortunately, ‘Paradise Highway’ is not available for streaming on Netflix. Nevertheless, it should not stop you from watching similar thrillers that the streaming giant houses. We recommend you watch ‘I Am All Girls‘ and ‘7 Prisoners.’

Is Paradise Highway on Hulu?

Hulu subscribers will have to look for ‘Paradise Highway’ on other platforms as it is not a part of this streamer’s extensive collection of movies and TV shows. If you are in the mood for something along the same lines as this thriller, you might want to check out ‘Taken‘ and ‘Safe.’

Is Paradise Highway on Amazon Prime?

Even though ‘Paradise Highway’ is not included in Amazon Prime Video’s regular offering, you have the option to purchase the crime thriller on the streaming giant by heading here! Meanwhile, you can turn to other alternatives that are included in your regular subscription, such as ‘The Silencing‘ and ‘The Marksman.’

Is Paradise Highway on HBO Max?

HBO Max subscribers might be disappointed to know that ‘Paradise Highway’ is unavailable for streaming on the platform. But thanks to its massive content catalog, you can turn to similar movies on the streamer. You might enjoy watching ‘Spartan.’

Where to Watch Paradise Highway Online?

Apart from being released theatrically, ‘Paradise Highway’ has also been released on several VOD platforms. Thus, you can buy or rent the Morgan Freeman-starrer on Vudu, Spectrum on Demand, Google Play, Microsoft Store, and YouTube. However, if you would like to have a more immersive viewing experience, you can check out show timings and book tickets on the movie’s official website and Fandango.

How to Stream Paradise Highway For Free?

Since ‘Paradise Highway’ is unavailable on any other streaming platform than the ones mentioned above, there is currently no way for you to stream the movie for free. What you can do is hope for it to land on any digital platforms offering a free trial to their new subscribers. Having said that, we encourage our readers to pay for the content they wish to consume rather than turn to illegal means to do the same.