Investigation Discovery’s ‘Ice Cold Killers: Permanent Frost’ follows the brutal murder of 29-year-old Patricia Parkin in December 1995 in Camden County, New Jersey. Surprisingly, the investigators had to wait more than seven years before finally catching the perpetrator. Now, if you are interested in knowing more about the case, including the killer’s identity, we have your back. Let’s begin then, shall we?

How Did Patricia Parkin Die?

Patricia Parkin was born on October 31, 1966, to John W. Parkin and Helen P Boyle Parkin. She went to Saint Francis De Sales Regional School in Barrington, New Jersey, and dropped out of 12th grade at Triton Regional High School in Runnemede. After her baby daughter, Melissa, was born, the single mother returned to school and became a full-time student at Camden County College, Blackwood. Melissa’s father had, unfortunately, died three days after her birth due to a sudden heart attack.

In December 1995, 29-year-old Patricia was three weeks away from completing her first semester. She dreamed of becoming an X-ray technician and recently took an examination at Memorial Hospital of Burlington County in Mount Holly to get into a radiology training program. Patricia’s family reminisced about how devoted she was to her daughter and spent all her free time with her. Hence, it was a shock when she went out on December 2, 1995, and did not return home.

According to local news reports, Patricia’s family filed a missing person report with Bellmawr police three days later. To everyone’s dismay, four boys out sledding near Irish Hill Road and East Clements Bridge Road found her frozen body in a remote wooded area near an industrial park. The medical examiner determined she died of blunt-force trauma caused by a severe beating and hypothermia. Moreover, her full bladder indicated she froze to death, having been left half-dressed in the cold and snow. The investigators noted her book bag was also missing.

When John went to report his daughter missing to the Bellmawr police on December 5, 1995,  law enforcement officials took it lightly since Patricia was 29 at the time. However, the bereaved father revealed an ugly truth regarding his daughter’s past – she was a recovering alcoholic. Patricia was living with her parents at the time, and John had dropped her at an Alcoholics Anonymous meeting on the day she went missing. Urged by the family, the police officers looked into her disappearance to find she was last spotted at a local bar in Glendora in the late hours of December 2, 1995. 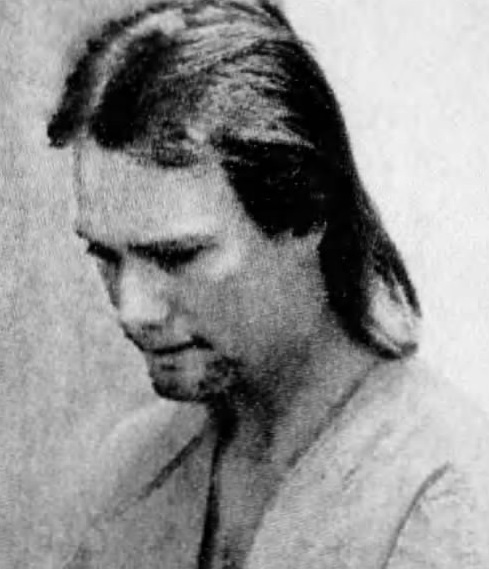 The officers went to the bar and questioned the bartender to learn Patricia was seen talking with a part-time bar employee named Rick Rollins. They got around to him and discovered that the victim was in a particularly jolly mood that night and was socializing with other people too. Rick claimed he had nothing to do with Patricia’s disappearance and presented the police with an alibi that checked out. Regardless, he alleged she was seen leaving the bar with an individual named Charles “Lee” Heitzman.

Charles lived near the bar, and the officers discovered he was not home. His girlfriend, Vanessa Peterson, stated he worked for a moving company and was in Kentucky. Charles returned home after several days and came down to the station to answer questions. He admitted to meeting Patricia but claimed he returned home at around 11:30 PM on December 2, 1995. His erstwhile girlfriend, Vanessa, corroborated the claim.

Meanwhile, investigators discovered Charles had a criminal history involving drug possession, but nothing indicated he could commit murder. Although, he came under suspicion when he refused to take a polygraph and lawyered up. Besides, when Vanessa stopped cooperating, the investigators tracked down Charles’ trucking partner, Jim Bolio, who failed the polygraph. Upon being presented with the result, he demanded a lawyer, and the investigators had to pause the investigation.

The case went cold for almost seven years, after which a new set of investigators approached Vanessa. Now Charles’ former girlfriend, she confessed he had brought Patricia home on the night of December 2, 1995. The police also rounded up Jim, who admitted that Charles had confessed to him about murdering a woman the previous night. When he mentioned the suspect dumping Patricia’s hoodie and book bag in a garbage dump, the investigators finally had credible evidence against him.

Investigators obtained a warrant and arrested Charles, who confessed to the homicide. He stated that Patricia came home with him, and when Vanessa retired, he tried to coerce the victim into getting intimate with him. When she refused, he physically assaulted her, and she fell unconscious, making him believe he had killed her.

Charles Heitzman buried an unconscious Patricia in the snow and disposed of her clothes and other belongings the following day. He claimed he did not know she was alive and froze to death because of his actions. In 2003, Charles pleaded guilty to aggravated manslaughter and was sentenced to 25 years in prison. Nevertheless, he only served twelve years and died in prison on October 31, 2014, coinciding with Patricia’s 49th birthday.