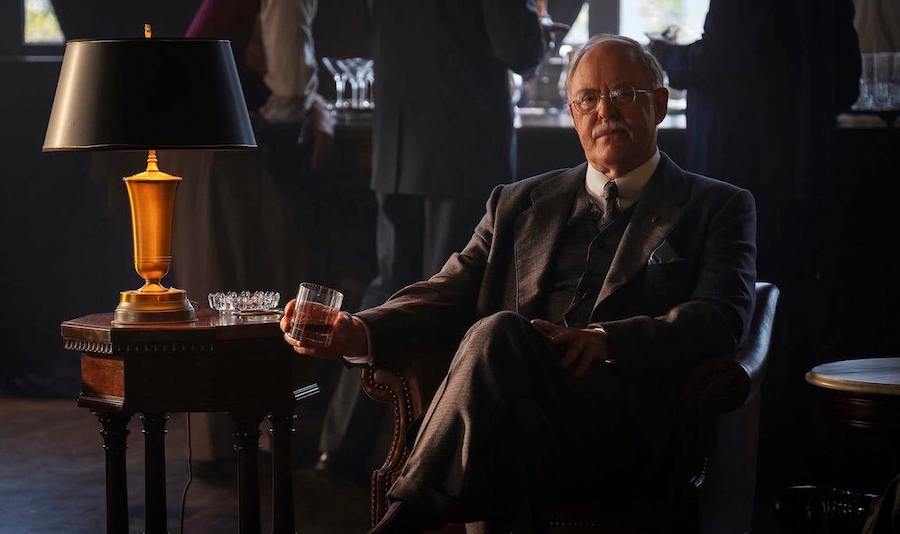 The first episode of ‘Perry Mason’ had been about constructing a mystery that propels the story forward. But with the following episodes, it became more character-centric, allowing us to be intimately familiar with everyone involved in the events surrounding the death of Charlie Dodson. It kept us in touch not just with Mason’s backstory, but also gave us reasons to love and hate other characters, even if they don’t get as much screen time as compared to the titular character. This investment pays off in the fourth episode of the series, promising more emotional arcs in the future.

After her declaration of resurrecting Charlie Dodson, Sister Alice faces flak from her congregation about her blasphemous claims. Her mother tries to persuade her into taking back her statement and blame the hallucination on the fit, but things don’t go as planned. Meanwhile, E.B tries to come up with the bail money for Emily but fails to do that. When Maynard Barnes threatens to open his closet full of skeletons, he is forced to take a severe step to ensure that he doesn’t do wrong by Emily. Mason follows up on the revelation about George Gannon’s death and finds a way to get a second autopsy done on the body which would prove that Gannon was, in fact, murdered.

Reaching its mid-mark, ‘Perry Mason’ starts to tie up some ends before focusing on its next half. It also pushes the story further with more force, raising the stakes for the characters. Starting with Sister Alice, whose arc by far has continued to baffle me as to the relevance of the story despite my love for Maslany, the show reaches a delicate situation where things are not looking very good for the preacher. The larger than life persona created for her brought her immense popularity and dedication of the people who were swept away by her invigorating speeches, but the same thing threatens to be her undoing now. In the previous episode, she had claimed that she heard the voice of God, who told her that she would be bringing little Charlie Dodson back from the grave.

While there is still time before we find out exactly how she plans to resurrect the dead child, the show focuses on the divide within her ranks and her following. The rich men who have been supporting her and her mother and have, no doubt, been getting more out of their association, express their desire for Sister to take back her words and accept that her vision was nothing more than a fit of epilepsy, something that she has a history of. The churchgoers, too, take extreme stands about her claims. They either believe in her irrevocably or they paint her a blasphemer who has bitten off more than she could chew. Alice struggles under the pressure of listening to her conscience, which is convinced that God spoke to her, and buckling under the pressure of her investors who want her to lie.

We see a similar tug-of-war for Emily Dodson’s lawyer, E.B Jonathan. The previous episode had already hinted on how he was slacking, with a hint about his degrading health. He had been trying to keep his head up and not drown under all the things working against him at the same time. He had an innocent woman in prison who couldn’t be bailed out. He quickly lost his friends and was always one step behind the DA who is hell-bent on pinning everything on the mother and her dead lover. To make things worse, E.B’s past transgressions are dug up and used against him in a way that will either save him or Emily Dodson. In this episode, the show allows more time to bring forth the intense struggle inside him. He comes close to bowing to his opponents and do their bidding, but Emily’s innocence stirs him back to do the right thing.

In some senses, the show creates a parallel between Sister Alice and E.B Jonathan, both of whom are put on trial, with the common thread for both of them supporting Emily. But while one gets strength from the unwavering belief of one of her followers, the other has to deal with his problems alone and cave under them. E.B’s fate was not unexpected, especially after the third episode. We could see where things were headed for him, but how they go there is what this episode focuses on and surprises us with. Credit goes to John Lithgow, who in the matter of just four episodes, created a repertoire for his character that made us care for him even if we barely know anything about him out of his work. The antagonists, too, helped his case by being their reviling self and inciting more sympathy for the helpless lawyer who is being repressed by the system.

The fourth episode also allows Perry Mason to catch up with the audience and figure out the identity of the fourth man. Now, he knows that Ennis was the one they were looking for all along, which also explains why the cops were so committed to closing the case with all the blame dropped on George Gannon and Emily. The question that remains is: what next? Who is behind Ennis, the kidnapping, and the murder? One could say that the show has been beating around the bush since the first episode, and that would have been enough to complain about had it not been for the actors who keep us engaged with their characters, effectively forcing us to return to them every week. But now that everyone has caught up with the events, the series has more to offer with the next episode, and, hopefully, it will pick up the pace.