In April 2004, a seemingly happy household in DeLand, Florida, was shattered when the patriarch was found dead. Phillip Rodgers was killed in his bedroom, and what came to light was a shocking plot to have him killed, all planned by the people he thought he could trust. Investigation Discovery’s ‘Blood Relatives: Sex, Lies and Videotape’ delves into the reasons behind Phillip’s death and how the authorities got to the bottom of the mystery. So, let’s find out what happened then, shall we?

How Did Phillip Rodgers Die?

Phillip G. Rodgers was born in August 1955, and at the time of the incident, he was living in DeLand, Florida. Phillip was described as a kind man who was well-known and well-liked within the community. He had been married to Teresa Rodgers, and they lived together with her son, Joshua Puckett. Phillip had great ties to the people there and worked as a frozen foods deliveryman.

Sometime during the day, on April 21, 2004, Teresa’s brother came by to check on Phillip, only to make a terrifying discovery. The house was in disarray, and it seemed like someone had ransacked it. In the bedroom, the brother found 48-year-old Phillip in bed in a pool of blood and called 911 right away. First responders arrived at the scene and declared him dead. The cause of death was a single gunshot wound to the back of the head with a .38-caliber firearm.

According to the show, the authorities noticed a price tag for a gun in the bedroom confirmed to belong to Phillip. However, the firearm was missing. The brother, John Whidden, told the police that Teresa had checked herself into the hospital that day and had asked him to check on her husband, which was when he found Phillip dead. The authorities then began looking into Phillip’s personal life to glean clues regarding what led to the murder.

The couple reportedly had an “open marriage” and often spent time with other partners. At the time of the incident, Teresa had been seeing Gary Clegg. Upon questioning, he pointed the finger at Teresa, Joshua, and one of Joshua’s friends, Justin Tucker. According to him, the three had discussed killing Phillip multiple times and planned it all out in front of him. Gary added that Teresa used to say things like, “I don’t want Phillip in jail. I stand more to gain by having him dead.” However, he didn’t take them too seriously at the time.

The authorities eventually believed that Phillip’s life insurance was the motive for Teresa, who manipulated her son and his friend into taking part in the killing. At the time, she alleged that Phillip was abusive. Justin, who spoke to the police after his arrest, stated that Teresa offered him $10,000 for his help, and Joshua offered him $10,000 more. As for Joshua, his mother promised to give him $30,000 in addition to Phillip’s treasured car — a Chevrolet Monte Carlo SS. As per the show, he was supposed to gift it to Joshua but changed his mind, which angered the kid.

Another friend of Joshua’s, Curtis Rhoades, was also involved; he tried to find a hitman but failed. The authorities believed that Joshua and Justin snuck into the home at around 1:30 am on April 20, 2004, and looked for money and valuables. Then, Joshua used Phillip’s .38-caliber handgun to fire once into the back of his stepfather’s head. The following day, the two drove down to a desolate area and burned down the clothes they wore during the murder. Justin later led the police to that location.

Where Are Teresa Rodgers and Joshua Puckett Today?

In November 2005, Teresa Rodgers, then 43, pleaded guilty to solicitation to commit murder, conspiracy to commit murder, armed robbery, and second-degree murder. She was believed to be the mastermind that convinced the other two to kill Phillip. In February 2006, Teresa was sentenced to serve 40 years behind bars. Prison records indicate that she remains incarcerated at Lowell Correctional Institution in Ocala, Florida. Teresa will be eligible for release in December 2038. 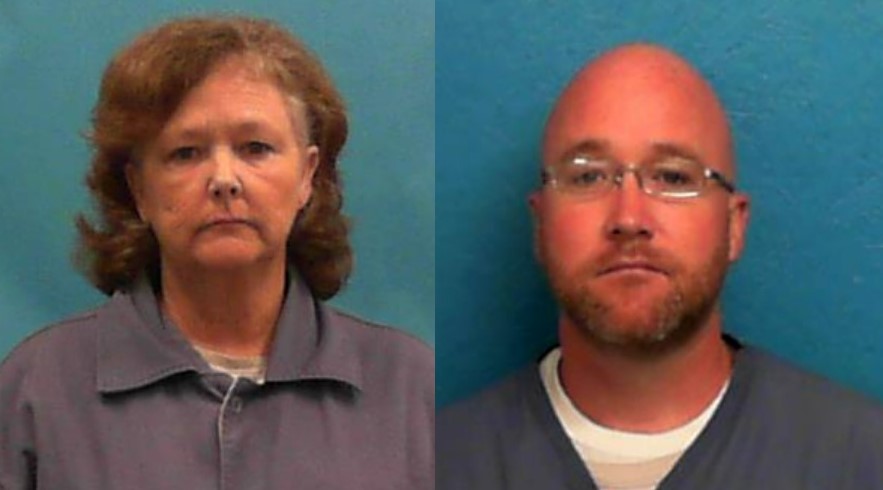 Joshua and Justin pleaded guilty to second-degree murder and armed robbery. In February 2006, then 20-years-old, Joshua received a 25-year sentence, the same as Justin. It was reported that at the time, each pointed to the other as being the triggerman. Joshua has since been released from prison; he reportedly became a free man in April 2021. For now, he lives in Lake Helen, Florida, and has kept himself out of trouble.