Where Is Porter Stansberry Today? 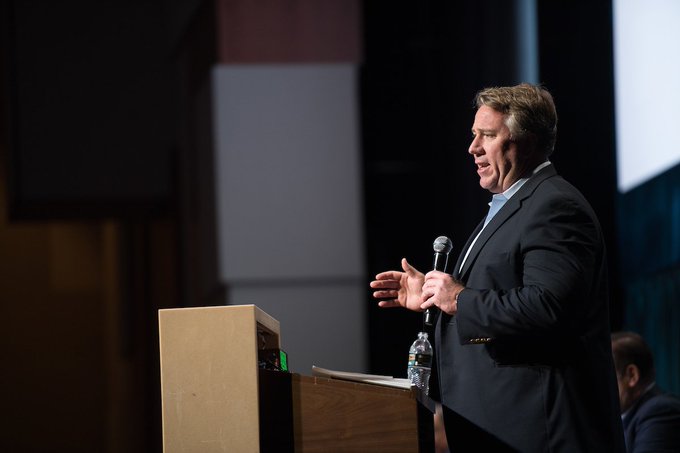 The mysterious death of Rey Rivera has been astounding people interested in mysteries ever since 2006. Not just because the case is still unsolved but also because so many aspects of his death are incompatible with what the evidence suggests. The cause of his death is undetermined because it could not be ruled as either a suicide or a homicide, but the also police found nothing that would directly suggest foul play.

All these aspects and more were discussed in episode 1 of Netflix’s reboot of ‘Unsolved Mysteries.’ Rey’s family and some officials gave us the complete account of his death to help us understand the case more, but the most intriguing person that was mentioned throughout the episode was Porter Stansberry.

Who Is Porter Stansberry?

Born February 2, 1970, Frank Porter Stansberry is a financial publisher and author. He founded Stansberry Research (previously Stansberry & Associates Investment Research), a private publishing company based in Baltimore, Maryland, in 1999. More importantly, though, especially in this scenario, he was the childhood friend of Rey Rivera.

Rey and Porter both played water polo together when they were teenagers, and they formed a friendship that seemed unbreakable even after more than a decade and a half together. Porter was always the financial guy – he was into business, so that’s what he did. But, Rey, even though he was book smart and really intelligent, he wanted to be creative, be a filmmaker – a writer and director.

Porter didn’t want to leave his friend behind, though, so for years, he persuaded Rey to join him and his company. He was persistent, so when Rey’s career was at a standstill, he and his new wife, Allison, conceded. They packed up their bags and moved from Southern California to Baltimore. The couple found a good home and they were happy together.

But, on May 16, 2006, when Rey disappeared and was days later found dead, everything changed. Even though we know that Rey left his home in a hurry after receiving a call from his office, Porter refused to cooperate with the police and even lawyered up so that no one, not even his employees could talk to them.

Where Is Porter Stansberry Now?

Even after all the drama and scandals, the 50-year-old is still residing in Baltimore, Maryland, working as the founder of Stansberry Research. His best friend tragically passed away and the SEC brought a case against the company for securities fraud which led a federal judge fining him $1.5 million, but Porter is still doing his best to focus on his work.

In 2011, he created an online video and infomercial titled “End of America,” which was 77 minutes long and he currently serves as the author of the monthly newsletter, Stansberry’s Investment Advisory, which covers investments and investment theory in commodities, real estate, and the stock market. Porter also regularly contributes to Daily Wealth and The Growth Stock Wire, which are other Stansberry Research publications.

He became the first American editor for the Fleet Street Letter, Britain’s longest-running financial newsletter, and is also a frequent contributor to WorldNet Daily. In June 2017, Stansberry Research began publishing a financial and political online opinion magazine, American Consequences, for which Porter is listed as a Contributing Editor.

As for his personal life, he has kept all of that very private, from everyone. For years, Porter has refused to talk to the police, the media, or any publication about what happened to Rey, and to this day, he remains to keep everything he knows about his sudden passing, if anything, to himself. (Featured Image Credit: Porter Stansberry / Twitter)