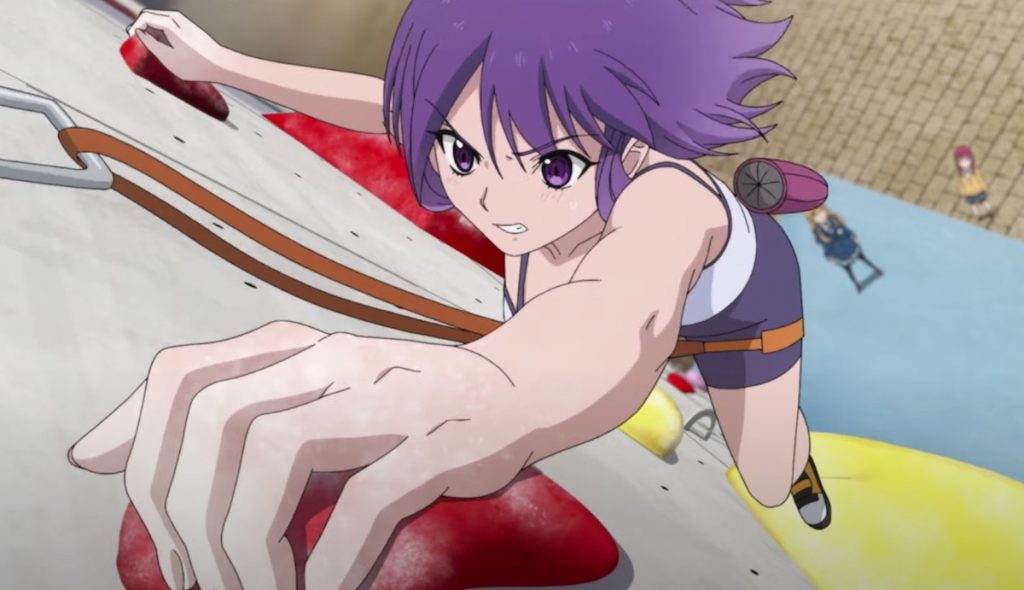 Every once in a while, anime creators take the risk of introducing a whole new sport to anime viewers. While we’ve seen enough basketball anime already, mountain climbing is one sport that remains untouched. Until now. ‘Hang On! Climbing Girls,’ as the name suggests, introduces to the quick-paced sport of mountain climbing where young high school girls compete against one another to strike gold.

Will it be as good as legendary sports anime such as ‘Haikyu’? Will it be able to surpass the fandom that ‘Ahiru no Sora’ has garnered in such a short period? Well, we’ll soon find the answers to these. On that note, if you’re looking for something new in the sports anime genre, this one should be somewhere on top of your watch list. And to make sure you don’t miss out on it, read on further to know all about its first episode.

Hang On! Climbing Girls Episode 1 Release Date: When will it premiere?

‘Hang On! Climbing Girls’ anime series is directed by Tetsurō Amino, who is also known for his work on ‘Arslan Senki’ and ‘City Hunter.’ Touko Machida, who has previously worked on ‘7 Seeds’ and ‘Dive,’ is handling the series composition. Yoshihiro Watanabe is responsible for the character designs while Tsubasa Ito is seeking the music composition of the series.  When it comes to the opening theme of the anime,  Aina Suzuki has performed it. The closing theme, titled  “LET’S CLIMB↑” is a creation of  Sumire Uesaka, Yui Ishikawa, Suzuki, and Miyu Tomita.

Where to Watch Hang On! Climbing Girls English Dub Online?

Crunchyroll will start streaming ‘Hang On! Climbing Girls’ on October 4, 2020 in North America, Central America, South America, Europe, Africa, Oceania, the Middle East, and the Commonwealth of Independent States. And Ani-One will stream the anime on its official Youtube channel in South Asia and Southeast Asia.

‘Hang On! Climbing Girls’ centers on Konomi Kasahara, who is a high school junior. Throughout her school life, she has landed several accolades in competitive puzzle tournaments and is now somewhat of an expert. But in high school, her interest slowly starts drifting away from puzzles. The sport of mountain climbing now grabs her attention and she starts “climbing” up ranks in that as well. Surprisingly for her, not only does her natural athleticism help her but also her skills as a puzzle maker. But since she’s still new to the sport, does she have what it takes to be the best?

Read More on Anime Preview: By the Grace of Gods Episode 1