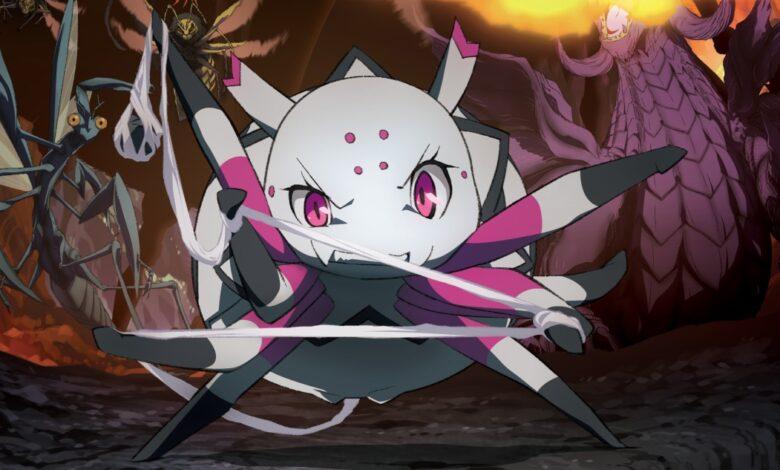 Based on a Japanese light novel series written by Okina Baba and illustrated by Tsukasa Kiryu, ‘Kumo desu ga, Nani ka?’ or ‘So I’m a Spider, So What?’ is a fantasy isekai anime. It revolves around a nameless protagonist who reincarnates in an alternate world as a dungeon spider. She quickly figures out how this new world works and becomes one of its most powerful entities. The anime premiered on January 8, 2021. Here is everything you need to know about its upcoming episode.

‘Kumo desu ga, Nani ka?’ episode 20, titled ‘This Isn’t My Fault, Is It?’, is set to premiere on May 28, 2021, on AT-X, Tokyo MX, BS11, KBS, SUN, and TVA. Millepensee Studios developed the anime. Jōtarō Ishigami produced it, with Shin Itagaki serving as the director and Okina Baba and Yūichirō Momose as the writers. Shūji Katayama composed the music, and Kii Tanaka handled the character designs. The first 12 episodes have Riko Azuna’s “Keep Weaving Your Spider Way” as the opening theme and Aoi Yūki’s “Do Your Best! Kumoko-san’s Theme” as the ending theme. The other 12 episodes have Konomi Suzuki’s “Bursty Greedy Spider” as the opening theme and Watashi / Kumoko’s (Aoi Yuuki) “Genjitsu Totsugeki Hierarchy” as the ending theme.

Viewers outside Asia can watch the series on Crunchyroll and VRV with original Japanese audio and English subtitles on the same day of their airing in Japan. ‘Kumo desu ga, Nani ka?’ is available for viewers in Southeast Asia on Medialink’s Ani-One Asia’s YouTube channel and Bilibili. Portuguese and Spanish subtitled versions are also available on Crunchyroll. In Japan, the episodes can be watched on Netflix Japan with Japanese audio and subtitles. On February 19, 2021, English, French, German, Portuguese, Spanish, and Russian dubbed versions started streaming on Crunchyroll.

In episode 19, in the past, the people of Keren County have begun revering Kumoko as the Divine Beast, much to her discomfort. In the present time, Shun and his group arrive at the Elf Village through a hidden portal and are stunned to find that Potimas is still alive. When Filimøs is not with them, Karnatia questions her motives. The following day, they meet other reincarnations, and it is revealed that many of them share her skepticism.

In the past, Potimas visits Sophia’s home and realizes that she is a reincarnation. He wonders if Ariel knows about the reincarnations and has sent the Nightmare to protect Sophia. Meanwhile, realizing that her parallel brains have weakened Mother, Kumoko attacks and kills her. The episode ends as Ariel discovers Mother’s lifeless remains and vows revenge. In episode 20, in the past, Kumoko and Sophia might meet each other, and Ariel might come after Kumoko. In the present time, the Elf Village might get attacked.